Who is Richest The Hills Cast Member? 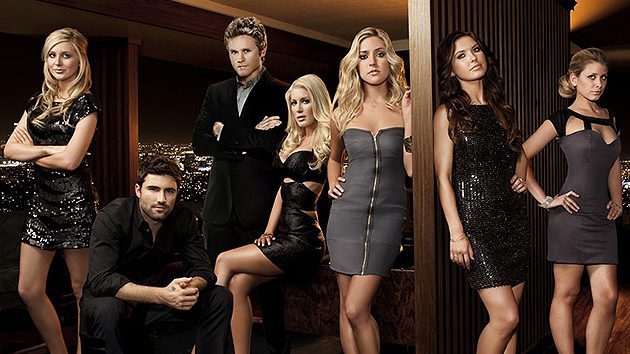 Created by Adam DiVello, ‘The Hills‘ is an MTV original reality series that follows the personal and professional experiences of several young men and women as they venture out into the real world while residing in Los Angeles, California. Developed as a spin-off to ‘Laguna Beach: The Real Orange County,’ this show has focused on many people over the years, especially with its sequel, ‘The Hills: New Beginnings,’ having premiered in June 2019. So now, if you’re curious to know the career trajectory and net worth of all the cast members, we’ve got the details for you.

Kristin Cavallari has been a part of the entertainment industry since she was a teenager. While attending the Laguna Beach High School, she was cast on ‘Laguna Beach: The Real Orange County,’ after which she joined ‘The Hills.’ Since then, she has been a part of numerous movies and TV shows, but her most celebrated achievement has been her reality series, ‘Very Cavallari,’ on E!

Kristin is also the founder of Uncommon James, a brand that sells jewelry and home goods, Little James, a clothing line for children, and Uncommon Beauty. Furthermore, she is the author of ‘True Roots,’ ‘True Comfort,’ and ‘Balancing in Heels: My Journey to Health, Happiness, and Making it all Work.’ Hence, it comes as no surprise that her net worth is estimated to be $30 million, making her the richest cast member of ‘The Hills.’

The Jenner and Kardashian families are some of the most famous faces in the United States of America, and even though not all of them receive the same level of attention, every one of them has clung to fame. For Brody, he has made a name for himself via unscripted reality television, having starred on ‘The Princes of Malibu,’ ‘The Hills,’ ‘Bromance,’ and ‘Sex With Brody.’ Moreover, he has also been a model, with successful stints for Guess clothing, Agent Provocateur underwear, and Cosmogirl magazine, raising his net worth to $10 million.

Audrina Patridge rose to fame with ‘The Hills,’ establishing herself as the only cast member to appear in all six seasons and its reboot. Following the show’s success, she tried to enter the entertainment industry as an actor but was rather ineffective. She landed roles in movies like ‘Sorority Row’ (2009), ‘Into the Blue 2: The Reef’ (2011), and ‘Scary Movie 5’ (2013), and even managed to land her own reality show, ‘Audrina,’ on VH1, but it was canceled after a single season. Audrina also competed in season 11 of ‘Dancing with the Stars,’ and finished in seventh place. All of this has placed her net worth at a staggering $5 million.

With titles like television personality, fashion designer, podcaster, author, and entrepreneur in her resume, it is no surprise that Whitney Port’s net worth is what it is. After working for Teen Vogue, Diane von Fürstenberg, starring on ‘The Hills’ and ‘The City,’ and launching her own clothing line, Whitney Eve, Whitney wrote and published ‘True Whit: Designing a Life of Style, Beauty, and Fun’ in 2011. Now, though, she is the host of the ‘With Whit’ podcast, a YouTuber, and the founder of her sustainable loungewear brand, Cozeco.

Mischa Barton is an actress through and through. Before she became the “It Girl” in the early 2000s, thanks to her role of Marissa Cooper on ‘The O.C.’ (2003–2006), she made memorable cameos in ‘Notting Hill‘ and ‘The Sixth Sense’ in 1999. Then, in 2009, she returned to the small screen with ‘The Beautiful Life,’ before starring in the Irish stage production of ‘Steel Magnolias.’ Apart from the 75+ acting credits under her belt, Mischa’s most notable achievement is the fashion line she launched in 2012. She has also been a model.

As the son of Tommy Lee and Pamela Anderson, Brandon Thomas Lee is an actor and television personality. He has appeared in the documentary ‘Playboy: The Ultimate Pamela Anderson’ (2002) and in the short video ‘Dolce & Gabana: Spring/Summer 2019 Women’s Fashion Show’ (2018). Apart from these, his credits include MTV’s ‘The Hills: New Beginnings,’ ‘GMA3: Strahan, Sara & Keke,’ ‘Sierra Burgess Is a Loser,’ ‘Blackjack: The Jackie Ryan Story,’ and ‘Cosmic Sin.’

Apart from being a reality star, with credits including ‘The Hills,’ U.K’s ‘Celebrity Big Brother,’ ‘Made in Chelsea,’ and ‘Millionaire Matchmaker,’ Stephanie Pratt has earned most of her money via her business ventures. She is the owner of MeMe London, an accessories shop, and is the brains behind To Be Honest, a hub with healthy recipes, workouts, and weight management pills. Moreover, she has a clothing line in partnership with Goddiva, is the author of ‘Made In Reality,’ and even hosts the ‘Pratt Cast’ podcast with Wells Adams.

Frankie Delgado found his start in the entertainment industry on season 2 of MTV’s ‘The Hills.’ Although he wasn’t initially a part of the main cast, he featured in almost every episode until its sixth and final season due to his friendships with the others. In fact, he was credited as “Spencer’s Friend,” “Lauren’s Friend,” and, ultimately, “Brody’s Friend” on the show. As per his IMDb page, Frankie is also an actor and producer, with credits in ‘The 5th Quarter’ (2016), ‘Bromance’ (2008), ‘Del Playa’ (2017), and ’10 Minutes Gone’ (2019).

Heidi Montag attended the Fashion Institute of Design & Merchandising in Los Angeles but left once she was hired at Bolthouse Productions. Then, after appearing on ‘The Hills,’ she released her debut album, ‘Superficial,’ before going on to feature on ‘Famous Food,’ where she competed with other celebrities for a restaurant partnership. Heidi has also appeared on ‘Celebrity Big Brother’ and ‘I’m a Celebrity…Get Me Out of Here,’ along with ‘Marriage Boot Camp: Reality Stars’ and ‘Celebrity Wife Swap’ with her husband Spencer Pratt.

Spencer Pratt’s net worth, like his wife’s, is $300,000, but it is said that they shared a combined fortune of nearly $10 million at the peak of their careers. Spencer made his television debut in 2005 with ‘The Princes of Malibu,’ for which he also served as an executive producer, and then he landed a role on ‘The Hills.’ More importantly, though, apart from features on ‘How I Met Your Mother‘ and several other reality shows with his wife, Spencer has been a part of Heidi’s music career as well, rapping a verse on “Body Language” and directing the music video for “Higher.”

Justin Brescia, also known as Justin Bobby, is not only a reality television personality but also a musician and hairdresser. He served as a hairstylist for Maroon 5 before going on to be the drummer of the band Ed Stanley and the vocalist and guitarist of BobbyrocK. In 2012, he took his passion and career as a hairdresser to the next level by launching a line of styling and care products called BRUSH. And now, having moved on from Audrina Patridge, Justin is in a relationship with Instagram model Lindsey Pelas.