Is Notting Hill Based on a True Story?

‘Notting Hill‘ is a quintessential 90s romantic comedy that follows the love story of a world-famous actress and a simple London bookstore owner. William (Hugh Grant) and Anna (Julia Roberts) fall in love after a chance meeting, and against all odds, end up together. The film melted hearts all over the world to become one of the highest-grossing British films of all time and even made London’s Notting Hill a popular tourist attraction. The film’s success, however, lies in not just being a sugary romantic movie with all the right bits leading up to a happy ending. It has also moved audiences and critics, who swear by its heartfelt portrayal of the unlikely couple. Could there be some truth to the story of ‘Notting Hill’? We decided to investigate.

Is Notting Hill Based on a True Story?

No, ‘Notting Hill’ is not based on a true story. Though many of its viewers would love to believe that a serendipitous love story of the sort was real, and the talented cast makes the romcom setups of the movie look believable, there is no real-life basis to Will and Anna’s tale. The story was conceived by Richard Curtis, who also wrote the screenplay for the film. Curtis is known for his comedy writing, especially romantic comedies, and has worked on icons of the genre like ‘Four Weddings and a Funeral,’ ‘Bridget Jones’s Diary,’ and ‘Love Actually.’ 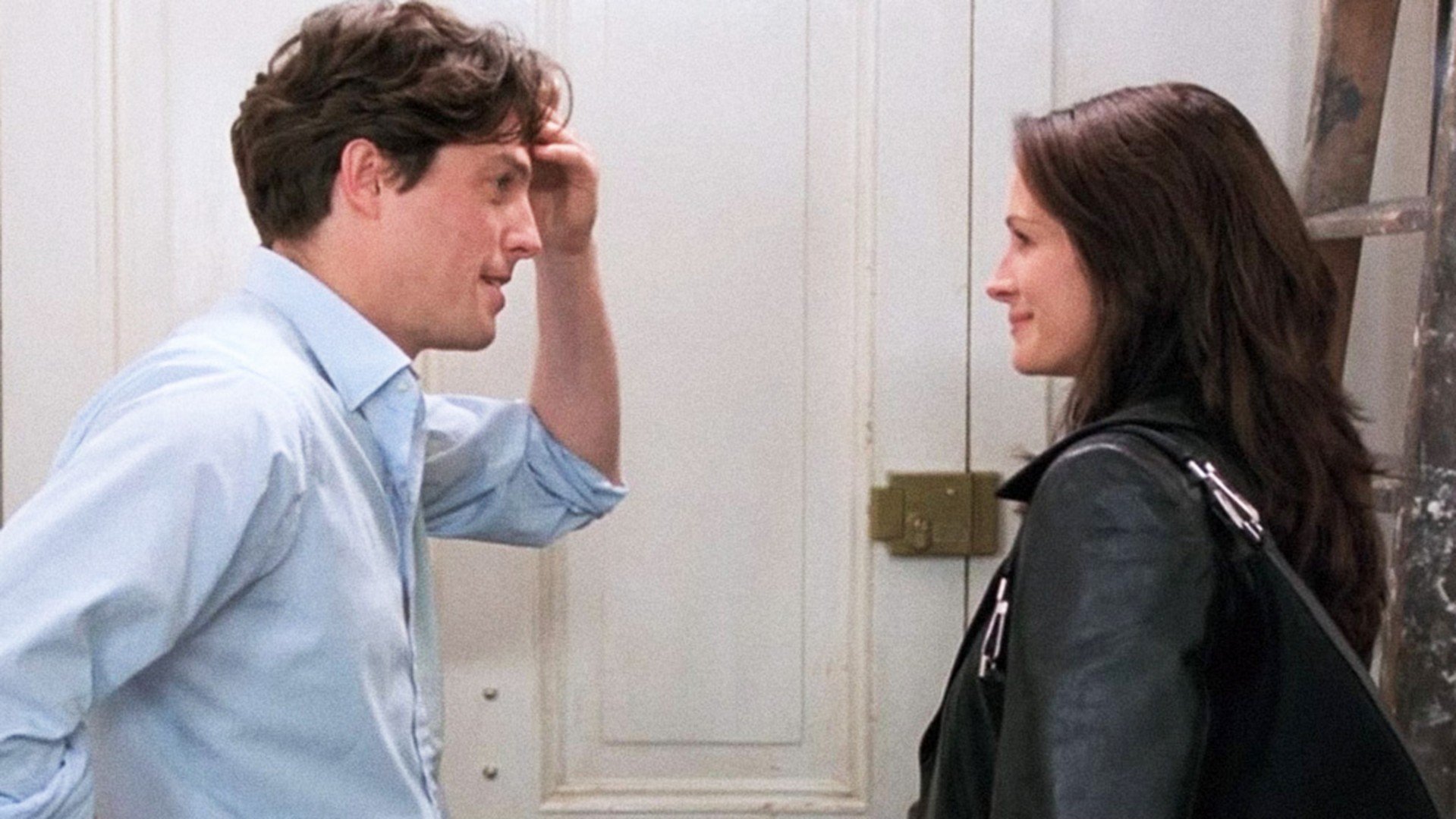 However, just because the story isn’t based on real-life doesn’t mean that there were not some very real people that inspired Curtis to write the story that would go on to become ‘Notting Hill.’ According to him, his weekly dinners with his friends were a major source of inspiration for the story, and he began to imagine how they would react if he showed up at their home with a world-famous celebrity. The genesis for the story of ‘Notting Hill’ was therefore explained by Curtis when he said, “I used to imagine what would it be like if I drove down [to their house] with Madonna — how would the dinner party go?”

The dinner scene in which William takes Anna to his friends’ house to their shock and surprise is one of the highlights of the film. Both Curtis and the film’s director Roger Michell were extremely thorough with the casting to ensure that the dynamic between William’s friends and how they would react to Anna’s celebrity presence felt natural and resonated with audiences. Another source of inspiration for the story seems to come from Curtis’ long-time college friend, William Sieghart.

It was reported that in 1994, Sieghart had an affair with the then 24-year-old Uma Thurman, who was already a famous starlet and had recently divorced actor Gary Oldman. Sieghart and her apparently met in a similar chance meeting and had an affair, the details of which remain unavailable, as do any confirmations of the events from those involved. However, in an interview, many years after the release of the film, lead actor Hugh Grant mentioned that his character William was based on a real person. From what we can tell, Curtis, though unsupportive of the fact, has not denied it either, giving fans of the movie the tiniest bit of hope that at least bits of it ring true.

There has also been speculation in the past about ‘Notting Hill’ being inspired by, or paying homage to, the famous Audrey Hepburn classic ‘Roman Holiday.’ The 1953 movie, which earned Hepburn an Oscar, follows a similar story of a princess falling in love with a newspaper reporter whilst in Rome. Curtis, however, recalled that he had not seen ‘Roman Holiday’ when he wrote the story for ‘Notting Hill’ and even seemed relieved about the fact. So, evidently, while ‘Notting Hill’ is a fictional love story, it emulates various real-world motifs to make anyone believe that it is rooted in reality.