Who is Flight Attendant’s Robert Andrew Reeves? How Did He Die? 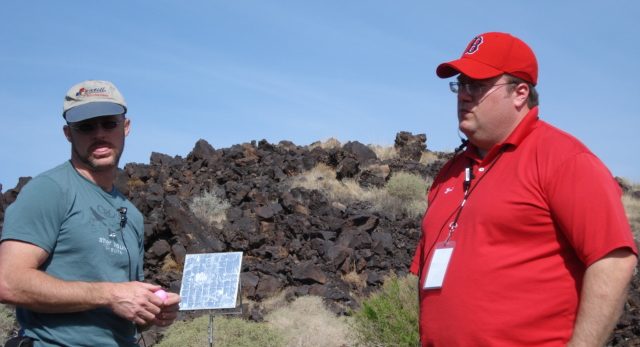 ‘The Flight Attendant’ is a breezy call back to the golden days of noir filmmaking. It revolves around Cassie Bowden (Kaley Cuoco), who finds herself in bizarre and dangerous situations because of her self-destructive tendencies. It follows Cassie as she wakes up beside her murdered lover and finds herself at the center of an international conspiracy that involves spies, assassins, and illegal weapon trade. At the start of season 2, Cassie is doing significantly better. She has moved to Los Angeles, attends AA meetings, and is in a new relationship.

However, Cassie’s life spirals out of control again when she discovers that someone is going around pretending to be her and killing people. Due to the eponymous character’s profession, ‘The Flight Attendant’ is massive in scope, requiring a large production and international cast. The finale of season 2 of ‘The Flight Attendant’ is dedicated to Robert Andrew Reeves, making many curious to know more about him. In that case, we have got you covered!

Who is Robert Andrew Reeves?

Working in the entertainment industry since 1991, Robert Andrew Reeves was a Unit Production Manager on ‘The Flight Attendant.’ His other projects include ‘Everwood,’ ‘90210,’ ‘Bad Teacher (2014),’ ‘Satisfaction,’ ‘Training Day’ (2017 TV series), ‘Legion,’ and ‘American Crime Story.’ He also served as the second unit director or assistant director on projects such as the TV movie ‘The Bulkin Trail,’ ‘High School Musical 2,’ ‘October Road,’ and ‘Granite Flats.’

Reeves was born on May 8, 1968, in Danbury, Connecticut. Between 1986 and 1990, he attended Vassar College, a liberal arts college in Poughkeepsie, New York, from where he obtained his Bachelor of Arts degree. At Vassar, he was involved in the basketball program and covered miscellaneous news for the conservative student news outlet Vassar Spectator. In 2000, he enrolled at the Cornell Johnson Graduate School of Management, receiving an MBA degree in 2002.

At Cornell, Reeves was part of the Johnson School Rugby Football Club. Reeves reportedly harbored a deep love and passion for TV and cinema. His career started at a Claymation studio in Salt Lake City, Utah. Over the years, he held various positions before becoming a UPM. Reeves was also the line producer of the 1999 film ‘The Long Road Home’ and the 2000 film ‘A Christmas Tail.’

How Did Robert Andrew Reeves Die?

Robert Andrew Reeves died “unexpectedly” on May 11, 2022. At the time of his death, he was at his home in Los Angeles, California. He is survived by his mother, Martha, daughter, Zoe, Zoe’s mother Jennifer Lence, and brother Michael. He is interred at Mount Sinai Cemetery in the Hollywood Hills. Following his death, words of comfort and prayers poured in for the family. People who have known him and worked with him over the years offered their condolences.

“Jenn and Zoe, my heartfelt thoughts are with you right now,” wrote one commentator. “I want you both to know that when speaking with Robert during our Flight Attendant shoot, he never finished a conversation without bringing his reasons and rationale for his work/life balance was all about his amazing and wonderful daughter, Zoe. There was always a way to bring her into his conversations. I admired his adoration. I can’t imagine your pain but love takes many turns and presents itself so many ways. I felt that love for both of you. May he Rest In Peace.”