Who is Vanessa Marcil? Where is She Now? 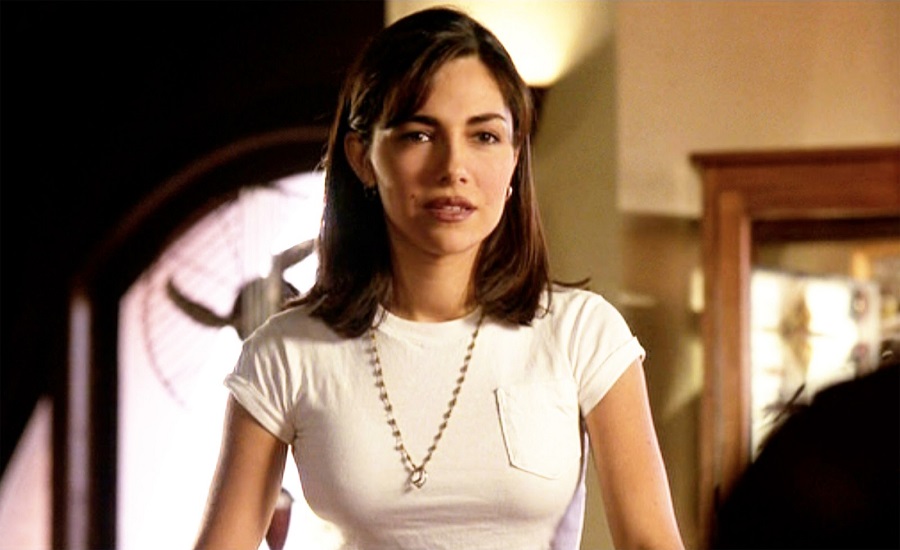 ‘My Truth’ is the story of Corey Feldman and Corey Haim, in which Feldman shines the light on the heartbreaking reality of child actors working in Hollywood. It centres around the experiences of the two Coreys and has a lot of people who have known them and been with them through all these years who come forward to support them and even attest to their statements. Back in the late 80s and early 90s, one of the most important people in Feldman’s life was Vanessa Marcil. Who is this person and where is she now? Let’s take a look at her life.

Who is Vanessa Marcil?

Vanessa Marcil is an award-winning actress who has worked in a lot of movies and TV shows. Her break-out role came in 1992 in the form of Brenda Barrett in ‘General Hospital’. She received three Daytime Emmy Award nominations and won for Outstanding Supporting Actress in 2003. Her feature film debut came in the form of 1996’s ‘The Rock’, in which she co-starred with Nicholas Cage, Sean Connery and Ed Harris. She has also worked in ‘High Incident’ and ‘Beverly Hills, 90210’.

Even though she found considerable success in her career, the years prior to that were not so good for her. She revealed that her father used to hit her and to escape this pain, she turned towards alcohol and drugs at the age of 11 years or so. She had failed high school and also spent a few days in jail. However, the arrest actually turned her life around. With a probation officer constantly keeping an eye on her, things go better at home, and consequently, she got better at school and eventually discovered her love for acting.

Shortly after she moved to LA, her paths crossed with music superstar Prince and they have been good friends ever since. Prince helped her get sober and she even starred in two of his music videos: ‘Poorgoo’ and ‘The Most Beautiful Girl in the World’.

Vanessa Marcil was married to Corey Feldman from 1989 to 1993. They had kept their marriage a secret from their close ones for about a year and never actually moved in together or lived a married life. They continue to remain good friends. In the late 90s, Marcil dated co-star Brian Austin Green, with whom she has a son, Kassius. They were briefly engaged, but then Green got together with Megan Fox and later, Marcil got married to Carmine Giovinazzo. A few years later, she got divorced for the second time.

Marcil had a little trouble with Green when in 2018, she revealed that Green and Fox had tried to get the sole custody for Kassius. They lost the case, but following it, Green distanced himself from their son. However, the controversy was soon enough put to rest when some pictures of Green spending time with his son were posted on social media.

Where is Vanessa Marcil now?

Vanessa Marcil is currently with a man, whom she calls “MC”, who is a deputy sheriff. In 2015, she had revealed through her social media account that they got engaged. Marcil announced her pregnancy in 2017, but a couple of months later suffered her seventh miscarriage.

Professionally, she continues to be a constant presence on television, if not on the big screen. She continued to appear in ‘General Hospital’ as Brenda Barrett, the last time in 2013. Since then, she has become a regular face for the fans of Lifetime movies. She had first appeared in Lifetime’s 2009 film, ‘One Hot Summer’. She also had main roles in 2017’s ‘The Wrong Mother’, 2018’s ‘The Bad Tutor’ and 2019’s ‘My Stepfather’s Secret’.