Who Sent Bomb Threats to Anna Harvey in The Calling? Why? 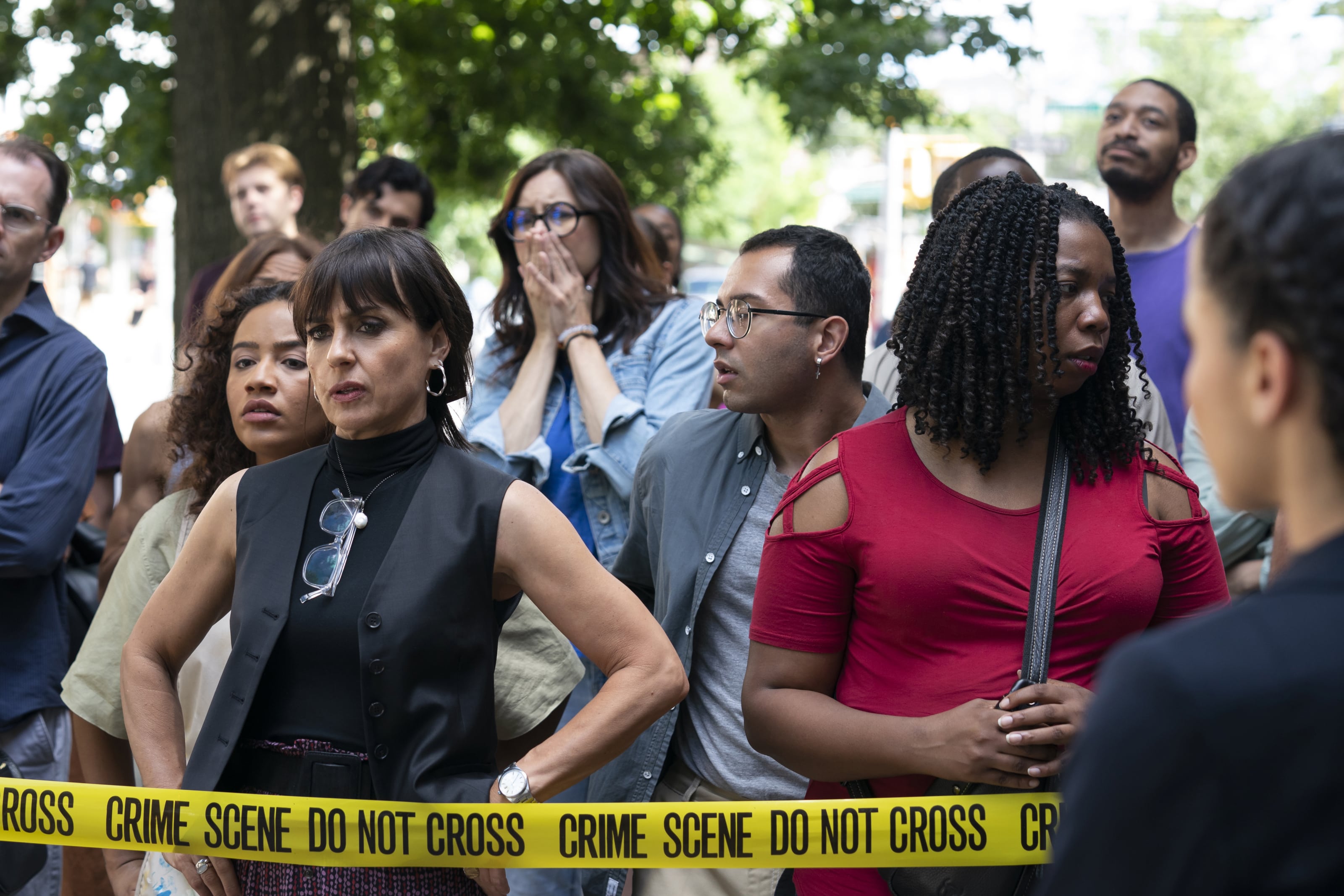 ‘The Calling‘ is a crime drama series created by David E. Kelley, known for ‘The Lincoln Lawyer,’ ‘Boston Legal,’ and other crime drama TV shows. The Peacock Original chronicles the cases of Detective Avraham (Jeff Wilbusch), a spiritual man who puts his faith in the innate goodness of humanity. His ability to empathize with people is tested when he encounters horrific crimes that make up for riveting cases.

The 8-episode series portrays the NYPD officer and his team solving different crimes. On a regular morning, when Anna Harvey is going about her routine, running her daycare center, someone plants a fake bomb right outside its door. This threatens the safety of all children and staff at the place and thus begins Avraham’s investigation. After this one-off incident, someone calls Anna Harvey repeatedly on the phone and threatens her. So, if you’re wondering who the person behind the bomb threats is and their motive, we’ve got you covered. SPOILERS AHEAD.

Who Planted the Fake Bomb at the Daycare Center?

Brad Holt planted the fake bomb at the daycare center and threatened Anna Harvey over the phone. Brad and Marcie’s daughter used to go to Anna Harvey’s daycare, but after a while, Marcie took her daughter out. When the police ask Marcie about it, she says she disagreed with Anna’s methods and was wise enough to send her daughter to a different daycare. While this is a perfectly reasonable answer, Marcie’s resentful words and hostility towards Anna piqued the officers’ suspicion.

Besides this, when the FBI is attending to the fake bomb, Brad Holt is standing amidst other parents and suddenly starts running after officer Janine walks toward him. Janine manages to tackle him and takes him to the precinct for questioning. Here, Brad tells how he got scared, which is the only reason behind his running away, but Janine’s not convinced.

As the officers try to work out other leads involving another suspect, Paul Serra, Detective Earl, follows Brad around in his car. Brad’s activity looks pretty suspicious because, at one point, he leaves his house, takes his pickup truck, and stops right opposite the daycare. Brad waits there for 15 minutes and stares relentlessly at the place. Earl realizes that Brad didn’t run away for no reason and that there’s something he’s hiding.

Later we see Earl follow Brad again, and this time, he parks outside a warehouse. Earl is almost certain that Brad’s making the bomb here, so he enters the place. It looks like a workshop, and there are cameras all over the place. As the detective goes through different rooms, he reaches one where he finds Brad. What he doesn’t expect to see is Brad having sex with Anna Harvey.

At this revelation, the detectives are confused because they don’t know if Brad planted the bomb. Their suspicions turn toward Marcie, who might know of Anna and Brad’s affair, and she probably decided to harass Anna Harvey. But, when the police confront Marcie, they discover she has no clue. Now, the suspicion is on Brad again. Meanwhile, Anna is struck hard on the head on her way back home, which leads to her hospitalization.

After a few days, when the daycare owner wakes up, the truth comes to light. Anna and Brad had an affair when the latter’s daughter was at the former’s daycare center. Though Marcie didn’t know of this, she didn’t like how Brad looked at Anna, thus pulling her daughter out of the center. When this happened, Anna decided to break up with Brad and end the affair, but the latter wasn’t ready to let go.

As a result, he began harassing her and wanted to disrupt her work at the daycare center. This leads to the planting of a fake bomb and the subsequent threats. On the day Earl caught the two having sex, she didn’t want to meet or have sex with Brad and only indulged him so that he stopped threatening her. After this discovery, Avraham, Earl, and Janine go to Brad’s place, where they apprehend him.

Read More: Is The Calling Based on a True Story?