Whose Skull Did Alex Find in Who Killed Sara?

The Mexican mystery drama ‘Who Killed Sara’ opens with Alex Guzman being released after spending 18 years behind bars for being wrongly blamed for his sister’s murder. As he delves into a vengeful investigation to uncover her true killers, he is beset by a web of mysteries and secrets that begin to simultaneously unravel as he digs deeper and deeper.

A major turning point in the show occurs when Alex realizes that his sister Sara has a dark past, a fact that comes to light when he discovers the remains of a dead body in his backyard at a location marked in Sara’s diary. Even more intriguing is the fact that the skull has a single bullet hole in its dead (no pun intended!) center. Alex, as well as the show’s audience, spends most of ‘Who Killed Sara’ season 2 wondering who the skull belongs to. Let’s find out.

Whose Skull Did Alex Find?

The body that Alex finds, apart from hinting at Sara’s dark past, threatens to land him back in prison. Despite being aided by Lorenzo, who is a lawyer, Alex gets a deadline of 6 months to ascertain the identity and killer of the body found in his backyard. The first clue that he gets is when the coroner tells him that the body belongs to a 45-year-old male. Seeing as the cause of death is a single, expertly shot bullet, Alex also instantly suspects Cesar to be the killer, which turns out to be correct. 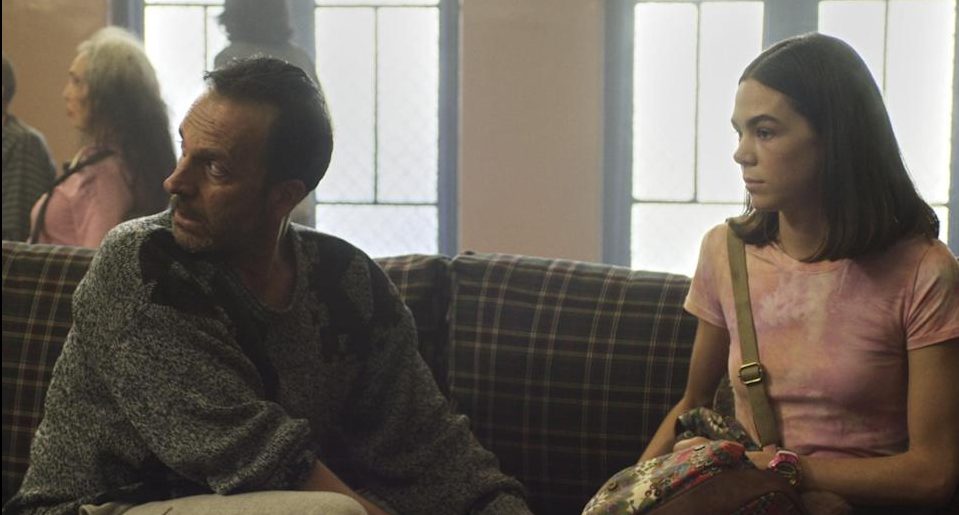 However, the circumstances of the murder remain unclear as Cesar, who Alex suspects of killing his sister, claims that he did it to save Sara’s life. Near the end of season 2, it is finally revealed that the body unearthed from Alex’s house is that of Sara’s mentally disturbed father, Abel. Initially seen in a mental institution where Sara tracks him down, Abel soon convinces his paranoid daughter to help him bribe his way out of captivity. Sara then collects money by selling drugs and manages to help her father escape.

In a recording that is found hidden in Sara’s room, Abel is then seen confronting Sara in her house for more money. When she refuses, he turns violent and tries to kill her. It is in this situation that Sara makes a call to Cesar, begging him to save her life. Cesar subsequently shows up and kills Abel just as the latter is about to stab his own daughter. Cesar then buries the body with the help of his accomplice Sergio, who also steals Abel’s passport for himself. The passport shows up later in the show when Sergio uses it to try and escape the country under a false identity.

Abel Martinez is one of the most unexpected characters introduced in season 2 and is an unpleasant yet vital piece of the puzzle. The mentally deranged father of Sara’s childhood friend Marifer and her sister Clara, it is revealed, fathered Sara after raping her and Alex’s mother. He also killed Marifer’s mother, which resulted in Marifer’s long-standing feud with the Lazcano family, whom she wrongly holds responsible for her mother’s death.

The explosive revelation that Marifer and Sara are half-sisters and that Marifer’s plan for vengeance has been targeting the wrong family forms a large part of the climax of ‘Who Killed Sara’ season 2. Abel’s dark and mentally deranged legacy is also interesting to examine, with all three of his daughters playing a part in the devious mystery that is ‘Who Killed Sara.’ Whereas Clara, who seems to be the least vicious, only goes as far as following her sister’s plan of manipulating Jose Maria, both Sara and Marifer are seen committing acts that could amount to murder.

In Marifer’s case, the act does amount to murder, as she ends up killing Sara. Both Sara and Marifer exhibit signs of mental instability, which makes them unpredictable characters responsible for much of the show’s suspense. Symbolically, the presence of Abel’s character also emphasizes that it is not just the Lazcano family that contains villainous elements but also Sara’s.

Read More: Does Elisa Die in Who Killed Sara?