Will Daemon and Rhaenyra End up Together in House of the Dragon? 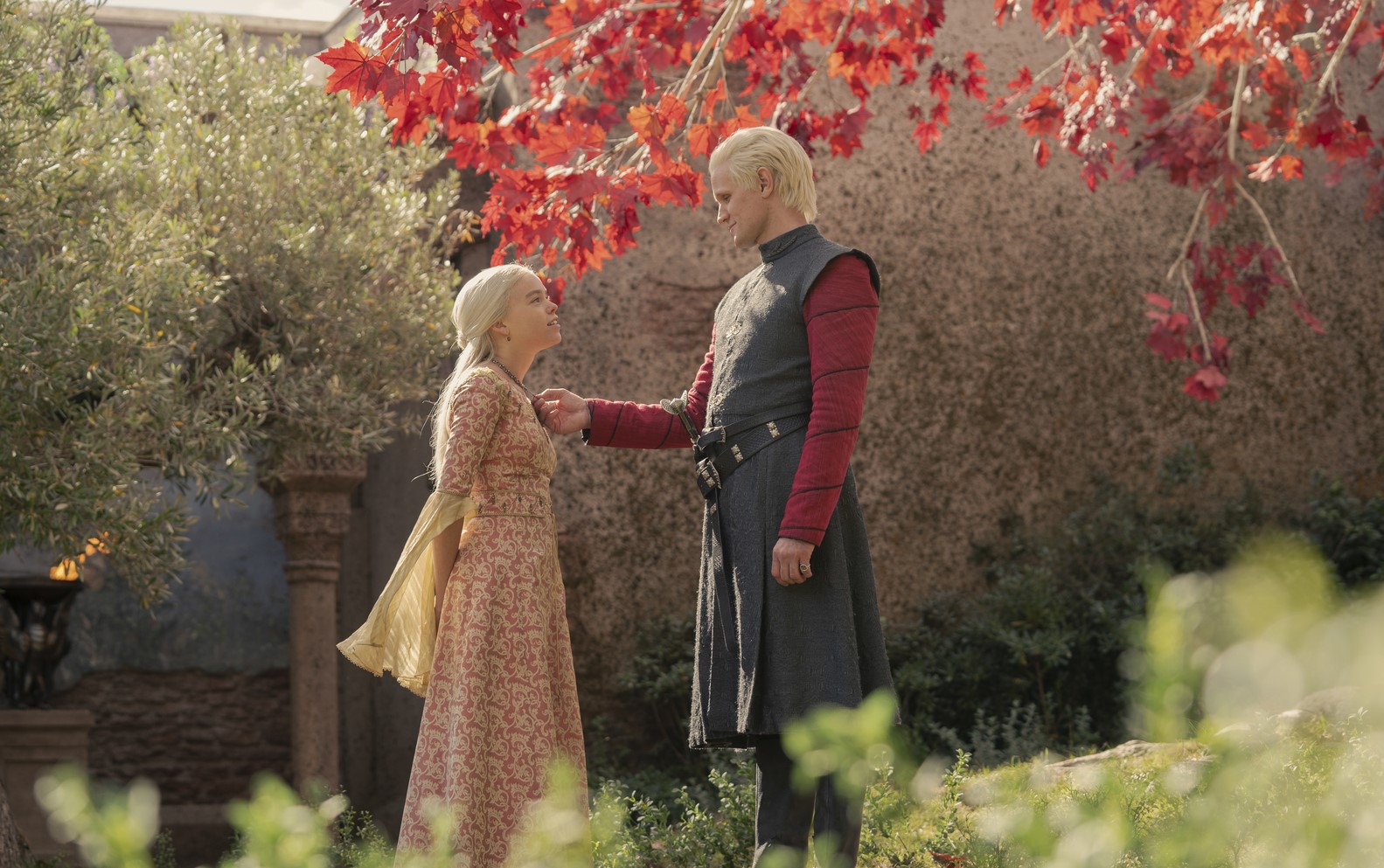 HBO’s ‘House of the Dragon’ is a medieval fantasy-drama series that serves as a prequel to ‘Game of Thrones.’ The show is based on certain sections from George R. R. Martin’s 2018 book ‘Fire & Blood’ just as ‘Game of Thrones’ is based on Martin’s ongoing magnum opus, ‘A Song of Ice and Fire.’ The plot revolves around the bitter civil war known as the dance of the dragons, during which two factions of the ruling Targaryen dynasty, the Blacks and the Greens, killed themselves and the dragons to near extinction.

As the narrative of ‘House of the Dragon’ rolls towards the inevitable carnage, alliances are formed, and relationships are redefined. In episode 4, titled ‘King of the Narrow Sea,’ Daemon Targaryen (Matt Smith) returns to King’s Landing, a year after defeating the Crabfeeder and reunites with his niece, Rhaenyra (Emma D’Arcy as adult and Milly Alcock as teenage), who returns from her own reluctant and unsuccessful expedition to find herself a match. If the events depicted in this episode have made you wonder whether Daemon and Rhaenyra will end up together in House of the Dragon, we got you covered. BOOK AND SHOW SPOILERS AHEAD.

Will Daemon and Rhaenyra End Up Together?

Romances don’t often end well in the realm of Ice and Fire. There are, of course, exceptions, and quite a few at that, but the general rule when it comes to Westeros is that viewers must keep their expectations in check. In episode 4, Daemon and Rhaenyra see each other for the first time in over four years, and it doesn’t take long for them to fall back into the easy pattern of their relationship. That night, when Rhaenyra returns to her room, she finds clothes fit for a page boy waiting for her. She puts them on, including the hat that hides her silver-white hair. She discovers that Daemon is waiting for her, and together, they venture out of Red Keep and toward the city. Eventually, Daemon takes her to a pleasure house, where they become intimate. But Daemon stops before things progress any further.

Unfortunately for Daemon and Rhaenyra, Otto Hightower finds out from his spy, the White Worm (which is the nickname of Mysaria in the book), and the Hand of the King then informs the King himself. Viserys I subsequently orders Rhaenyra to marry Laenor Velaryon. When Daemon tells Viserys that the latter should let Daemon marry Rhaenyra as per their family custom, Viserys sends his brother to his existing wife, Rhea Royce of Vale.

The books describe what happened afterward; the depiction of ‘House of the Dragon’ can vary to a degree. Rhaenyra did marry Laenor, whereas Daemon, after the death of Rhea Royce, wedded Laena Velaryon, Laenor’s sister. The velaryon siblings died in the same year in 120 AC, and within six months, Daemon and Rhaenyra married each other without letting the King know about it.

Daemon and Rhaenyra went on to have three children together, Aegon III or Aegon the Younger, Viserys II, and Visenya Targaryen. Among them, the first two were future kings of Westeros, while Visenya died during her birth. Both Daemon and Rhaenyra perished in the dance of the dragons. Daemon and his dragon, Caraxes, engage in an aerial fight with Daemon’s nephew, Aemond, and Aemond’s dragon, Vhagar, in the Battle Above the Gods Eye in 130 AC. All four were killed. As for Rhaenyra, her half-brother, Aegon II fed her to his dragon, Sunfyre, in 130 AC.

Read More: What Happened to Viserys’ Fingers in the House of the Dragon?