Will Emily and Camille Stay Friends in Emily in Paris? Theories 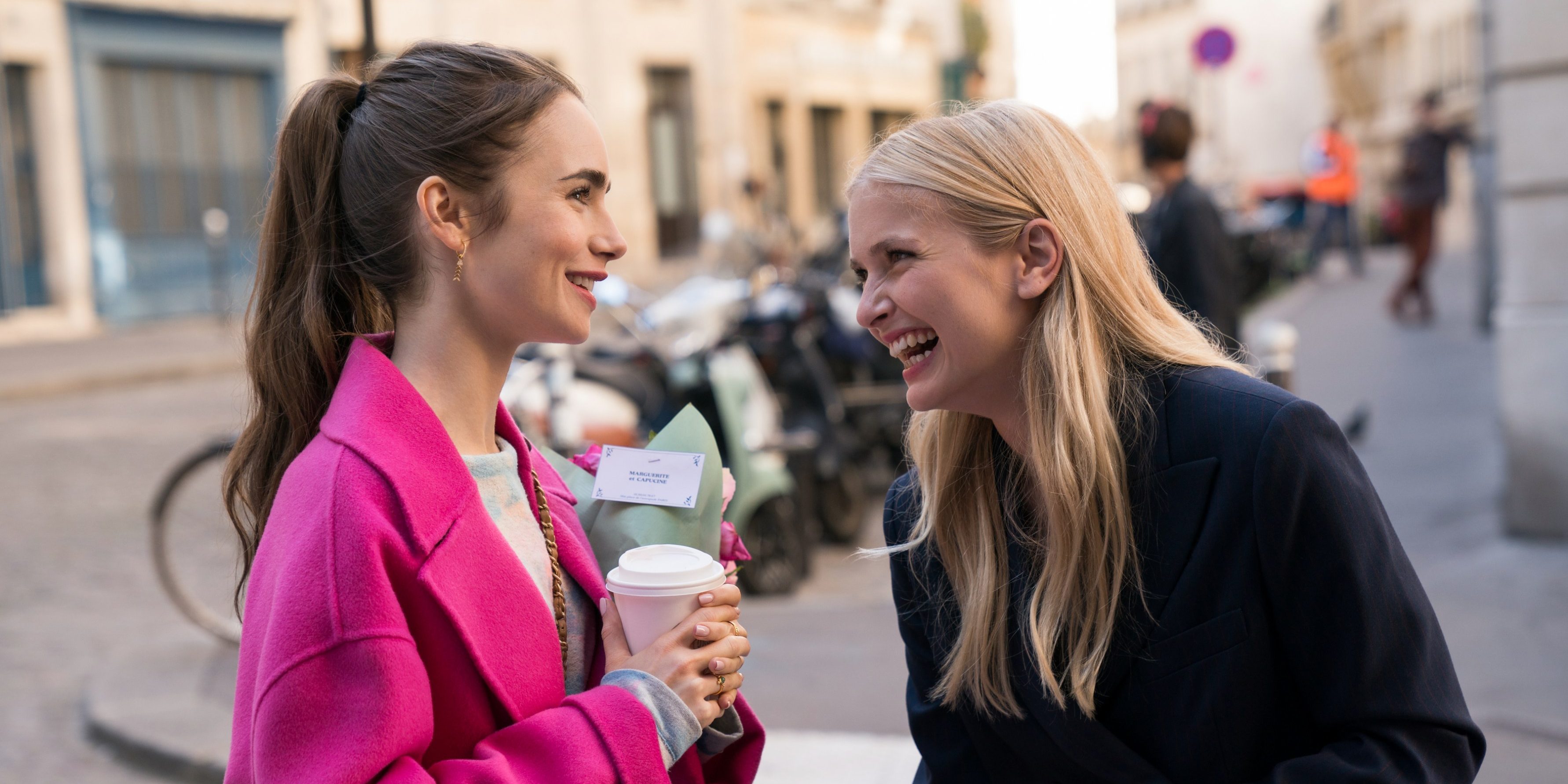 Netflix’s romantic series ‘Emily in Paris’ revolves around Emily Cooper, a Chicago-based marketing executive who arrives in Paris to be the American voice in her company Savoir. Upon arriving in Paris, she nurtures an admirable friendship with Camille without realizing that she is the girlfriend of Gabriel, with whom Emily has been getting closer emotionally and physically. The third season of the show follows another intriguing chapter in the Emily-Gabriel-Camille saga as their lives change severely due to Camille’s revelation concerning her boyfriend and Emily. Since the season ends without depicting the aftermath of the same, one must be wondering whether Emily and Camille’s companionship will remain intact. Well, here are our thoughts regarding the same! SPOILERS AHEAD.

Will Emily and Camille Stay Friends?

When Camille and Emily realize the truth about Gabriel’s respective relationship with both of them, they make a pact that both of them wouldn’t get together with him. Camille and Emily succeed in dealing with the predicament without harming their friendship but not for long. In the second season finale, Camille breaks the pact and gets together with Gabriel. Still, Emily doesn’t hold the same against her and continues to value her friendship, even after knowing about her affair with Sofia. Emily has always been trying to support Camille for the sake of their friendship even when the latter has been hurting Gabriel.

In the third season finale, Camille reveals that she reunited with Gabriel not because she has been loving him wholeheartedly but to not lose him to Emily. The gallerist wants Gabriel not because she wanted to build a family with him but to stop Emily from doing so with him. Since Camille reveals the same in front of Emily, their friendship is deeply hurt. It is unlikely that Emily will see an admirable friend in Camille again. In her mind, the gallerist must have turned to a manipulative individual who partially destroyed her and Gabriel’s lives.

If Camille decides to move to Greece with Sofia after breaking up with Gabriel, Emily may succeed in keeping a distance from her. Camille’s actions not only cost her Gabriel but also Alfie, who breaks up with the marketing executive upon listening to the gallerist’s revelation. Thus, Camille must be the last person Emily needs for the time being. Camille’s possible departure to Sofia’s country is expected to help Emily to process the changes that happened in her life with regard to Gabriel and Alfie. However, Camille can never outrightly vanish from Emily and Gabriel’s lives as the mother of the latter’s unborn baby.

Emily has been longing to end up together with Gabriel for a while. If she finally materializes her wish, it also means accepting Camille in her life as the mother of her partner’s baby. She may not be able to tolerate the presence of the very person who tried to sabotage the prospects of her union with Gabriel in between her and her potential boyfriend. If that’s the case, the chances of Emily and Camille remaining as friends are low. It will not be a surprise to see Emily standing up for herself and her feelings for Gabriel in the upcoming fourth season of the show against Camille.

Having said that, the last thing Emily can do perfectly is to be unkind and inconsiderate to someone. Even when Camille breaks their pact, Emily only wishes the best for her. Such a person may not express her frustration and anger towards Camille. If Sofia decides against uniting with Camille due to her pregnancy, Emily may even become her support system, forgetting everything Camille has done against her. Thus, Emily and Camille most likely will remain connected in the fourth season of the show. Even though they may not be affectionate towards each other as they used to be, Camille may be able to count Emily as a friend if she needs one.

Read More: Is Emily in Paris’ Chamère a Real Drink? How is it Made?