Loretta Devine’s Ernestine is one of the most important recurring characters in Starz’s drama series ‘P-Valley.’ As Uncle Clifford’s grandmother, she is a constant presence in The Pynk, extending her support and advice to the performers of the strip club. Uncle Clifford even runs the club as a homage to Ernestine’s days as a singer at the place. In the second season, set during the Covid-19 pandemic, Ernestine’s health becomes worse as she gets contracted coronavirus disease. The seventh episode of the season depicts her fighting her disease deliriously, making one wonder whether she will die. Well, let us share what we think! SPOILERS AHEAD.

The Covid-19 pandemic affects Chucalissa severely. Numerous families find it hard to satisfy their hunger, leading Pastor Patrice Woodbine to start a food bank. Establishments like The Pynk get forced to shut down. However, the worse happens when several Chucalissa folks die, including Mayor Tydell Ruffin. It doesn’t take long for Ernestine to contract the coronavirus disease. She becomes more vulnerable to the disease due to her old age and eventually becomes delirious due to her fever. In the seventh episode of the second season, she runs away from her house to the nearby river as her fever becomes intense. 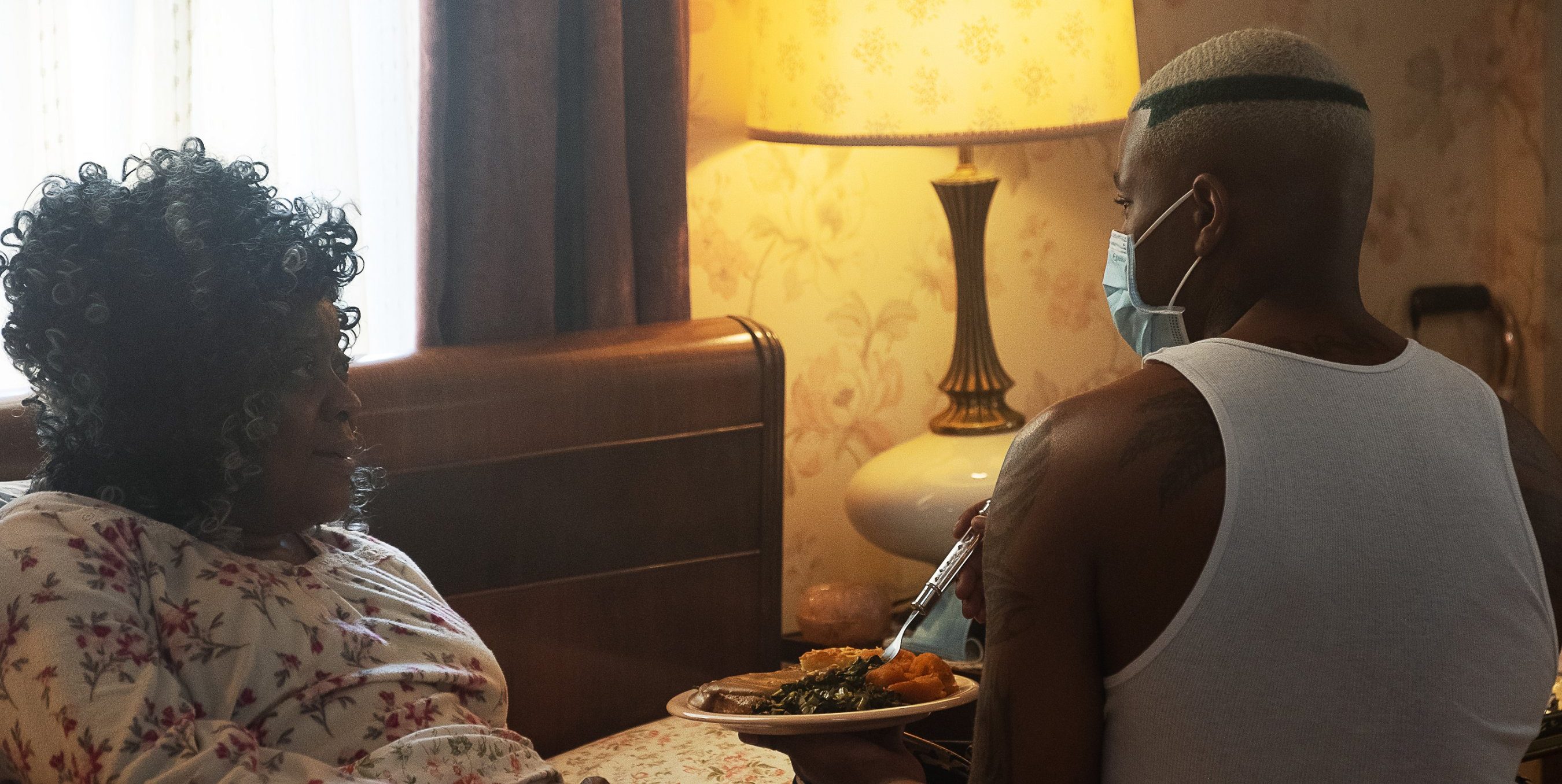 Considering Ernestine’s age and alarming health condition, her death may not be a surprise. In the same episode, she dreams of her dead daughter, who invites her to the realm of the dead. Even though Ernestine manages to send her away, the dream can be seen as an indication of her immediate future. Upon witnessing Ernestine’s state, Lil Murda asks Clifford to say goodbye to her grandmother, which further indicates the possible death of Clifford’s grandmother. Clifford’s emotionally turbulent state shows that she has accepted that Ernestine will soon die as well.

Considering these possibilities and factors, we may see Ernestine’s death in one of the upcoming episodes of the second season. We can also expect Lil Murda to be there for Clifford while she possibly deals with Ernestine’s likely death. The character’s demise can even be a narrative development that paves the way for Clifford and Lil Murda’s reunion as they end up sharing intimacy as the rapper consoles his ex-partner. Since Ernestine’s death is indeed possible, the viewers must be wondering whether the possible development will pave the way for Loretta Devine’s exit from the show. Well, let’s find out.

As of now, neither Starz nor Loretta Devine has released a statement concerning the actress’ departure from ‘P-Valley.’ However, considering Ernestine’s health condition and the possibility of the character’s death, Devine may leave the drama series before the conclusion of the second season. If Ernestine dies, it will conclude the character’s story arc, ensuring Devine’s possible exit. Since the character is unlikely to feature in flashback scenes, we may see the last of Devine in the show in one of the upcoming episodes of the second season.

Even though Devine’s journey with ‘P-Valley’ may end soon, she is part of several exciting upcoming projects for the admirers of the actress to look forward to. A new part of ‘Family Reunion,’ Diane Keaton-starrer ‘Mack & Rita,’ and ‘A Snowy Day in Oakland’ are some of the upcoming projects of Devine we can await together.

Read More: Do Britney and Andre Break Up? Did Ashani Roberts Leave P-Valley?