Will Jade and Kit End Up Together in Willow? Theories 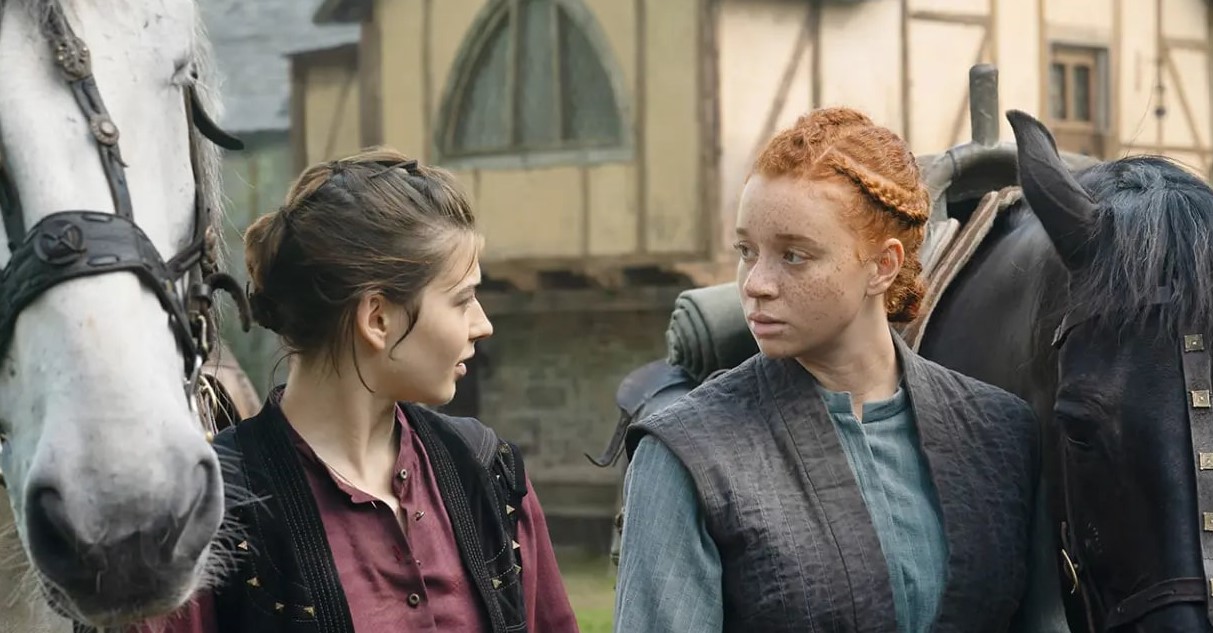 The Disney+ series ‘Willow’ is based on and the sequel of the 1988 fantasy action adventure film of the same name. The show is set several years after the original film. In the intermediate period, a lot of things happened. Madmartigan (Val Kilmer) and Sorsha got married and had two children before Madmartigan’s mysterious disappearance. When the series begins, Madmartigan and Sorsha’s son Airk is abducted, prompting his sister, Kit (Ruby Cruz), to lead a rescue party. Among the people accompanying Kit is Jade (Erin Kellyman), a knight in training. The two girls have grown up together, and it has been hinted from episode 1 onwards that they have romantic feelings for each other. If you are wondering whether Jade and Kit will end up together in ‘Willow,’ here is what we think. SPOILERS AHEAD.

Will Jade and KIT Become a Couple?

The fifth episode of ‘Willow,’ titled ‘Wildwood,’ makes big revelations. As the questers find themselves being chased by the Gales, Willow, the titular sorcerer, has no choice but to agree to Boorman’s (Amar Chadha-Patel) suggestion and lead the group to the perilous forest known as Wildwood, where they inevitably run into the Bone Reavers. The last time Willow and the others encounter this group, Jørgen Kase was killed, something it seems that the questers have more or less forgotten.

It turns out that Boorman and Scopia, the leader of the Bone Reavers, have a long history. Apparently, she was part of Madmartigan’s group and erroneously thought Boorman had died. It is also revealed that Scopia is Jade’s sister, and they are both the daughters of Kael (Pat Roach), the seemingly villainous high commander of Bavmorda’s army from the original movie.

As Jade learns the truth about her past and her father, things become complicated between her and Kit. After all, it was Madmartigan who killed Kael. Jade’s mother was killed by rangers from Tir Asleen, who took her back to their kingdom to be raised under their watchful eyes. Being the queen of the said kingdom, Sorsha obviously knew about this, but she probably didn’t tell Jade because she feared that the young girl might turn against Tir Asleen. Even Kit admits that she had feared Jade might be the very thing she hates the most (as Jade believed Bone Reavers were the ones who killed her parents).

This episode is also important because Jade confesses her feelings to Kit, while the latter admits declares that Jade is the most important person in her life. She even implies that she wants to spend the rest of her life with Jade. However, before they can share a kiss, Kit is abducted by the trolls.

We can safely assume that Kit will find her way out of the trolls’ clutches one way or the other and continue her mission to rescue Airk. The relationship between her and Jade is one of the most important aspects of the narrative in ‘Willow,’ and it’s likely to constantly evolve as the story progresses. But it’s quite evident that they are each other’s endgame.

“The decision to have an interracial LGBTQ+ relationship in Willow wasn’t made out of any desire to make a political statement, or even me feeling personally that the original was a story that was lacking diversity,” series creator Jonathan Kasdan said in an interview with Inverse. “It was something that felt [organic] to the story that we were telling. We wanted to have at our center this princess who’s torn between a relationship she doesn’t want to be in and a best friend who she’s clearly developing feelings for.”

Read More: What is Kymerian Cuirass in Willow, Explained