Will Morgan Return to Alicia? Is Lennie James Leaving FTWD? 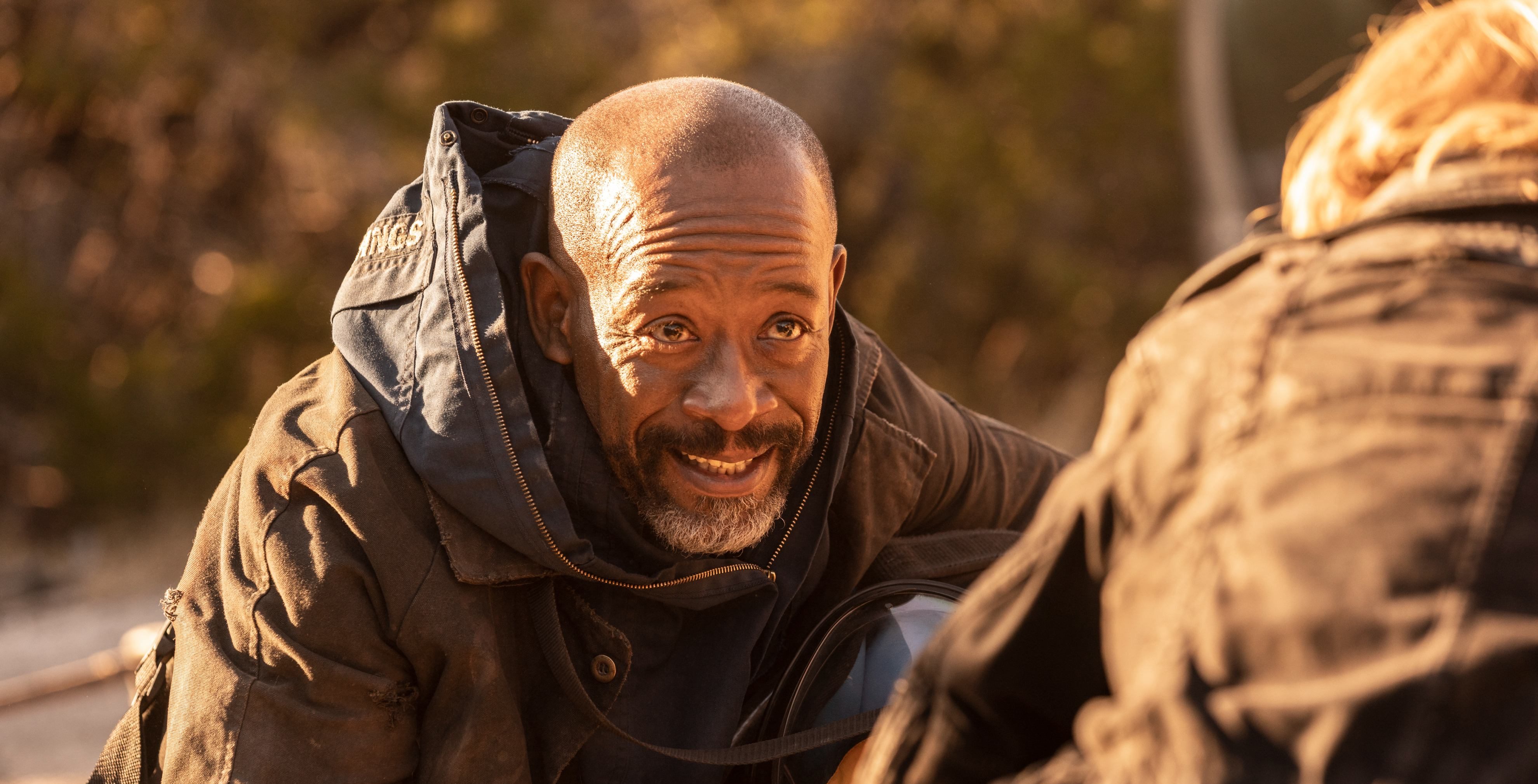 After rescuing Baby Mo from Victor Strand, Morgan plans to conquer the Tower in the thirteenth episode of AMC’s post-apocalyptic series ‘Fear the Walking Dead’ season 7. He leads an enormous herd of walkers from the Tower to a crater so that Strand will be vulnerable without the moat of the dead. While he gets ready for the impending war, Dwight and Sherry let him know that the sub they live in isn’t habitable due to radiation exposure. For the sake of Baby Mo, he decides to leave Alicia’s group looking for a radiation-free place. As Alicia confronts the need of fighting Strand without her trustworthy companion, fans of the show must be wondering whether Morgan will return to her in the future. Let’s find out! SPOILERS AHEAD.

Will Morgan Return to Alicia?

When Morgan plans to rescue Baby Mo from the Tower with Grace and June, he has the confidence that he can always keep his adoptive daughter in the sub. However, Dwight’s revelation that the sub is not habitable anymore leads Morgan to choose between Alicia and Mo. Morgan knows that fighting against Strand is not an easy thing for Alicia to do, especially considering the bond they once had. Still, Morgan has to prioritize the safety of the little girl. He also knows that Alicia has an army to protect her but Mo only has him. Thus, he leaves for the “clean place” Maya came from to safeguard Mo.

Since Morgan is leaving for an unknown destination, he may be forced to stay away from Alicia and the group for a considerable time. In addition, if his constant presence is required to ensure Mo’s safety, Morgan may consider staying with her indefinitely. However, Morgan’s return to Alicia and their army is not an impossibility. Before parting ways, Alicia stresses to Morgan that they are going to see each other again. Even though Morgan can only smile at her, without offering her an affirmation, they both know that their fates are intertwined.

When Alicia is fighting a mighty opponent like Strand, Morgan may try his best to find a way to safeguard Mo and return to her. In addition, Morgan may not be able to stay away from his girlfriend Grace, who is in Strand’s Tower, for long. Since Alicia will be fighting for his girlfriend too, Morgan may have to come back for the sake of likely the two important individuals in his life. If Alicia’s forces succeed in conquering the Tower soon enough, Morgan’s return may turn out to be soon as well. Considering these possibilities, we believe that Morgan will most likely return to Alicia once Baby Mo is far away from Strand.

As of now, neither AMC nor Lennie James has released an announcement concerning the actor’s supposed departure from ‘Fear the Walking Dead.’ Even though Morgan’s storyline is deviating from the principal narrative, it is not a definite indication that the character’s storyline has concluded. The upcoming episodes of the show may feature Morgan’s struggles to locate the clean place Sherry informed him about. Otherwise, his journey may only last for a short while, similar to Alicia’s departure to the bunker, and he will likely return to Alicia to take part in the war against Strand.

Since Kim Dickens’ return to the present season of the show as Madison Clark is confirmed, Morgan’s departure can be a plot device to bring Dicken’s character back to the narrative. Morgan may encounter Madison in his journey and the latter may know about her daughter’s ill-health and war against Strand. If that’s the case, Morgan’s departure from Alicia will pave the way for the fan-favorite character’s return than Lennie’s exit. In light of these possibilities, we can expect Lennie James to continue featuring in ‘Fear the Walking Dead.’