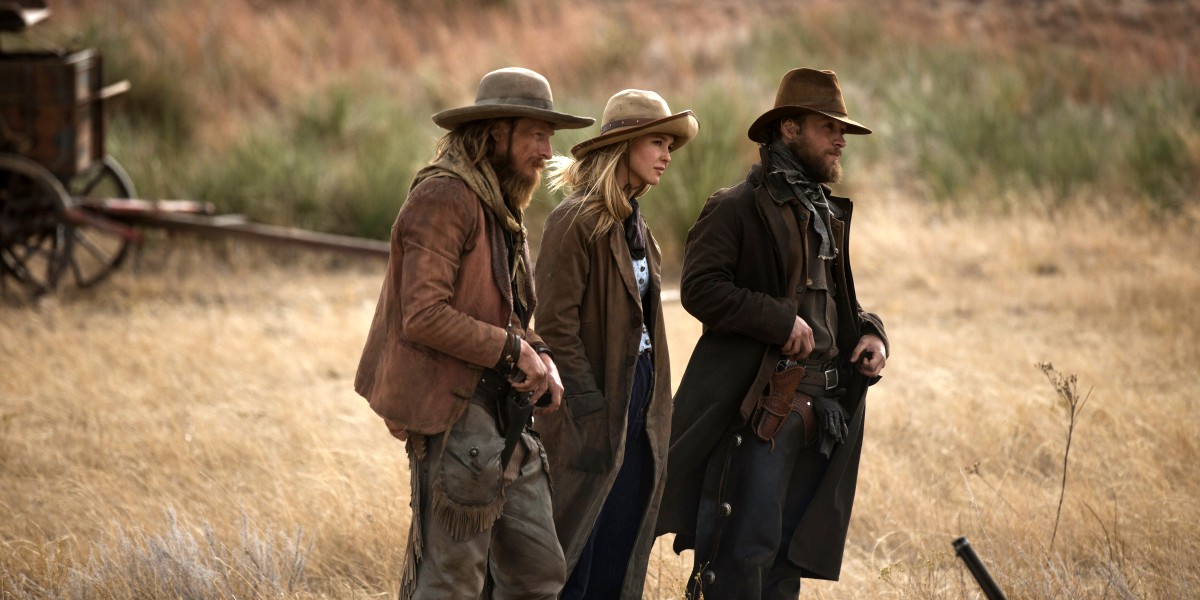 In ‘1883‘ episode 7,  the wagon camp begins a new chapter in a land that is still new to them. The immigrants and cowboys chart their way through Native American territory on their way to the Great Plains. However, just as things start to swing in the caravan’s favor, they are forced to deal with a deadly storm. As the situation escalates, viewers are left to wonder whether the group will be able to carry on their journey at all. If you are wondering about how the caravan survives the natural calamity, here’s everything you need to know about the ending of ‘1883’ episode 7! SPOILERS AHEAD!

The seventh episode titled ‘Lightning Yellow Hair’ follows the caravan as they venture outside Texas and pass through a Native American territory (present-day Oklahoma). The wagoners set up camp in the region after Shea and James strike a bargain with the Comanche warriors overseeing the land. As per the agreement, the group will pay a “tax” for permission to camp and pass through the land. Cookie prepares food but receives a punishment from Margaret for using foul language.

During lunch, Elsa meets the Comanche warrior named Sam. He shares the tragic story of his wife’s death, which is relatable for Elsa as she recently lost her lover, Ennis. Sam and Elsa talk about Elsa’s horse, Lightning. Sam challenges Elsa to a horseback race, and the young Dutton agrees. Elsa proves her skills by defeating Sam and earns his respect in the process. Sam gifts Elsa a knife as a trophy for her victory.

Later, Shea and Thomas realize that a storm is about the strike them. With no time to change course, Shea decides to hold back the group till the following morning. After the wagon camp hits the road, the storm begins to head in their direction. Soon, it takes the form of a tornado, and the campers are forced to abandon their horses, wagons, cattle, and supplies to save their lives.

Elsa, Wade, and Colton get separated from the rest of the group. During the storm, Sam protects Elsa, and Elsa kisses him. After the storm passes, the group begins to salvage whatever they can from the wreckage. Shea learns from Cookie that a group of thieves has rounded up their cattle. In the end, Shea prepares to fight the thieves and win back the cattle.

1883 Episode 7 Ending: Does the Group Get Its Cattle Back?

Towards the episode’s end, the group survives the tornado but loses everything they require to make the journey. They are forced to leave their wagons, which are destroyed by the tornado. The group frees the cattle and the horses, thereby losing their food and transport. With just a couple of wagons and a few horses, it seems like it will be impossible for the caravan to continue their journey without any food. However, the group receives a glimmer of hope after Cookie informs Shea that the cattle have been rounded up by a group of thieves a few miles north.

Shea informs James and Thomas about the cattle. They decide to bring the cattle back, and Elsa forcefully joins the trio. Although the quartet is expecting merely six bandits, they arrive on the scene to find that the odds are overwhelmingly against them. They realize that nearly thirteen men are guarding the cattle, who swiftly move to attack the four-horse riders.

A gunfight ensues, and Thomas, Shea, and James are forced to fight back as Elsa escapes. The three men bravely fight against the bandits but are overwhelmed. It seems like a few of the bandits will catch up to Elsa, but before they can, Sam and his partner arrive to kill them. Shea’s unit is helped by the incoming Charles “Charlie” Goodnight, a seasoned cowboy and Shea’s old friend. With the playing field evened out, the cowboys make quick work of the bandits and reclaim their cattle.

Shea, Thomas, and James walk out of the gunfight with minor injuries. However, one has to stop and wonder whether the group has used all of their luck. Nonetheless, it seems like the caravan will be continuing their journey towards Oregon after all. The episode’s ending reiterates that more dangerous situations wait for the group on the road ahead.