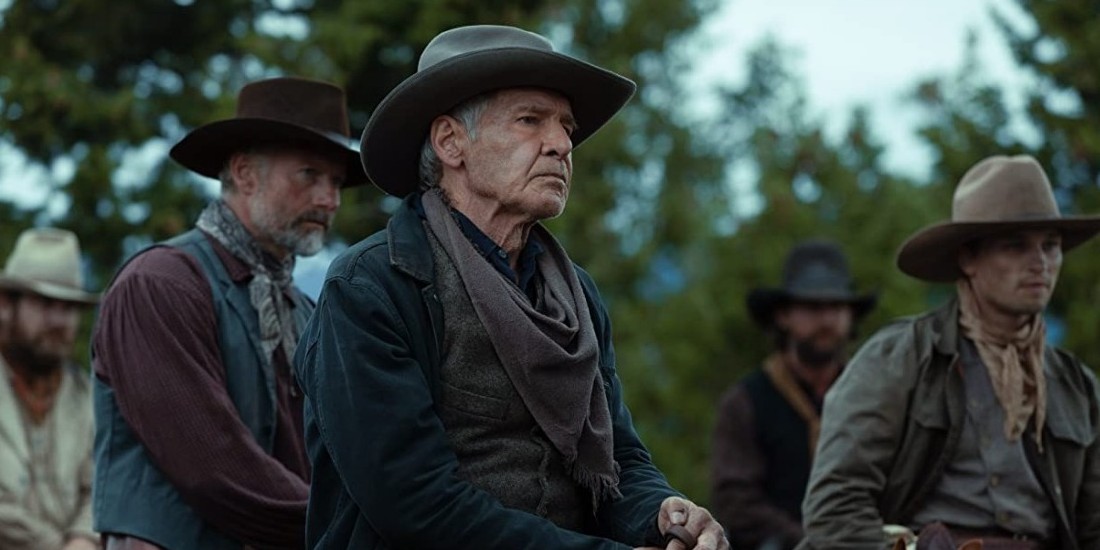 ‘1923’ is a Western drama series that tells the story of the Dutton family as they protect their family’s land against the Western Expansion, Prohibition, and the Great Depression. The second episode, titled ‘Nature’s Empty Throne,’ follows Jabo Dutton (Harrison Ford), the family’s patriarch, as he faces the troublesome shepherds led by Banner Creighton. Meanwhile, Spencer Dutton forges his own path in Africa and meets a surprisingly charming British lady. If you wish to catch up on the episode’s events, here is everything you need to know about the ending of ‘1923.’ SPOILERS AHEAD!

The second episode, titled ‘Nature’s Empty Throne,’ opens with Spencer Dutton fighting a leopard after he is attacked during a hunting assignment. Spencer fights the animal with his bear hands and manages to escape. He kills the leopard with his gun, but one of his friends is attacked by the other leopard and dies. Spencer kills the other leopard and holds the camp manager responsible for his friend’s death. He accuses the manager of hiding that the leopards were hunting in pairs. As a result, Spencer travels to Nairobi in search of a new hunting assignment.

Meanwhile, the Dutton men graze their cattle on the hillside. However, when they hear the sound of a gun firing, they rush to the hilltop. On the top, Jack Dutton’s horse dies from a gunshot wound and is stuck under the dead horse. The shepherds, led by Banner Creighton, rush to attack Jack, but the Duttons arrive just in time to fight back. After a brief gunfight, the shepherds are captured by the Duttons.

Jacob confronts Banner and decides to hang the shepherds for attacking his family. However, Banner insists that killing him and his men will have legal repercussions for the Duttons. Nontheless, Jacob executes the men, but Banner survives the hanging. Later, Jacob asks Zane, his right-hand man, to usher the sheep to the nearby Native American reservation. Zane gives the sheep to the Native Americans as a gift from the Duttons.

At the Yellowstone Ranch, Cara and Emma Dutton feel the absence of the men. They discuss Jack’s upcoming marriage with Elizabeth “Liz” Strafford and talk about the Dutton family’s legacy. Meanwhile, Teonna Rainwater continues to suffer at the Catholic boarding school. She attacks Sister Mary during lunch and is placed in solitary confinement. Simultaneously, a Native American woman speaks with the town chief about transferring her granddaughter from the Dakotas to a nearby catholic school.

Later, Sister Alice helps Teonna clean herself but sexually assaults the young girl, only for Sister Mary to intervene. Sister Mary warns Teonna that rebelling will not benefit her and that following the principles taught at the school are her only chance at salvation. On the hill, Jacob Dutton justifies his actions to Jack and explains that the Duttons never spare those who try to harm their family. Meanwhile, Banner frees himself from the tree and escapes into the night.

In Nairobi, Spencer arrives at a hotel in search of a new hunting assignment. He accidentally meets Alexandra, a young and charming British woman from an aristocratic family. Moreover, Alexandra’s friends recognize Spencer as a World War I hero. However, Spencer dislikes fame and is cold toward Alexandra. However, Spencer’s mysterious personality impresses Alexandra, and she tries to learn more about him. Alexandra’s friends intervene and take her away while Spencer is assigned a new hunting job.

The episode introduces viewers to Alexandra, the daughter of a British aristocrat. She meets Spencer at the bar and is immediately attracted to his sense of adventure. After she learns about Spencer’s hunting activities, Alexandra asks Spencer what makes him perform such a risky profession. Spencer’s answer highlights his sense of adventure and fearlessness. However, despite the tragic undertones of a man haunted by the nightmares of war seeking solace in constantly facing danger and death, Alexandra sees a burgeoning romance in Spencer’s way of living.

Later, Alexandra attends a dinner with her fiancé and family. She is set to be married soon, but her interaction with Spencer makes Alexandra realize that she is living a life mapped out for her. Alexandra feels anxious about getting married as she did not choose the man or decide to get married. Therefore, she leaves the dinner table and runs into Spencer. Another conversation with Spencer helps Alexandra take the reins of her life into her own hands. The next morning, Spencer leaves for his new hunting assignment, and Alexandra departs on a safari with her family.

At the last moment, Alexandra has a change of heart after seeing Spencer, and she follows him, leaving her family behind. After convincing Spencer to allow her to join him, Alexandra and Spencer drive away into the dense African forests. As a result, Alexandra’s desire to explore the world and seek a sense of adventure breaks her patriarchal shackles. She decides to join Spencer and seek the thrill of hunting to figure out what she wants from life. Alexandra admires the tragic romance Spencer shares with his work and likely hopes to experience the same. Spencer sees a sense of fearlessness in Alexandra and allows her to join him.

Ultimately, Spencer and Alexandra set off on a new adventure. The episode begins with Spencer losing his friend who accompanies him on the hunting assignments. However, by the end, Spencer obtains a new companion in the form of Alexandra. On the other hand, Alexandra escapes the dread of her monotonous and patriarchy-driven lifestyle by following her heart and joining Spencer. However, the duo will likely face several threats and near-death experiences during their adventure. Whether these experiences result in one of them dying or Spencer and Alexandra coming closer remains to be seen.