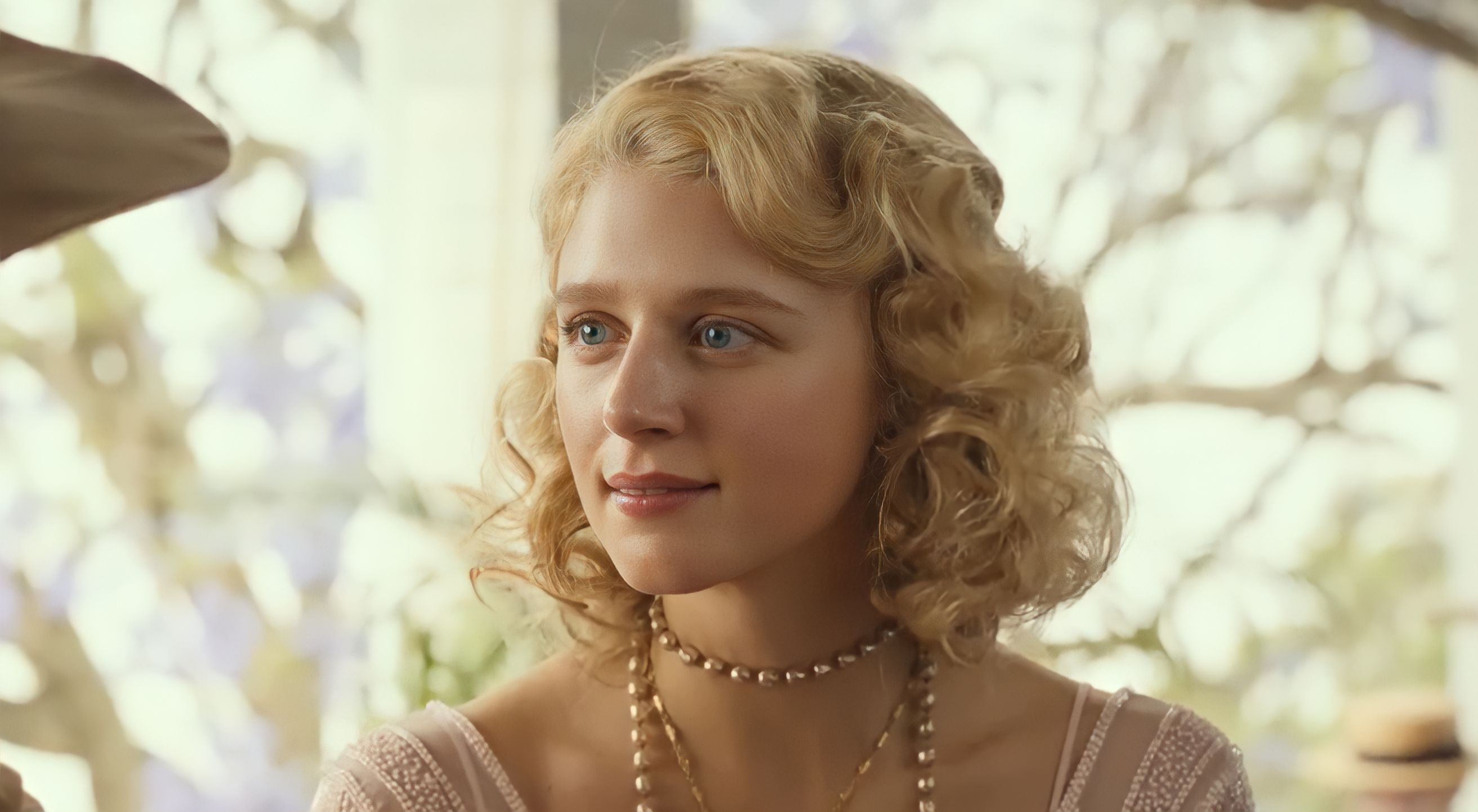 The second episode of Paramount+’s Western series ‘1923’ begins with Spencer Dutton fighting with a leopardess in a camp in Nairobi, Kenya. Spencer succeeds in defeating the maneater and garners immense attention from the Britishers spending their time in the region. The next day, as Spencer deals with the loss of his Kenyan friend, a group of women surrounds him to talk to him. Spencer doesn’t bother to acknowledge the popularity he receives as an unparalleled hunter but a young woman named Alexandra gains his attention. Intrigued by the new character, we have found out everything you need to know about the British woman. Let us share the same! SPOILERS AHEAD.

Alexandra is the fiancée of an upper-class British gentleman spending his time in Kenya with his extended family. She is adventurous and fascinated by adventures but as the fiancée of a distinguished individual, she is expected to maintain a certain decorum that isn’t a part of her real character. Alexandra’s encounter with Spencer changes her life severely. For the first time in a while, she sees someone who follows their heart rather than limiting themselves to others’ expectations. Alexandra resonates with Spencer’s courage and gets captivated by his display of the same. Both of them don’t fear death, which makes them brave enough to confront any challenges or threats.

Although both Spencer and Alexandra love adventures, they both don’t approach the same similarly. While Spencer had seen enough deaths on the battlefield as a soldier, he considers death noble. Alexandra, on the other hand, finds nobility in being alive. Despite their differences, they are able to connect because they both prefer to experience life on their terms. At the end of the second episode of the season, Alexandra leaves her controlling fiancé and runs away with Spencer for adventures and expeditions. She cannot tolerate a man controlling her, believing that it is his right to do so. When Spencer reminds her of the vast opportunities left in the world to experience and explore, she leaves for the same with him.

Alexandra’s friends and relatives have chosen to compromise their lives to tolerate their partners. Even when her fiancé suffocates her, one of her closest acquaintances advises her to tolerate the same since the latter’s partner is worse. Alexandra, however, chooses not to limit herself and runs away with Spencer to regain herself from the authority of her fiancé. The courage Alexandra displays to follow her heart, even when her family and friends stand against her, reminds us of the women of the Dutton family, including Cara Dutton and Evelyn Dutton. In the upcoming episodes, we can expect Alexandra to form a romantic relationship with Spencer, which may lead her to the Dutton family in the near future.

Julia Schlaepfer, known for her performance as Alice Charles in ‘The Politician,’ plays Alexandra in ‘1923.’ The actress made her television debut playing Ashley Whittaker in CBS’ political series ‘Madam Secretary.’ Julia also plays Maggie Fallon in CBS’ police procedural show ‘Instinct,’ Sandra Good in the biographical film based on Leslie “Lulu” Van Houten’s life ‘Charlie Says,’ Josephine Decker’s coming-of-age film ‘The Sky Is Everywhere,’ Celeste in the second season of ‘American Horror Stories,’ etc. The actress had her breakthrough with her performance as Alice Charles, the partner of the protagonist Payton Hobart, in Netflix’s comedy series ‘The Politician.’

Julia recently shared images of her on horseback. Considering that Alexandra leaves with Spencer, it will not be a surprise if she eventually becomes a cowgirl, possibly upon arriving at the Yellowstone Dutton Ranch with the former soldier. The actress has also built an admirable companionship with Aminah Nieves and Michelle Randolph, who plays Teonna Rainwater and Elizabeth “Liz” Strafford respectively in ‘1923.’

Read More: How Are 1923’s Jacob and Cara Dutton Related to James Dutton?