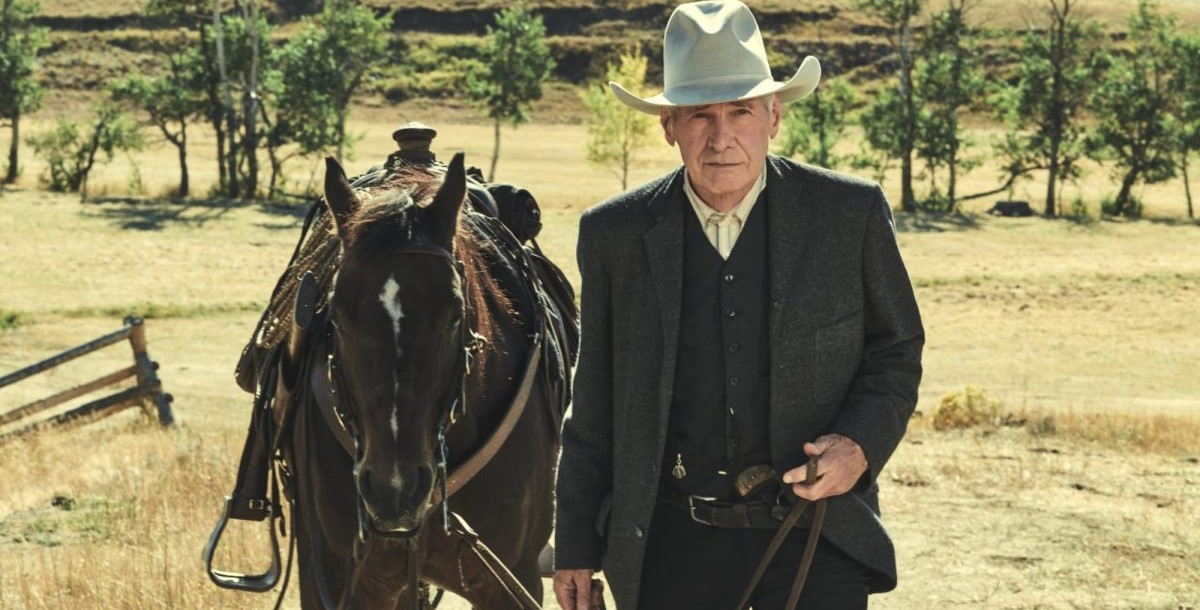 Created by Taylor Sheridan, Paramount+’s ‘1923’ is a Western drama series that serves as the prequel to ‘Yellowstone‘ and the sequel to ‘1883.’ Set in the early 20th century, the narrative gives us a glimpse into the lives of one of the generations of the Dutton family and showcases how their history shaped their current generation. As the Duttons reside in the mountain west, they have to go through a series of challenges, including Western expansion, Prohibition, and the Great Depression.

Thanks to the brilliant performances from some of the biggest names in the Hollywood industry, including Harrison Ford, Helen Mirren, Sebastian Roché, Michelle Randolph, and Darren Mann, the quality of the narrative is enhanced further. Moreover, the period drama show takes us back in time as it is set during the early 20th century against the backdrop of ranches. Thus, it is natural for you to wonder where ‘1923’ is shot. Well, we have gathered all the necessary details about the same to get rid of your curiosities once and for all!

‘1923’ is filmed in Montana, Tanzania, South Africa, and Malta, particularly in Butte, Anaconda, Whitehall, Deer Lodge, Hamilton, Dillon, Pony, Park City, and Valier. As per reports, the principal photography for the inaugural iteration of the drama show commenced in August 2022 and wrapped up in a few months. Now, without further ado, let’s follow the Dutton family as they deal with the hardships that come their way and get a detailed account of all the specific sites that appear in the Paramount+ series!

Butte, a consolidated city-county as well as the county seat of Montana’s Silver Bow County, serves as the primary production location for ‘1923,’ with many scenes being lensed in the Uptown Butte area. The production team reportedly rents the Butte Civic Center at 1340 Harrison Avenue, inside which they construct numerous sets for shooting the series. While the Silver House at 106 West Broadway Street is transformed into the Election Headquarters, the Piccadilly Museum of Transportation at 20 West Broadway Street is converted into an Auto Dealer shop in the 1920s for the purpose of filming.

Furthermore, the filming unit redecorates the Kenwood building at 63 West Broadway Street to make it stand in for the Hotel Bozeman. In and around Broadway Street itself, they utilize several storefronts, mostly vacant, and turn them into different stores and shops from the early 20th century, such as Broadway Dry Goods, Two Bits & A Nick Barbershop, Opal’s Diner Luncheonette, Honest Jim’s Pawnshop, the Silver Dollar Soda, and Heine Fine Fur, along with a bunch of real estate and auction notices.

In addition, some key scenes for the debut season were recorded on a constructed boxing ring on the corner of Broadway and Curtis Streets. Moreover, the cast and crew members take over the headquarters of the KMBF Radio Station, particularly the second floor, in Carpenter’s Union Hall at 156 West Granite Street to record a number of interior scenes for ‘1923.’ Some more interior sequences for the first season were also lensed inside mansions near the intersection of Excelsior Avenue and Park Street.

As for the exterior scenes, the production team of ‘1923’ sets up camp at various sites; they include the area around the Butte-Silver Bow Courthouse area at 155 West Granite Street, 65 East Broadway & Wyoming Street, Butte Sheriff’s Department at 225 North Alaska Street, Hamilton Street, Montana Street, and Quartz Street.

For shooting purposes, the filming unit of ‘1923’ travels to different locations across Montana. For instance, in late August 2022, the cast and crew members were spotted recording some scenes for season 1 in the city of Anaconda, while in September 2022, they headed to the town of Whitehall. Other pivotal production locations utilized for the Western show are Deer Lodge, Hamilton, Dillon, Pony, Park City, and Valier.

As per reports, additional portions for ‘1923’ are also taped in Tanzania, a country situated in East Africa. While the northeast region of the country is mountainous and densely forested, the eastern shore is hot and humid due to the Zanzibar Archipelago lying just offshore. Moreover, it is considered the most populous country out of all the countries located entirely south of the equator.

A few important scenes for ‘1923’ are reportedly lensed in Cape Town as well. It is the legislative capital, the oldest city, and the second-largest city in Africa. In November 2022, the cast and crew members were spotted recording some key scenes in Kalk Bay, a fishing village on South Africa’s False Bay coast. The Kalk Bay harbor had numerous old and traditional boats lined up while several parts of the town were transformed accordingly. Furthermore, the sports field of Fish Hoek High School at 13th Avenue in Fish Hoek was turned into a makeshift base camp for the filming unit as cars, trailers, and tents took up the space.

The filming unit of ‘1923’ also reportedly travels to Malta, an island country located in the Mediterranean Sea and a part of Southern Europe, to shoot some portions of the series. Malta is not just only the tenth smallest country in terms of area in the world, but it is the fourth most densely populated sovereign country as well. It has also served as a filming site for several shows and movies like ‘Game of Thrones’ and ‘Gladiator.’