6 Movies Like Single All the Way You Must See

Directed by Michael Mayer, ‘Single All the Way’ is a gay holiday romantic-comedy film. It follows best friends and roommates Peter (Michael Urie) and Nick (Philemon Chamber). Peter is dissatisfied with his job and disappointed with his love life. With Christmas around the corner, he dreads going home to Bridgewater, New Hampshire, alone, so he convinces Nick to come along and pretend that they are now a couple.

However, after they arrive, they discover that Peter’s mother has set him up on a blind date with her spin instructor, James (Luke Macfarlane). If you have watched the film and loved it, here is a list of recommendations for you. You can watch most of these movies similar to ‘Single All the Way’ on Netflix, Hulu, or Amazon Prime.

‘Love, Simon’ follows the eponymous character, a closeted gay high-school student. He has loving relationships with his family and friends but hasn’t yet spoken about his sexual orientation with them. After learning that another closeted gay student at his school has posted a confession online under the alias “Blue,” Simon decides to reach out under the pseudonym “Jacques,” and a connection gradually forms between them. Like Peter’s family, Simon’s parents and sister are supportive of him. While there are moments of angst in ‘Love, Simon,’ the film is ultimately a feel-good romantic comedy, just like ‘Single All the Way.’

A poignant, funny, and reflective film, ‘Alex Strangelove’ revolves around high school student Alex Truelove, his relationship with his best friend turned girlfriend Claire, and his developing feelings for an openly gay young man named Elliot. While Peter and Alex are at different stages of their lives, they approach love with similar vulnerability. 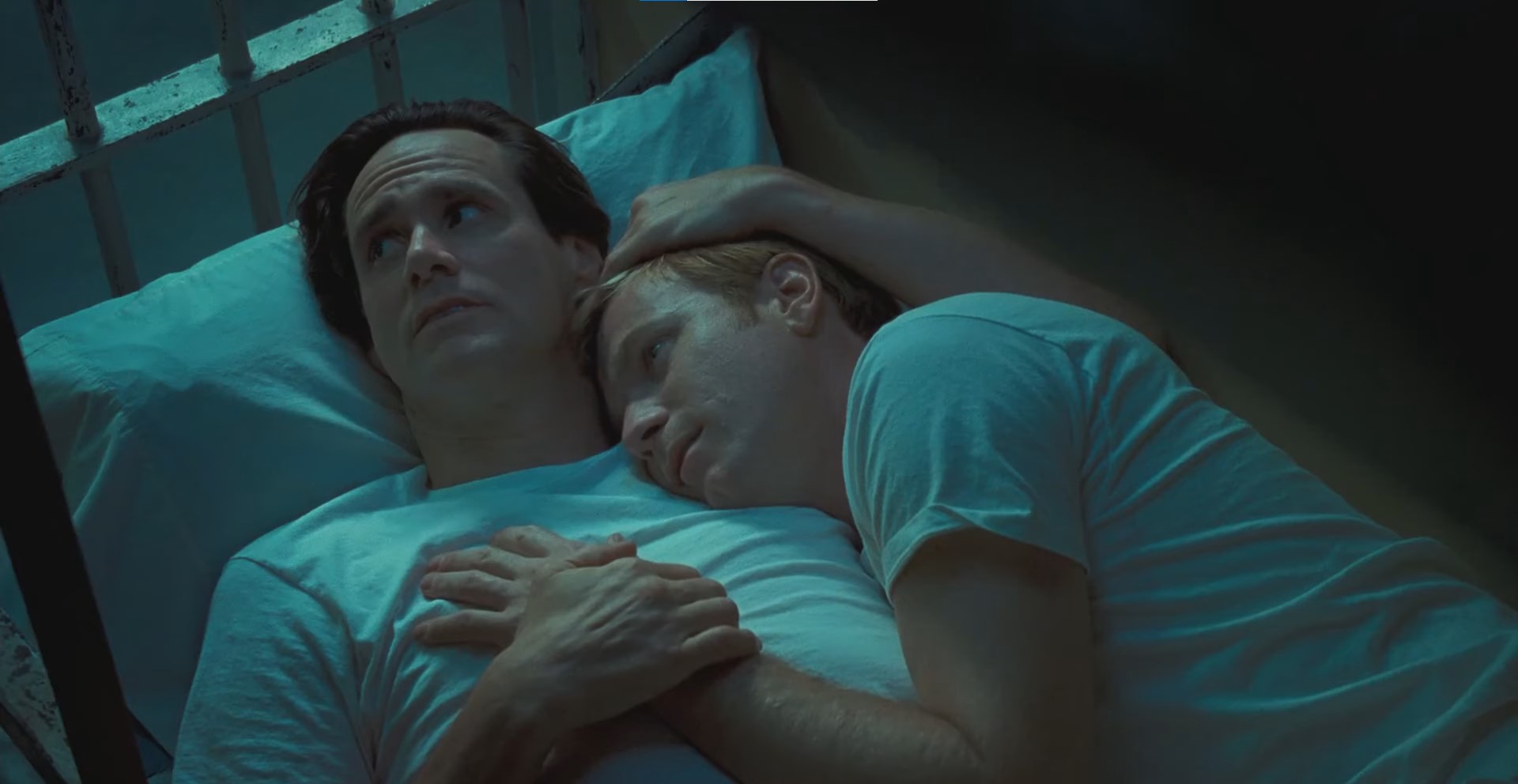 ‘I Love You Phillip Morris’ tells the real-life story of conman Steven Jay Russell (Jim Carrey), who is a closeted gay man with a wife and daughter at the start of the film. After surviving a car crash, he deserts his family, relocates to Miami, and finds himself a boyfriend. However, Steven ventures into a world of crime to keep up with his opulent lifestyle and is soon arrested. In prison, he meets the love of his life, the eponymous Phillip Morris (Ewan McGregor).

Both ‘Single All the Way’ and ‘I Love You Phillip Morris’ are films about the inevitability of love. Peter has genuine feelings for Nick but is afraid that acknowledging them will ruin their friendship. Meanwhile, even the US criminal justice system can’t keep Steven away from Phillip.

‘Single All the Way’ has the distinction of being Netflix’s first gay holiday romantic comedy. ‘The Birdcage’ was also a groundbreaking film when it came out. Armand Goldman (Robin Williams) owns the eponymous drag club, where his domestic partner Albert Goldman (Nathan Lane) performs as its most prominent attraction, Starina.

Armand’s 20-year-old son Val returns home from college to announce that he is getting married and pleads to his father to pretend to be straight in front of his girlfriend’s ultra-conservative parents. Both ‘Single All the Way’ and ‘The Birdcage’ deliver an important message about acceptance while being delightfully funny and heart-warming. 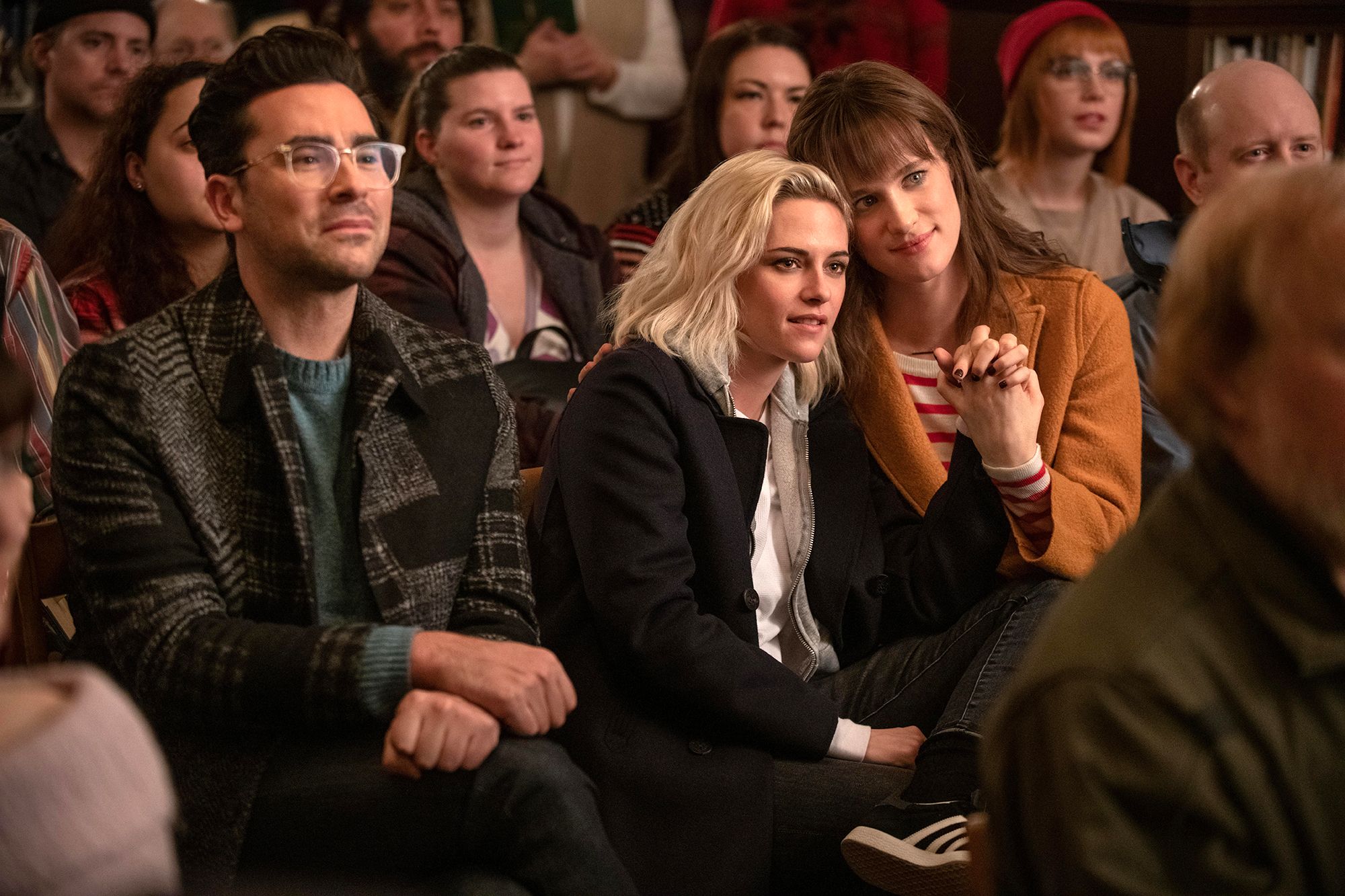 In ‘Happiest Season,’ Abby Holland travels with her girlfriend Harper Caldwell to the latter’s home for Christmas, hoping to meet Harper’s parents and propose to her. However, she soon discovers that Harper hasn’t yet come out to her parents. And now, they must pretend to be each other’s straight roommates. Both ‘Happiest Season’ and ‘Single All the Way’ are LGBTQ+ holiday romantic comedies. Moreover, both films show the complex dynamics that often exist between love and family.

Both ‘Single All the Way’ and ‘The Christmas House’ are about the lives of the gay main characters after coming out. And like Peter, Brandon of ‘The Christmas House’ is loved and accepted by his family. Brandon and his husband Jake visit the home of the former’s parents for Christmas. It is revealed that each family member is dealing with their individual issue. For Brandon and Jake, it’s their desire for adoption. Just as ‘Single All the Way’ is for Netflix, ‘The Christmas House’ is a landmark project for Hallmark, being the first film distributed by the channel that has a same-sex relationship as a crucial plot device.

Read More: Does Peter End Up with Nick or James at the End of Single All the Way?