Where Was Single All the Way Filmed?

‘Single All the Way’ is a holiday romantic comedy film that follows roommates and best friends Peter (Michael Urie) and Nick (Philemon Chambers) as they visit Peter’s home for Christmas. Peter’s luck with love hasn’t been particularly good. However, knowing that his family is going to ask him why he is still a single man, he persuades Nick to go with him as his boyfriend. However, once they get there, they discover that Peter’s mother wants him to date her new handsome spin instructor, James (Luke Macfarlane).

‘Single All the Way’ celebrates LGBTQ+ love, family, Christmas, and the beauty of small towns. Although the early part of the film takes place in Los Angeles, California, it is predominantly set in Bridgewater, New Hampshire. If you are wondering whether the feel-good Christmas-themed film was shot on location or elsewhere, we got you covered.

Single All the Way Filming Locations

Director Michael Mayer and the rest of the crew and cast primarily shot ‘Single All the Way’ in and around Montreal, a city in the Canadian province of Québec. Furthermore, the film has several establishing shots featuring Los Angeles in Southern California. Principal photography began in late March 2021 and was most likely finished by June that year. Let’s look at specific locations in detail.

‘Single All the Way’ was principally shot in and around Montréal, a city located in the southwest part of the Québec province. Most of the scenes were filmed in Pointe-Claire, which is a Québec local municipality situated in the Montréal administrative region. It is also one of the municipalities that make up the West Island, the unofficial name for the area at the western end of the Island of Montreal. 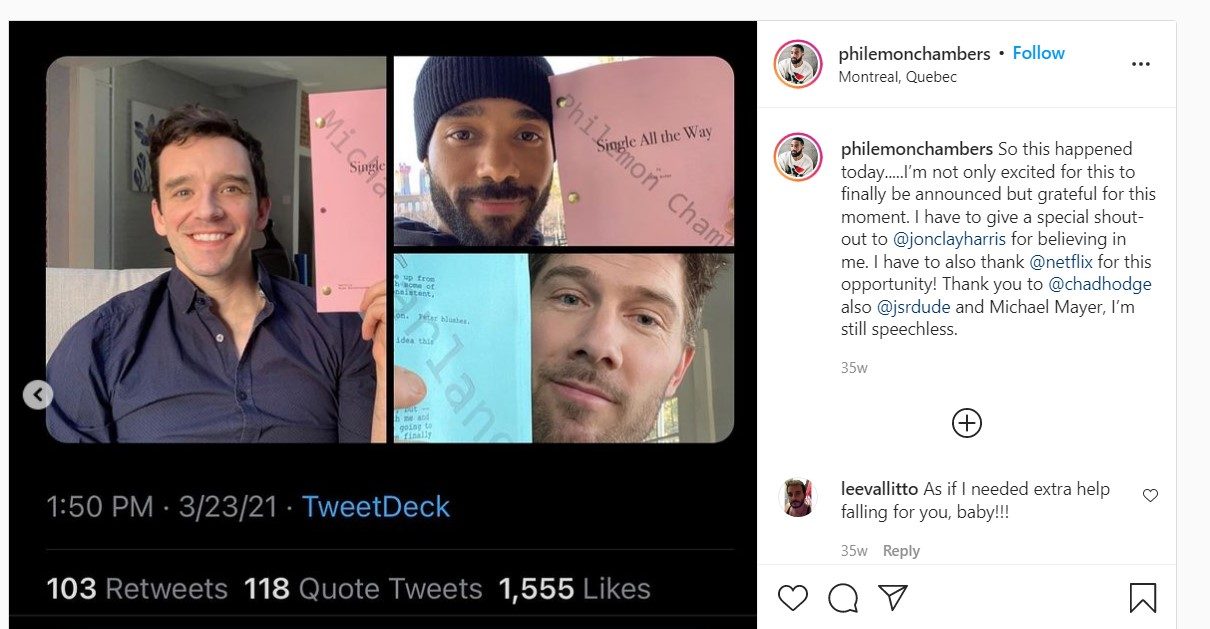 In April 2021, the production unit for the holiday movie was reportedly spotted filming in Pointe-Claire. Filming took place at the Beaconsfield Golf Club or Club de golf Beaconsfield Golf, a private golf course located at 49 Golf Avenue, Pointe-Claire. Interestingly, ‘Single All the Way’ was shot in the same neighborhood as ‘Home Sweet Home Alone.’

Like the rest of Canada, Montréal has become a prominent filming destination for Hollywood projects as it’s more economical to film there than most American cities, even though it has a highly competent workforce and state-of-the-art infrastructure. Some of the other projects that were also shot in Montréal are ‘Arrival,’ ‘Mother!,’ and ‘Catch Me If You Can.’

A few scenes of ‘Single All the Way’ were presumably filmed in Los Angeles, California, given that establishing shots of the city’s skyline feature in the movie. Many popular productions like ‘Eternals,’ ‘King Richard,’ and ‘Game of Thrones’ were also shot in the City of Angels.