‘Greyhound’ is a movie that is equal parts character drama, and equal parts war thriller. However, unlike most war movies, ‘Greyhound’ sets itself apart by being a naval thriller. The film is based on C.S. Forester’s novel, ‘The Good Shepherd,’ and is set in the early days of American involvement in the Second World War. Forrester was alive during the tension-laden time of the Second World War, lending the movie a more personal, lived touch.

The movie revolves around a convoy of 37 ships that attempts to cross the North Atlantic during the war. However, their journey is challenged when they get pursued by German U-boats. In such a scenario, Commander Ernest Krause, belonging to the United States Navy must rise to the occasion. However, it is not just the U-boats that Krause has to deal with. He must also battle his own demons and inner doubts. The character of Krause is essayed by Tom Hanks. You can watch most of these Movies Like Greyhound on Netflix, Hulu, or Amazon Prime. 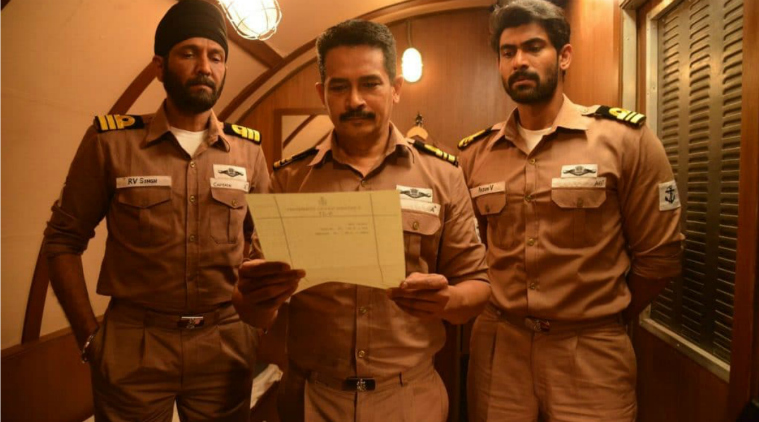 ‘The Ghazi Attack‘ is a compelling South Indian movie that would make a worthy addition to your to-watch foreign film list. The film is also completely about naval warfare and is set during the Indo-Pakistani War of 1971 which led to the liberation of present-day Bangladesh. The film maintains a razor-sharp tension while the dynamic and power-play between two of its protagonists prove to be memorably engaging.

‘Dunkirk‘ is perhaps the most jaw-dropping war movie and cinematic experience of all time. Two men are to be thanked for it: Christopher Nolan who helms the movie with his characteristic command, and Hans Zimmer who composes one of the most engrossing background scores of all time. The film is also set during the Second World War and revolves around the evacuation of various Allied soldiers from the titular town. 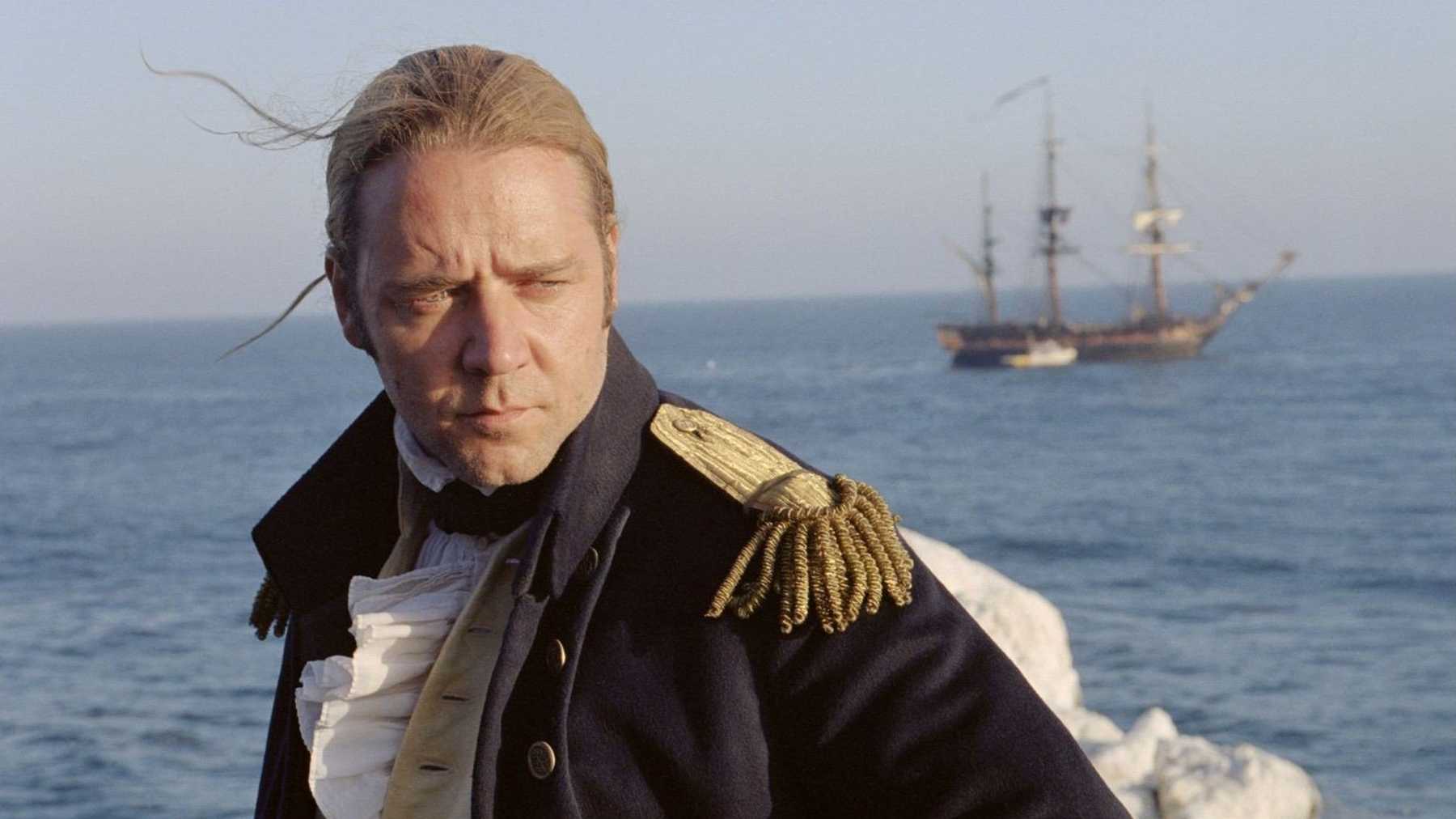 ‘Master and Commander: The Far Side of the World’ is yet another naval warfare movie (in this list which comprises of mostly naval war films) that is an adaption of three novels in the Aubrey-Maturin series by Patrick O’Brien. The 2003 production is set during the Napoleonic wars. It follows the character of Jack Aubrey who is a British captain of HMS Surprise. He pushes his crew to their very limits in the pursuit of a French war vessel despite his ship being damaged. The movie stars Russell Crowe, Paul Bettany, and James D’Arcy in leading roles. 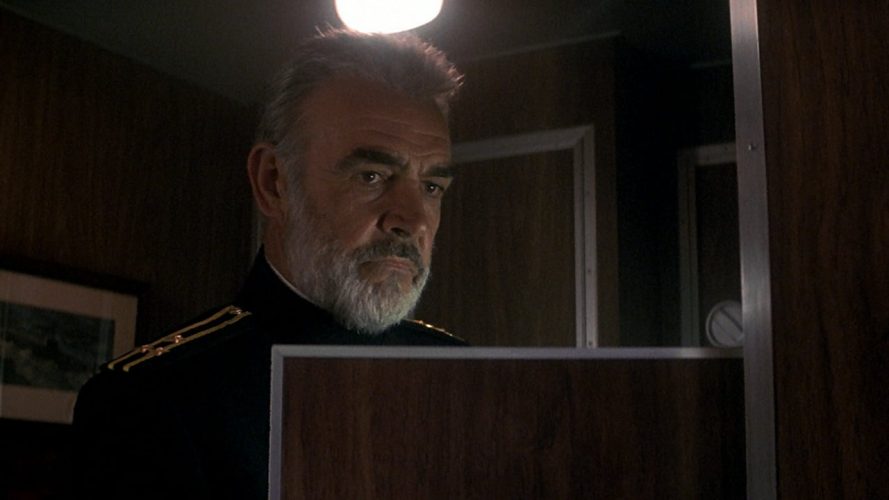 ‘The Hunt For Red October’ is an extremely entertaining movie featuring the popular character, Jack Ryan. Based on Tom Clancy’s novel of the same name, the film revolves around the prominent CIA analyst character as he attempts to locate a Soviet nuclear submarine before it defects. The film stars Sean Connery and Alec Baldwin in leading roles, providing even more reasons to watch it. 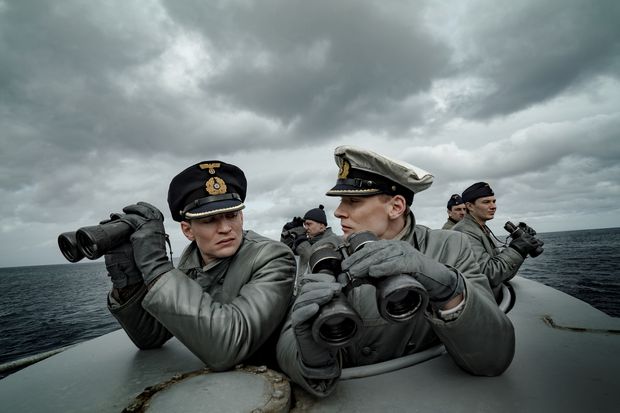 ‘Das Boot‘ is one more foreign movie recommendation on this list. The film tells a story similar to ‘Greyhound’ but from the opposite perspective. To be clearer, the West German movie revolves around a German U-boat’s crew. It depicts its characters as ordinary men attempting to serve and please their higher-ups. The movie is based on a 1973 novel by Lothar-Günther Buchheim and is critically acclaimed for its thrilling filmmaking. 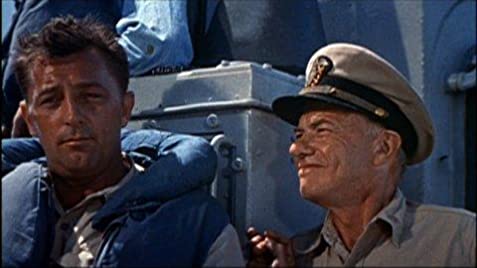 ‘The Enemy Below’ is also a naval warfare movie but one which focuses less on the “chitty chitty bang bang.” It revolves around an American destroyer escort and a German U-boat captain during the Second World War. Going up against each other, the two begin to respect each other’s tactical skills. 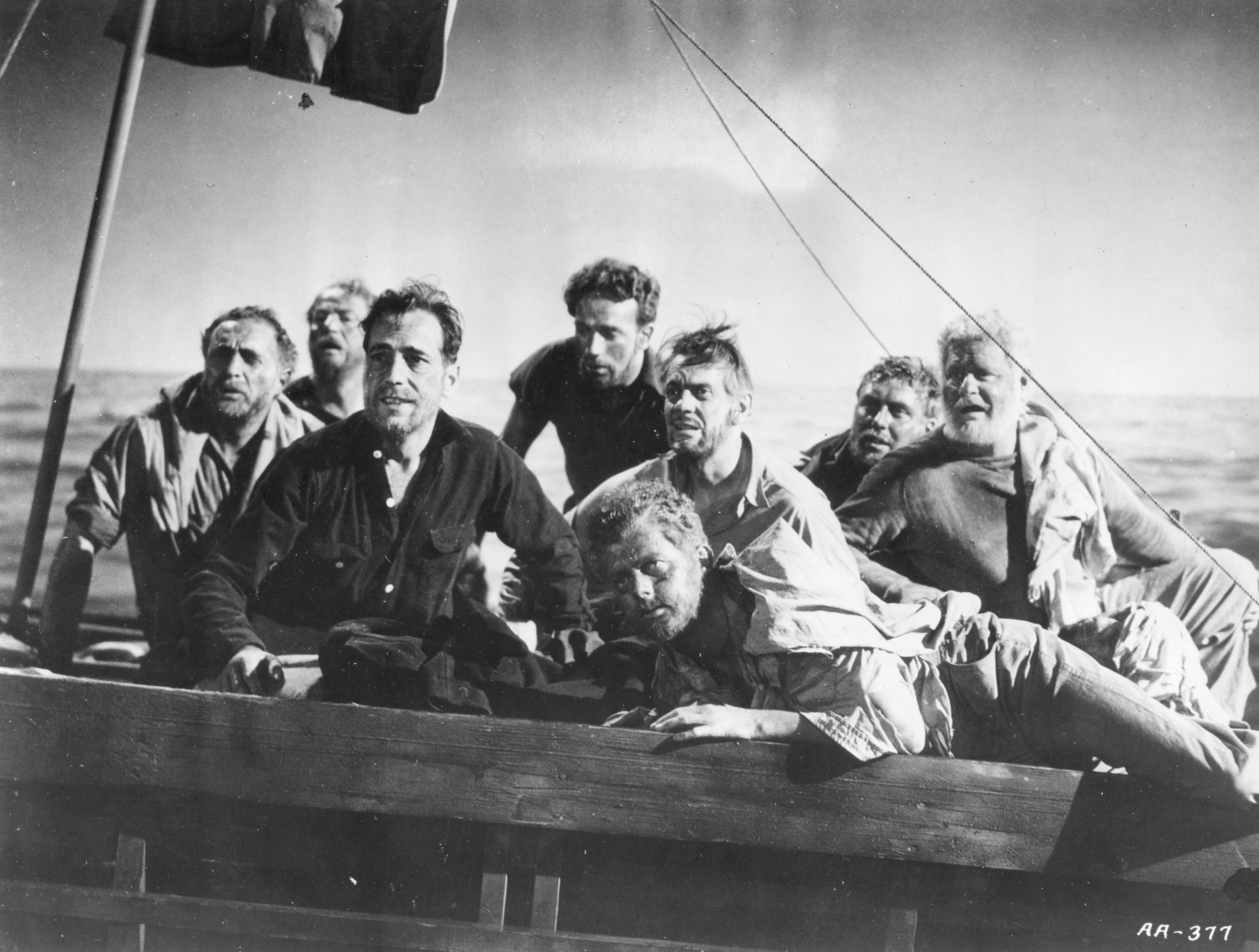 This 1943 film harbors a premise which is extremely similar to ‘Greyhound.’ However, that doesn’t change the fact that ‘Action in the North Atlantic’ is an extremely engaging film. It focuses on a couple of Marine sailors who are tasked with taking a supply vessel to the Russians. However, they get attacked by a German U-boat. The two sailors have more than survival as their motif since they also wish to get back at the Germans who sank one of their ships.