8 TV Shows You Must Watch if You Love Das Boot 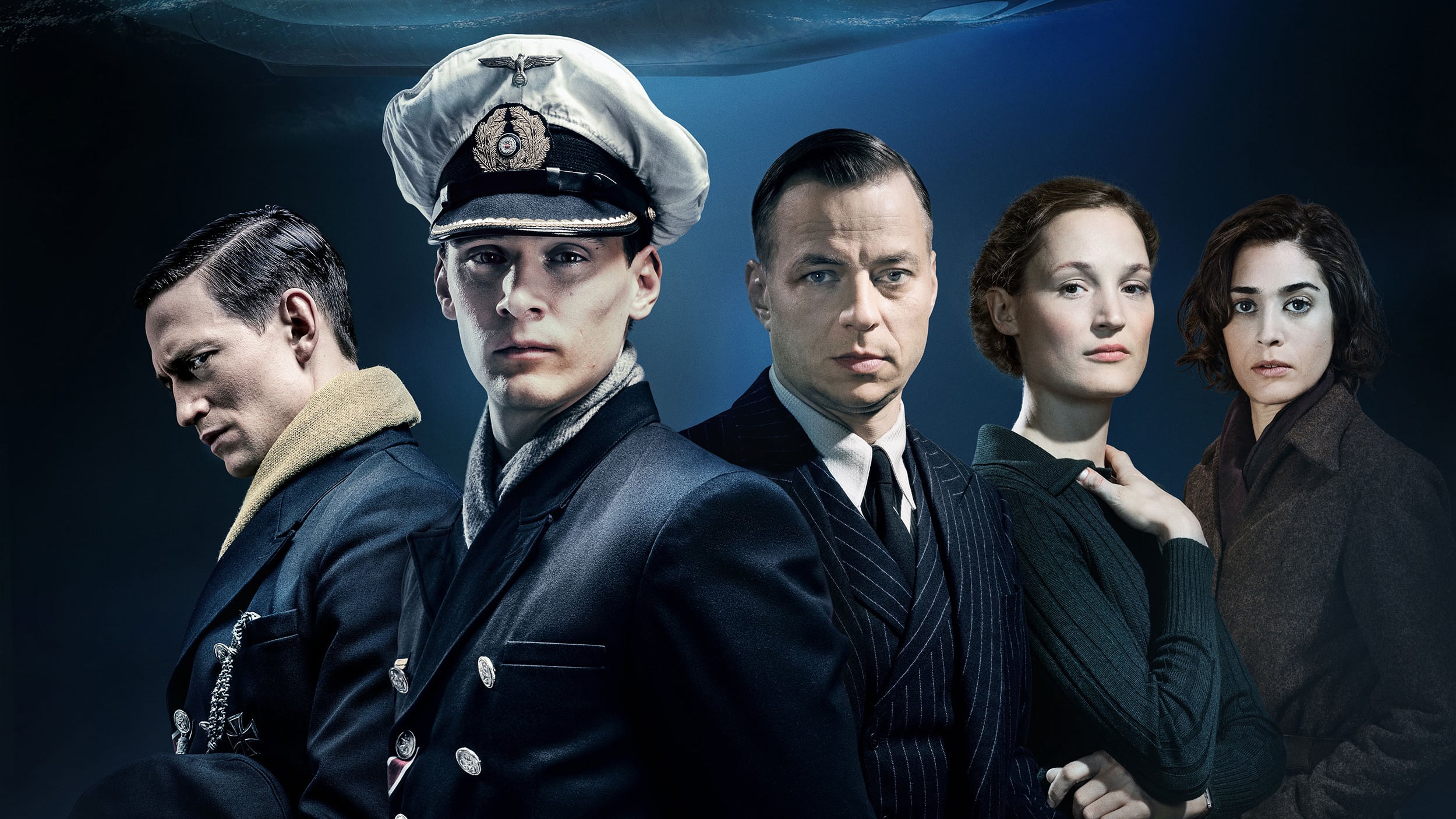 ‘Das Boot‘ is a German television series based on two books by Lothar-Günther Buchheim — ‘Das Boot’ (1973) and ‘Die Festung’ (1995). The series is a sequel to the 1985 film of the same name. Both the film and the TV series is set during World War II. There are two parallel narratives in the story, one of them is set during the German occupation of France and the eventual Franch Resistance. The other narrative follows a German U-Boat (submarine) called U-612 and the lives of its crew.

Captain Klaus Hoffmann is the leading character of this series. He is the son of one of the most respected U-Boat captains in German military history. However, Klaus is new in his role and has not yet managed to earn the respect of his peers. Hoffmann’s First Watch Officer Karl Tennstedt gets the better of him, being a much more aggressive commander than Hoffmann. The series also follows the life of a German woman who acts as a translator for the German Army. If you enjoyed watching this show and are looking for more titles that deal with similar themes and story-lines, then you have come to the right place. Here’s the list of best shows similar to ‘Das Boot’ that are our recommendations. You can watch several of these series like ‘Das Boot’ on Netflix, Hulu or Amazon Prime. 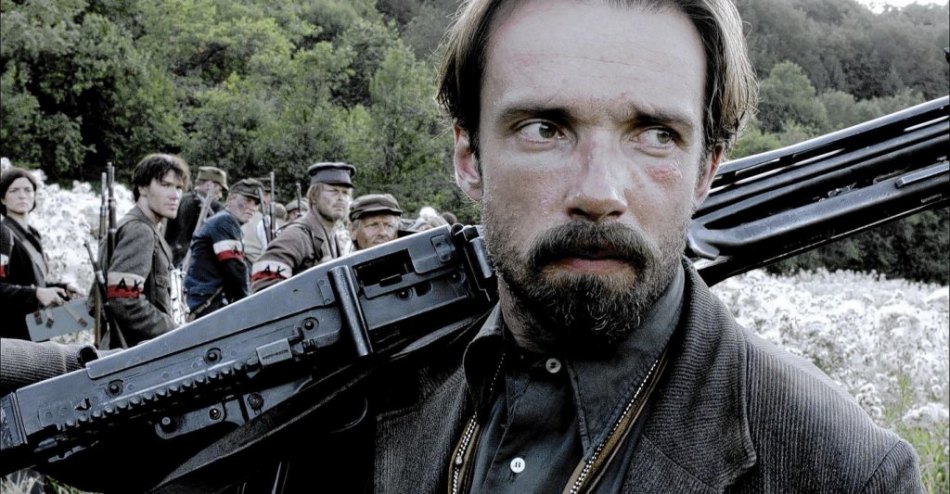 ‘Generation War’ is a German miniseries set during the Second World War. It is based on five characters and how they manage to navigate through the perilous times of Nazi Germany and WWII. All of them are friends but have taken to different paths. One girl is working as a nurse; two of them have been recruited in the army to fight at the eastern front; one is a singer; while the fifth friend is a Jewish tailor.

This miniseries is divided into three episodes, namely — ‘A Different Time’, ‘A Different War’, and ‘A Different Country’. One of these friends, Wilhelm, is our narrator. He takes us through the story, and whenever there is a time gap, he explains to the viewers what happened in between. The show received widespread critical acclaim in Germany but got severely condemned in Poland because it depicted the Polish as brutal anti-Semites and the Germans as people misled by the Nazi propaganda. In other parts of the world, the reviews varied from leveling the same criticism as the Polish press and also praising the series for showing the conditions of the German people during WWII. 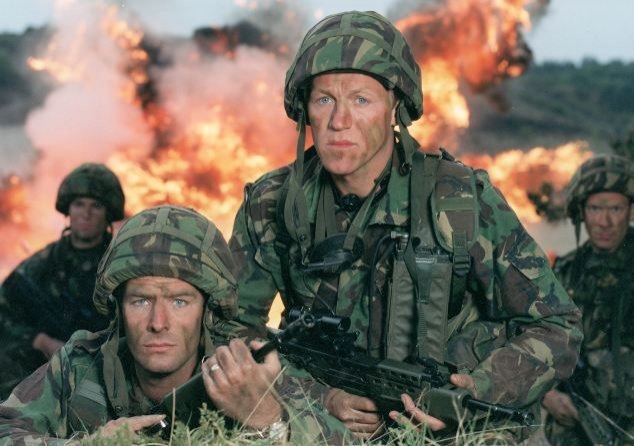 A British series set during World War II, ‘Soldier Soldier’ is named after a song with the same name. The story of this series is based on the lives of British soldiers who work in the ‘B’ Company, 1st Battalion The King’s Fusiliers. The show is set in the aftermath of the Cold War. During this period, many regiments of the British Army were being incorporated with each other and thus see significant changes in their lives because of the same. The most famous actor to work in this series is Jerone Flynn, who would later go on to play the role of Bronn in the epic TV series ‘Game Of Thrones’. 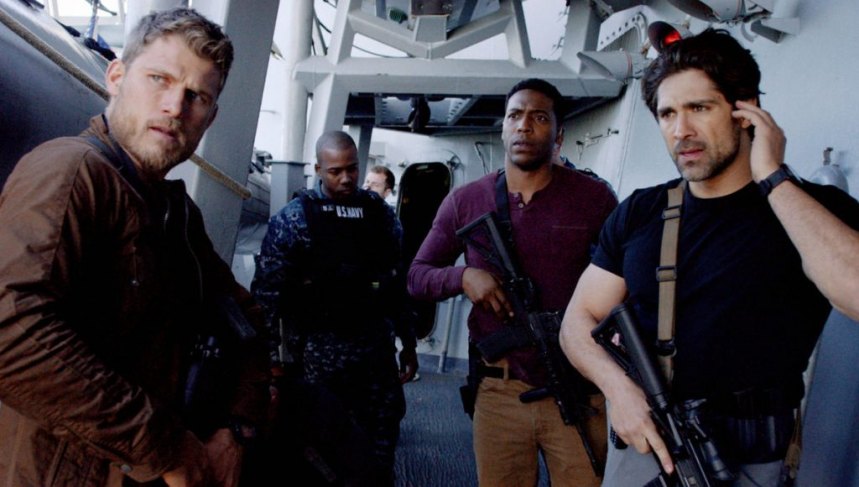 In a similar vein with ‘Das Boot’, a majority of The Last Ship’s story is set on an army ship. However, this is not a World War story, and is set in modern times. The plot of the series is centered around the U.S. Navy Arleigh Burke-class guided missile destroyer. A viral outbreak all over the world has led to the death of more than 80% of the total human population. The only people who have remained unaffected are the ones onboard this ship. Now it is upon the ship’s crew to ensure that they come up with an antidote for this virus and save lives in any way possible. The series also boasts of some pretty intense action sequences. Critics have praised the cast members for their intense performances. 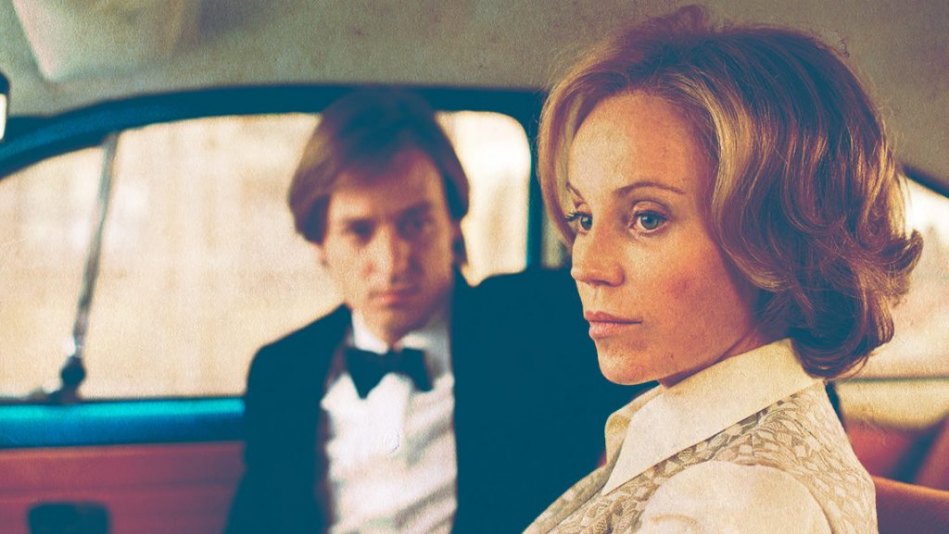 The story of ‘The Same Sky’ is set during the Cold War. It is a three-part German miniseries with each episode having a running time of around two hours. The story of the show centers around the turmoils two German families face during this perilous time. While one of these families stay in West Berlin, the part occupied by the Western Bloc, the other one resides in East Berlin, the Eastern Bloc, namely the USSR’s territory. The one person who connects these two families is an East German spy. He is popularly known as a ‘Romeo’ agent, who uses seduction of women as a means to get through to his goal. His target is a woman who lives in West Germany. The series is directed by Oliver Hirschbiegel. 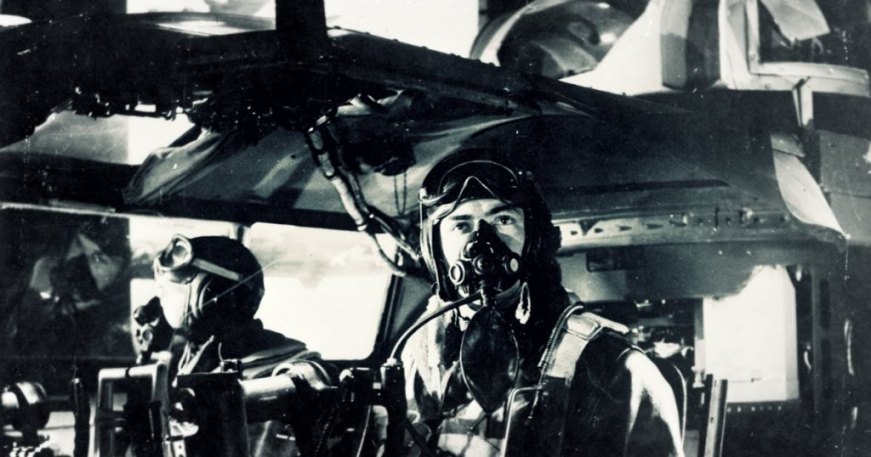 A war is fought on land, air, and water. Having already dealt with shows dealing with the navy and the army, this seems the appropriate time to talk about a show that concentrates on the affairs of the Air Force during a war. ‘Twelve O’Clock High’ is a series created by Sy Bartlett and Beirne Lay, Jr. It is based on a 1949 movie of the same name starring the Hollywood legend Gregory Peck. The story is based on the 918th Bombardment Group (Heavy) of the U.S. Army Air Forces as they participate in World War II. At first, Brig. Gen. Frank Savage is the commander of the Group, and the charge is later taken over by Col. Joseph Anson Gallagher. The series even had a comic book based on it, which was released in 1965. 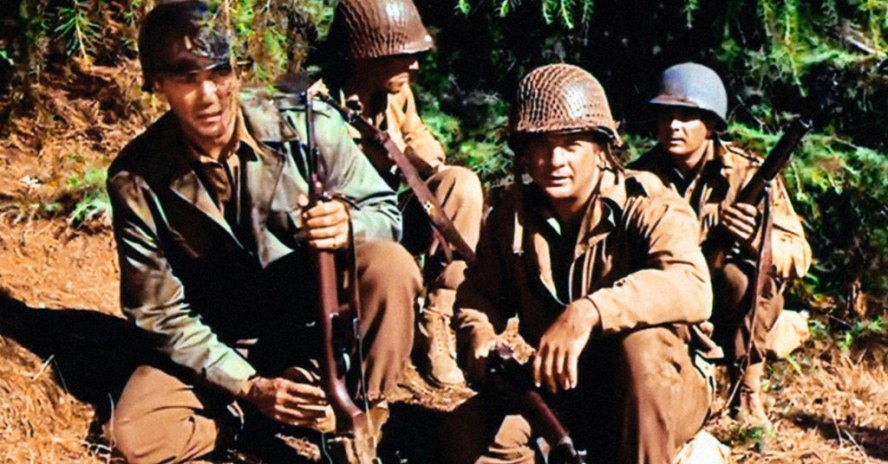 ‘Das Boot’ is set during the French Resistance in World War II, and tells us the story from the perspective of the German soldiers. It is interesting that there is a show which depicts the conditions of the Allied powers in a similar situation, and this is the exact reason why ‘Combat!’ has found its mention on this list. ‘Combat!’ is the longest running WWII series of all time. The story centers around a group of American soldiers who are fighting the Germans within France. It takes place in June 1944, after the Normandy Landings. The show has two leading actors — Rick Jason and Vic Morrow. Each one of them becomes the protagonist in alternating episodes. ‘Combat!’ is widely regarded as one of the most popular war TV shows ever made. Critics also praised the realism of war depicted in the series. 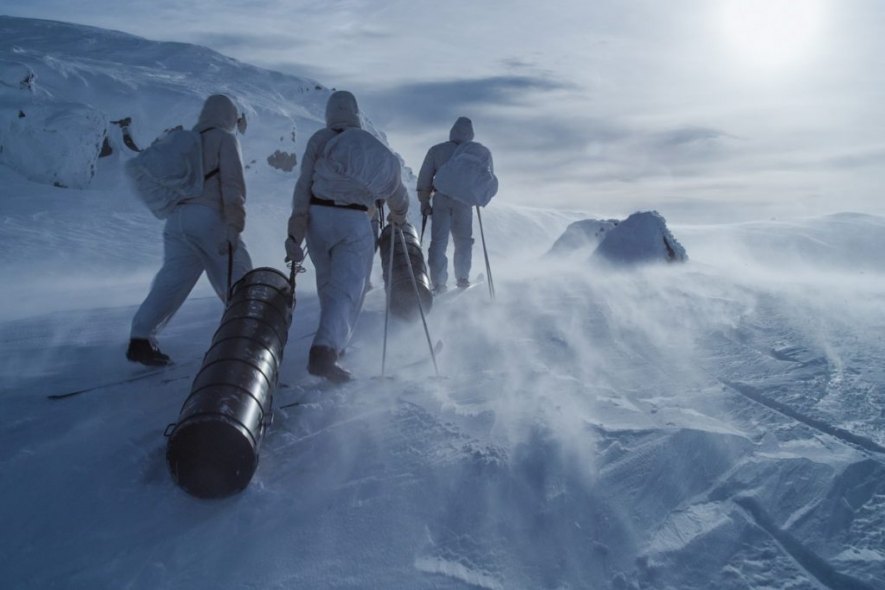 This TV series deals with an interesting aspect of World War II, something which is not known to many. Adolf Hitler had written to the US government saying that the Germans are trying to build a bomb that can cause massive damage if their plans come to fruition and that America should immediately start researching on the same as well. Interestingly enough, it was the Germans who first started attempting to build a nuclear bomb. They did so only a few months after atomic fission was discovered. In this six-part miniseries, we see that the Germans have managed to get hold of a heavy water plant which they are planning to use to build their nuclear bomb. This water plant is located in Norway, a country the Germans managed to invade and occupy during the war. The story follows a group of Norwegians whose plan is to sabotage the research and see to it that the Germans are unable to produce the bomb. 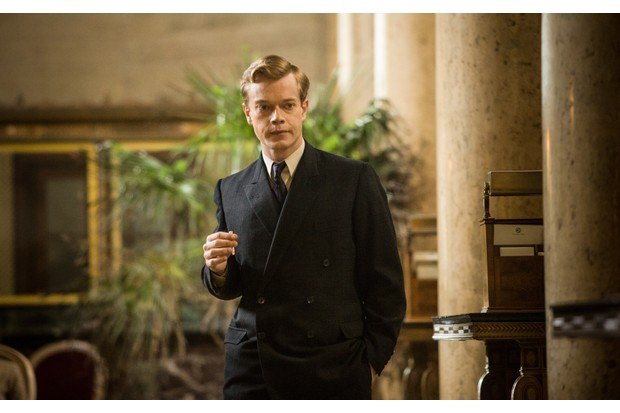 Written and directed by Stephen Poliakoff, ‘Close To The Enemy’ is a miniseries set immediately after World War II. It centers around the British government’s efforts to convince a German scientist to help them develop the jet engine for aircraft. This scientist, Dieter Koehler, is taken into British custody along with his daughter. Koehler does not wish to co-operate with the British, having been treated badly by them. Moreover, there are other sinister characters who seem to have their own motivations behind talking to Koehler. Famous German actor August Diehl plays the role of Koehler in the series. The leading character is Captain Callum Ferguson, the person under whose command Koehler has been kept. Ferguson’s character is played by famous English actor/singer/songwriter Jim Sturgess.