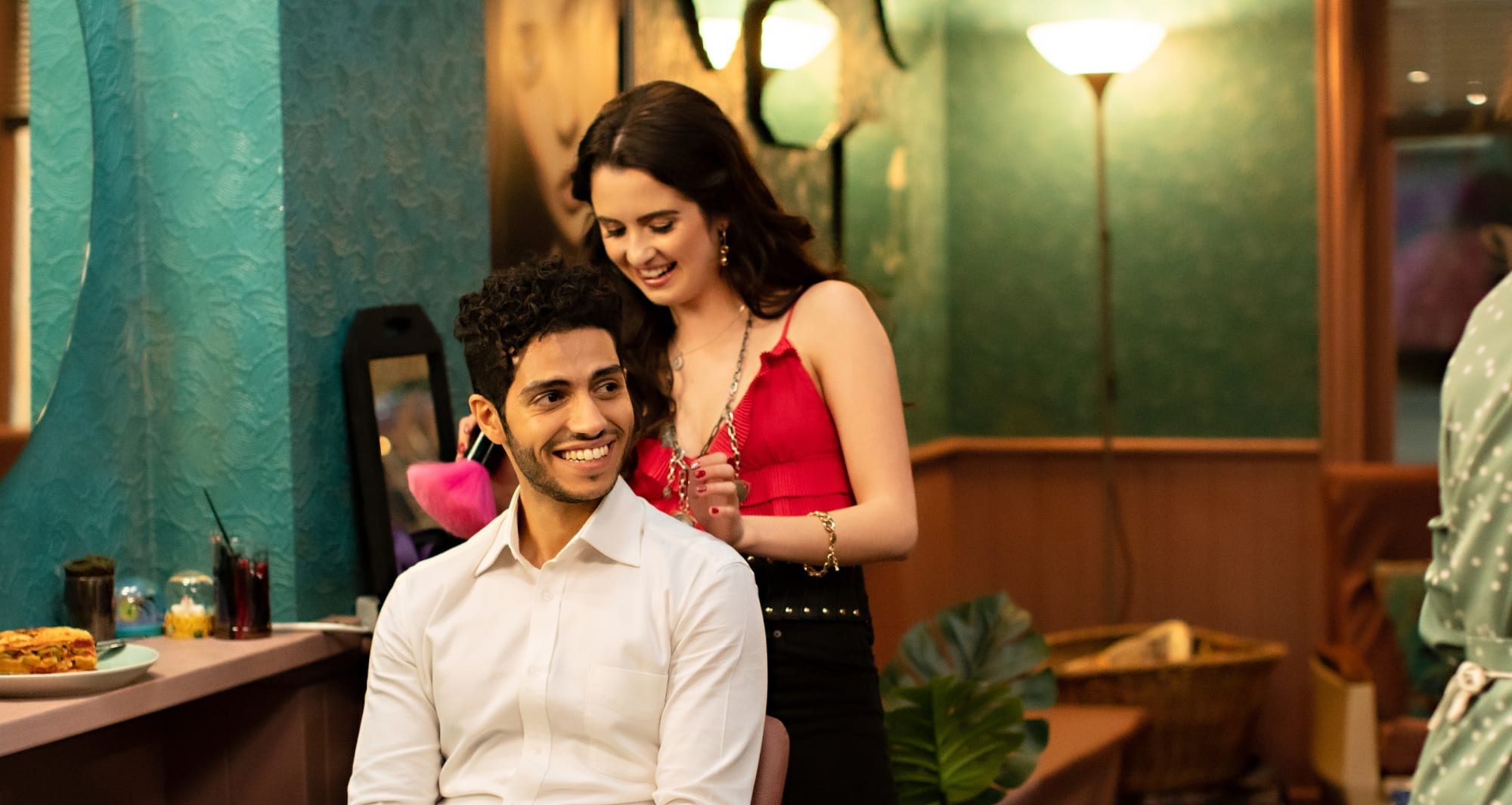 ‘The Royal Treatment’ is a fun and emotional romantic drama movie on Netflix. Directed by Rick Jacobson, the story revolves around Prince Thomas of Lavania who comes to New York and meets Isabella. Isabella aka Izzy is a spirited hairdresser who amuses Thomas with her honesty, and hence he appoints her as the hair and makeup artist for his upcoming wedding. Izzy arrives at Lavania and as she spends time with Thomas, sparks instantly fly between the two.

However, Thomas and Izzy’s budding romance is cut short as his wedding date comes nearer. The charming prince must now decide between following his royal duties or giving in to his heart’s yearning for Isabella. ‘The Royal Treatment’ is a modern-day fairytale that warms the cockles of everyone’s hearts. If you enjoy watching such swoon-worthy royal romances, we have the perfect list of movies for you. You can watch most of these movies like ‘The Royal Treatment’ on Netflix, Hulu, Amazon Prime, or Disney+. 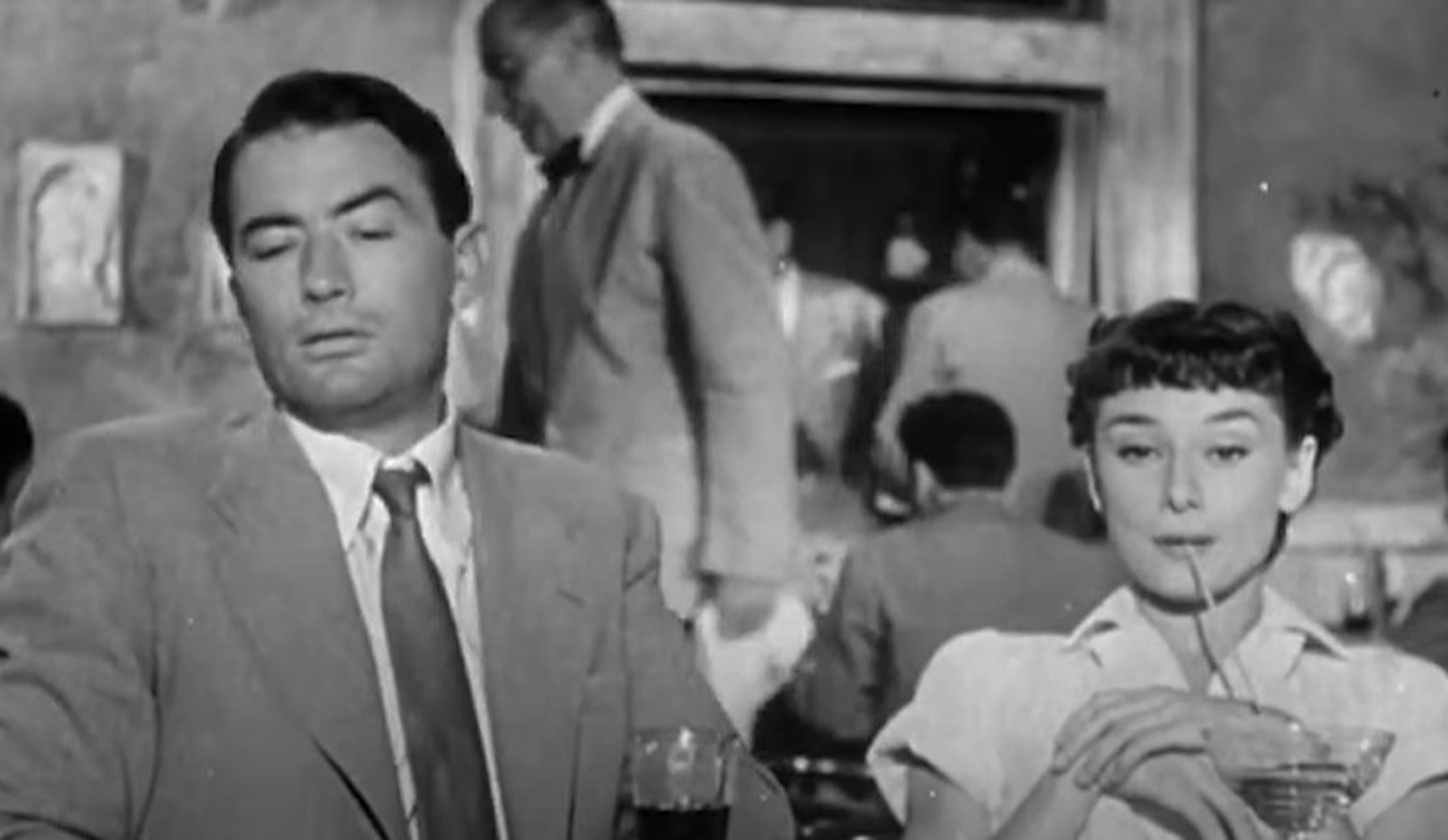 ‘Roman Holiday’ is an iconic romantic comedy movie directed by William Wyler. The multiple Academy award-winning movie follows Princess Ann who secretly sneaks out of her country’s embassy while on a state visit to Rome. A series of funny accidents land her at the doorstep of Joe Bradley, an American news reporter posted in Rome. When Joe is tasked by his editor to get an interview of the princess anyhow, he and Ann hide their identities from each other and embark on a day full of adventures in Rome.

However, as Joe and Ann get close to each other, her royal duties catch up with her and put her in dilemma. Much like Prince Thomas in ‘The Royal Treatment,’ Princess Ann feels suffocated in her royal obligations and lifestyle. Thus, when she bumps into a commoner Joe, she feels a sense of refreshment just as Thomas does when he meets Izzy. Moreover, Joe teaches Ann a thing or two about letting loose, like Izzy encourages Thomas to follow his dreams.

Directed by Garry Marshall, ‘The Princess Diaries’ is a coming-of-age romantic comedy movie. The story revolves around Mia, an introverted teenager who gets to know that she is the heir of a European kingdom named Genovia. As Mia’s grandmother Queen Clarisse begins training her in royal etiquette and duties, the young princess soon begins to feel burdened with the pressure of being a royal. Mia thus struggles to find a balance between her new lifestyle, friends, and love.

Mia’s feelings of feeling trapped by her royal status are quite similar to those felt by Prince Thomas in ‘The Royal Treatment.’ She craves her old life as a regular high schooler while Thomas wishes to explore normal life outside of his palace. Furthermore, while the prince finds it easy to be his true self in Izzy’s company, Mia finds normalcy and love in her friend Michael. In addition, both the movies have a dreamy end scene with declarations of love that make you melt.

A live adaptation of Walt Disney’s eponymous 1950 movie, ‘Cinderella’ is a romantic fantasy movie. Directed by Kenneth Branagh, the story revolves around Ella, a beautiful girl who is nicknamed Cinderella by her cruel stepmother and her daughters. Mistreated by them, she runs into the crown prince Kit in the woods while he is out hunting, and he instantly gets enamored with her simplicity. When the King organizes a ball to find a bride for Kit, Ella’s family is invited as well.

However, when Ella’s stepmother destroys her dress and forbids her from attending, she is secretly helped by her fairy godmother to go to the ball in a magical style. Ella reaches the ball and a beautiful love story unfolds between her and the prince. Kit finds love in a simple girl like Ella, just like Thomas finds himself attracted to the humble Izzy in ‘The Royal Treatment.’ On top of that, both the princes go to extraordinary lengths to unite with their lady loves. Lastly, Izzy and Ella try to make a difference in the world with their kindness.

Directed by Mike Rohl, ‘The Princess Switch’ is a Christmas romantic comedy movie that revolves around Stacy, who looks identical to Lady Margaret Delacourt, the Duchess of Montenaro. Margaret suggests that they make use of it and switch places for two days, and as they take each other’s places, they begin bonding with each other. While Stacy falls in love with Margaret’s fiancé Prince Edward, the Duchess finds herself drawn to Stacy’s best friend Kevin.

Both Margaret and Stacy overcome various obstacles to hide their secrets and find true love and purpose along the way. In ‘The Royal Treatment,’ Prince Thomas is tired of his royal duties and hesitant to wed his fiancée Lauren, just as in this case, Margaret looks for a break from the spotlight and is disinterested in marrying Prince Richard. Besides, both protagonists of ‘The Princess Switch’ find love in people with a different background than them, similar to Izzy and Thomas.

‘Coming to America’ is a romantic comedy movie directed by John Landis that follows Prince Akeem Joffer of Zamunda as he travels to America to look for his ideal girl. Akeem meets Lisa in New York City and falls head over heels with her honest nature. He pretends to be a commoner while attempting to woo her, but when Lisa gets to know about his true identity, their newfound love gets jeopardized.

Prince Akeem seeks a change from his sheltered life in his native kingdom and wishes to find love outside the royal lineage. He doesn’t want to have an arranged alliance and loves Lisa as she makes him a better person. Akeem bears a resemblance to Prince Thomas, who also appreciates Izzy for treating him with sheer honesty. Both the princes are ready to give up their riches and status for the women they love and are hesitant to marry the brides their fathers choose. 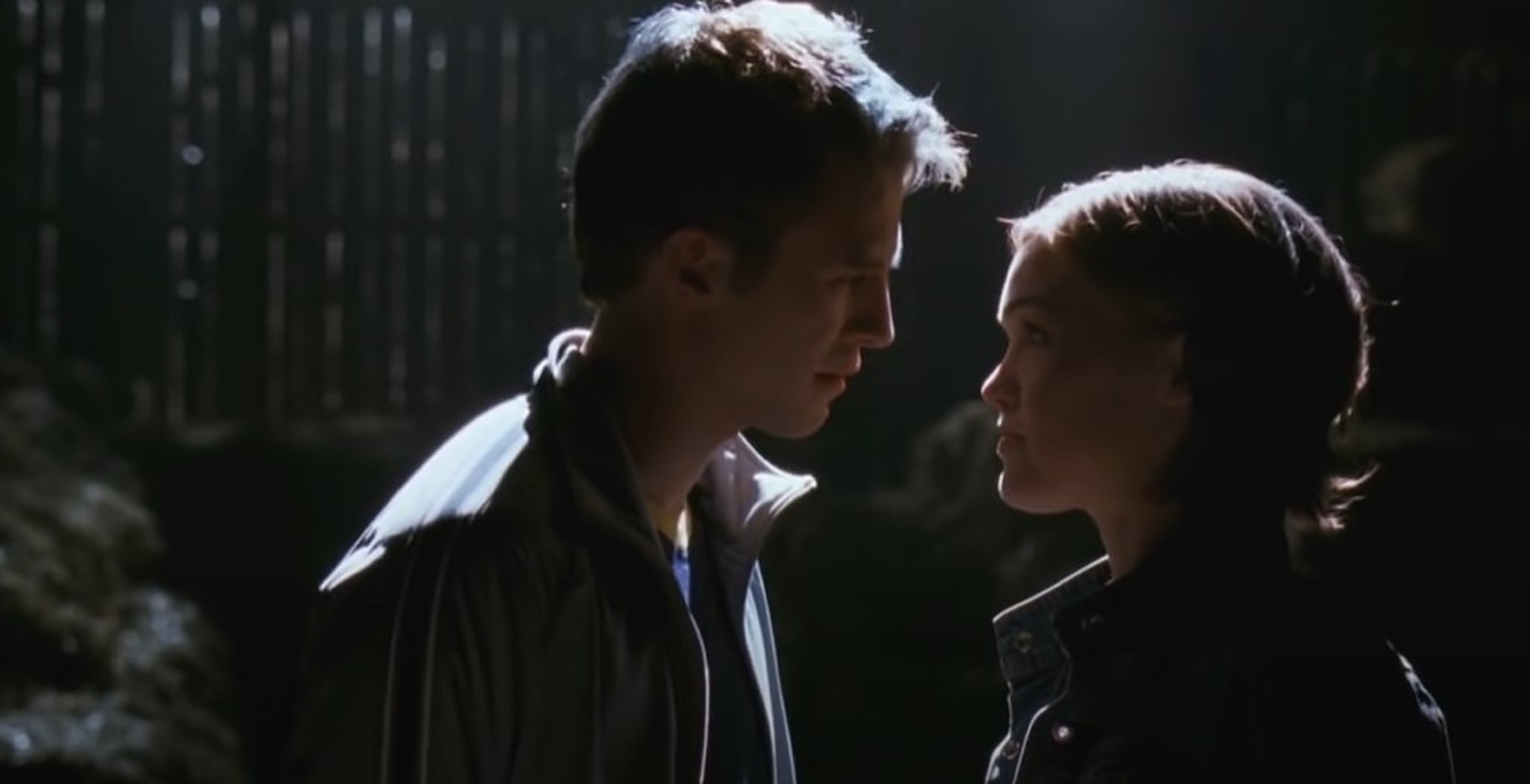 A romantic comedy directed by Martha Coolidge, ‘The Prince and Me’ focuses on Paige, an ambitious pre-medical student at the University of Wisconsin-Madison. When Edvard, the playboy Crown Prince of Denmark arrives at Paige’s university as a regular student named Eddie, she instantly takes a disliking to his careless and brash persona. Gradually, they both begin helping each other and develop feelings. However, when their romance is exposed to the Danish press, Paige learns about his royal stature and is torn between her love for him and her dreams of becoming a doctor.

Both movies have common traits in their female protagonists, who are passionate about their dreams and want to help the needy. Izzy and Paige do not care about the royal titles of their partners and treat them like normal humans. Prince Thomas and Eddie want these very qualities in their lovers and want to lead lives away from the family obligations that bind them. By falling in love outside of royalty, the princes prove that love happens regardless of a person’s background. In addition, like Prince Thomas is advised by his royal aide Walter, Edvard is also helped by his loyal companion Søren.

Directed by Alex Zamm, ‘A Christmas Prince’ is a Christmas romantic comedy movie that revolves around Amber, a New York journalist who travels to the foreign nation of Aldovia. Amber is assigned the task of covering a press conference held by Prince Richard, the soon-to-be heir of the country. But when she is mistaken to be Richard’s sister Emily’s tutor, she decides to play along with the confusion. Gradually, Amber and Richard open up to each other and begin to fall in love.

Despite the prince and Amber’s strong understanding, their relationship is threatened by ill-wishers and the truth of her identity. The central theme of a beautiful romance between a commoner and a prince makes both the movies highly similar. Another commonality is that just like Prince Thomas and Izzy’s love is targeted by his fiancée’s mother, Prince Richard’s ex-girlfriend Sophia and his cousin Simon try to sabotage his equation with Amber. What’s more, Prince Richard also travels to New York as the movie ends to profess his love to Amber, much like Prince Thomas does with Izzy.