8 Movies Like Scott Pilgrim vs. the World You Must See

Edgar Wright’s cult classic ‘Scott Pilgrim vs. the World‘ is an unprecedented sci-fi comedy film starring Michael Cera as Scott Pilgrim, a 22-year-old jobless amateur bass guitarist who plays in a garage band in Toronto. His world comes undone when he meets Ramona Flowers (Mary Elizabeth Winstead) and is smitten by her manic pixie dreamgirl charm. There are several hick-ups to “winning the girl” though, seven to be precise — her evil superhero exes, each of whom must be defeated.

This 2010 movie is an adaptation of Bryan Lee O’Malley’s graphic novels, with visual effects that are a pastiche of a potpourri of video games, manga, and martial art films. Its inventive CGI effects, hilarious action sequences, brilliantly flowing transitions, and witty editing make it a stand-alone film in many ways. If you’re a sci-fi comedy aficionado who’s looking for more films like this one, you surely must’ve had a tough time. However, we’ve managed to curate a list of movies that are close enough. You can watch most of these movies similar to ‘Scott Pilgrim vs. the World’ on Netflix, Hulu, or Amazon Prime. 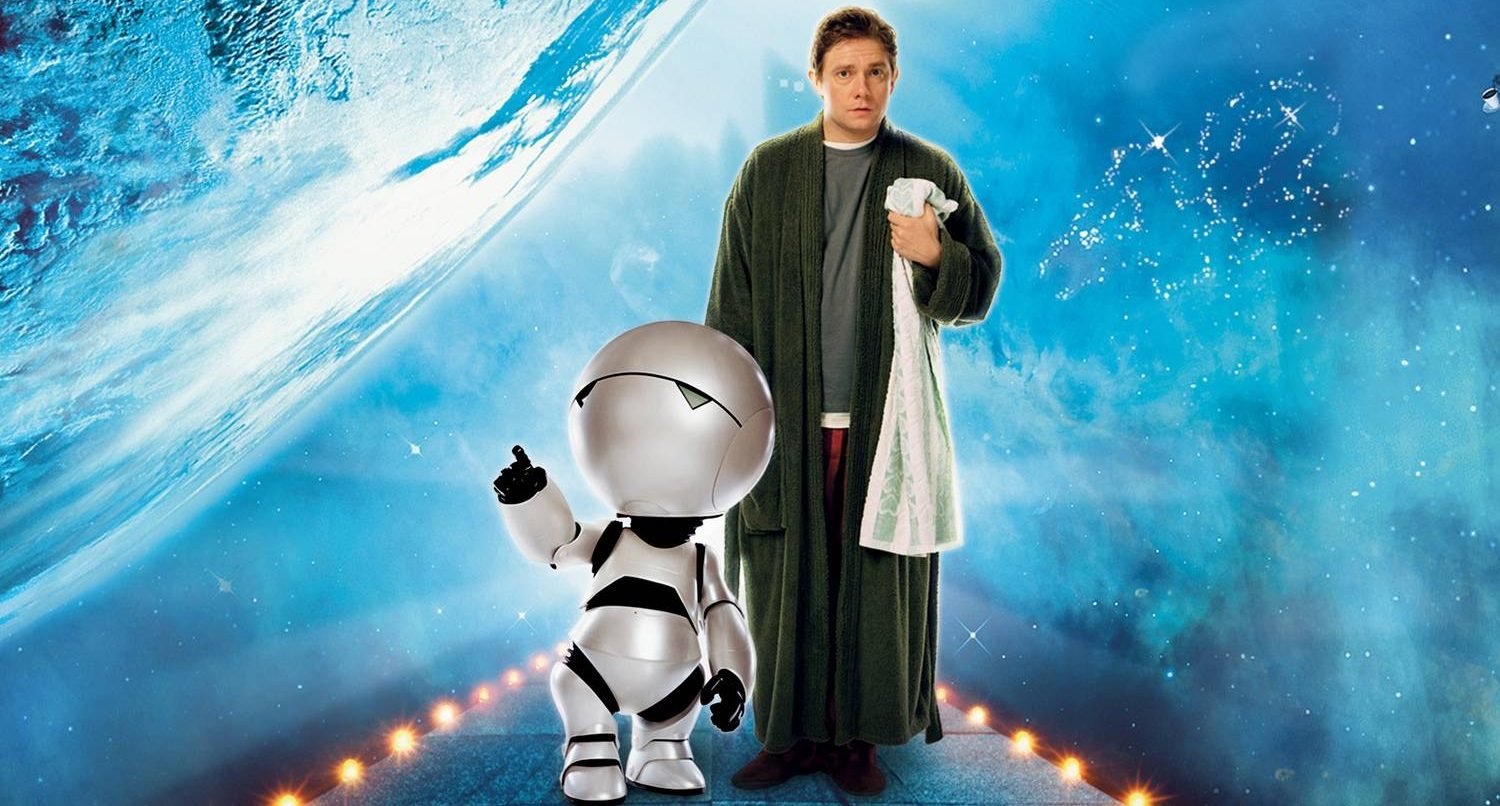 Based on the media franchise created by Douglas Adam, the sci-fi comedy is a film adaptation of a 1978 radio show, which has since been adapted to numerous formats, including novels and a TV series. ‘The Hitchhiker’s Guide to the Galaxy’ takes us along the journey of one woebegone Englishman, Arthur Dent (Martin Freeman), after Earth is demolished by the Vogons, who are scornful, construction-ship-driving aliens appointed to build an intergalactic bypass.

Along with his friend Ford Prefect (Mos Def), who also turns out to be an alien, they use the eponymous guide to hitchhike across the galaxy. This movie, directed by Garth Jennings, is similar to ‘Scott Pilgrim vs. the World’ in terms of its witty graphics, surreal visualization, and slapstick humor.

Another sci-fi comedy revolving around intergalactic chaos is ‘Attack the Block’ by Joe Cornish. On Guy Fawkes Night, a gang of teenagers and a hapless woman are forced to team up and defend their neighborhood in South London from eyeless, predatory aliens with a hyper-evolved sense of smell. The film involves ample animatronics and more than 100 CGI effects shots developed over a span of 4 months. Much like ‘Pilgrim Scott vs. the World,’ it has a well-paced story arc. Furthermore, both films received a positive critical response despite being commercial underperformers.

Brimming with comic violence, ‘Kick-Ass’ is a story about a superhero without any supernatural powers. The said superhero is an ordinary teenager, Dave Lizewzki, who goes by the pseudonym “Kick-Ass.” As the movie progresses, things get really complicated after he meets Hit Girl and her father Big Daddy, as they are on a mission to destroy their long-time nemeses Frank D’Amico and his son Red Mist.

Like ‘Scott Pilgrim vs. the World,’ The Matthew Vaughn directorial is based upon a comic book of the same title by Mark Millar and John Romita, Jr. The characterizations of both the films’ protagonists are pretty similar — the dorky slacker who fights off evil men and comes out victorious. 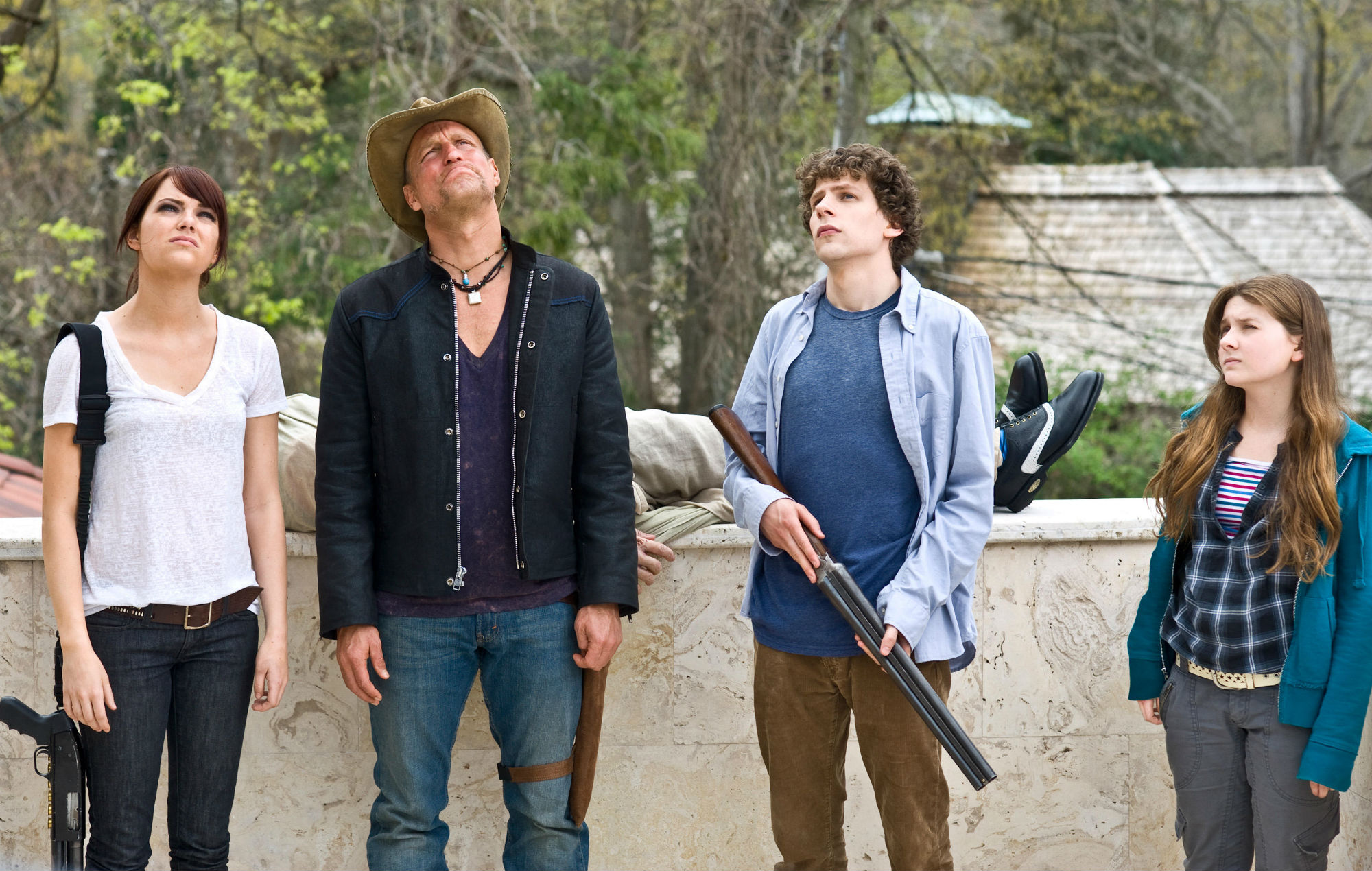 Infected by the “mad-zombie disease,” Ruben Fleischer’s ‘Zombieland‘ features four survivors of the apocalypse, struggling to maintain that status. The awkward student, Columbia (Jesse Eisenberg), Tallahassee (Woody Harrelson), the gun-totting zombie-killing expert, and sisters, Wichita (Emma Stone) and Little Rock (Abigail Breslin), join forces to get to The Pacific Playland in Los Angeles, which is said to be a zombie-free zone. In addition to sharing the sci-fi genre, ‘Scott Pilgrim vs. the World’ is similar to ‘Zombieland’ in terms of the characterization of their protagonists, both sweet and geeky with mellow voices. 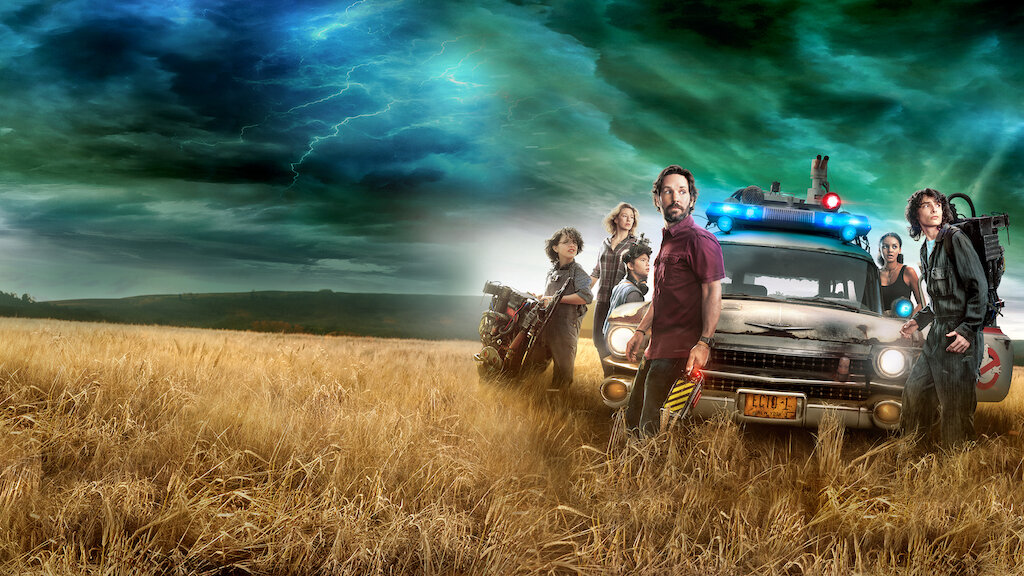 Directed by Jason Reitman, ‘Ghostbusters: Afterlife‘ is about a single mother of two who moves to her deceased father’s farmhouse in Summerville, Oklahoma. As the film progresses, the children Trevor and Phoebe discover that their grandfather Egon Spengler was on a mission to keep the world safe from the powerful ghosts residing in the mines of Summerville.

Carrying on his legacy of saving the world from ghosts, the two children and their friends set out on a quest to trap them using Egon’s equipment on the farm. However, that turns out to be a little beyond them. The film gracefully concludes with a deus ex machina when Egon’s ghost emerges to help capture Gozer. In ‘Scott Pilgrim vs. the World’ a deus ex machina occurs when Scott unexpectedly manages to befriend his alter-ego. 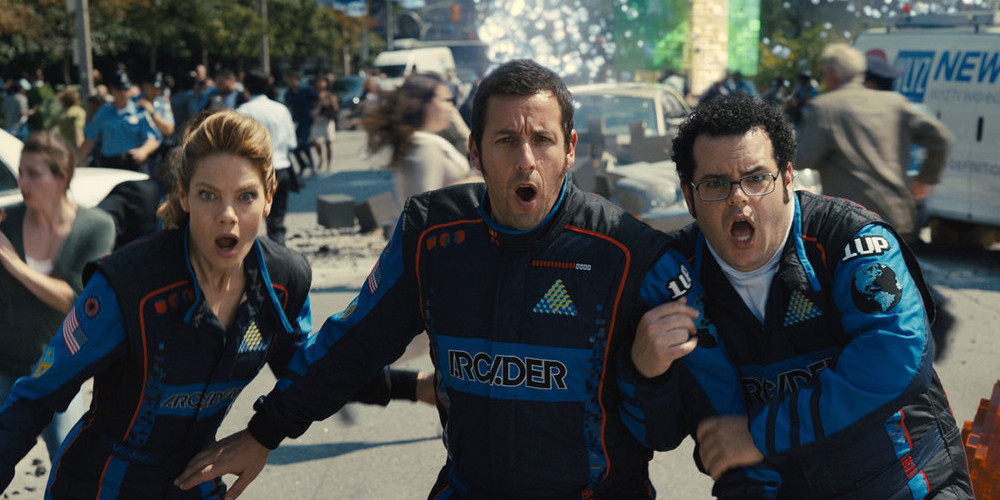 Misunderstanding a video message featuring classic arcade games as a hostile one, an alien race wages war on earth with gigantic pixelated characters from those very games. The United States appoints former champions of the classic arcade games to lead the war in defense. The movie ‘Pixels‘ is similar to ‘Scott Pilgrim vs. the World’ in its portrayal of elements of these classic games using CGI effects.

Starring Ryan Reynold and Jodie Comer, ‘Free Guy’ is a science fiction comedy film directed and produced by Shawn Levy. It’s about a bank teller called Guy who realizes one day that he is a non-player character in a massive, multiplayer gaming world called Free City. Another movie with spectacular graphic effects, it operates with video-game-inspired visuals superimposed on the real world, like in ‘Scott Pilgrim vs. the World.’ 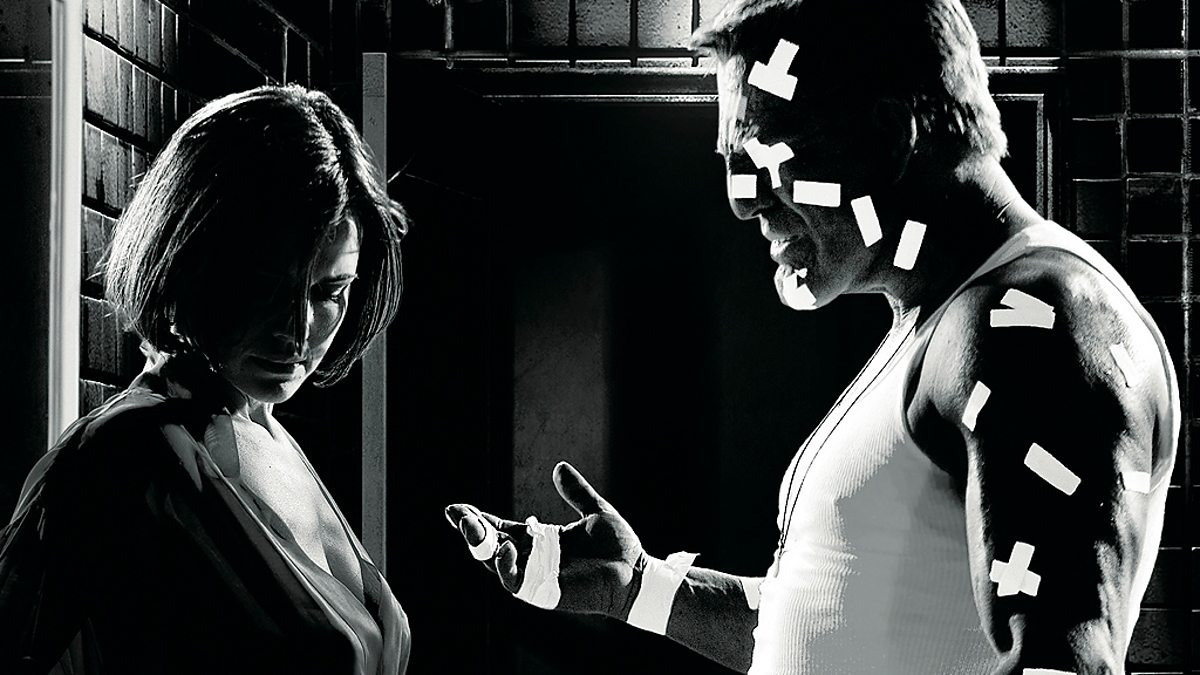 A neo-noir film based on the original comics by Frank Miller, ‘Sun City’ is directed by him in collaboration with Robert Rodriguez. With a star-studded cast led by Jessica Alba, Mickey Rourke, and Bruce Willis, among others, the film is a crime anthology about the corruption infesting Basin City. Presented at Cannes, it won the Technical Grand Prize. One similarity between the film and ‘Scott Pilgrim vs. the World’ is its visual homage to comic books to varying degrees.

Read More: Is ‘Scott Pilgrim vs. the World’ Sequel Happening?