A Quiet Place 3: Everything We Know 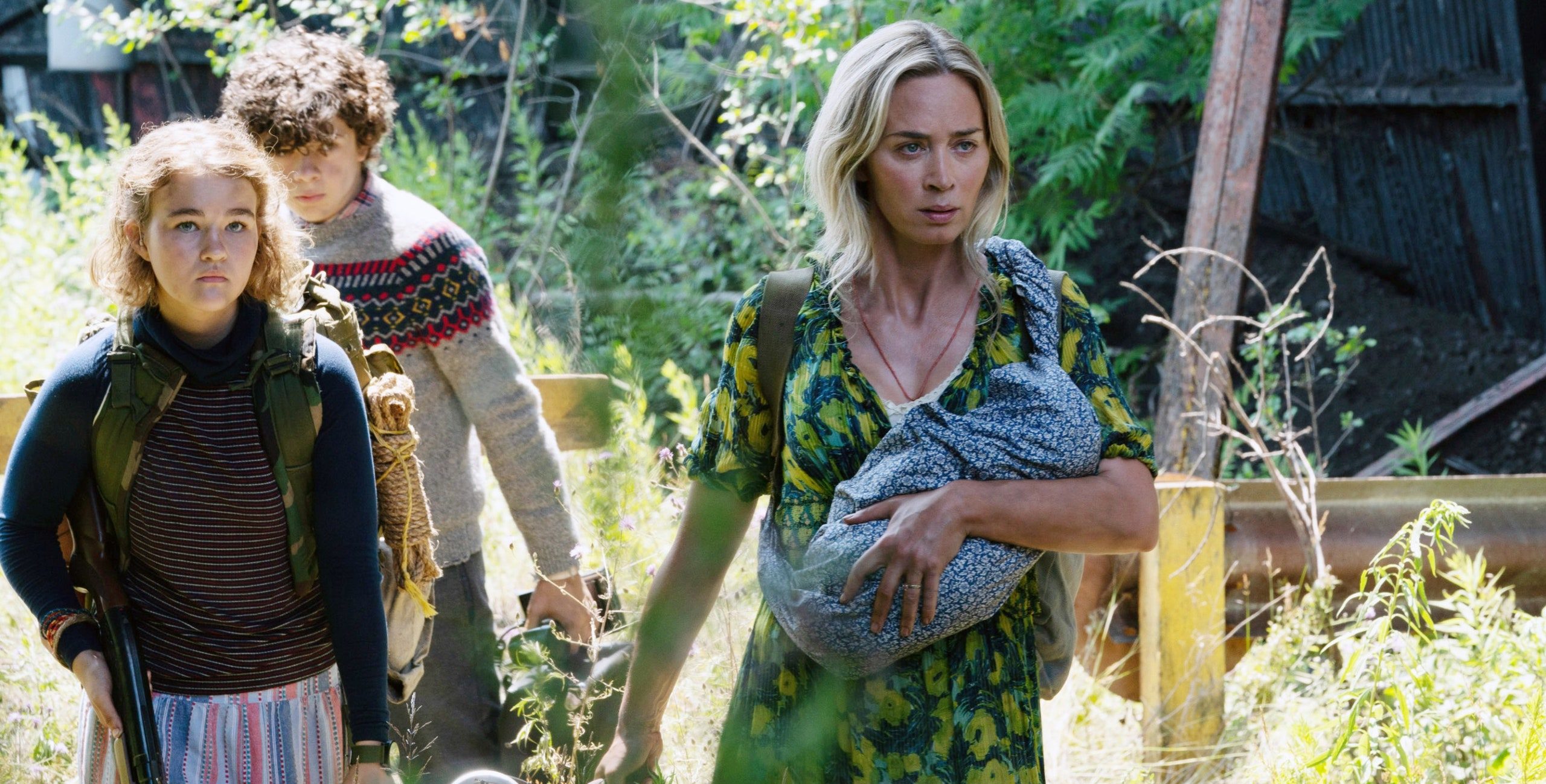 ‘A Quiet Place Part II’ is a post-apocalyptic horror film written and directed by John Krasinski and is a follow up to 2018’s ‘A Quiet Place‘ also directed by Krasinski. It follows the Abbott family, who, after the death of patriarch Lee, fight for survival against a deadly alien race with an accurate sense of hearing. The movie has received largely positive reviews from critics who praised the film’s narrative, visual style, and terrifying sequences.

Ever since the first film’s release, the blind aliens have become an object of fascination among cinema lovers. The second part deepens the conflict between the aliens and humans while leaving room for another installment. Naturally, fans must be looking for an update about the threequel, and here is everything we know about it as of now.

‘A Quiet Place Part II’ was released in theatres on May 28, 2021, by Paramount Pictures. The movie was initially slated for an early 2020 release, but the release date was pushed forward multiple times due to the effects of the Covid-19 pandemic on the film and theatre industries.

As for a third installment in the franchise, no official announcement has been made from the creative team or the studio. In an interview with Collider, lead star Emily Blunt revealed that her husband and franchise spearhead, John Krasinski, already has ideas for a third entry. “He has a whole arc of ideas that could work. I think he just wanted to see how people responded to this one before he fully engaged his brain on the third one. But he has a couple of great ideas,” Blunt said.

Krasinski himself told THR that he has already sown the seeds for a threequel in the second installment. He said, “Any time I had ideas like (I had on Part I), I wrote them down in case there ever is a Part III or a third one. And we even went so far as to put in a couple (of) Easter eggs so that if I did do a third one, they would connect back to the second one.”

Considering the lead actress and director’s words as well as the positive reception of ‘A Quiet Place Part II,’ the chances of a third installment in the franchise materializing are pretty high. If the threequel receives a green light from the studio in the coming months, and everything pans out smoothly, ‘A Quiet Place Part III’ could be set for a 2023 release.

‘A Quiet Place Part II’ sees Emily Blunt, Millicent Simmonds, and Noah Jupe reprise their roles as Abbott family members Evelyn, Regan, and Marcus respectively. Cillian Murphy plays the role of Emmett, Lee’s longtime friend, while Krasinski briefly reprises his role as Lee from the first part in a flashback sequence. Djimon Hounsou and Scoot McNairy also appear in supporting roles. All of the main characters survive the film’s events, and we fully expect the lead actors to return to their respective roles in the next installment.

A Quiet Place 3 Plot: What Can it be About?

Set shortly after the events of the first film, in ‘A Quiet Place Part II,’ Regan separates from Evelyn, Marcus, and her newborn brother. She and Emmett end up on an island of survivors while the rest of the Abbott family reside at Emmett’s bunker. Emmett and Regan discover a frequency that weakens the aliens and broadcast it. In the third part, this new discovery could be weaponized by the humans and help them fight back against the alien creatures terrorizing the earth. The movie could map Regan’s journey of reuniting with her family and mark the end of the conflict between humans and aliens, thus completing the ‘A Quiet Place’ trilogy.

Read More: Where Was A Quiet Place Part 2 Filmed?