Are Deja And Malik Still Together in This Is Us? 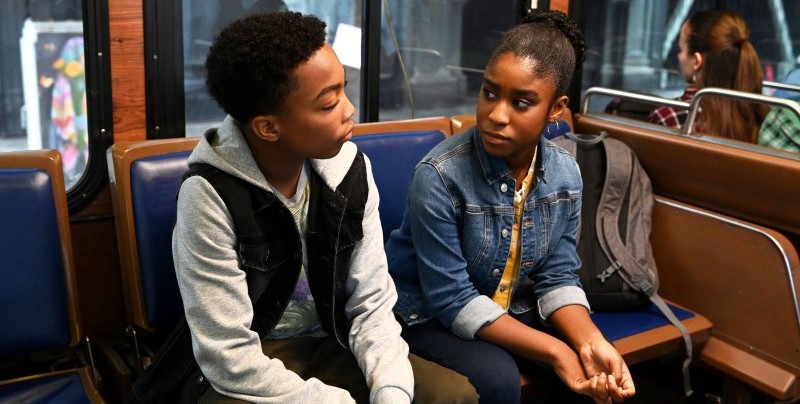 NBC’s ‘This Is Us’ is a family drama that focuses on the life experiences of the Pearsons. Jumping between the past, present, and future, the heartwarming rom-com allows us to witness the romantic and professional experiences of Kevin (Justin Hartley), Kate (Chrissy Metz), Randall (Sterling K. Brown), and the different generations of their family.

Since season 2, fans have been appreciating the complex storylines pertaining to Deja (Lyric Ross), Randall’s adopted daughter. In season 4, we meet the charming Malik Hodges (Asante Blackk), who quickly becomes Deja’s romantic interest. Naturally, fans are curious to know whether Deja and Malik are still together in season 6 of the show. Does their teenage romance manage to combat the trials and tribulations of life? Let’s find out. SPOILERS AHEAD.

Are Deja And Malik Still Together?

In season 6 episode 1, Deja shows Tess the romantic messages sent to her by Malik, who’s away at college in Boston. In season 5 of the show, Malik gets accepted into Harvard and the two teenagers get ready to handle a long-distance relationship. We now see that they are actually handling the distance quite well, even though there’s obviously some sadness. “I miss him so much it hurts,” Deja tells Tess.

It’s clear that Deja and Malik’s romance is still going strong, even though both of them are unhappy about being physically away from each other. Even Beth gushes over how romantic Malik is, calling him “adorbs.” In season 6 episode 2, Deja gets ready to go to Boston to meet Malik. She hides this from her parents, making them think that she’s going to her friend Tiffany’s for a sleepover. However, Tess knows the truth and wishes her sister good luck as she leaves.

On the bus, an old lady asks Deja what awaits her in Boston. “My boyfriend. He goes to school there. First time I’m going away to see him,” the teen replies, smiling widely. The old lady laughs and says, “There’s nothing like young love. It changes you. You’ll see.” At the bus stop, a happy Deja is greeted by Malik and his daughter, Janelle. Deja picks up Janelle and kisses Malik. It’s obvious that the two are still very much in love.

However, things start going south once Malik takes Deja to his apartment. Outside Malik’s door is Jennifer, his ex-girlfriend and the mother of his daughter. She’s beautiful, rude, and bold; Deja is clearly intimidated by her. Jennifer chides Malik for being late and not dressing Janelle for dinner; we find out that Jennifer is taking Janelle to her parents’ house so that Malik and Deja can have the apartment to themselves. 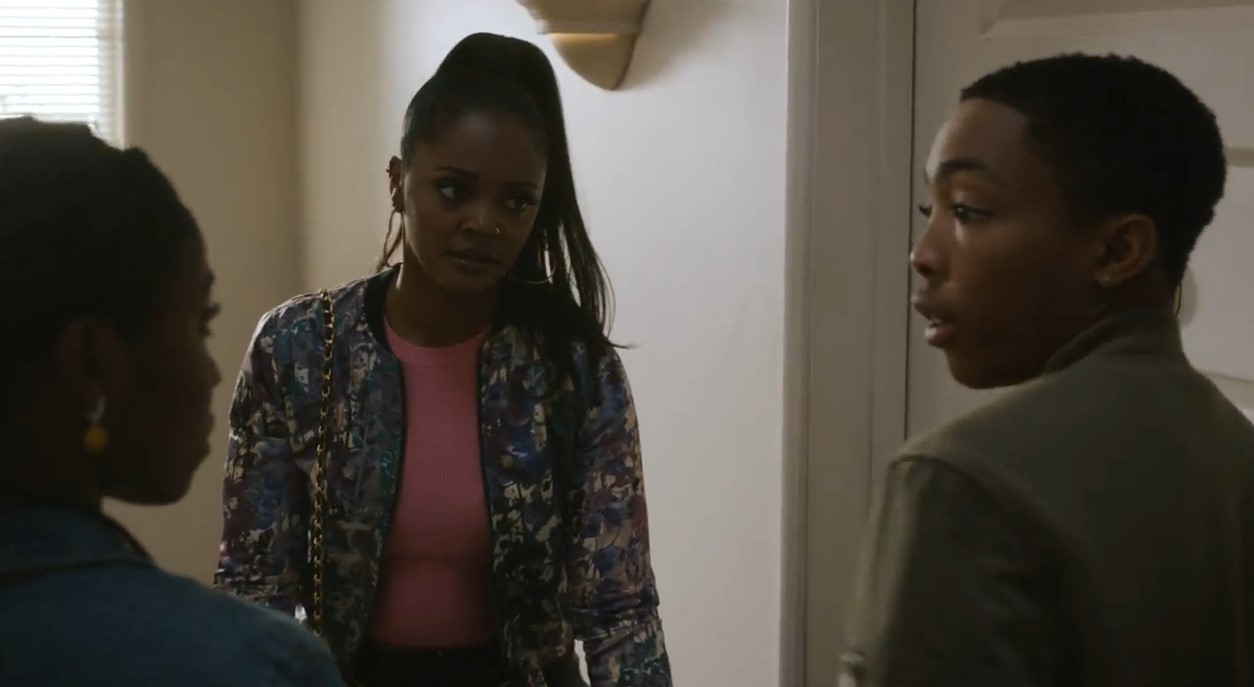 Jennifer then takes Janelle’s food from the fridge; when Malik asks her if she’s taking all the food, Jennifer brusquely replies that she couldn’t go grocery shopping because Malik was late. Malik apologizes again and says that his college paper is taking up his time. However, Jennifer looks directly at Deja and laughs coldly, implying that she believes the paper is just an excuse; she clearly thinks Malik got late because he went to pick up his girlfriend.

“Here is this sort of mythical creature [Jennifer] who was with the love of your life [Malik] and had a child with him [Janelle], so you [Deja] know they were intimate with one another, and she’s older than you, and she’s beautiful and glamorous in a way that Deja is not quite glamorous,” said director Kay Oyegun about Deja’s situation with Jennifer.

Deja is uncomfortable because of the tense dynamic between Malik and his ex; additionally, she also notices the numerous coffee cups on her boyfriend’s kitchen counter and worries about how little he is sleeping and how hard he is working. “You look exhausted,” she tells Malik. Her boyfriend then confesses that he’s having difficulty managing his hectic college schedule, duties as a father, and a part-time job.

Realizing that Malik is worried about finishing his Russian literature paper, Deja asks him how much time he needs to get it done. Malik feels guilty because she’s only here for a day but finally says one hour; Deja asks him to take two. Immediately, Malik is relieved and grateful to Deja for being understanding. He then departs to finish his paper, leaving his girlfriend alone at home. Deja is clearly sad, but she wants to ease the pressure on Malik. Thus, we see the beginnings of the problems in Deja and Malik’s relationship.

Later, we see Deja looking at the red dress she bought specifically to wear whilst hanging out with Malik. It’s obvious that she wants to look good for him, especially since they only have a day together. When Malik returns home, he is stunned by how beautiful Deja looks in the dress. “You look incandescent,” he says. When Deja asks if the dress is “too much,” her boyfriend states, “Babe, you sat on a bus that I know smelled rank for five hours. And you had to deal with my messy Jennifer situation, and you still gave me the two hours I desperately needed to finish my Russian lit paper. You’re not too much.” 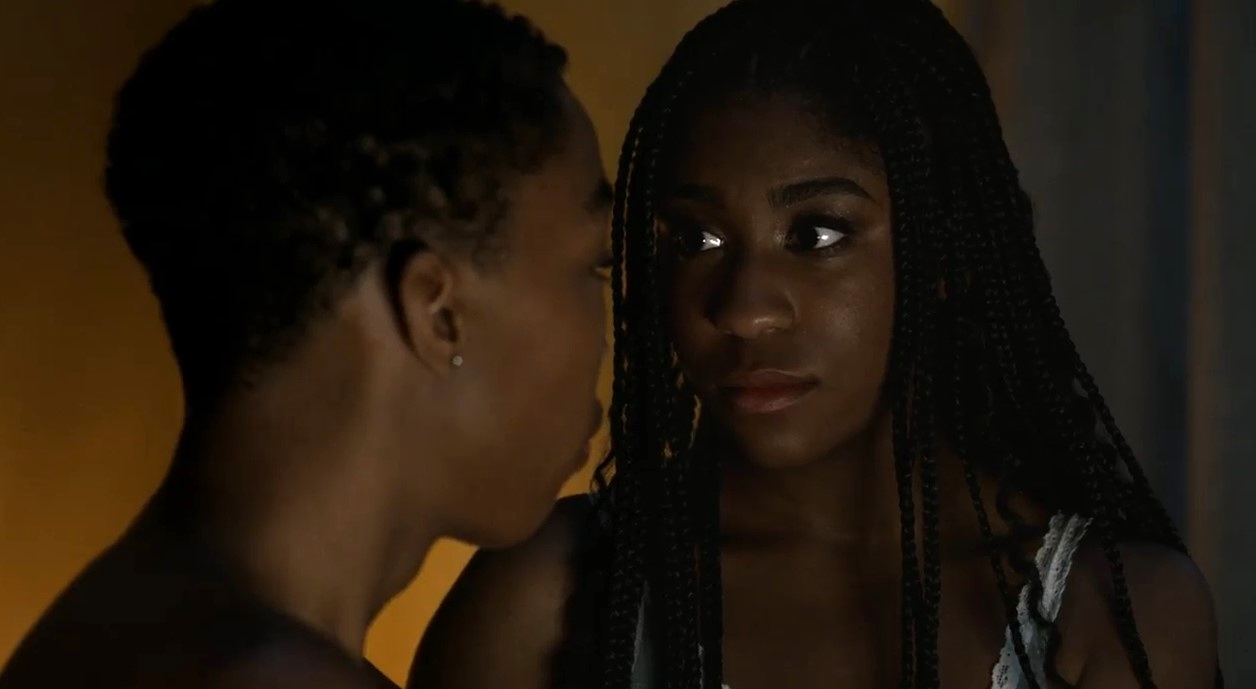 Thus, both teenagers are aware of how delicate their situation is but are grateful for their mutual love and understanding. Deja and Malik then go out to a club, and soon Deja hints that she’s ready to go back to the apartment to have sex. It’s obvious that she has thought a lot about her decision; she wants to take this step with her boyfriend because she truly loves him and feels comfortable with him. “I want to feel this way forever. Just like this, with you,” Deja says dreamily after the two finally have sex. Later, we see her on the bus back home, sipping coffee. Previously, she had mentioned that she doesn’t like coffee but now she’s happily trying it out for the sake of her love.

So, whilst Deja and Malik are still together, their future doesn’t exactly seem picture-perfect. The long-distance relationship is taking a toll on both of them, and Malik’s situation with his baby and ex-girlfriend is a clear stress point. Although both Malik and Deja genuinely love Janelle, it’s obvious that the Harvard student is finding it difficult to deal with fatherhood at a young age whilst his girlfriend is worried about his health and terrible dynamic with Jennifer.

Plus, we are already seeing how Kate and Toby’s marriage is coming apart due to their long-distance situation. We also know that Kate divorces Toby in the future. So, who’s to say that the same bad luck won’t befall the two teenagers who are just beginning to face the harsh truths of the world? In the second episode of season six, we also see Nicky saying goodbye to his first love forever. It seems as though Nicky’s fate is also hinting at what might be in store for Deja and Malik.

Additionally, there’s also the fact that Deja has to lie in order to meet Malik; Randall thinks she’s at a sleepover the entire time. Since the two teens will have to deal with long-distance for a while, Deja might have to lie repeatedly in order to sneak out and meet Malik. This is bound to put a strain on her dynamic with her parents, and as a result, on her romantic life as well. Thus, it seems as though difficult times await Deja and Malik. We really hope that they will overcome their problems and get married in the show’s final timeline, 15 years into the future. Fingers crossed!

Read More: Are Madison And Kevin Still Together in This Is Us?