Are Dominique and Nigel From Too Hot to Handle Still Together?

Netflix’s ‘Too Hot to Handle‘ is a dating show that keeps the viewers on the edge of their seats with a concept so enticing that you cannot help but keep coming back for more. As a part of the reality series, the cast members must get to know each other and hopefully form genuine emotional connections in order to win the impressive cash prize. However, not everything is as simple as it sounds, as the participants are not allowed to participate in any form of sexual activity.

Needless to say, the show is full of steamy moments that are made so much more exciting due to the thrill of rule-breaking. The fourth season of the show continued the trend and introduced viewers to many entertaining couples. This includes Dominique Defoe and Nigel Jones, who did not have the best tart but ended up becoming one of the fan-favorite pairs. Naturally, fans are eager to know if the relationship is still going strong, and we are here to answer the same!

Dominique Defoe and Nigel Jones’ Too Hot to Handle Journey

When 29-year-old Nigel Jones entered ‘Too Hot to Handle’ season 4, his attention was divided between several female cast members. The New Jersey entrepreneur was looking forward to getting to know Kayla Richart, though he also was eager to explore possible connections with Jawahir Khalifa and Dominique Defoe. His indecision to focus on one person caught the attention of Lana, the show’s AI host, who asked Nigel to choose one girl to take on the date. 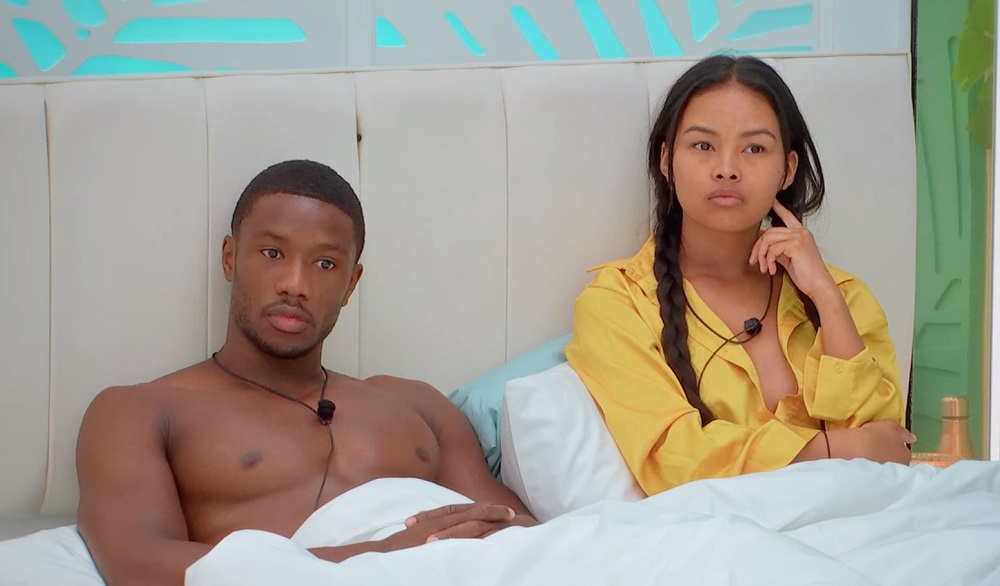 Nigel ended up choosing Kayla as his partner, leaving the others disappointed. The date did go pretty well, and Nigel even shared a steamy kiss with Kayla. Though Kayla seemed to have her heart set on Nigel after this, the same could not be said for Nigel, who ended up flirting with Dominique the very same night. When Laa revealed that Nigel and Kayla had shared a kiss, Dominique was confused, given her movement with the New Hersey native.

Soon, Dominique revealed everything to Kayla, which left the latter brokenhearted, and she decided to end things with Nigel. Though Dominique initially hesitated to start something with Nigel, given his actions, she soon decided to give him another chance. Following this, Nigel and Dominique spent some quality time together and seemed to develop a genuine connection. Over the course of the show, their romantic relationship seemingly did not evolve much. Both of them continued to share a bed and follow the rules of the retreat but seemingly did not make progress as a couple. However, both of them did learn much while on the show.

Are Dominique Defoe and Nigel Jones Still Together?

As of writing, neither Dominique nor Nigel have made any official announcements regarding their status as a couple. The duo does seem to be on amicable terms and have made positive comments about each other on social media. This has given their fans hope that the two might still be in a relationship. Their dynamic on the show helped them earn numerous admirers who continue to root for the couple.

Presently, Nigel is working as a personal trainer at Eurofit, a fitness organization that has branches in Pennsylvania, New Jersey, and Delaware. Meanwhile, Dominique is pursuing her education as a computer science student and is based in Colorado. The reality TV star also likes to write and share her work with her followers. We wish them both the best for their future and hope they have a wonderful life ahead.

Read More: Are Kayla and Seb From Too Hot to Handle Still Together?