Are Interview With the Vampire’s Lestat and Louis Lovers in the Book? How Are They Different From the Film? 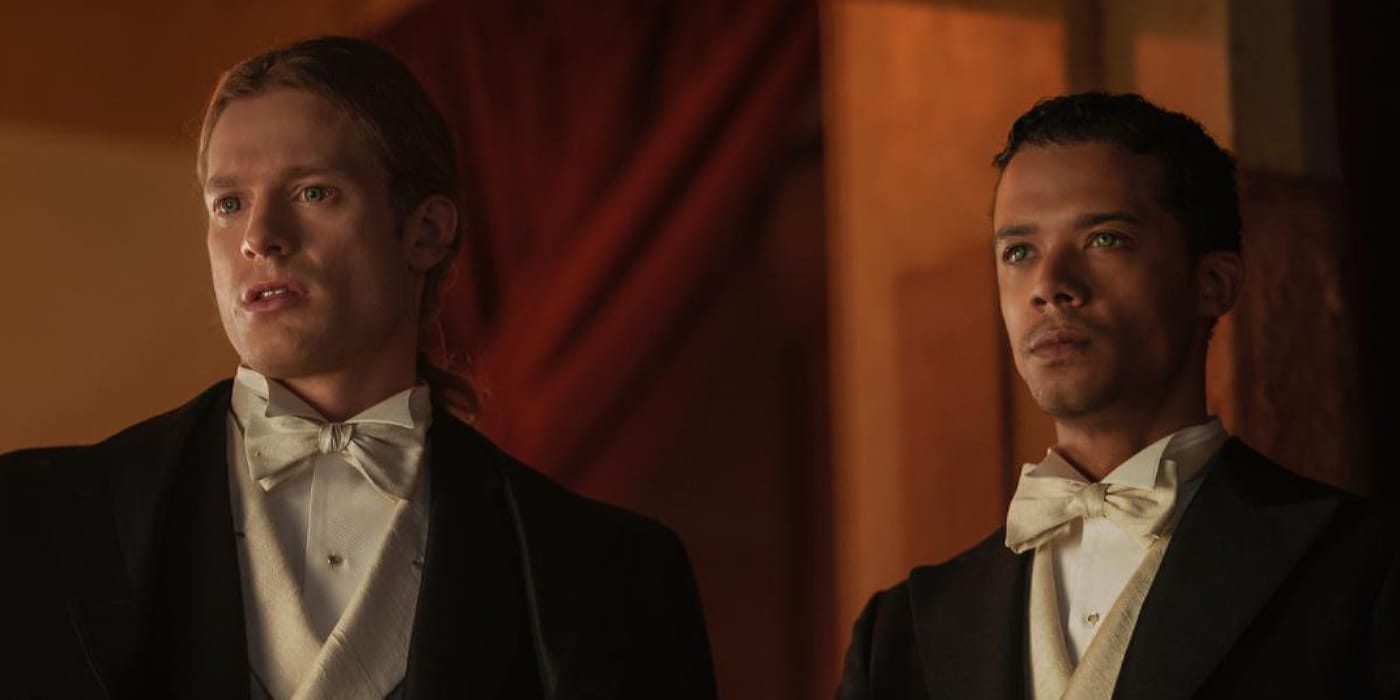 Created by Rolin Jones, ‘Interview with the Vampire’ tells the story of vampires Lestat de Lioncourt and Louis de Pointe du Lac. The gothic horror series is based on Anne Rice’s 1976 novel of the same name and takes place in a contemporary setting. The series sees Louis narrating his life story to journalist Daniel Molloy. As the narrative progresses, viewers learn more about the complex relationship between Louis and Lestat.

Rice’s novel is a literary classic and was adapted into a feature film by Rice (screenplay) and Neil Jordan (direction). Therefore, viewers must wonder how Lestat and Louis’ characters are different in the television adaptation compared to the novel and film. if you are seeking answers in those regards, here is everything you need to know about the changes to Louis and Lestat in AMC’s ‘Interview with the Vampire.’ SPOILERS AHEAD!

Are Lestat and Louis Lovers in the Book?

Lestat de Lioncourt and Louis de Pointe du Lac are vampires introduced in Anne Rice’s novel ‘Interview with the Vampire.’ They are also present in several books in Rice’s ‘Vampire Chronicles’ novel series. The novel is adapted into the AMC television series by Rolin Jones. In the television adaptation, Louis and Lestat have a romantic relationship and are sexually attracted to each other. The premiere episode also features some sexual scenes between Louis and Lestat, making them each other’s romantic interests. Likewise, Louis’ seduction at Lestat’s hands is also evident.

The duo’s relationship is explored in the first novel as Lestat seeks a companion through his years of eternal life. Lestat meets and turns Louis into a vampire, and the two become parents to a young girl vampire named Claudia. However, the novel does not explore a romance between Lestat and Louis. Instead, the homosexual themes and romance between the two characters remain subtextual in the book. Nonetheless, author Anne Rice has confirmed that Lestat and Louis are lovers. In a press interview, series creator Rolin Jones explained that he felt Rice’s novel wasn’t a gothic horror story but a gothic romance tale. Hence, he pitched the series focusing on the romantic relationship between Louis and Lestat, thereby adding depth to the source material’s subtext.

How Are Lestat and Louis Different From the Film?

Rice’s novel was adapted into a feature film starring Tom Cruise as Lestat de Lioncourt and Brad Pitt as Louis de Pointe du Lac. In the television series, Sam Reid appears as Lestat while Jacob Anderson essays the role of Louis. The major difference between the film and television show’s depiction of the two characters is in the form of Louis’ ethnicity. In the film, Louis is a French-American man, while in the television series, he is an African-American. Moreover, his background as a plantation owner is also changed as the series depicts him as a brothel owner. On the other hand, Lestat’s television counterpart differs from Tom Cruise’s film version in appearance and personality. Reid’s iteration of the character is more aggressive and raw and has to overcome several emotional challenges before becoming the version of the film that people are most familiar with.

Ultimately, Jones has opted to make slight changes to the two character’s depiction and explained the decision in an interview with Den of Geek. “Most people have this image of Tom Cruise and Brad Pitt. In this, the emotional stakes are super high. It’s Love with a capital L and Hate with a capital H, Remorse and Regret, and mostly reverence and respect,” Jones said. “You will not be thinking about Tom and Brad ever again. Of that, I am supremely confident,” he added. Hence, it is evident the makers have consciously attempted to differentiate Lestat and Louis from their film counterparts. Furthermore, the exploration of sexual and romantic subtext within the duo’s relationship that is absent from the film adaptation is present in the television series, giving Lestat and Louis a distinct appeal.

Read More: When and Where Does AMC’s Interview With the Vampire Take Place?