Are Kiesha and Kevin From The Chi Siblings in Real Life? 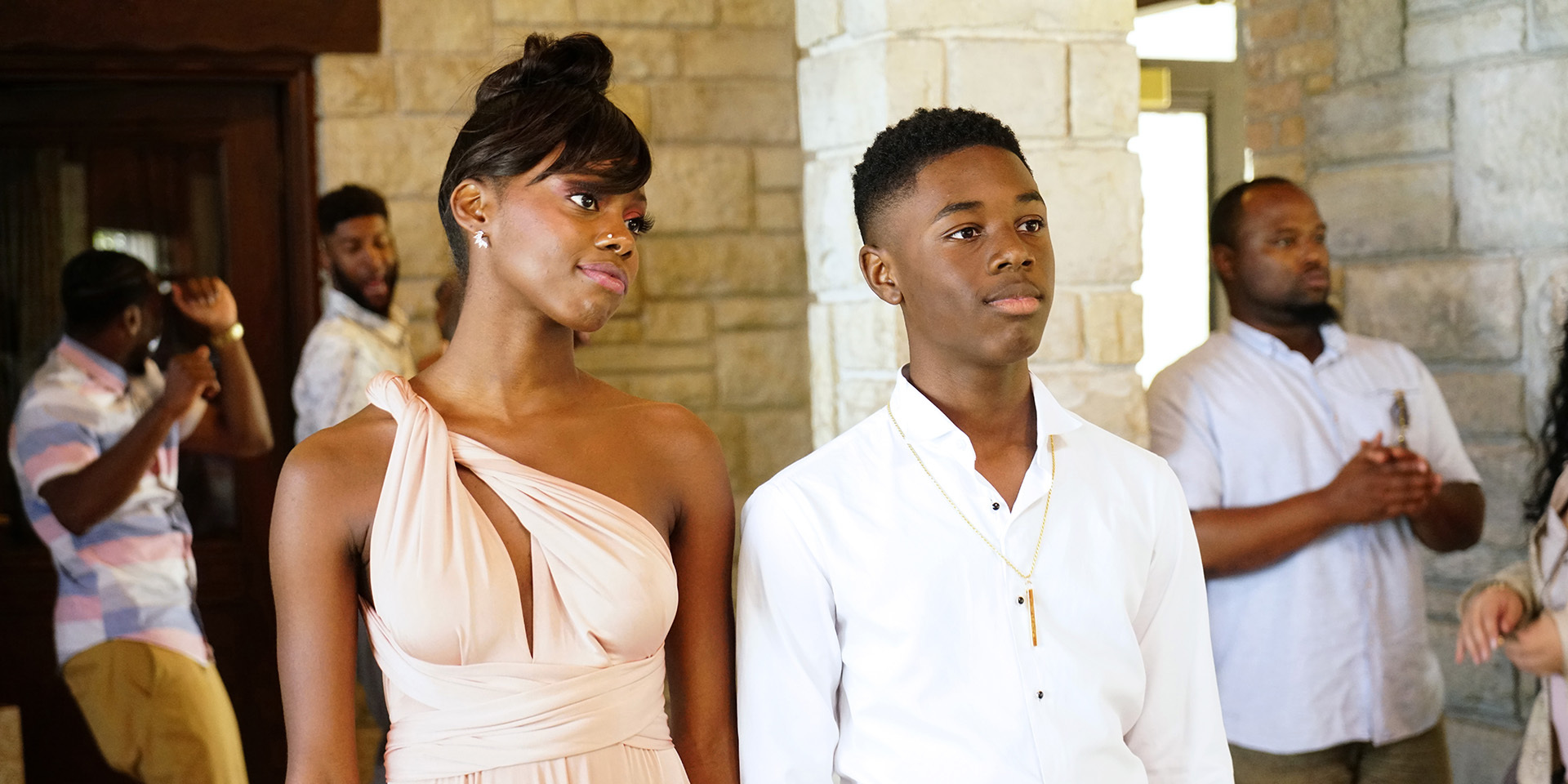 Created by Lena Waithe, ‘The Chi’ is a drama series set in Chicago. In a tough neighborhood where every decision can have life-and-death consequences, an unexpected sequence of events drags Kevin into serious trouble. Kiesha and Kevin are siblings who belong to a loving family. They are both very close and protective of each other. Birgundi Baker portrays Kiesha Williams, and Alex Hibbert appears as Kevin Williams. Apart from the fact that both the actors exhibit a convincing dynamic as brother and sister, the fans of the show cannot get over how similar they look. It is no wonder that people think that they might be siblings in real life. Is that really the case? Here is what we know!

Are Kiesha and Kevin Siblings in Real Life?

No, Birgundi Baker (Kiesha) and Alex Hibbert (Kevin) are not siblings in real life. In fact, the two are not even related. Baker is a 29-year-old actress who is way older than her 17-year-old co-star, Hibbert. According to sources, Baker was born in Raleigh, North Carolina, on March 6, 1992. She graduated from Howard University, where she studied the Musical Theatre Program. She reportedly got pregnant with her first child in the final year of university. But Baker’s young daughter became the driving force that inspired her to take up acting seriously. You may recognize the actress from ‘Chicago Med,’ ‘Empire,’ ‘Station 19,’ and ‘Black Lightning.’

Happy #NationalSiblingsDay to the best siblings we’re unfortunately (or maybe fortunately) not related to. pic.twitter.com/rYdMdLAdV0

Baker comes from a family of entertainers- her grandmother used to be a musician, her mother a dancer, and her aunt is an actor. Apart from being an actress, Baker is also a skilled dancer and a musician. It seems that the actress does not have a brother, but she has three sisters.

In contrast, Alex Hibbert seems to have had a very different life journey. Born on July 4, 2004, in New York, the young actor is notably known for his moving performance in the Oscar-winning film ‘Moonlight.’ For this, he even received a nomination for Best Young Actor at the Critics’ Choice Award in 2016. Hibbert landed the role when his theater teacher Tanisha Cidel encouraged her students to audition for the film. His family moved to Miami when he was about seven years old, which opened up many opportunities for the young actor. We know that Hibbert has an older half-brother and a step-sister (from his father’s side).

My brother needs to be DONE with lil miss Jemma!!! #thechi @SHOTheChi

So, even though Baker and Hibbert aren’t related, Showtime did not let go of the opportunity to celebrate their onscreen sibling relationship. Additionally, Baker seems to be truly invested in her equation with Hibbert’s character on ‘The Chi.’ She took to social media to express that her onscreen brother Kevin needs to get away from Jemma, and the fans could not help but respond in agreement. It is incredible how casting directors find the right people to portray the characters, especially when they need to look alike. But this team takes the trophy for casting Birgundi Baker and Alex Hibbert as siblings because the resemblance between the two is uncanny!