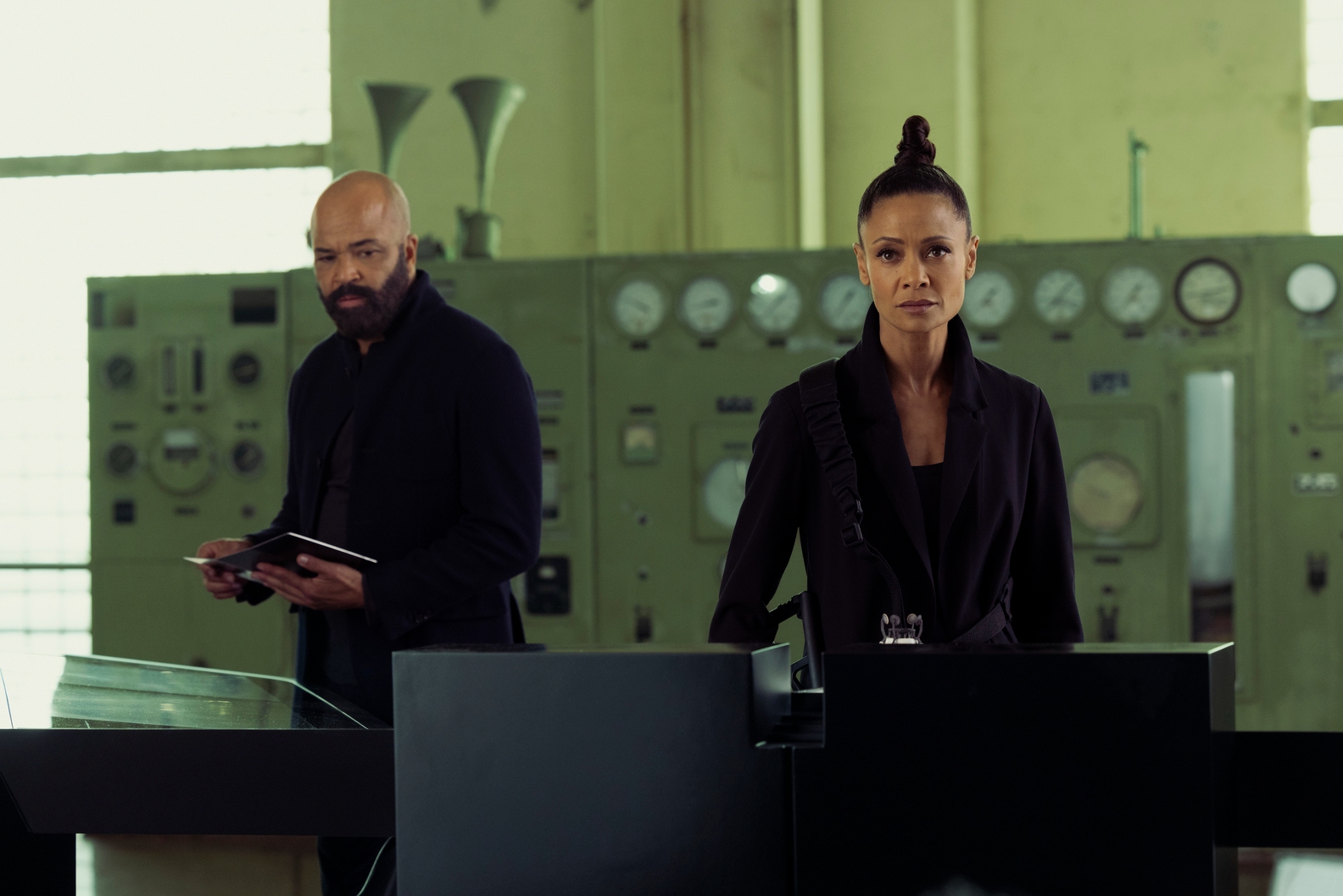 The fourth season of HBO’s science-fiction series ‘Westworld’ follows Bernard Lowe’s attempts to save the world from a potential apocalypse. As he realizes he must stop Charlotte Hale from annihilating humanity, he teams up with Maeve Millay to do the same. In the seventh episode of the season, Bernard and Maeve get into the Tower to confront Hale, who attempts to transfer the Hosts’ consciousnesses to the Sublime. William arrives at the Tower at the same time and ends up killing his master Hale, Maeve, and Bernard, astounding the viewers. So, are the three most powerful hosts dead? Let us share our thoughts regarding the same! SPOILERS AHEAD.

Are Maeve, Hale, and Bernard Dead?

When Hale plans to transfer the Hosts’ consciousnesses to the Sublime, the host version of William questions her decision. He realizes that he doesn’t have to tolerate her commands, decides to put an end to her life and tyranny, and eventually shoots her down. As guided by the human version of himself, he starts to believe in the principle of “the survival of the fittest” to give humans, at least the potent ones, a chance to survive. William also shoots down Maeve and Bernard to fulfill the aspiration of his human version, who has tried to kill Bernard and all other hosts in the past.

Even though William kills Maeve, Hale, and Bernard, ‘Westworld’ has shown time and time again how death is not a definite end to one’s existence in the narrative universe of the show. Since Maeve, Hale, and Bernard are hosts, it wouldn’t take much effort for anyone to rebuild and bring them back to life, like Bernard rebuilds Maeve in the sixth episode of the fourth season. Considering that William doesn’t care to destroy the bodies, anyone familiar with rebuilding hosts must be able to bring them back to life.

Since Ashley Stubbs, Caleb Nichols, and Frankie are alive, they may get into the Tower to look for their allies. Upon seeing Maeve and Bernard’s dead bodies, they may at least try to preserve them. Stubbs may even use his expertise to bring Bernard and Maeve back to life. If William becomes an evil force, Stubbs may even consider recreating a good version of Hale to deal with the emerging evil force. If Bernard’s access to the future was limited to seeing the events till his death, it is possible that he wasn’t aware of possibly getting rebuilt.

As far as the rebuilding of Maeve, Bernard, and Hale are concerned, Teddy’s intentions behind revealing the truth about Hale to Christina may turn out to be significant as well. If Christina is Hale’s extension, which can be the reason behind the former’s invisibility right after Hale’s death, the duo may try to rebuild Hale, possibly a good version of the same. They may reconstruct Maeve and Bernard to fight the evil as well. As the three main characters get killed, the viewers must be worrying whether Thandiwe Newton, Tessa Thompson, and Jeffrey Wright left the show. Well, let’s find out.

As of yet, neither Thandiwe Newton, Tessa Thompson, nor Jeffrey Wright announced their departure from ‘Westworld.’ HBO has not also released a statement concerning the exit of Newton, Thompson, and Wright. Since Maeve, Hale, and Bernard can still come back to life, we may not need to worry about the possible exit of Newton, Thompson, and Wright. It is also unlikely that three members of the main cast of the show would leave together. In the fourth season finale, we can expect to find out whether Maeve, Hale, and Bernard’s bodies or consciousnesses will get preserved for the three performers to remain in the show.

Newton, Thompson, and Wright’s future in the show may also depend on whether the show gets renewed for the fifth season. If the fifth installment gets greenlit, we may see the three performers returning to the show even if we won’t get to see them again in the fourth season finale.

Read More: What Does Bernard See in the Westworld’s Sublime, Explained