Are Théo and Sarah From The Ultimatum France Still Friends?

While following various romantic complications on a reality show is certainly entertaining, watching how two participants become friends is also heartwarming in its own right. For a show that puts much emphasis on love and marriage, Netflix’s ‘The Ultimatum: France’ has seen many friendships blossom. Many of these connections allow various cast members to gain clarity about just what they want from their significant others.

In the very first season of the French series, viewers got to see Théo Borghino and Sarah Andrea come together as an experimental couple and form a beautiful friendship. Their time with each other allowed them to finally open up about their fears and insecurities and how it was impacting their romantic lives. Naturally, fans of this particular duo are eager to know if they are still on good terms with each other. So, let’s explore their friendship together, shall we?

23-year-old Théo, a sports trainer, had come on the Netflix series in hopes of answering the ultimatum given to him by his girlfriend, Romane. The situation for Sarah was not much different as she, too, had been given a choice by her partner, André Fouquet, to either tie the knot or say goodbye. For the purpose of the show, each participant had to choose a test partner with whom they would live for three weeks. In the days leading to the decision, Théo and Sarah seemed to be getting closer and bonded over their mutual reluctance to get married. When the time came, Théo and Sarah became one of the test couples, which scared their respective parents a bit due to their views on getting wed.

As soon as they stepped into their home for three weeks, Théo and Sarah divided the chores amongst themselves. The former did insist that he hated doing laundry but would be willing to clean the house. The duo ended up spending some quality time together, and Théo even learned to take care of Sarah and André’s dog, Naya. He also decided to get his armpits waxed under the expert hands of beautician Sarah.

When Sarah next met up with all the girls, she could not help but praise her experiment partner and how he was easy to live with. This baffled Romane, who felt sad that Théo had never acted as accommodating with her as he seemed to be doing with Sarah. The conversation eventually turned to physical contact, where Sarah confessed that she had waxed Théo’s armpits and that he had been shirtless at the time, the latter of which she did find a bit weird. This compounded Romane’s frustration as the couple had apparently agreed on the rule of “no physical contact.” On the other hand, Théo could not help but state to the other men that he had fallen even more in love with Romane. 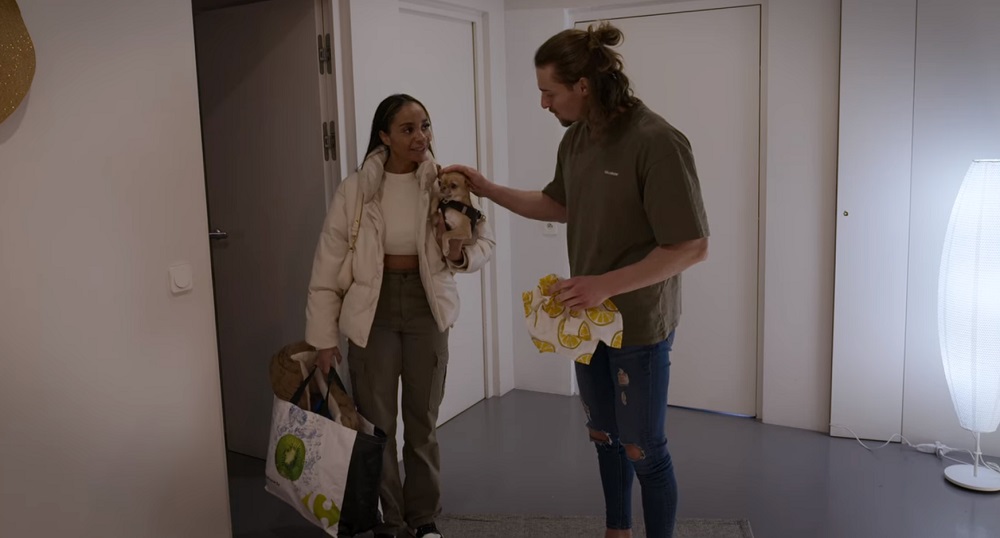 Soon, André decided to visit Théo and Sarah in order to take Naya with him. Even though his girlfriend was not there at the time, André decided to hang out at their house and ask Théo about what the duo had been up to. Learning that the two often partook in physically forward activities like surfing and that Théo preferred to stay shirtless in the house bugged André, and he asked his girlfriend’s test partner to refrain from doing so when with Sarah. However, the sports trainer confessed that he had not changed his habit at Romane’s insistence, so he would not do so because of André.

While spending time with Théo, Sarah found it easier to open up about her past and insecurities, including her tense relationship with her mother. The beautician stated that she had never been able to talk about her inner turmoil as easily with André since he did not seem to be as understanding towards her issues as Théo apparently was. Théo and Sarah parted the experiment on good terms, with fond memories of each other. When the cast members met again after two months, and Sarah learned that Romane and Théo had separated, she called her friend to get his side of the story. She also decided to tell Romane just how final Théo thought their break up was despite the fact that they still loved each other.

Are Théo and Sarah Still Friends? 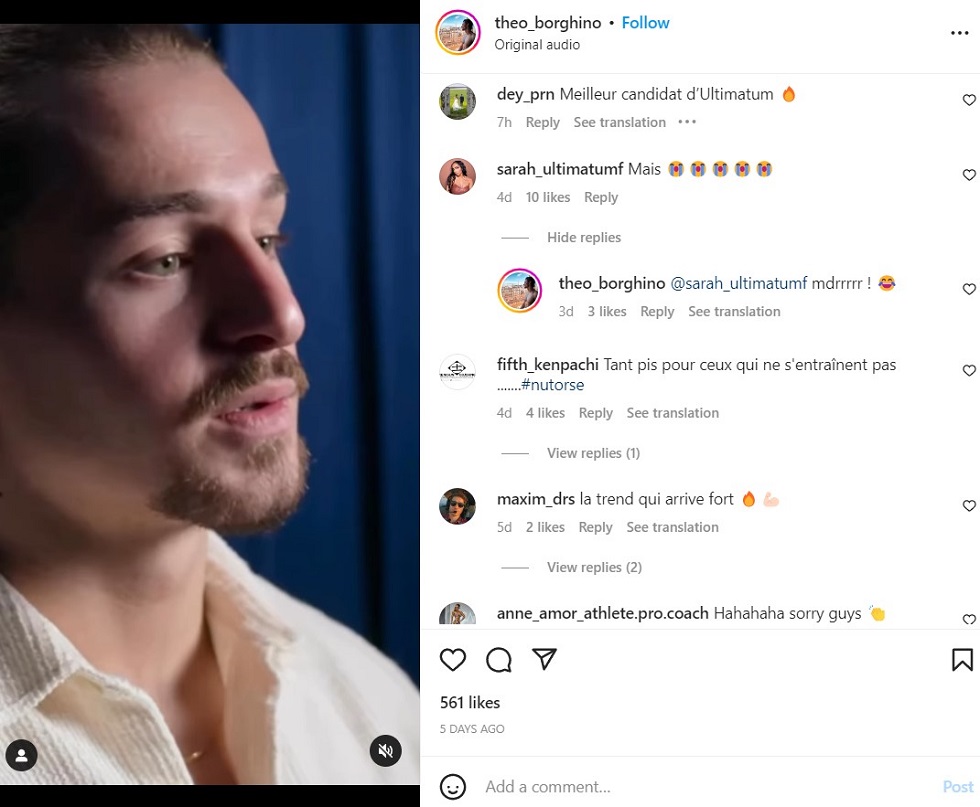 As of writing, it does seem like Théo and Sarah have maintained their friendship. The sports trainer does follow his on-screen partner on social media, who, in turn, is also one of his followers. Even though the beautician likes to keep the details of her personal life private, she has not hesitated to show her support for Théo. In fact, she has even commented on a few of his Instagram posts (as seen in the above post)! Fans of the show have been eager to share their well-wishes for the duo and could not help but compliment just how heartwarming they found Théo and Sarah’s bond to be.

Read More: Are Romane and Scott From The Ultimatum France Still Friends?