Are Tokyo and Berlin Dead? Do They Appear in Money Heist Season 5 Part 2?

‘Money Heist’ has arguably the most complex ensemble cast of characters since ‘Game of Thrones.’ The audience knows that they are ultimately criminals and yet can’t help but fall in love with these quintessentially Spanish personalities. All of them, including the supposedly cerebral Professor, burn with red hot passion and often let their emotions drive their actions. This is also one of many aspects that sets ‘Money Heist’ apart from other heist shows or films from various parts of the world. Two characters in particular — Berlin or  Andrés de Fonollosa (Pedro Alonso) and Tokyo or Silene Oliveira (Úrsula Corberó) — stand out among the cast for their style, personality, and core beliefs. If you are wondering whether they appear in the final outing of ‘Money Heist,’ we got you covered. SPOILERS AHEAD.

Is Tokyo Dead or Does She Appear in Money Heist Season 5 Part 2?

Yes, Tokyo is dead. In the last episode of part 1 of season 5, she dies when she blows herself up with four grenades, protecting her teammates and taking Gandia and several of Sagasta’s soldiers down with her. It’s an incredibly tragic and yet so heroic end for such a memorable character.

In part 2, she is still very much part of the narrative. Tokyo continues to serve as the narrator of the story in a case similar to Lester Burnham in ‘American Beauty’ and Joe Gillis in ‘Sunset Boulevard.’ Part 2 picks up the story right where part 1 ends. Sometime after the explosion, Sagasta surrenders, allowing Rio and Lisbon access to where Tokyo died. In her narration, Tokyo mentions that when someone dies tragically, their spirit lingers for a while in the place where they lost their life. And sometimes, for a few seconds, the living can feel the dead they once loved. As Rio approaches the area, he sees that a fire is burning where the explosion occurred and seems to feel that Tokyo is still there. 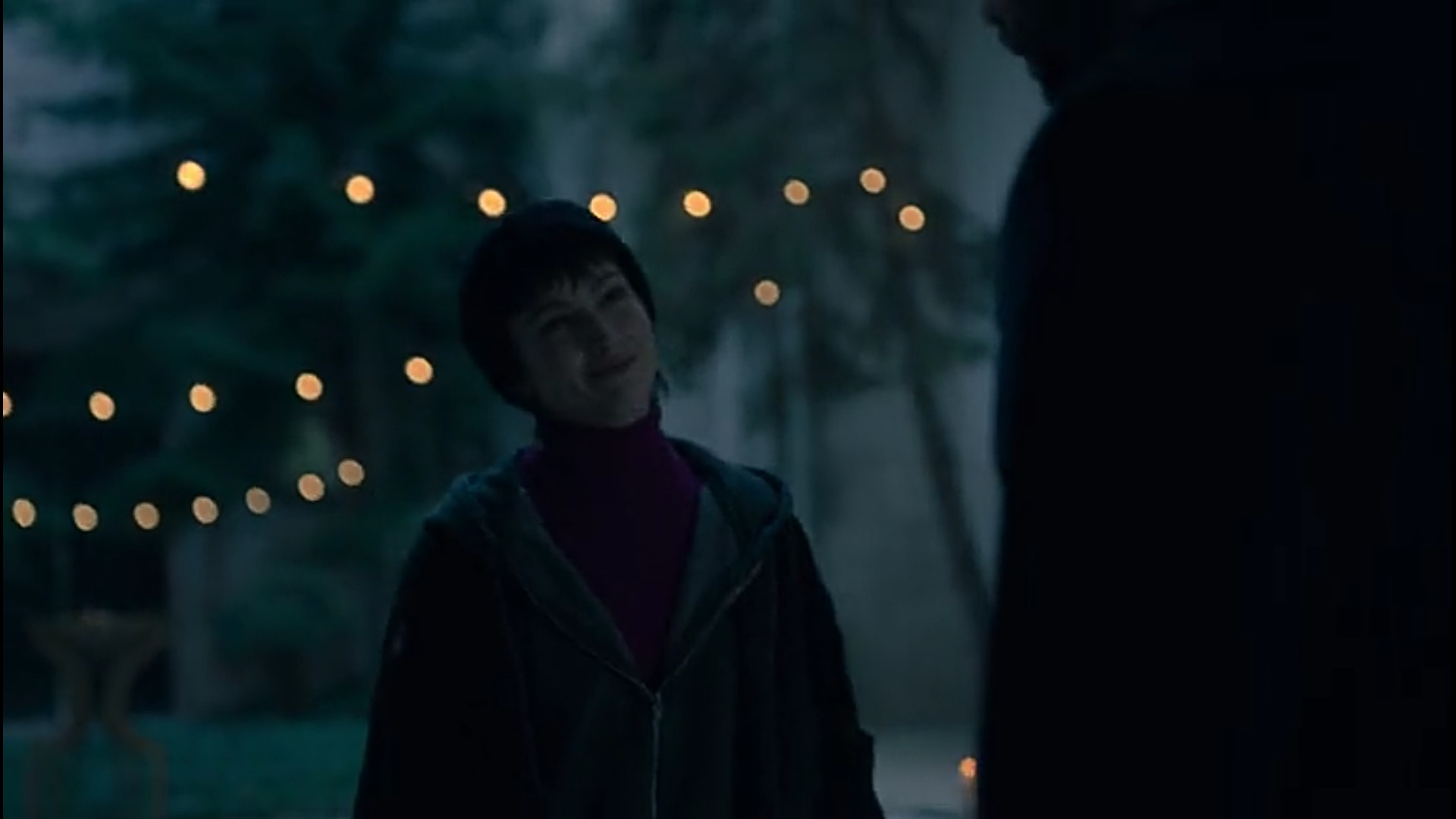 Rio recalls that Tokyo once told him about her mother’s trick to assure her that she was there with her whenever she became afraid. So, Rio draws a door with ash over his heart and mutters that it will always be open for Tokyo. This is his way of saying goodbye to the woman he loved, knowing that he will carry her in his heart for the rest of his life.

Tokyo features in the flashback scenes, especially those depicting the crew’s preparation for the Bank of Spain heist. In the penultimate episode of the series, she and the Professor dance together after having spent the entire night drinking. They say that they love each other, and it’s a very different kind of love from what Tokyo shared with Rio, or the Professor has with Lisbon. It’s platonic but equally valid. That’s the last time the audience sees her on-screen. In the closing moments of the series, as the crew leaves Spain, they reminiscence about those they lost along the way, including Tokyo.

Is Berlin Dead or Does He Appear in Money Heist Season 5 Part 2?

Yes, Berlin is also dead in ‘Money Heist’ season 5 part 2. In the final episode of season 2, Berlin is killed in a shootout with the police after staying behind to cover for his escaping crewmates during the Royal Mint heist. Berlin was diagnosed with Helmer’s Myopathy and had only a few months to live. He always considered himself an artist and participated in the Royal Mint heist believing that it would be his masterpiece.

At times, Berlin’s actions were utterly deplorable during the heist, but he underwent a redemption arc. Moreover, he is incredibly popular among fans. So, the creators decided to bring him back in season 3. The Bank of Spain heist was originally his and Palermo’s idea. In flashback scenes, the audience sees how he tells his half-brother, the Professor, about it. In season 5 part 2, Berlin has his heart broken when his wife, Tatiana, leaves him for his son Rafael from a previous relationship. For the first time in his career as a criminal, Berlin gets arrested after vandalizing the bar where he learned the truth. 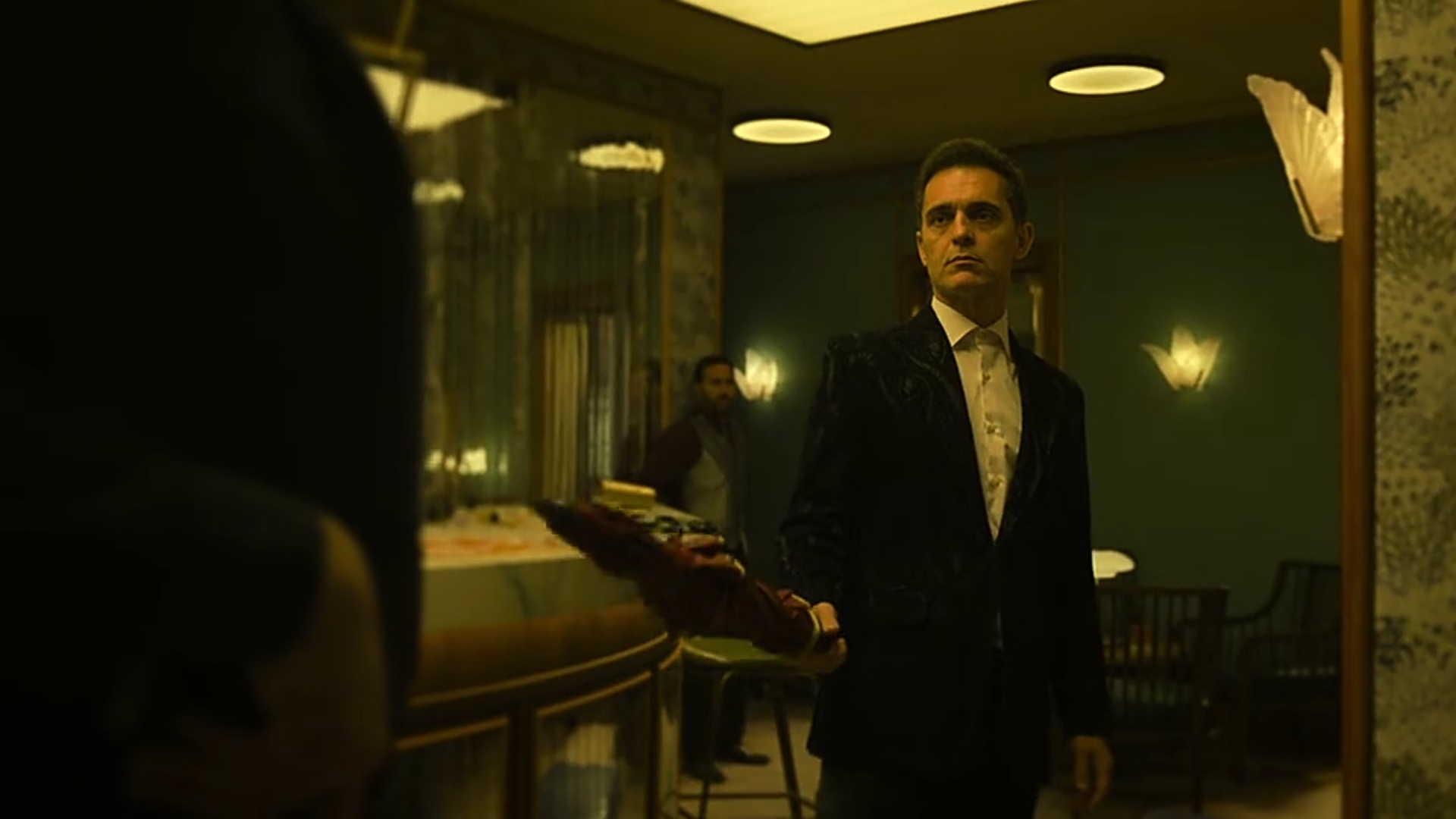 If the Professor organized the Royal Mint heist partly in the memory of his father, the Bank of Spain heist was partly for Berlin. There is a flashback scene from five years earlier in the final episode. Berlin and the Professor sit in a restaurant in Madrid along with Rafael and tell the latter how his grandfather was also a thief and a robber. They say to him that organizing heist is in their blood. In the present time, the Professor reminds Rafael of this conversation and gets the money back. ‘Money Heist’ ends as the Professor looks out the helicopter window as he and his crew leave Spain after successfully stealing 90 tons of gold, likely reminiscing about his brother and father.