Ascendance of a Bookworm Season 3 Finale Recap and Ending, Explained 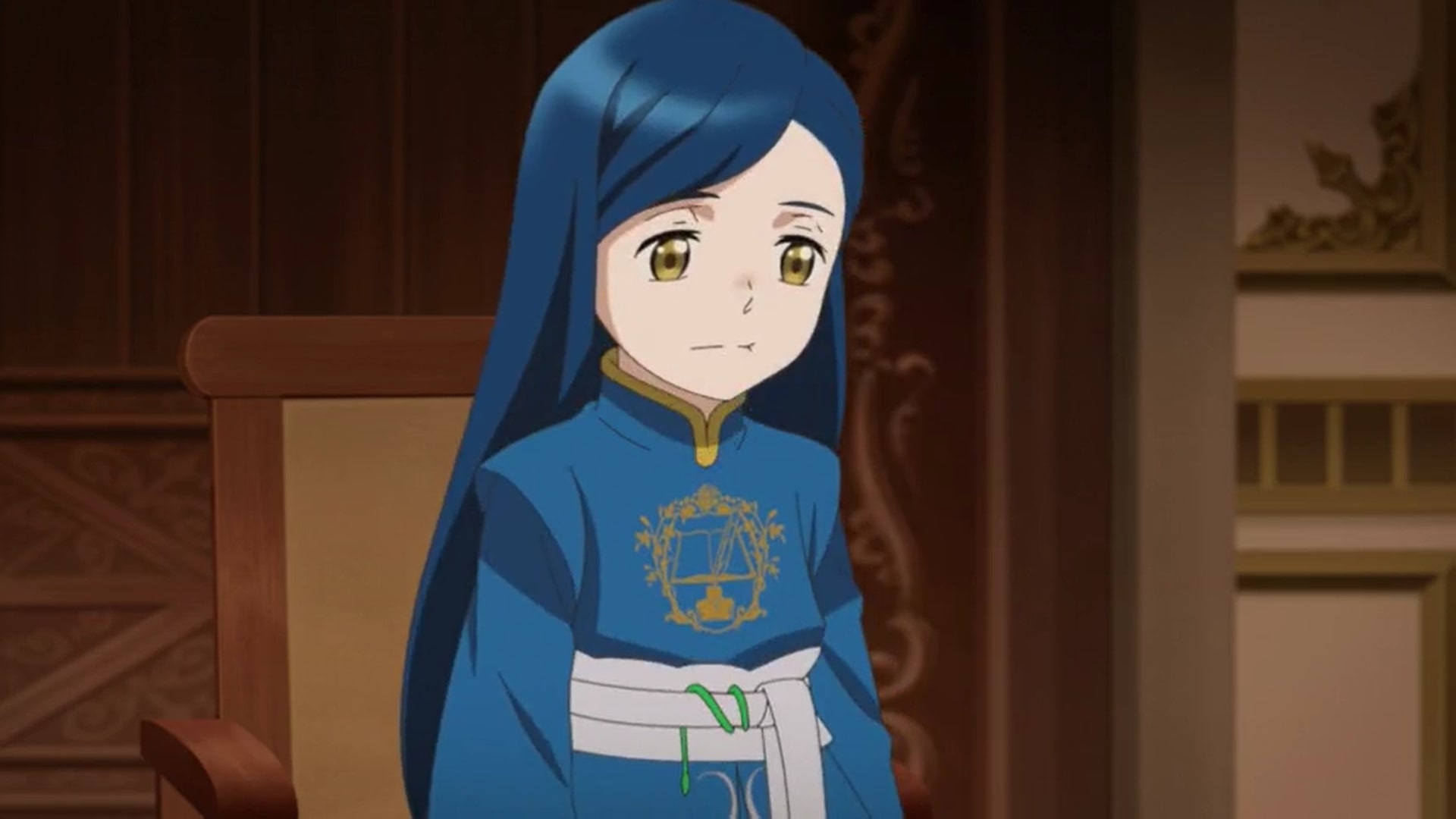 In the final episode of ‘Ascendance of a Bookworm‘ season 3, titled ‘Blessing,’ Myne and her companions manage to defeat Count Buchenwald and restrain the High Bishop. She also learns the truth about the seventh Aub Ehrenfest, who decides that Count Buchenwald and the High Bishop must be executed for their crimes. Here’s everything you need to know about the ending of ‘Ascendance of a Bookworm’ season 3 finale. SPOILERS AHEAD!

While Count Buchenwald and the High Bishop are trying to force Myne into a submission contract, Ferdinand, who is already in the Cathedral, comes to her rescue. He wastes no time in restraining the latter. However, Count Buchenwald is naturally far stronger and is determined that he won’t easily give up. While Myne creates a protective shield in front of his family, Ferdinand begins to fight Buchenwald until Sylvester, along with Karstedt, arrives there and asks him to stop. 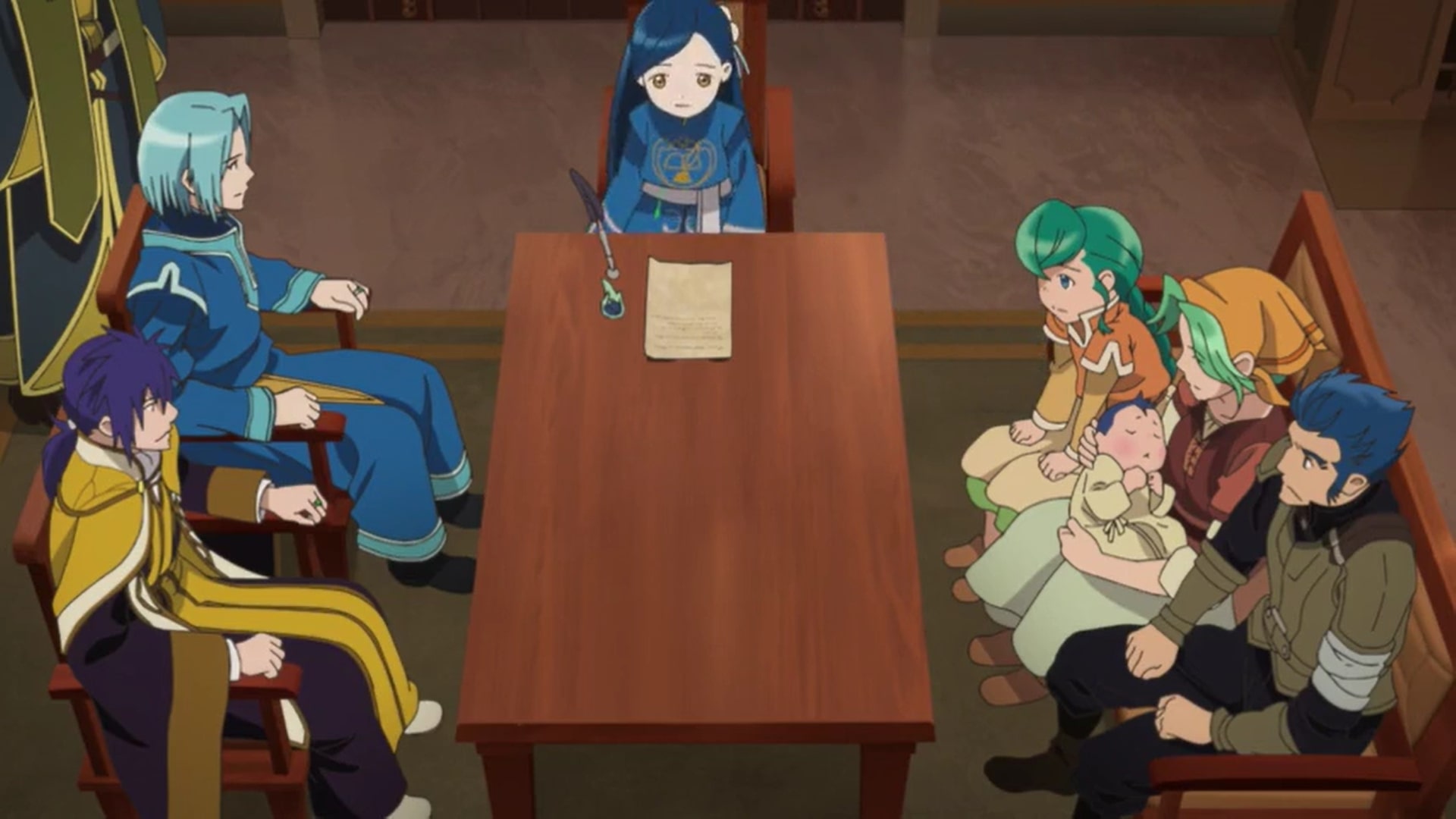 Everyone, including Myne’s family, bows in front of Sylvester, which naturally confuses her until her father tells her the shocking truth- Sylvester is actually the current ruler of Ehrenfest. When he gives the people permission to speak, Count Buchenwald wastes no time in asking him to punish Myne as she used magic on a noble despite being a commoner. However, he is shocked when Sylvester claims that he has adopted her and she is no longer just any other commoner who could be punished.

Realizing what Buchenwald, the High Bishop, and their companions have done, Sylvester decides to get them executed. He then tells Myne that she must call her family to complete the adoption process so that all the conditions can then be discussed with them. The protagonist has an emotional meeting with his sister and parents, who naturally don’t want her to get adopted.

However, Myne is tired of putting their lives in danger and has decided that it will be better for her and her loved ones if she finally starts living with a noble as his daughter. Children with the devouring can enjoy several benefits after getting adopted, which is why Ferdinand has been suggesting Myne his adoption plan for a long time, even though the protagonist has been reluctant until now.

Ascendance of a Bookworm Season 3 Finale Ending: How Is Myne Adopted by Sylvester? What Are the Conditions Laid Out By Him?

Myne first met Sylvester during the Spring Prayer, and he stayed around her throughout the multi-day ritual. Before saying goodbye to her, he handed the protagonist a magical talisman and asked her to use it only when she was in a big problem. Before the confrontation with the High Bishop and Buchenwald, Myne actually rubbed her blood on it, thinking Sylvester would come to save her. 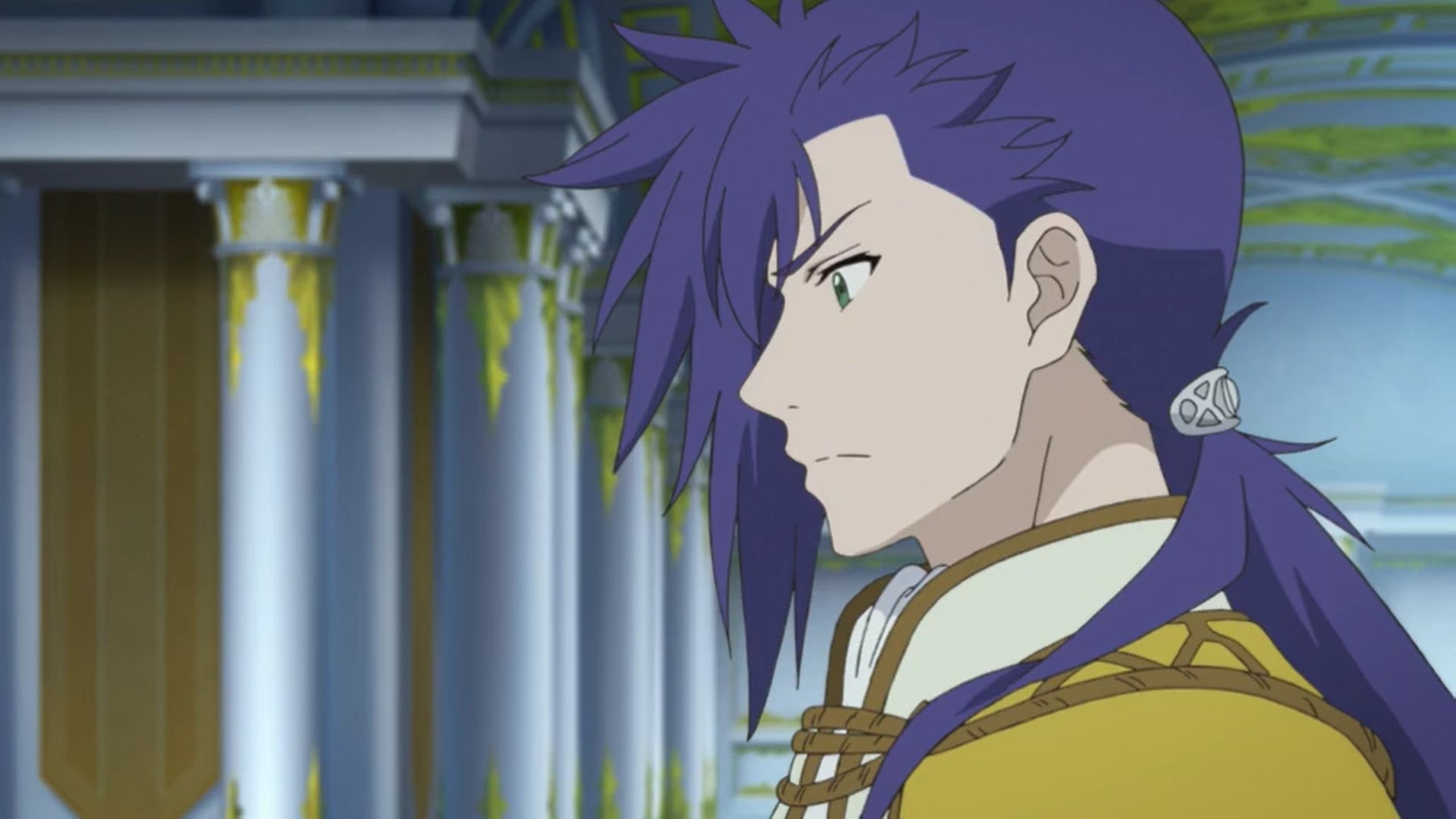 However, nothing of that sort really happened. It turns out that the talisman is just a magical item that finalizes a contract (in this case, Myne’s adoption contract) once a blood seal is used. Since the protagonist has already done that, she can technically be called Sylvester’s daughter even before the conditions of the adoption contract are told to her parents. Later, when Myne’s family meets her at the Cathedral, they are invited for a meeting with Ferdinand and Sylvester.

The adoptive father lays out the condition that her parents must tell others that Myne passed away. Furthermore, they can no longer refer to her as their daughter and greet her as a noble whenever they encounter her in the future. Since Myne has already made up her mind, her parents also accept all the conditions with the hope that it will eventually help them and their daughter live a peaceful life.

Why Does Sylvester Spare Delia’s Life? What Punishment Does Myne Give to Her?

Once Buchenwald, the High Bishop, and his companions are restrained, Sylvester decides to get them executed for their reckless actions that endangered the lives of so many people. Since Delia has been working closing with the High Bishop, she also believes that she is going to die. However, Myne does not want that her friend, who was obviously under the influence of a far more powerful man, should get punished. Therefore, she requests that the ruler of Ehrenfest forgives her.

But since she has participated in all the mess and helped the High Bishop, Sylvester tells Myne that she must be given some form of punishment and leaves it to her to decide Delia’s fate. The protagonist tells Delia that she must return to the orphanage and spend the rest of her life there taking care of Dirk and others. Myne’s kindness and compassion move Delia, who thanks her before leaving the Cathedral.

How Are Ferdinand and Sylvester Related? Why Did the High Priest Join the Temple?

Although Ferdinand and Sylvester have been around each other for quite a while, they have never revealed to others that they are half-brothers. So, when Myne learns about their relationship, she is also left dumbfounded. The High Priest was actually born as a result of an affair between Sylvester’s father, the Sixth Aub Ehrenfest, and his mistress. Unfortunately, Sylvester’s mother, Veronica, was cruel towards Ferdinand and never treated him as a child. 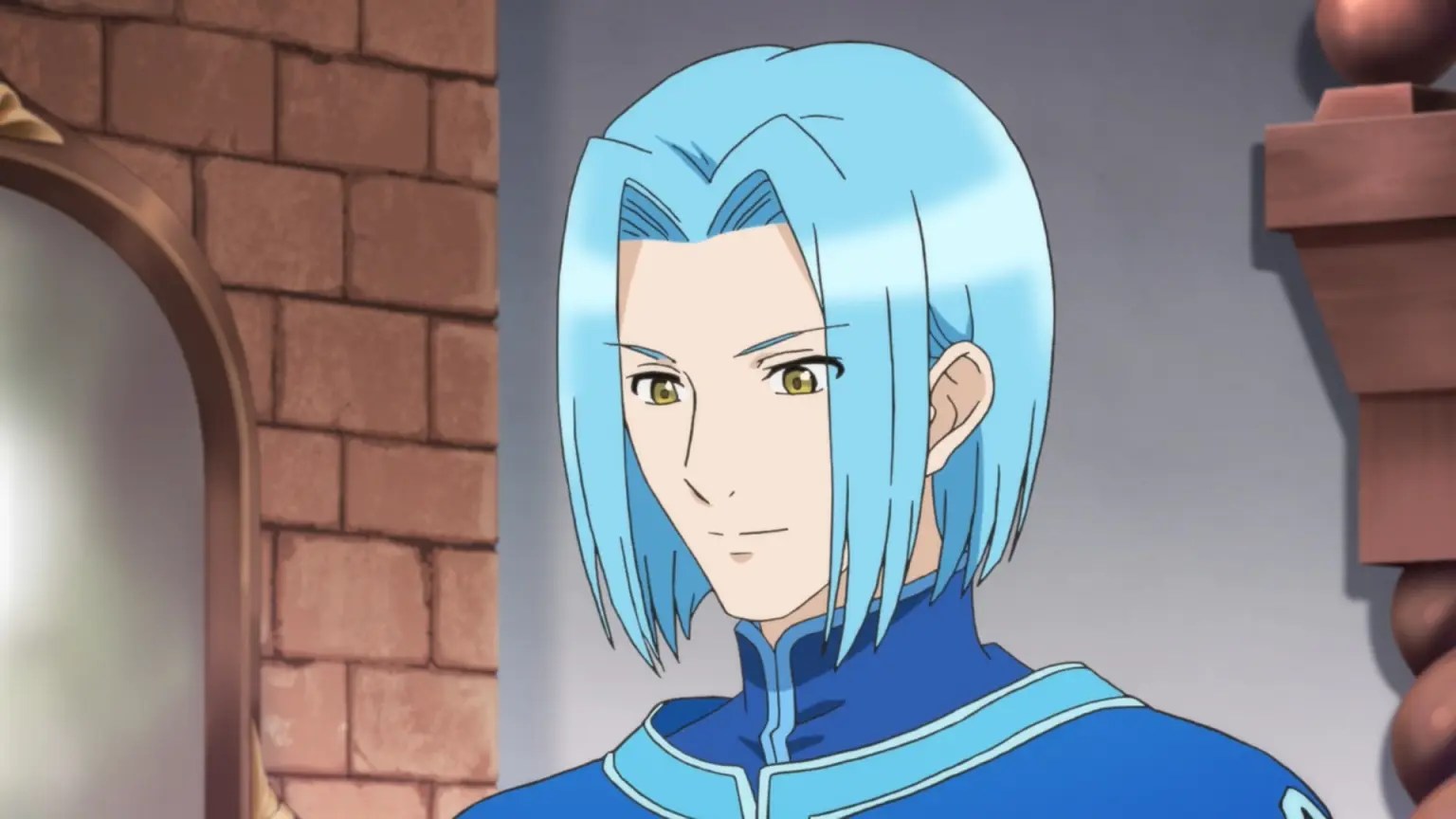 Due to Veronica’s persistent harassment, Sylvester advised Ferdinand to join the temple. It also ensured that Ferdinand would stay away from noble politics and also become less likely to be the successor of the Sixth Aub Ehrenfest- which is just how things unfolded eventually. So, not only are Ferdinand and Sylvester related, but it turns out that they are half-brothers. Furthermore, Ferdinand did not join the temple out of his own volition, but noble politics and his brother played a major role in the decision.

Read More: Ascendance of a Bookworm Season 4: Renewed or Canceled?