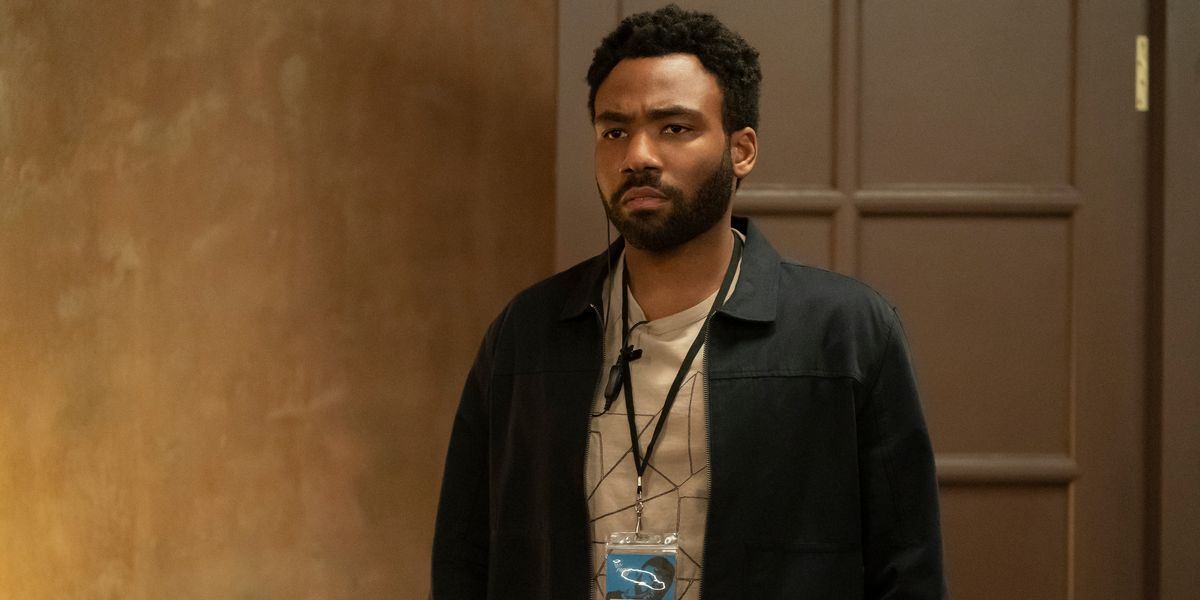 ‘Atlanta‘ season 3 episode 5 turns the focus back on Alfred aka Paper Boi’s Europe tour, after a haunting standalone episode. The fifth episode follows Alfred and Earn as they prepare for a show in Budapest. However, after the show, a valuable item belonging to Alfred goes missing, and the famous rapper intends to find it at any cost. A fascinating interrogation unfolds that puts Alfred and Earn in a tough spot. If you are wondering whether the cousins recover the missing item, here is everything you need to know about the ending of ‘Atlanta’ season 3 episode 5! SPOILERS AHEAD!

The fifth episode titled ‘Cancer Attack’ opens with Earn managing things backstage at Paper Boi’s concert in Budapest. While Earn is running around doing some last-minute checks and arrangements for the concert, Alfred/Paper Boi hangs out in the green room with Darius and his new friend, Socks. Alfred and Earn have a small conversation as Earn leads a VIP guest family to the green room. While Paper Boi spends time with a young fan in the green room, Earn texts Vanessa asking about her whereabouts.

Soon, it is time for Paper Boi to go on stage, and the VIP family is escorted to their seats. Before going on the stage, Darius says a prayer for Paper Boi. However, they are disturbed when a random fan ends up on the stage and interacts with the crowd. After the man is removed from the stage, Paper Boi performs for the crowd. The show ends, and an exhausted Paper Boi returns to his green room. However, he realizes that his mobile is missing from the room. While searching for the phone, Earn suggests that the young boy Alfred met earlier might have stolen the phone.

Earn searches for the kid with the security’s help and learns that he is being rushed out of the venue due to a complication from cancer. A baffled Earn runs to the kid’s side and searches for the phone. However, when he does not find the phone, the public boos him. Earn returns to the green room, and Alfred grows agitated over losing the phone. Socks theorizes that the man on the stage might have stolen the phone. Earn speaks with the venue manager and learns that the man’s name is Wiley. He is the venue manager’s nephew. Earn contacts Wiley and asks him to return to the venue. However, things get out of hand when Wiley begins to outsmart Earn and Alfred.

As the episode progresses, Alfred/Paper boi grows agitated that his phone is missing. Earn contacts Wiley, but Socks gives the man a death threat over the phone, complicating the situation. Nonetheless, Wiley arrives at the venue as he does not want to miss the chance to meet Paper Boi. Thus, Earn, and Paper Boi take the opportunity to interrogate Wiley about the pone. Although Wiley maintains that he did not take Paper Boi’s phone, his replies reflect smugness. Thus, Earn, and Paper Boi grow convinced that Wiley has stolen the phone. The cousins try several intimidation and interrogation tactics with Wiley but to no avail.

In the end, Paper Boi makes an emotional appeal to Wiley to return his phone. Instead, Wiley shares the story of his sad past and sings a song for Paper Boi. With no other options left, Paper Boi allows Wiley to leave. A depressed Paper Boi boards the bus to head to the next venue. However, viewers see Socks with Paper Boi’s phone before the episode closes out. Thus, it is confirmed that Wiley did not take the phone.

Although the episode does not clarify Socks’ motivation behind stealing the phone, it is evident that Paper Boi’s phone contains essential details about his personal life. Earlier, Earn offered to buy the rapper a new mobile, but he insisted that the data on the phone was more valuable than the actual device. Therefore, it is likely that Socks plans on using the data from Paper Boi’s phone for personal benefits. Socks has managed to get surprisingly close to Paper Boi and his crew in a short amount of time. However, his recent actions set up a rude awakening for the famous rapper in the future. Thus, the ending likely sets up Paper Boi’s downfall at the hands of Socks.

Read More: Who Is Socks in Atlanta? Why Did He Take Paper Boi’s Phone?