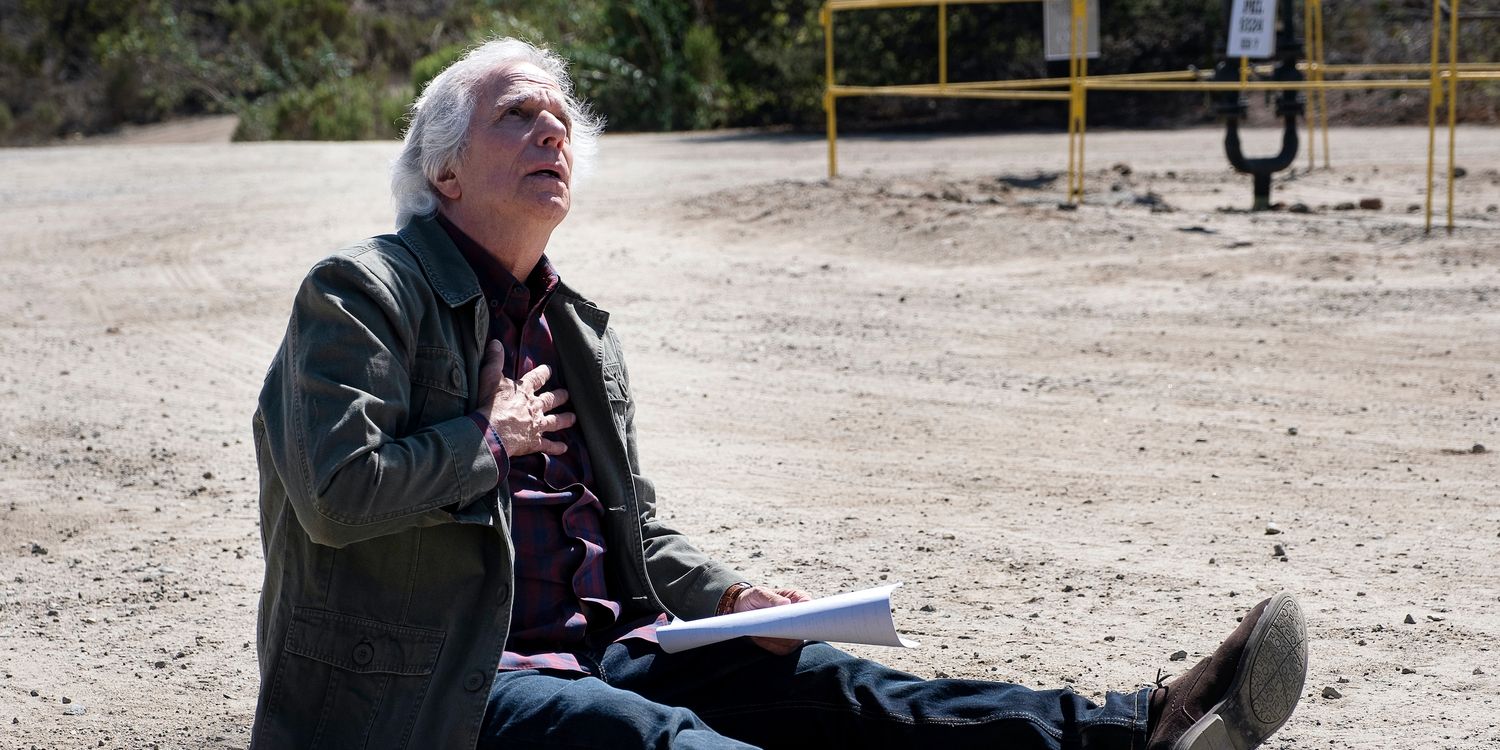 ‘Barry‘ season 3 continues to expand the titular hitman turned actor’s story in new and exciting directions with the second episode, titled ‘limonada.’ In the episode, Barry attempts to fulfill his quest for forgiveness by trying to do a good deed for his acting teacher Gene Cousineau. However, after Barry’s Plan A backfires, he is forced to take an unconventional route.

Meanwhile, Cousineau attempts to flee from the dangerous hitman. In the end, the dynamic between Barry and Cousineau is forever changed, and if you wish to find out more about the same, here is everything you need to know about the ending of ‘Barry’ season 3 episode 2! SPOILERS AHEAD!

Episode 2 of season 3 opens with Barry (Bill Hader) holding Cousineau (Henry Winkler) hostage. As Barry drives around the city in hopes of executing his grand plan for forgiveness, he keeps Cousineau hidden inside his car trunk against the acting coach’s wishes. While Cousineau pleads with Barry to let him go, Barry insists on going through with his plan. Meanwhile, Sally (Sarah Goldberg) is filming the new episode of her streaming television series. Barry bursts onto the show’s set and demands that she cast Cousineau in her show.

Barry argues that getting Cousineau a job will make him feel better about his girlfriend Janice Moss’ death. However, Sally refuses to cast Cousineau, citing his attitude and the lack of roles suiting the elder acting teacher. After Sally rejects Barry’s idea, he has an outburst in front of all the crew members. After Barry leaves, Sally’s colleagues discuss the situation and believe that she is in an abusive relationship.

After his plan fails, Cousineau begs Barry to let him go, but Barry opts to make another attempt to get Cousineau a role. Meanwhile, Cristobal receives a surprising visit from Fernando, the head of his Bolivian mafia family. Fernando thanks Cristobal for establishing the Bolivian gang’s presence in Los Angeles and plans on finishing the Chechen mafia. As a result, Cristobal breaks up with Hank and warns him of Fernando’s plan.

At the end of the episode, Barry gets cast in a popular show and manages to get Cousineau a small part. An overjoyed Barry speaks with Sally on the phone and breaks the news of his latest gig. Meanwhile, he also expresses relief that he was finally able to do something good for Cousineau. The act makes Barry feel good, and a weight is lifted off his shoulder.

However, when Barry returns to his car, he realizes that Cousineau has escaped from the trunk. Barry searches for Cousineau while the acting teacher seeks help. He convinces a woman to call a cab for him. However, as the cab arrives, Barry’s car also drives up along the road. The two cars crash and Cousineau uses the chance to flee the scene. Cousineau returns home to his son, Leo. However, he is surprised to see that Barry is also present on the scene.

The episode’s ending confirms that Cousineau never intended to forgive Barry and only wanted to save his life. He has every intention of informing the police about the hitman’s crimes. However, Barry tries to subdue Cousineau. He gives Cousineau a speech about how the acting coach helped him connect with his human side. Earlier in the episode, Barry uses the same speech to convince the casting director. However, unlike the casting director, Cousineau is unimpressed with Barry’s admission. Nonetheless, Barry threatens to harm Cousineau’s son and grandson if he were to contact the police.

The episode ends with Barry telling Cousineau that he loves him and forces Cousineau to say it back. A scared Cousineau utters the words as the credits roll. The episode’s ending hints that Barry’s emotional and moral compass has been completely muddled. In his quest to prove that he is a good person, Barry is causing psychological damage to the people he claims to love. Moreover, he is becoming manipulative and does not care about the emotions of others.

Read More: Is Barry Based on a True Story?