Below Deck Adventure’s Nathan Morley: Everything We Know 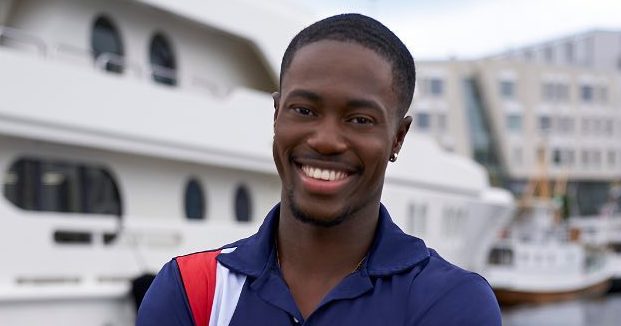 The fourth ‘Below Deck’ spin-off series, Bravo’s ‘Below Deck Adventure,’ is a fascinating reality show that documents the everyday routines of the crew of a luxurious motor boat as they go to thrilling and attractive locations. It captures the life of the crew aboard a lavish yacht and how they manage client expectations, everyday problems, and interpersonal connections at the same time. The inaugural season also features thrilling off-ship experiences by adventuresome passengers and staff members. It includes paragliding, rock climbing, and biking across the picturesque Norwegian Fjords and other locations.

What keeps the viewers even more hooked is the drama that arises and the romantic linkups that are brewed during the journey. Thus, the arrival of Nathan Morley as one of the new deckhands in season 1 has captivated the attention of several fans. As they got intrigued by his personality on the show, they must be eager to know more about him. If you’re curious about the new addition to Captain Kerry Titheradge’s luxury yacht, Mercury, here’s what we found out!

Hailing from a large and loving family, Nathan Morley describes himself as a Caribbean guy and is originally from the Bahamas. He is the only brother to seven sisters and always wished to support them and his mother. As a child, Nathan loved being in the waters and was especially enthusiastic about fishing. Hence, he knew pretty early on that working on the water would be the perfect fit for him.

Nathan began finding his way into the sailing industry by the age of 18. He got his first job after randomly walking into a marina and jokingly asking the captain if they could give him any work. After the captain, to Nathan’s surprise, said yes, his life in the industry kickstarted. Apart from this, his adventurous nature keeps him interested in numerous hobbies such as hiking, yoga, photography, axe throwing, and snowboarding.

Since taking up the job at 18 years of age, Nathan has gained several years of experience in the industry. He has worked in yachting since the year 2017 and is now independently providing for himself as well as his supportive family. He has slowly grown in his field and has eventually reached the level of an accomplished and experienced deckhand. Nathan’s hard work and determination have also helped him travel to various beautiful places such as Croatia, Spain, the Netherlands, etc.

Although he has several interests, Nathan is usually a shy and soft-spoken person. On the reality show, he emerged as one of the most loved and entertaining crew onboard. He, especially, comes alive and opens up his natural, charming self to the charter guests, which is why Nathan garners the love of the guests every time he sails through the open ocean. However, this habit led Nathan into trouble with his crew members because of differences in team opinions. Yet, from the looks of it, he did manage to remedy his differences while on the mega yacht Mercury.

Since his appearance on the show, Nathan has shot to quite some fame that makes his personal life interesting for the fans. However, he is not used to sharing many details about his personal relationships in the public sphere. Although ‘Below Deck Adventure’ fans saw some spark develop between him and fellow crew member Kasie Faddah, they just seem to be good friends as there isn’t proven evidence to support the argument.

On the other hand, Nathan, in fact, seems to be dating fellow yoga enthusiast Alina Kempf. The two look like they are in love and have also been on lovely vacations together to places like Mexico. From what we can tell, they often drop sweet and loving comments on each other’s pictures on social media, with Nathan particularly referring to Alina as “my queen.” Thus, unless either of the two confirms otherwise, they seem to be in a relationship. Whatever the case, we would only wish that Alina and Nathan are always surrounded by love and success in the future ahead.

Read More: Below Deck Adventure’s Lewis Lupton: Everything We Know