10 Movies So Bad That They Are Good 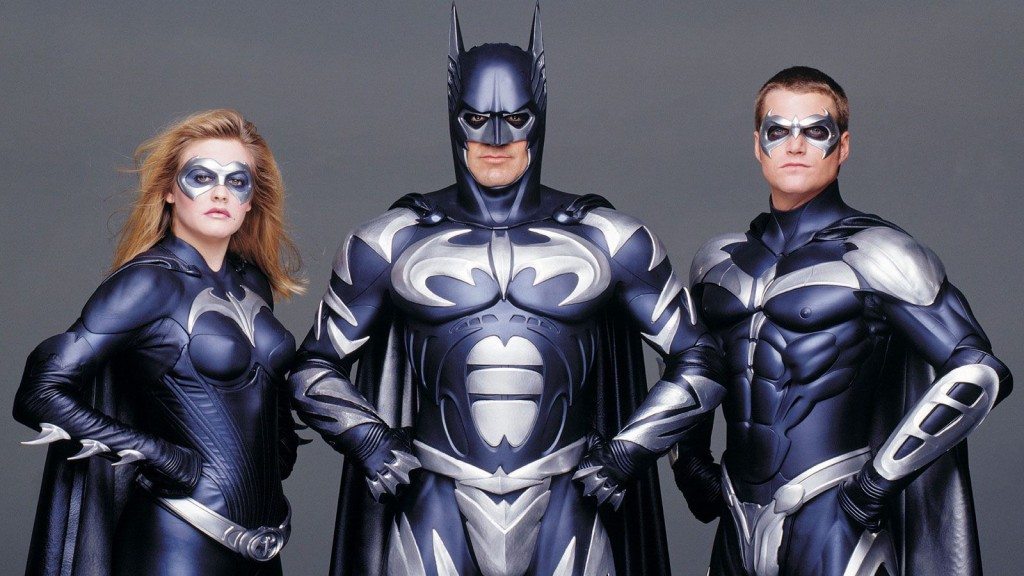 Occasionally, I consider the realm of cinema as something right out of the intriguing Greek Mythology. There’s Mount Olympus with all the beautiful classics like ‘The Godfather’, ‘To Kill A Mockingbird’ or ‘Taxi Driver’. A prestigious Hall of the Gods residing monumental pieces from Welles, Kubrick, Kurosawa, Tarkovsky and Bergman, gracing Olympus. Then there’s the normal modern world with a wide variety of great movies ranging from ‘Mulholland Drive’ to ‘Amores Perros’ and from ‘Spirited Away’ to ‘Zodiac’, sublimely molding their respective genres into a pedestal for the art. Beneath it is the Underworld lurking with movies that are bad and are developed to cater to ignorance. These movies usually torture the art in packs of 4 or more like ‘The Fast and Furious’ series, ‘Transformers’ series, ‘Hunger Games’ and countless others.

Unfortunately, it doesn’t end here, for the superlative of bad is worst and that is exactly what rots in Tartarus, an endless chasm of nothing but the worst movies ever made. Movies, so destructive, they not only wreak havoc on cinema but your cognitive and intellectual abilities. But audiences over the course of time have developed an interest in these movies as a means of something to seek guilty pleasure from, creating a category called ‘so bad,they’re good’ films. These movies are regarded as funny, contrary to their purpose, and are still a better choice over submitting yourself to ugly TV shows. Here is the list of top movies so bad that they’re good. You can watch some of these so-bad-they-are-good movies on Netflix, Hulu, or Amazon Prime. 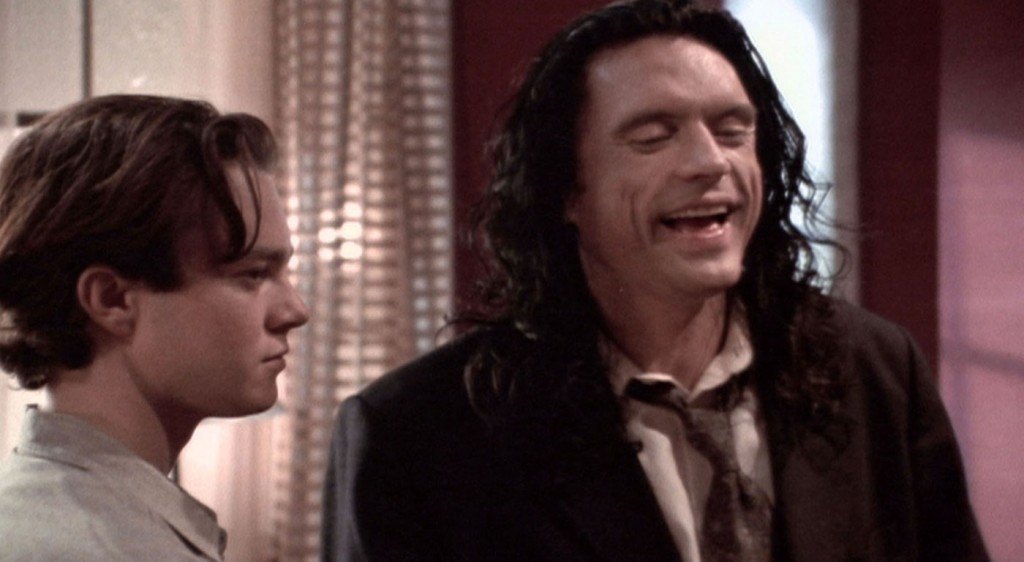 ‘The Room’ is the Kronos of bad movies. Calling it the best worst movie ever made is an understatement to its vicious qualities. It’s derisively hilarious and may have passed on to be a great comedy, only if it was a comedy though. Tommy Wiseau, now a cult hero, directed this romantic drama on a budget of $6 million, which is enormous for a B grade feature. One of the most quotable films of all time, not because of its comical dialogues but the precise random timings that bear minimal relevance to the situation and are merely added to show the spectrum of emotions Wiseau is capable of expressing. Such is its impact, it has overshadowed the great James Dean’s famous words “You are tearing me apart” with its own version, which is not a mere hyperbole, but actually does tear you apart with its groundbreaking inadequacies. This one’s my personal favorite on the list and its a travesty if you miss out on it. 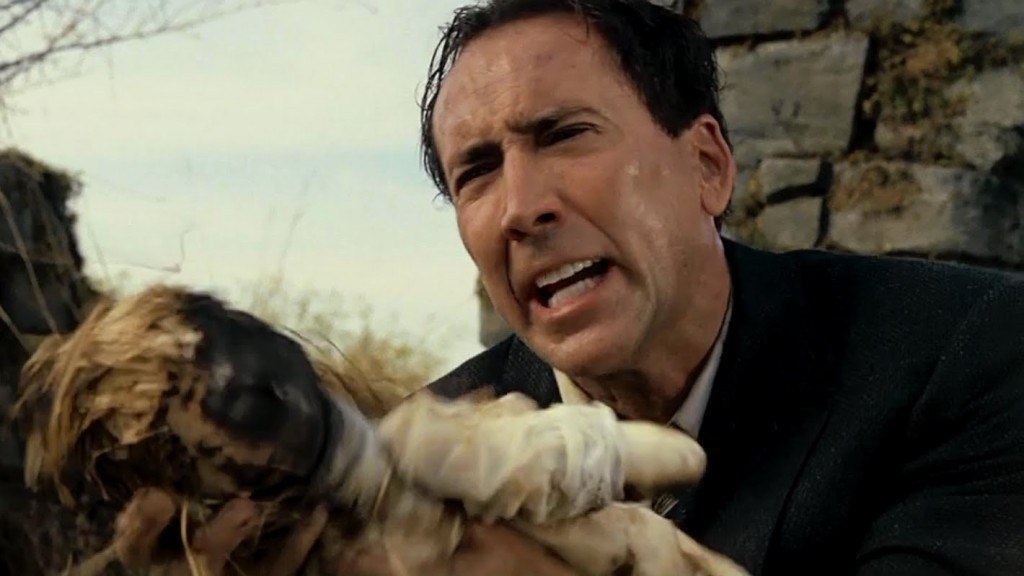 Nicholas Cage. An Academy and Golden Globe Award winner with a star on The Hollywood Walk of Fame. Sounds great? Not really. From being one of the most popular actors in the 90s, mainly due to his eccentric and comical over-acted performances to being one of the most disliked actors today because of the same worn-out performances that feel like a self mockery, Cage is a hazy image of himself now. His decline is brilliantly exposed in this terrible unintentional farcical remake of the cult classic ‘The Wicker Man’.

The remake is so terrible, you do start having miserable thoughts about the future of the industry and the legacy it’s going to leave behind for the future generations. The most disturbing scene in the movie has the audience rooting for the consequences to follow, an escape route from the misery the movie puts you in. It works as a dark comedy only when you place yourself in Cage’s shoes and interpret the pagan as the crew of the film. 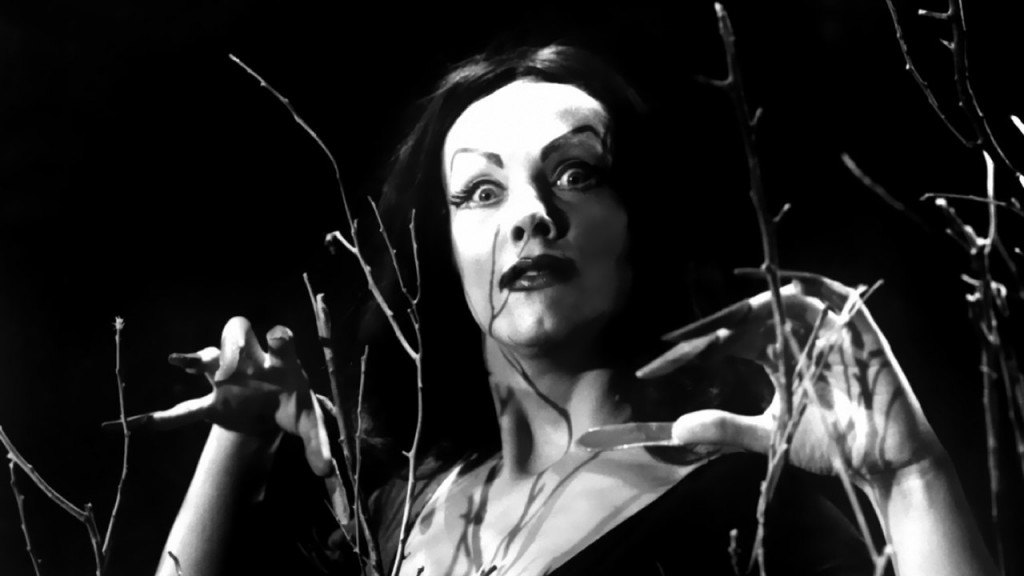 Ed Wood. He was a lot of things, and unfortunately nothing at the same time. Perhaps, the only notable thing about his life was Tim Burton’s biopic ‘Ed Wood’, starring Johnny Depp in arguably his best performance to date. He was known for his extremely campy sexploitation and horror movies, and one movie that stands out is ‘Plan 9 From Outer Space’.

Plan 9 From Outer Space is a stupendous achievement in B grade flicks. Seriously. Though it is overloaded with awful visual effects, severely impoverished performances, recycled footage and a senseless script, it’s still a bloody great sci-fi comedy with gothic horror and brilliant themes that were executed horribly by Wood’s anti-genius. It was one of the earliest movies to involve the resurrected dead as ghouls, an earlier version of the popularized zombie sub genre. It has gained a massive cult following since then and has had an considerable rise in ratings. 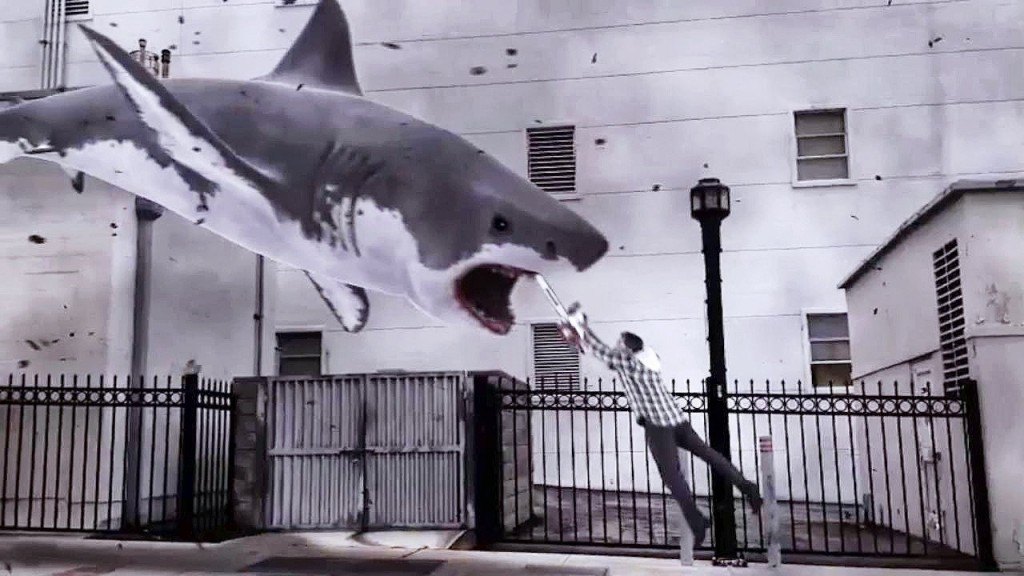 It’s a television movie that basically sums up like this : a waterspout lifts sharks from the ocean and throws them into Los Angeles. The groovy title suggests about a tornado of sharks, and you already have a preconceived idea about its campiness. But this is exactly what the creators had in mind, and ‘Sharknado’ is a trendsetter in the ‘so bad, they’re good’ movie sub-genre. Sharknado succeeds in changing the human nature to an extent, your fear of sharks does increase but because of how bad the movie is. Next time you see a shark, the first thing your brain reminds you of will be how tormenting it would be to end up in a real life Sharknado situation. You can escape Tartarus, but you can never escape this. Do not forget to catch ‘Sharknado 5’ this year! 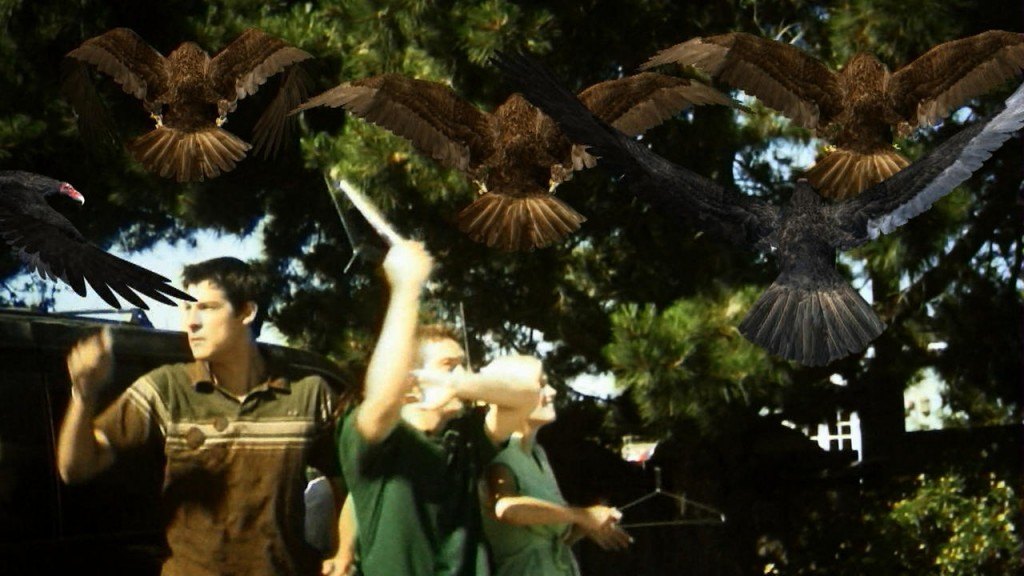 What happens when you blatantly rip-off a great thriller from the Master of Suspense? The shambolic ‘Birdemic : Shock and Terror’! James Nguyen made this gut-wrenchingly bad rip-off of ‘The Birds’ by Alfred Hitchcock and thus cemented his place in Tartarus. A remake is usually considered a sin in the industry and there are only a handful that prove this false judgement otherwise.

Birdemic is so poorly executed with a non experienced cast and graphics that take pride in sticking to Hitchcock’s 60s representation, with the birds posing an unnecessary mutation threat completely destroying the message of human intervention in The Birds. There were no surprises when it got a sequel, highlighting how such a travesty gets a cult following in today’s world, which in turn says a lot about movie cults that are degrading day by day. 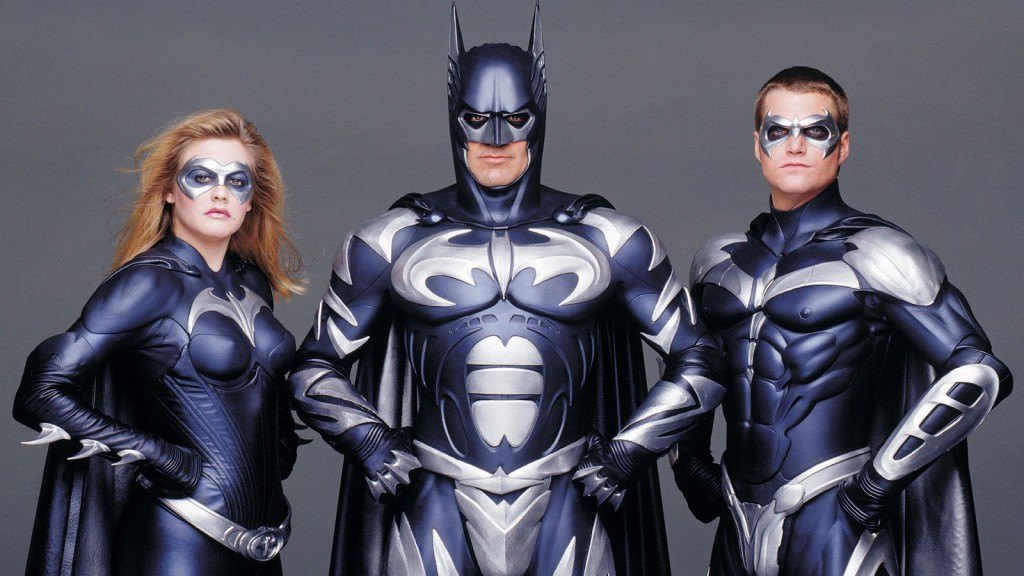 Before George Clooney sported the sand and pepper or became the first person to get nominated for an Academy Award in 6 different categories, he appeared in this blunderbuss of a film, ‘Batman and Robin’. Now, I’ve dropped ‘Catwoman’ because its just plain awful compared to this and provides a negative quotient of entertainment.

From the icy expressionless Arnold with surprisingly bad one liners (contrary to his kickass ones) to Clooney in a designer batsuit with protruding nipples or the huge plot holes with characters generating a fetish for idiocracy to gadgets that would make Ed Wood proud, everything about the movie reeks of C-grade action flick (if that exists). Though it’s equivalent to visual castration for comic book fans, you cannot deny the fact that it makes up for a laughter riot with a group of friends! 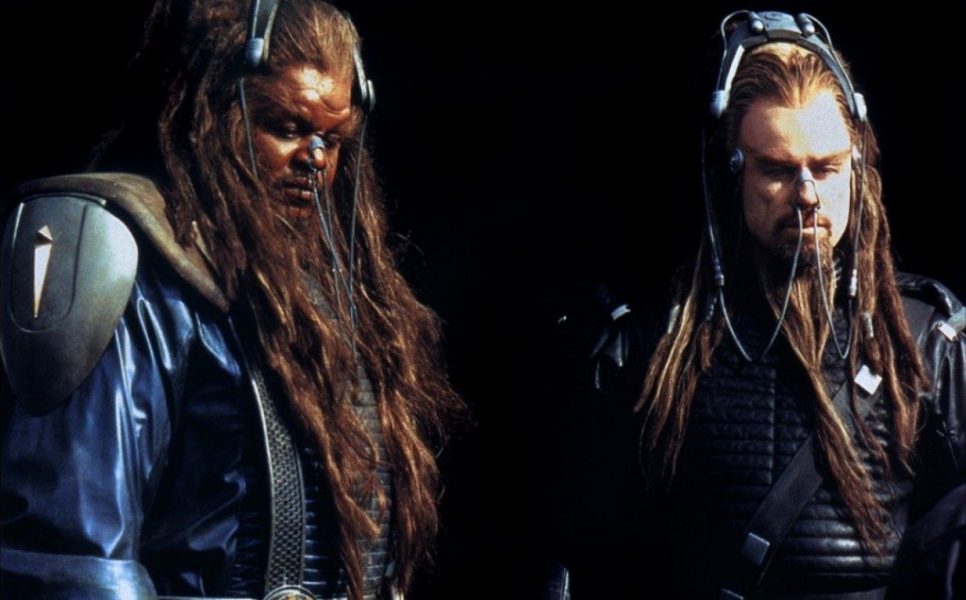 ‘Battlefield Earth’ is the worst movie made this century. Its appalling how it managed to sneak a 3% rating on Rotten Tomatoes. Disregarding its record 8 Razzies or its Worst Picture of the Decade title, let’s focus on the absolutely worthless pile of clusterf*ck it is. From abysmal performances to an amateurish script (reflective of the Church of Scientology and its beliefs) to visuals right out of a 70s B grade flick to ear splitting dialogues, Battlefield Earth feels like a movie that was made for people who have never witnessed moving frames on the big screen. The most shocking part about this was John Travolta’s decision to help make this and act in it, six years after his career elevated to new heights after ‘Pulp Fiction’. The movie contains no elements of dark comedy, but its existence is, making a mockery out of people’s beliefs and the lengths they can go to, including the educated and talented ones. 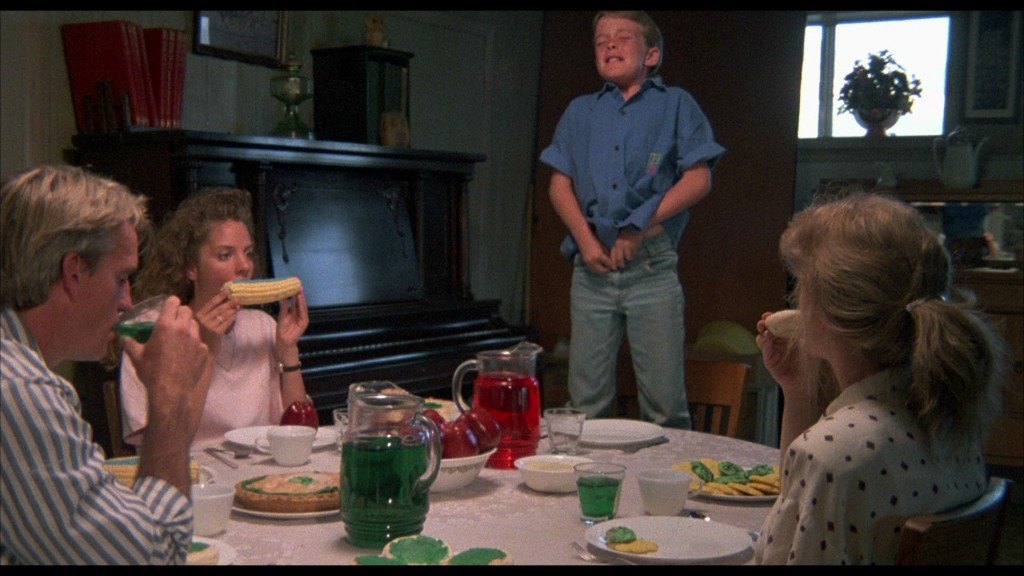 Ask the older generation what they think the worst ever made is and they’ll probably reply ‘Troll 2’. There was a time when ‘Evil Dead 2’ initiated a wave of absurd horror movies with humor so forced, it shattered into microscopic amounts and all you could feel was the essence of the force and that’s it. Troll 2 doesn’t really do that, even though its mistaken to have similar motives. Troll 2 wants to send shiver down your spine with terrifying vegetarian goblins who turn their victims into plants, to devour them. Probably the creators of the movie never attended a Halloween party to differentiate between children who dress up as creatures and professional make up design, as you can see in the image above. The events that took place during production are surprisingly more interesting than the movie, with communication problems between the Italian crew and American cast and other bizarre claims involving an actor to be a mental patient who was high on marijuana while shooting. Remarkable indeed!

9. Star Wars : Attack of the Clones 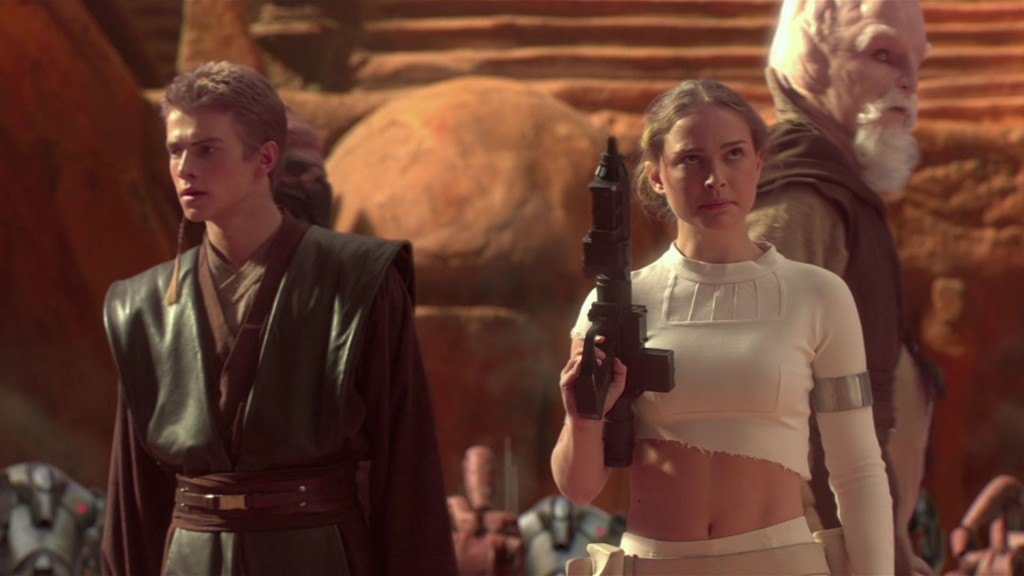 George Lucas is the personification of God. He gave birth to the best sci-fi/action franchise the world has ever witnessed and then inexplicably destroyed it. After a 22 year long gap, he returned to direct the catastrophic ‘Star Wars’ prequels. Though ‘Phantom Menace’ was the worst of the lot, it was primarily because of its motive to build a foundation for the other two films.

Attack of the clones on the other hand is a movie that belongs in the 50s sci-fis with excessive use of cartoonish CGI, hilarious dialogue writing (even ‘Twilight’ did better), melodramatic characterization with no sense of drama at all, absurd addition of Count Dooku and a battle sequence that looks less gritty than the one between King Arthur and the Black Knight, primarily exposing Lucas’s inabilities as a writer. From creating one of the most intelligent movies in ‘THX 1138’ to ‘Attack of the Clones’, Lucas’s tale as a filmmaker is a sorry one, despite his creative prowess. He did manage to salvage something out of the trilogy in ‘Revenge of the Sith’, but the damage had already been done by then. 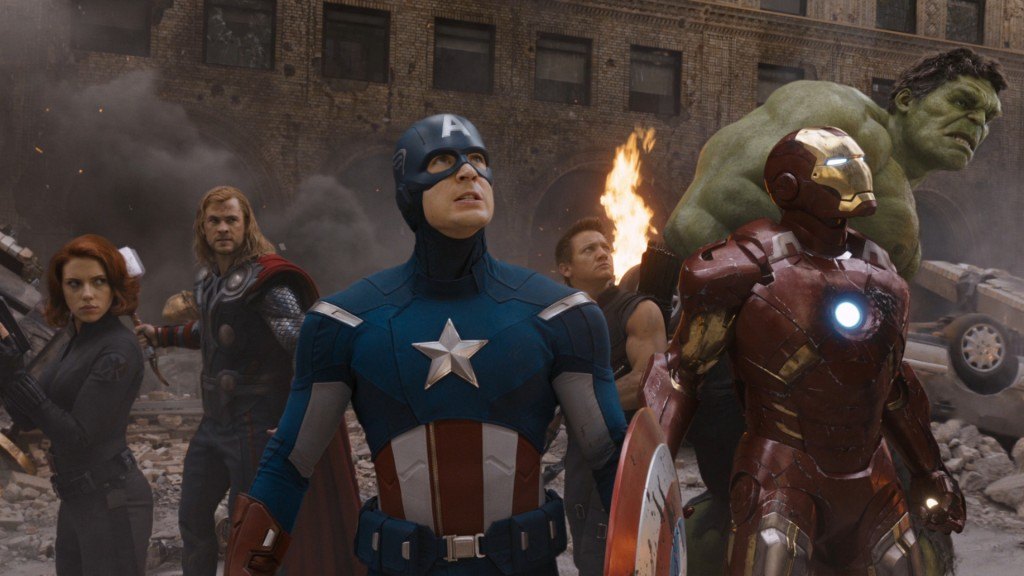 A movie that is as bad as any movie on this list. The sole reason for its existence being the Battle of CGI vs Spandex at the end which would have faltered if not for the ex machina plot device. I personally loathe the movie, and it wouldn’t have made my list if it wasn’t for the general consensus in favor of its cheap thrills. Everything about the movie is an embodiment of the word cliché, which is multiplied by factors like amateurish characterization and silly mass appeasing one liners.’The Avengers’ is not even a good comic book movie and has unfortunately given a 180 degree turn to the superhero sub genre after Nolan’s ‘Dark Knight’ trilogy. It’s an in your face gimmick, that adds nothing valuable but instead ends up deducting your most valuable possession – time. Despite all the innumerable faults and godly mediocrity, it’s still a fun watch for most.