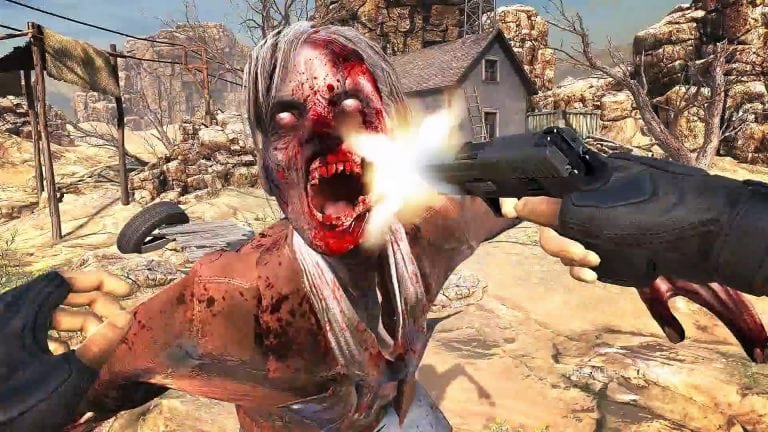 Virtual reality (VR) was once thought of as a mere fad for gamers all over the world. Interestingly, how VR began has nothing much to do with gaming at all. French playwright and proponent of the ‘Theatre of Cruelty’ Antonin Artaud first postulated the notion that illusion didn’t always have to be removed from the daily reality of our lives. This proved to be the core idea that would form VR’s primary elements in the coming decades. Morton Heiig’s ‘Experience Theatre’ brought to fruition through the ‘Sensorama’ in the 1950s was the first instrument to engage all the human senses in a quasi-realistic manner. Virtual settings were being increasingly depicted more realistically, and the predecessors to contemporary VR techniques would culminate in the work of Ivan Sutherland, Douglas Engelbart, and Bob Sproull.

As the years went by, VR technology was used more and more in simulating flights, aeronautics, and even Mattel’s ‘Power Glove’ made use of the technology to general delight but commercial irrelevance. Atari was one of the first major gaming companies to attempt ushering in VR in the gaming world. VR’s recent prominence in gaming was kick-started by Facebook’s acquisition of Oculus Rift VR for $2 billion in March 2014. In the same month, Sony declared ‘Project Morpheus’, a VR initiative that we would later come to know as PlayStation VR.

Now, VR represents a legitimate form of alternative video gaming, and is a sign of a true technological leap in a long time.Without further ado, here is the list of top VR games ever. Many of these are Android or Online games. 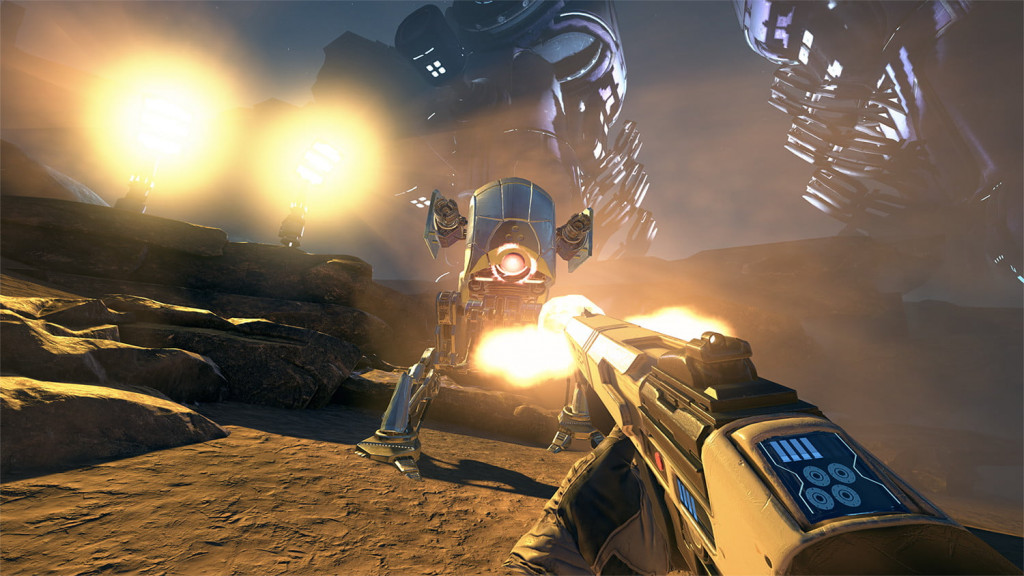 Two scientists open up a portal to god knows where, and suddenly find themselves in an alien world, shooting at unfriendly aliens and robots with their trusty hi-tech weaponry. ‘Farpoint’ combines a fairly simple but effective premise with top-notch production values to deliver a breathtaking VR experience. The use of the PlayStation VR Aim Controller deserves special mention for feeling like a natural extension of the shooting in the game. 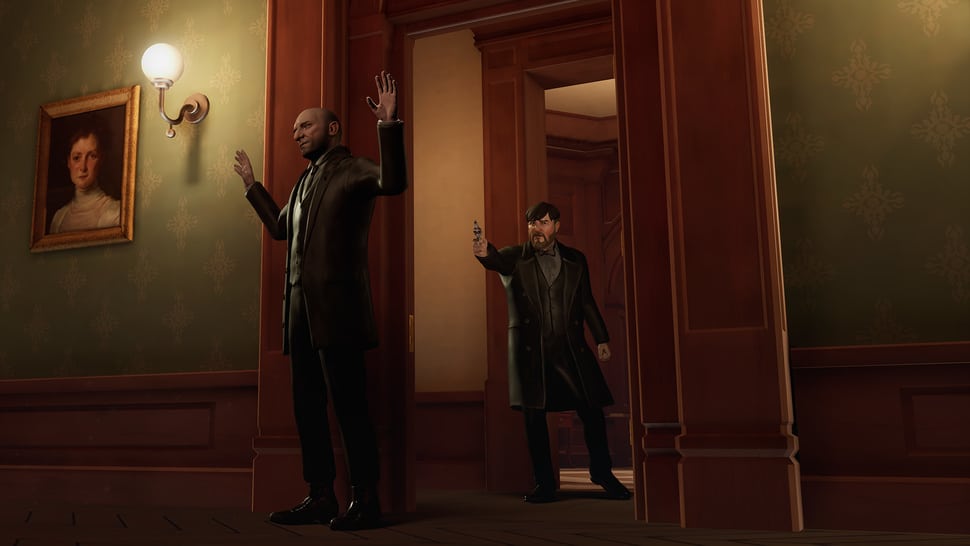 Nikola Tesla ranks among the greatest of inventors whose life was marred by a lack of recognition and endless conspiracy. Developer Tequila Works’ ‘The Invisible Hours’ is a unique take on the master innovator’s death, where players need to be in the right place at the right time. The game is set in Tesla’s secluded mansion, where players need to observe the actions of seven suspects in the murder of Tesla. They can rewind and forward time as they please from any corner of the place, in order to piece together the events of the evening as they transpired, in order to solve the mystery. The VR makes us believe how we are a real element in the game, but quite insignificant in its proceedings, imparting a unique sense of presence. 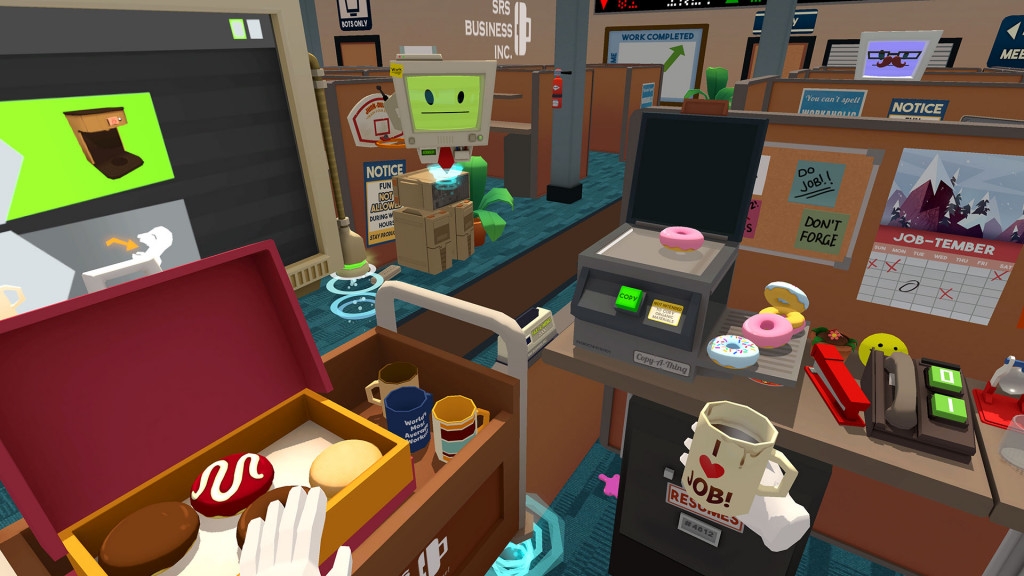 It isn’t everyday when we get a genuinely hilarious and fun-to-play video game on the drudgery of office life. In the current economy, where people get increasingly disillusioned with the prevalent work culture, a game like ‘Job Simulator’ is a surprising but very welcome breath of fresh air. The gameplay mechanics are heightened in VR to rip-roaring effect, with players mimicking robots and workers. The objective is to finish a sequence of orders that become increasingly difficult as the players progress through levels. We can be clever about how we combine the tools around us to complete these tasks, or we can just throw things around. Either way, this is a terrific VR game that doubles up as delightful, light-hearted satire on the evils of modern capitalism. 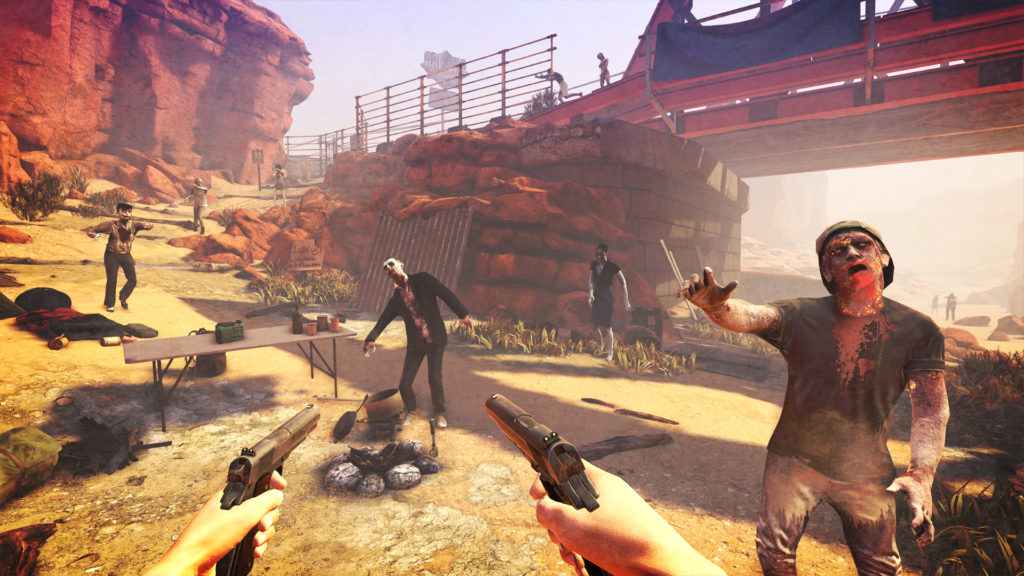 Zombies have been an integral part of video game culture for a long time. With ‘Arizona Sunshine’, the trope is taken to a whole new level of realism. Players are taken to a gorgeous post-apocalyptic desert town where the weapons are notoriously, but realistically, inaccurate, and the flesh-eating enemies, persistent. The emphasis is placed squarely on action and players will have a blast playing this. 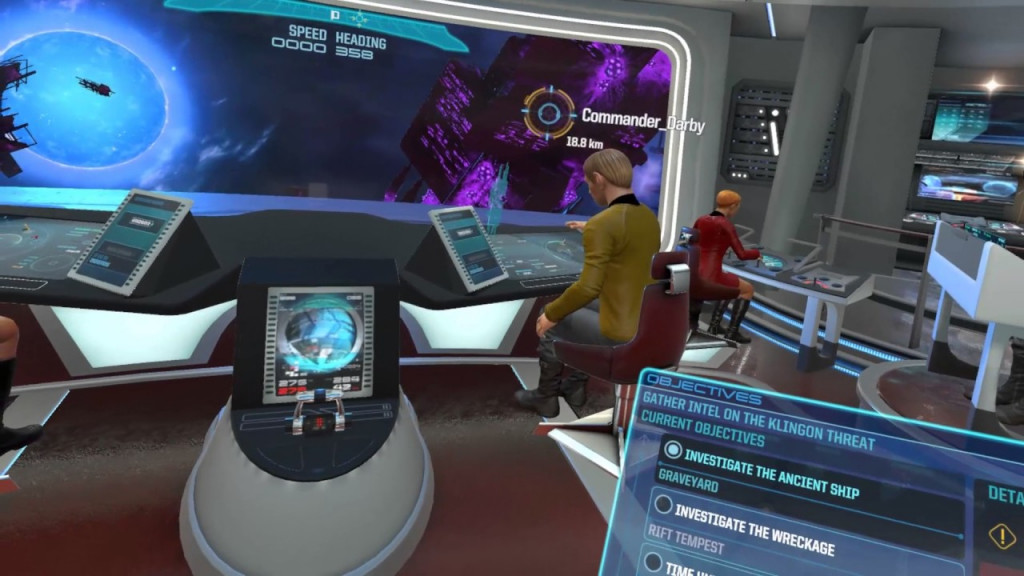 Multiplayer and co-op games are all the craze right now, so it does seem strange that VR doesn’t have too many great multiplayer games. However, in ‘Star Trek: Bridge Crew’, players get a stellar multiplayer experience, with the thrill of protecting the Enterprise in every mission at a high, and the gameplay mechanics astute in full virtual reality. The game is a must-buy not just for fans of the famous science fiction show, but for those willing to try out a genuinely great cooperative experience. 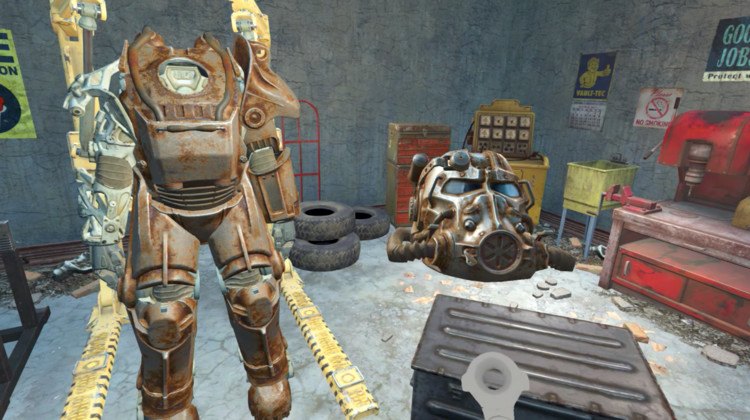 When Bethesda’s ‘Fallout 4’ came out in 2015, it was lauded for its open world and camp building mechanics, along with its ruthless monsters that roamed its gorgeous, post-apocalyptic wasteland. ‘Fallout 4 VR’ is a brilliant effort to port over such a massive game in its entirety to VR. There were a few bugs at launch, but the open world ensures players will never have enough of exploring the world as if they are right in it. Its also a full-length game, meaning that players will keep coming back to it, unlike most other VR games. 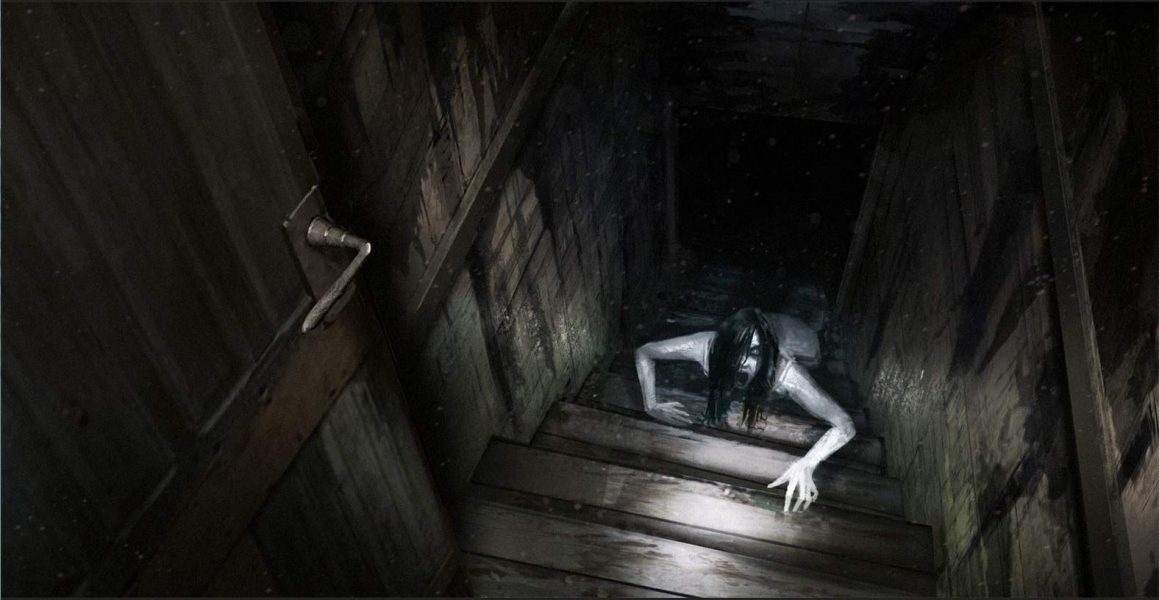 It is always refreshing to see a genuine AAA game being completely playable in VR. ‘Resident Evil 7’ takes the best elements of the long-running series to be a genuinely effective horror game. However, a few things change once this is played in VR. One, the game isn’t as graphically detailed as in the normal mode, since VR is, of course, graphics-intensive. Two, this loss of graphical detail doesn’t really matter. Because what is loses in graphical textures, it more than makes up for it through its absolutely scary and terrifying atmosphere. The fear is real, resulting from the game’s masterful sense of setting as well as the slight queasiness from playing it in VR. If spine-tingling horror is what you are looking for, ‘Resident Evil 7’ in VR is certainly the way to go. 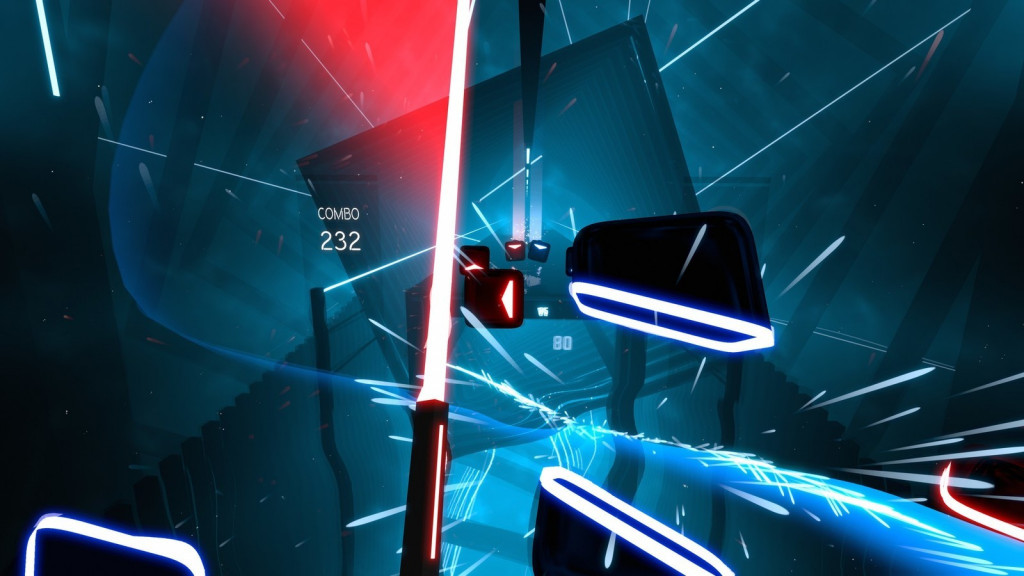 Ever wondered how it would feel to have a lightsaber in your hands and create pulsating music as you swish it around? ‘Beat Saber’ allows you just that, and in the process, becomes one of the best, if not the best, rhythm games on the VR medium. Every beat, every swing is felt as the game’s fundamental but effective approach leaves one feeling like a musical maestro. With two lightsabers in hand, players need to slash the oncoming notes with perfect timing and avoid obstacles to fulfill the song. With more songs and updates on the way, ‘Beat Saber’ looks set to be a truly enjoyable game in an underrated genre. 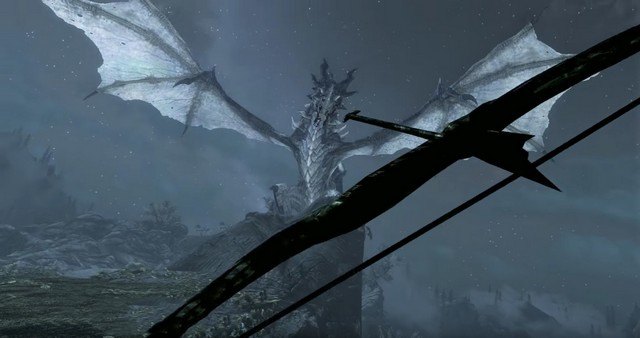 ‘Skyrim’ has been long known as one of the very best video games that the previous generation has had to offer. This is mainly due to its intricate plot, the well-drawn characters, and the open world RPG mechanics, and they have stood the test of time admirably. The VR version of this massive game incorporates new control mechanics and movement options, so swinging your sword to attack oncoming enemies still feels great, albeit in a completely new way. This represents a great instance of a conventional game being ported over to VR pretty seamlessly, so players hoping for a new twist on this veritable classic should definitely pick it up as soon as they can. 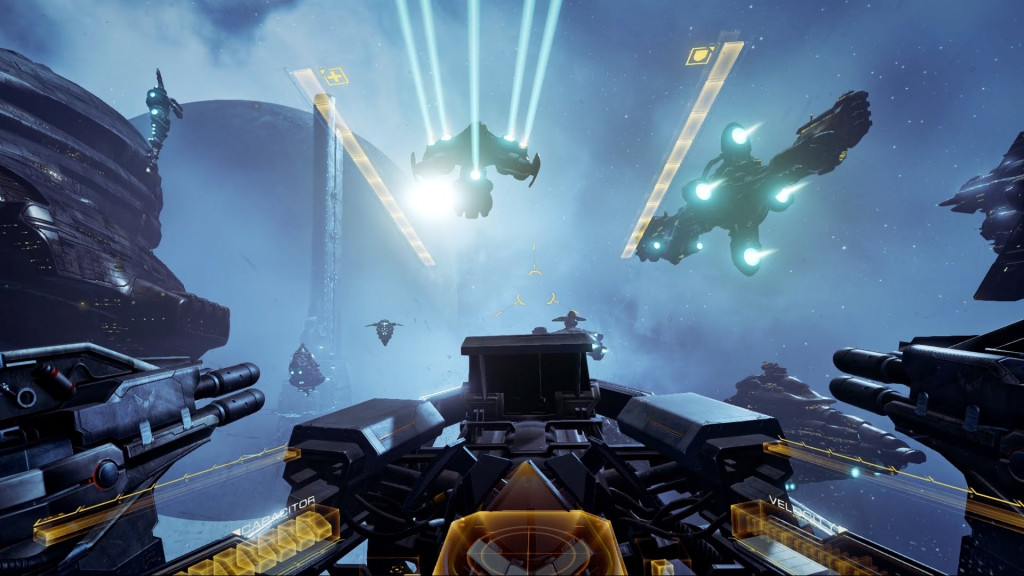 One of the first game to have been released on the VR platform, and also among the few to have been built with VR kept in mind, EVE: Valkyrie is the virtual reality gateway to the EVE: Online universe. The game is a terrific space shooter with stunning visuals, lifelike physics, and great enemy AI. It offers multiplayer modes, such as dogfights, and there is plenty of content to be unlocked as the levels are passed. These include new ships as well as items that can be deployed to gain an advantage on the space battlefield. For experiencing how barrel rolls and loop-the-loops feel in space, players need go no further. 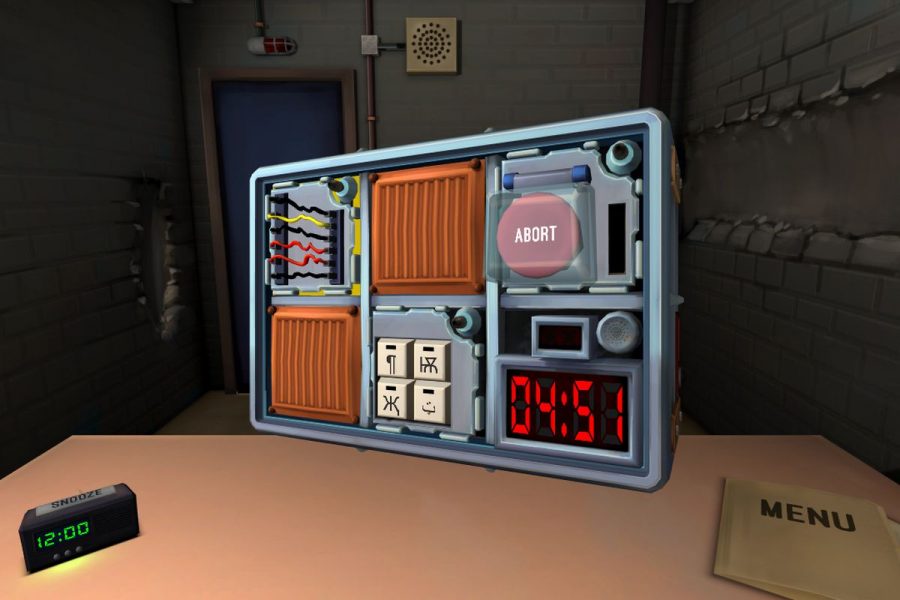 Right at the outset, this brilliant VR game defies description through its very title. It is exactly as its name suggests, and the result is a great party game. Only one player needs to wear a VR headset, while the others have to deal with a ridiculously complex bomb defusing manual. The instructions need to be conveyed clearly to the headset-wearer who then needs to defuse the bomb before them before time runs out. A simple formula taken to dizzying heights. 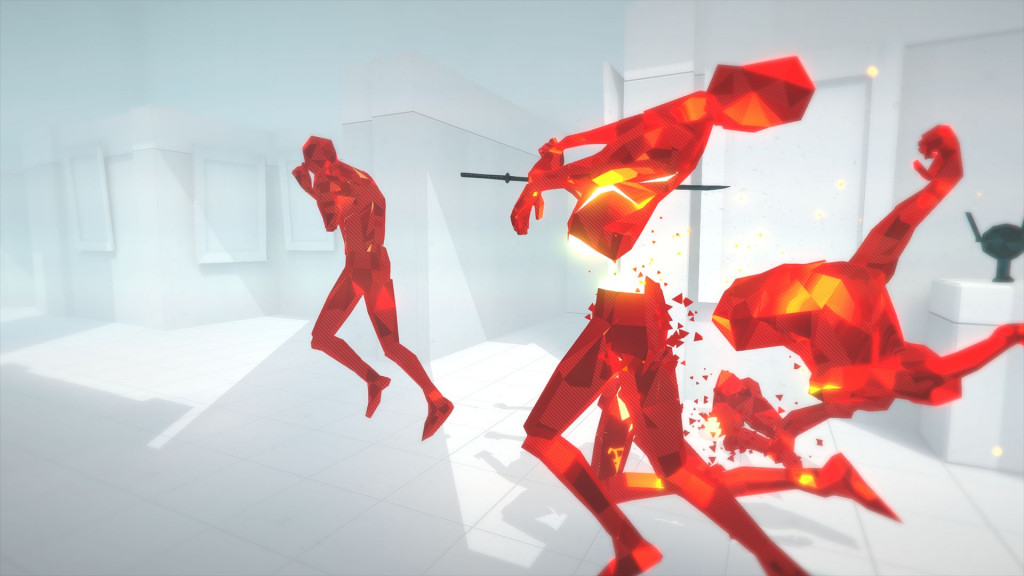 You have heard of time moving in slow motion. Imagine a gliding figure ripping through the air slowly, deliberately as every bullet is dodged, every enemy is seen, and every second feels like ten years. ‘Superhot’ takes this up a notch. This is the game where, as they themselves put it succinctly, time moves only when you do.

As a VR game, ‘Superhot’ benefits from the intimate physical association of the player. Its excellent plot becomes more meaningful and worthy of personal investment, and its shooting and action mechanics have their own character. Much of the game feels like a puzzle game too, given how players need to manoeuvre themselves through their opponents’ oncoming bullets and other projectiles. The end result is a brilliant avenue of gory, stylistic experimentation that VR gamers should dive into without the slightest hesitation.