‘Billions’ suddenly peaks in terms of high-octane drama in the fourth episode of the sixth season, titled ‘Burn Rate.’ The conflict between Mike Prince (Corey Stoll) and Chuck Rhoades, Jr. (Paul Giamatti) escalates as Prince actively recruits the right people for the 2028 Olympics. Among them is Kate Sacker (Condola Rashād), Chuck’s most trusted lieutenant. The Olympic committee sends a delegation, and Wags and Scooter find ways to keep them happy. Here is everything you need to know about the ending of ‘Billions’ season 6 episode 4. SPOILERS AHEAD.

The episode begins as Kate tells her boss that she has been approached with a job offer. Chuck decides to use this information to his advantage and tells Kate to find out everything she can. The narrative then shifts two days earlier. With VR technology, Prince shows the grandness of his vision to the state governor. However, Chuck’s rousing speech has turned the city against the Olympics. Prince and his team realize that they need an exceptional lawyer to represent the Games. They need someone who understands how the local bureaucracy and legal system work. Kate fits all these criteria and more, so she inevitably gets the offer.

As the public opinion is drastically against building a new stadium, Taylor comes up with an idea to appease the population of the five boroughs of New York. Apparently, there is a company called People of the World, which uses blockchain to siphon unused Wi-Fi from existing networks of major telecom companies and then bundle the undetectable access for civilian use. So, they can offer New York free public internet as a goodwill gesture pre-Olympics. During the game, it can be used by athletes and tourists. Moreover, Taylor wants to set it up in such a way that every time someone in New York uses it, someone in Sub-Saharan Africa gets the same allotment of Wi-Fi. Clearly impressed. Prince tells her to proceed with the idea.

Meanwhile, realizing that Prince is setting up his proverbial chess pieces for his ambitious project, Chuck decides to fight him at every step of the way. He reaches out to the governor, who basically tells him that he will keep himself out of the fray until there is a clear winner between Chuck and Prince. Chuck also speaks with the big telecoms and lets them know about Prince’s plan.

As problems regarding New York’s bid for the Olympics continue to come forward, Prince and his team realize that they need a good lawyer and eventually zero in on Kate. She has been trained by none other than Chuck himself. She will know how to deal with every possible issue and regulatory nightmare they might face as they get closer to the game. As Chuck’s protégé, she knows all his possible tactics and can potentially be a very dangerous opponent for the crusading New York Attorney General.

Prince convinces Wendy to reach out to Kate on his behalf. Wendy was previously caught in the war between her former husband and Bobby Axelrod, and she understandably doesn’t want to repeat that with her new boss. But she realizes that she can ask for anything if she can accomplish this for Prince and speaks with Kate. For a long time, Kate has been ready to venture out on her own, but she kept serving Chuck loyally. In this episode, she finally decides to take that independent step. Kate is ambitious. You have to be when you are in a position of power. 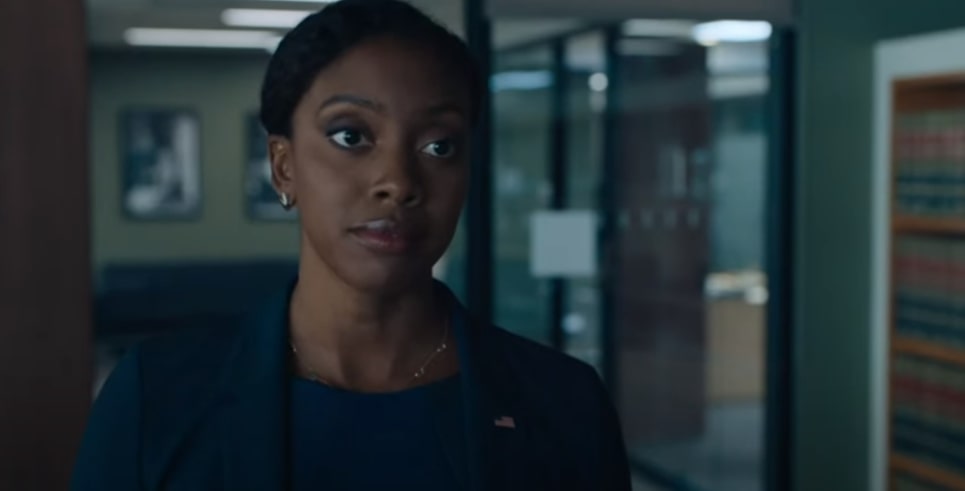 While working for Chuck has been a learning experience for her, it had to end at some point. The problem is that her boss doesn’t want to let her go. So, ultimately, she has to make that choice herself. And Prince provides her with the perfect opportunity by making her the lawyer for the 2028 New York Olympics. Prince is not Axelrod. While he loves to make money as much as Bobby, there is no murkiness about his personality. He seems to have this incredible ability to inspire people. When he comes to speak to Kate that one evening, he shows her that he genuinely wants her to be his peer.

Unlike Chuck, he will not hinder her growth, and they will grow together. To prove his point, he agrees to support her Congressional bid. That, along with the fact he appreciates her previous loyalty toward Chuck, convinces Kate to accept his offer.

Read More: Who Is Todd Krakow in Billions?