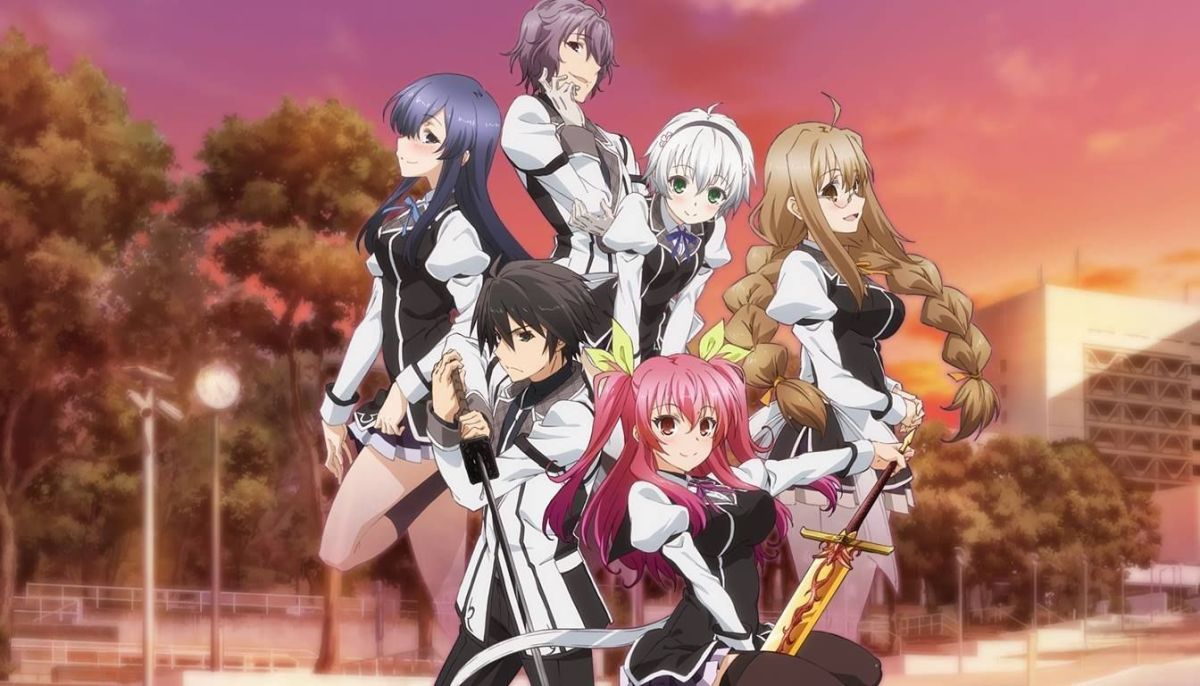 ‘Chivalry of a Failed Knight’ takes on 3 major genres at once — action, fantasy and ecchi romance. While this may be common for many anime, juggling the right balance between the three is no easy task. But this anime does it really well and combines all of it with some hilarious moments. The plot of ‘Chivalry of a Failed Knight’ may not exactly be a major sell-out but the one thing that makes it a great anime is its character development. More often than not, people get caught up with their first impressions about a particular anime, which in this case has mostly been true. Most negative reviews about the anime come from people who either gave up on it too soon or were too stubborn to change the opinion they had initially formed about it. Others who actually enjoyed the show could understand and even relate to its characters.

Most criticism is directed towards the “cookie-cutter” nature of the anime and while it is quite obvious where this comes from, one should also consider the execution of the same. For me personally, no matter what anyone says, the story of an underdog is always something I look forward to. The outcome is usually known but in the end, how the predictable outcome is executed is what truly matters. Take ‘Megalo Box‘ for example, it’s a typical sports anime and yet it completely changes your perception of the sports drama genre. ‘Chivalry of the Failed Knight’ is quite similar; it focuses on a character who is surrounded by naysayers, but his urge to continue fighting is what inspires us viewers and keeps the show going.

Almost all the characters, which includes the 2nd-tier supporting roles as well, come off as likable and have many unique sides to them. In spite of being a fantasy, the problems faced by each of these characters in their day-to-day lives are very relatable. The chemistry of the characters is also quite impressive and it makes several scenes in the anime memorable. It also involves many “on show jargons”, which do go a little overboard sometimes but are also necessary. The combats are commendable and even the dialogues that are sparked by them, which involve the spectators commenting on what they know about them, add a lot more value and sense.

As of now, ‘Chivalry of a Failed Knight’ is just a 12-episode anime with only one season and once you watch it, it becomes clear that it tries its best to makes the most out of its short span. It does cut corners at times when it comes to the pacing but overall, it proves to be a great starter anime for anyone who is still new to this world.

Chivalry of a Failed Knight Season 2 Release Date: When will it premiere?

Chivalry of a Failed Knight season 1 premiered on October 3, 2015, and ended its run on December 19, 2015, with a total of only 12 episodes. The first season did really well and right after it ended, there were rumors about a new season. Some suggested that a new one will be out by the end of 2017 and others claimed that its production should be completed by November 2018. But it’s mid-2019 now and there are still no updates regarding a new season. Till date, there have been no OVAs or specials, but there is one thing that might get your hopes up if you’re anticipating a new season.

The official websites of Silver Link and Nexus say that a ‘Special‘ will be coming soon. It has been there in the slots for quite some time now but as long as it stays there, there may still be some hope. Our best guess is that Chivalry of a Failed Knight season 2 release date or at least the OVA could fall sometime in 2021, if everything goes well. We will update this section as soon as we hear more.

You can watch ‘Chivalry of a Failed Knight’ season 1 on Amazon Prime, VRV and Crunchyroll with its original Japanese audio and English subtitles.

Chivalry of a Failed Knight Plot:

‘Chivalry of a Failed Knight’ is set in a fantasy world where humans possess some very strange abilities. But not all humans have these abilities and the few who have it are labeled as “blazers”, according to the English Dub. These Blazers are able to summon weapons known as “Devices”, which are representations of their souls. Being a rare species, the best of these Blazers are often compared based on their level of skills in martial arts and magical abilities. Only the ones who make it to the top are respected and are called the Knights.

Protagonist Kurogane Ikki later comes into the picture. He is an ordinary high school student and as the title suggests, he is also a failed Knight with an F-grade for his skills as a Blazer. He is even titled as the worst one because of his useless skill-set and unworthy abilities. One fine day, he meets a half-naked princess named Stella Vermillion and their chance meeting leads to a duel between them. One thing leads to another and somehow, Stella and Vermillion both suddenly find themselves on a path towards the Grand Seven Star Tournament of the Knights. The world’s best Knights compete here to beat the best and earn the recognition they deserve. For Stella and Ikki, this turns out to be more than a dream. But Ikki now has a long way to go to prove that he is a lot more than a worthless Blazer. But for that, he must first rise above the shadow of other people’s negativity that he has been living in and get back his confidence; only then there is some hope for him to reach the top.

Chivalry of a Failed Knight Characters: 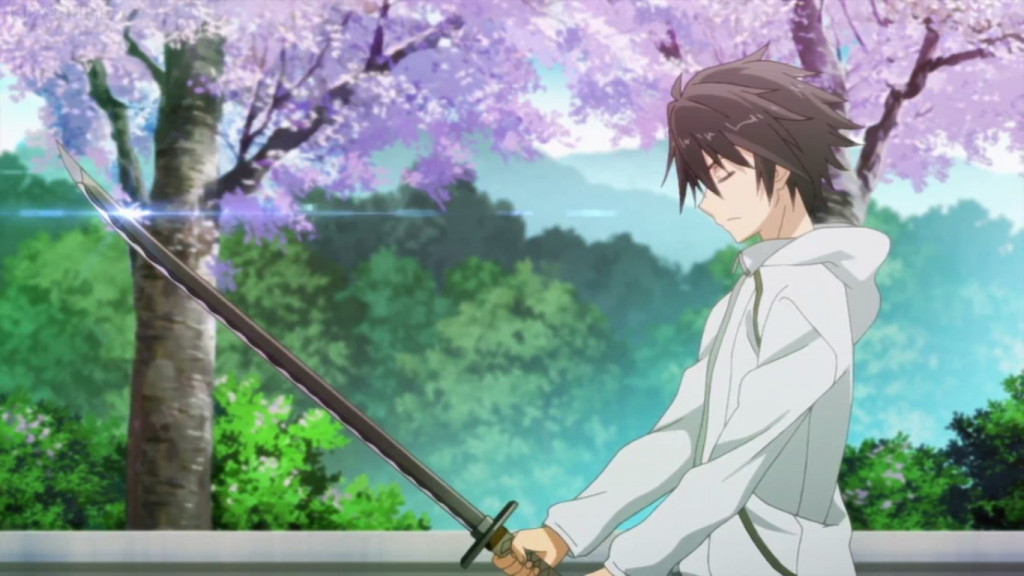 Kurogane Ikki is the main protagonist of the anime. She comes from a family which is held in high regards when it comes to their martial arts and magical skills. But Ikki, since his childhood, is never really able to prove his worth as a descendant of the prestigious royal blood that he holds. Often labeled as the “worst one” because of his constant F-grade as a Blazer, he is often ostracized by his family members. One day, he decides to break loose from the pressures of the so-called reputable image of his family and runs away from home. The only thing from his past that stays with him are the noble words of his Grandfather — who was once a great Blazer — that inspire him to strive for greatness by constantly improving himself and ignoring all the negatives.

Kurogane follows a very intense training routine on a daily basis which allows him to be in great physical shape. He has an average height with dark brown hair that sways down his face and sharp dark eyes. The Device that he uses during battles is called the Intetsu, which takes the shape of a traditional Japanese Katana. Like every other fight, he also has a signature move known as the Itto Shura. This noble art makes him extremely strong and heightens his performance for somewhere close to a minute. But to reach this stage, he has to give up on certain physical abilities and because of the immense physical strain of this move, he is able to use it only once in a day. Ikki aims to prove that he is no F-grade Knight when he finally gets the chance to compete in the Seven Star Tournament. He defies all of his haters and shows them that he is a lot more than an ordinary swordsman but when it comes to girls, he remains clueless throughout. 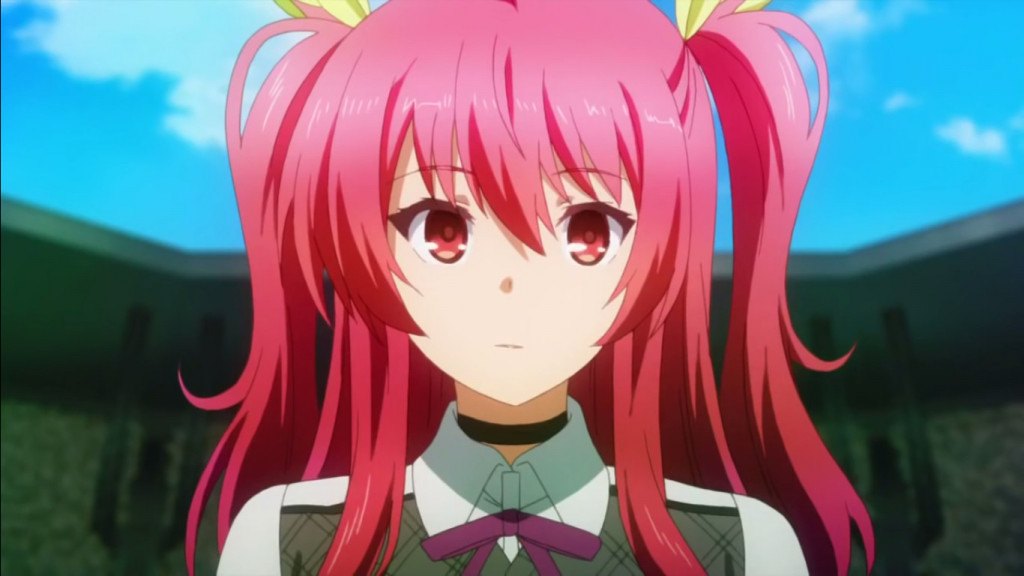 Stella is the second princess of the Vermillion Kingdom and also an A-ranked Blazer, especially known for her ability to magically control fire. Later during the show, she even becomes Kurogane’s major love interest. She used to live in a different country before this, but to prove her skills to the world and also to push herself beyond her limits, she takes a transfer to Japan and enrolls herself for the Seven Star Tournament.

Throughout her childhood, Stella suffered from various injuries and burns while she tried to master her abilities. But she never gave up and with sheer determination, she mastered her art. But those around her, including her family members, believe that her skill-set is solely the outcome of her grooming and no one really gives credit to all the pain that she has gone through to get where she is today. This leaves her feeling ostracized by her family, pretty much like Ikki. Stella’s Device is called Laevateinn, which is a sword that can bust up in fatal flames when she wants it to. Her noble art is named the Katharterio Salamandra that allows her to create a huge firestorm that works in her favor as an offensive and defensive move.