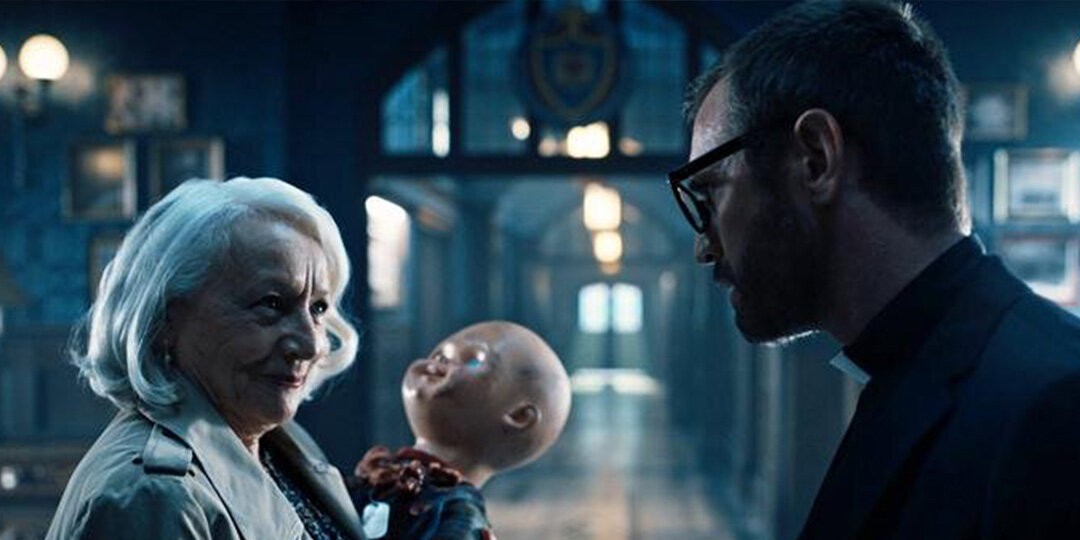 ‘Chucky‘ season 2 races to its endgame in the penultimate episode titled ‘Goin’ to the Chapel.’ The episode sees Andy Barclay reuniting with Kyle while Chucky Prime’s plan reaches its final stage. Nica finally explores the possibility of living without the soul of Charles Lee Ray tormenting her. Jake, Lexy, and Devon struggle with the loss of Nadine. Meanwhile, the group must band together and stop Chucky Prime’s plan. If you are wondering whether the group succeeds in stopping Chucky Prime, here is everything you need to know about the ending of ‘Chucky’ season 2 episode 7! SPOILERS AHEAD!

Episode 7, titled ‘Goin’ to the Chapel,’ opens with various characters, such as Chucky, Nica, Andy, Kyle, and Dr. Mixter, converging at the Incarnate Lord School. Lexy, Jake, and Devon are reeling in from the loss of Nadine. Meanwhile, the group contemplates what to do with the Good Chucky, who caused Nadine’s death. Father Bryce and the other faculty at the school become convinced of the evil residing within the living killer dolls. Dr. Mixter proposes Cuckys Prime’s plan to Kyle. She explains that Chucky’s soul will move from Nica’s body into the doll. Kyle agrees to the deal, and Father Bryce decides to perform the exorcism after taking the confessions of the group.

Father Bryce must first empty the Good Chucky and make it a clean vessel for Chucky Prime to enter. Therefore, he seeks permission from the Vatican to perform this task. Meanwhile, Jake and Devon’s relationship suffers a major blow after Jake realizes his fault. He is consumed with self-guilt but tries making amends with Devon. However, Devon puts their personal issues on hold. Lexy turns to drugs and contemplates an overdose before a vision of Nadine saves her from attempting suicide. Elsewhere, Andy and Kyle plan to take down Chucky once and for all. However, Andy feels overwhelmed by life after destroying his nemesis.

Chucky instructs Glenda to retrieve a knife he buried in the schoolyard years ago. However, Glen is displeased with Chucky’s selfishness, and they decide to disown their parents. Soon, Father Bryce finishes the preparations and commences the exorcism. Chucky starts berating the group and proudly embraces his murderous traits. However, the exorcism forces the shard of Chucky’s soul inside the doll to empty the vessel. Instead, the soul transfers to Father Bryce’s body, instantly killing them both. With the Good Guy doll becoming an empty vessel, Chucky Prime transfers himself from Nica’s body to the doll.

In and around Beverly Hills, Tiffany plans to leave Jennifer Tilly’s body as she is recognized by people and wanted for murder. As a result, Tiffany plans to use the doll holding Jennifer Tilly’s soul as a vessel. However, Glen helps Tilly escape, but she is killed in a road accident. Eventually, Tiffany and Glen arrive at the Incarnate Lord School. However, Nica is hardly pleased to see Jennifer and tries to kill her with a gun. Glen swoops in at the last moment, and the bullet hits them instead of Tiffany. Glenda and Tiffany search for help while Glen nears death from the wound.

Jake’s rage takes over, and he steals the doll before Dr. Mixter can take Chucky away. He tries to drown the doll in holy water. However, he is stopped by Sister Ruth, who has become one of Chucky’s ardent followers. She threatens to kill Lexy, forcing Jake to concede the doll. Glenda intervenes and stabs Sister Ruth with Chucky’s hidden knife. As a result, Dr. Mixter collects the doll and tries to flee. Andy, Kyle, and the rest of the group must stop her before she can escape with Chuky and continue tormenting their lives.

In the episode’s final moments, Dr. Mixter tries to flee with the Good Guy doll containing Chucky Prime’s soul. Andy and Kyle chase after Dr. Mixter. Before the therapist can get into her car and escape into the night, Andy catches up to Dr. Mixter. He holds Chucky at gunpoint and cold-bloodedly shoots the doll. The doll quickly loses its life, implying that Andy has finally feated his arch-nemesis. Andy walks away from the carnage unscathed. However, Chucky’s death is nearly confirmed as there are likely no other Good Guy dolls near Incarnate Lord School. 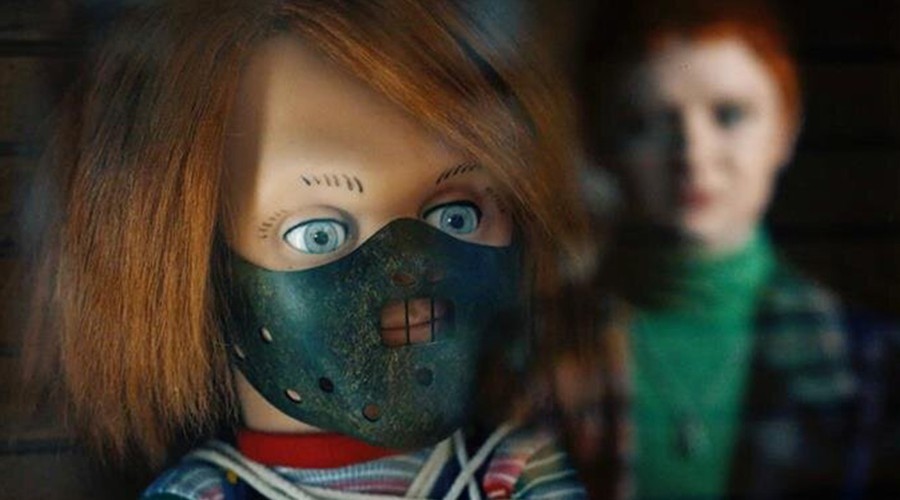 Andy’s actions at the episode’s end contrast with his efforts in the season premiere. Despite driving them off a cliff, Andy fails to kill the Good Guy dolls. However, he fails, leading to Chucky unleashing his reign of terror on the school. Nonetheless, Andy rectifies his mistake and ends his enmity with the serial killing doll once and for all. Andy and Kyle discuss their future, while Jake, Devon, and Lexy also appear hopeful about their lives.

However, Dr. Mixter, who escaped into the night, appears in the final scene. She menacingly laughs in a style that resembles Charles Lee Ray, aka Chucky. Thus, the final scene implies that Chucky’s soul was transferred to Dr. Mixter. As a result, the serial killer is likely still at large and could continue haunting our group in the future. Moreover, with everyone letting their guards down after surviving the dark night, the opportunity is right for Chucky to strike again.