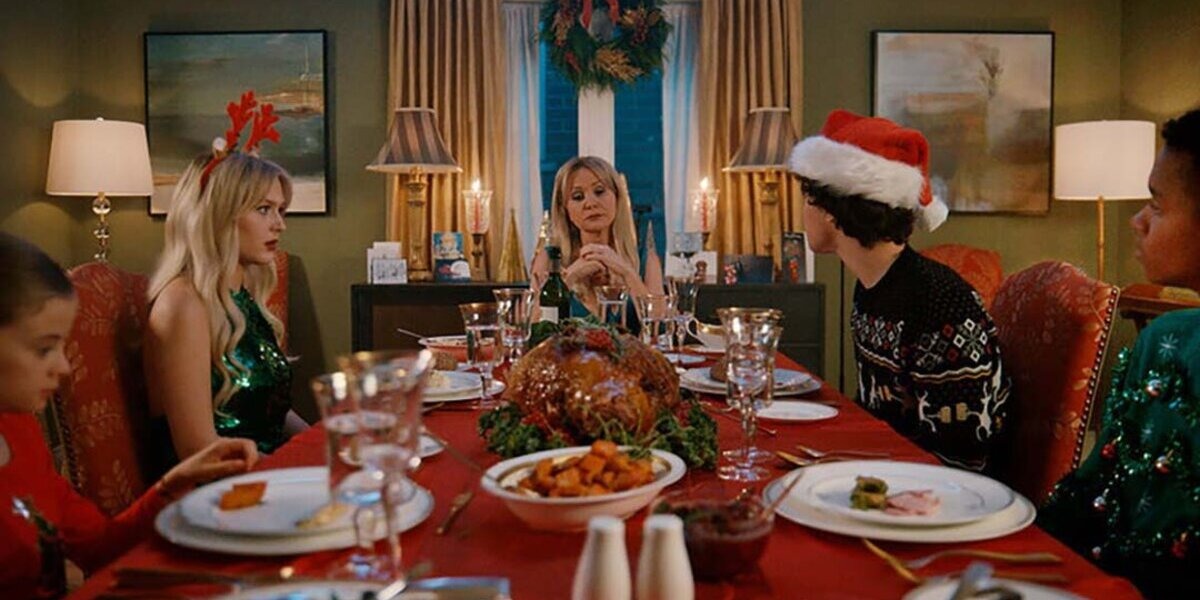 The train of murders in ‘Chucky‘ season 2 comes to a halt in the second season finale of the horror series. The eighth episode, titled ‘Chucky Actually,’ sets out to be a cozy Christmas-themed affair. However, the titular serial killer doll is still at large despite the best efforts of Andy Barclay. As Jake, Lexy, and Devon attempt to bring some normalcy to their lives, Chucky once again starts setting up a plan to torment the teenagers. If you wish to catch up on the episode’s events and ending, here is everything you need to know! SPOILERS AHEAD!

The season finale episode, titled ‘Chucky Actually,’ opens with Jake, Lexy, Devon, and Kyle witnessing the death of Chucky. As the doll bleeds to death, the group wonders if they have finally prevailed. A flashback takes viewers to Charles Lee Ray’s childhood. It is revealed that Dr. Mixter encouraged Chucky’s homicidal tendencies from a young age. However, as the sequence of events shifts to the present, viewers learn that Chucky had exchanged bodies with Dr. Mixter at the last moment. Therefore, Andy did not shoot the notorious serial killer. Instead, he killed Dr. Mixter’s soul, trapped in the Good Guy doll. 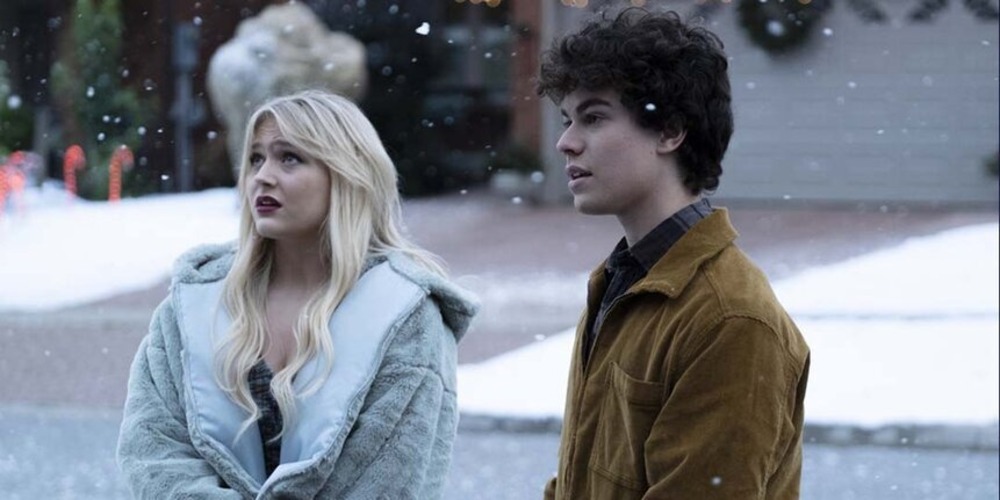 Now in Dr. Mixter’s body, Chucky goes to the latter’s office and retrieves another Good Guy. He finally returns to his favorite doll avatar and prepares to unleash more carnage. Following the murders at the Incarnate Lord School, Jake and Devon are sentenced to community service. On the other hand, Lexy attends meetings to cope with her drug addiction. Soon, it is the holiday season, and Jake and Devon spend Christmas with Lexy and her mother, Mrs. Cross.

Jake continues dealing with the guilt of letting Chucky destroy their lives and kill Nadine. However, Jake and Devon manage to reconcile and resume their relationship. On the other hand, Lexy and Mrs. Cross also manage to mend their relationship and hope for a new start. Elsewhere, Glen, who Nica shot in the previous episode, is comatose. To save Glen’s life, Tiffany suggests transferring Glen and Glenda to the doll they were born with. Glenda agrees, and the twins become conjoined inside the doll, taking the name “GG.” Tiffany ships off GG to England so that the twins can learn more about their supposed heritage. Meanwhile, Chucky arrives at the Cross household determined to take revenge on Jake, Lexy, and Devon.

In the episode, Jake, Lexy, and Devon find a semblance of normalcy after Adny seemingly kills Chucky. The serial killer doll has tormented the duo for the very first episode. Moreover, the trio shares common trauma as Chucky has killed each of their parents. Furthermore, Chucky kills their friend, Nadine, causing more damage to the group’s already delicate psychological state. Therefore, the trio wonders whether their life will also turn out like Andy and Kyle, who spent their entire lives trying to hunt down Chucky. 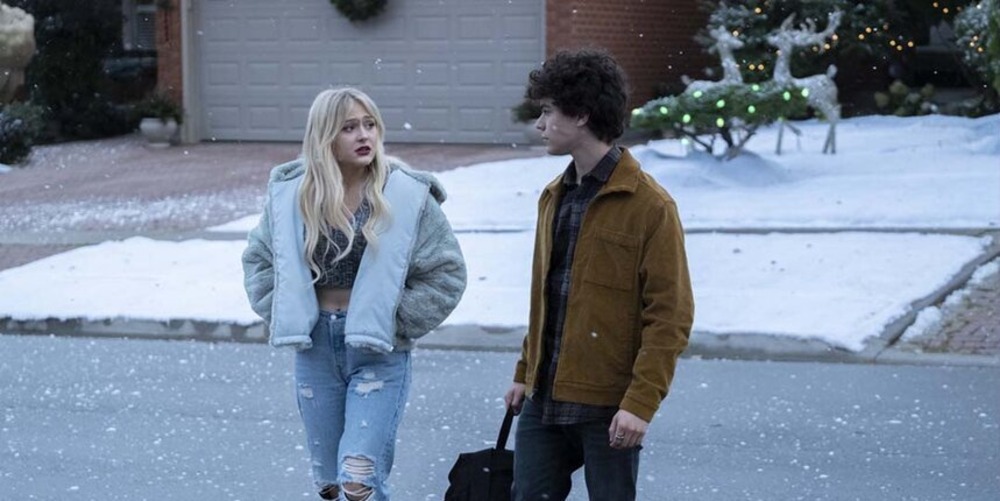 Before the trio can arrive at a firm conclusion, Chucky arrives at the house with a chainsaw. He searches for Belle, the doll given to Lexy’s sister, Caroline, by Dr. Mixter. Chucky enters through a chimney and attacks Mrs. Cross. He chops Mrs. Cross in half with the chainsaw, causing a blood bath in the house. Lexy is shocked and enraged by her mother’s gruesome death in front of her eyes. She attacks Chucky and seemingly succeeds in killing the doll.

The police and social security arrive soon after, as Jake, Lexy, and Devon are forced to deal with another tragedy. The trio has lost all their parents and has no one to look after them. In the end, Miss Fairchild, the group’s former biology teacher who was imprisoned for Chucky’s crimes at the end of season 1, visits Lexy, Jake, and Devon. She offers to look after the children and is convinced that the serial killer doll is behind the murders for which she served a prison sentence.

Does Tiffany Transfer Her Soul? Did Chucky Survive?

The formula for a good episode of ‘Chucky’ lies in delivering gruesome murders and shocking plot twists. The second season finale follows the same pattern but elevates the narrative by creating exciting plot threads for the future than merely for shock value. When Chucky arrives to search for the Belle doll, Tiffany enters the Cross house with her own agenda. However, after Lexy kills Chucky, Jake and Devon target Tiffany and gravely injuring her. It seems like Chucky and Tiffany will finally face the consequences of their crimes. However, a brainwashed Caroline believes Tiffany to be her mother. As a result, the trio allows her to leave the house with an injured Tiffany. 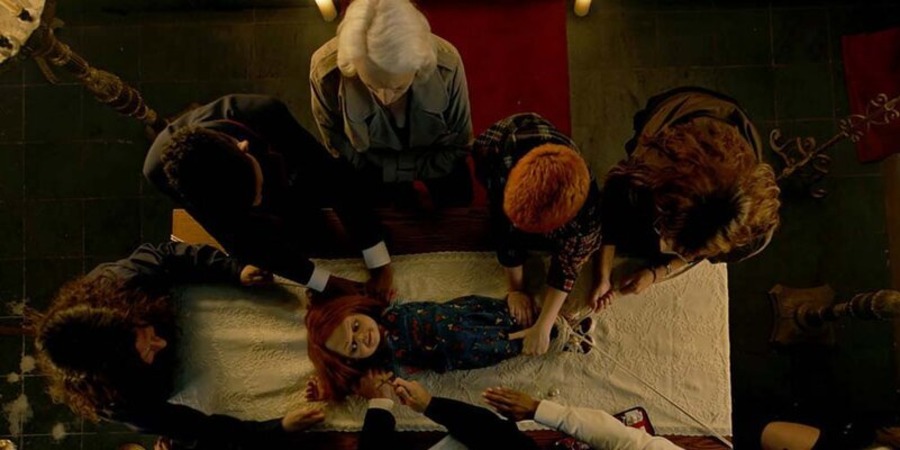 Ultimately, Tiffany and Caroline leave and move to New York. In the episode’s final moments, Nica calls Tiffany to apologize for hurting Glen. However, she threatens to kill Tiffany and wishes to take revenge on the woman who tormented her. As a result, Tiffany gets scared and wishes to transfer her soul to the Belle doll. However, Tiffany’s plan once again fails as Belle comes to life and threatens her. Thus, it becomes evident that the doll is not a vacant vessel.

Lastly, Chucky reveals himself to be alive and inhabiting the doll. Tiffany is shocked at the revelation as Chucky and Caroline deviously smile. The scene implies that Chucky did not die after Lexy destroyed the Good Guy doll. Instead, the serial killer once again escaped death by transferring his soul. This time around, the Belle doll is Chucky’s preferred vessel.

The episode’s ending foreshadows a grim fate for Tiffany, who was pulling the strings for most of the first season. However, she suffers a downfall in season 2 and will likely face the consequences of betraying Chucky. On the other hand, Chucky is not only alive, but he also has a new partner in crime. With Caroline by his side, it seems like Chucky is all set to unleash his reign of terror on New York. The episode ends with Chucky breaking the fourth wall to recap his kills from the second season.