Created by Bert V. Royal (‘Recovery Road’), ‘Cruel Summer’ is a teen mystery drama series that revolves around two young women, Kate Wallis (Olivia Holt) and Jeanette Turner (Chiara Aurelia), and a horrifying crime that changes both of their lives. The series has three timelines — 1993, 1994, and 1995 — and shifts back and forth between them. Each episode depicts a specific summer day in all three years.

Pretty and popular Kate endures unimaginable trauma after a family friend and vice-principal at her school, Martin Harris (Blake Lee), abducts her and keeps her locked in his basement for a year.  After Martin is killed and Kate is released, she discovers that Jeanette has virtually taken over her life. She subsequently goes on national television and declares that Jeanette knew that she has been kidnapped but didn’t tell anyone.

The events depicted in episode 5, titled ‘As the Carny Gods Intended,’ happens on July 29 of 1993, 1994, and 1995, when the annual County Fair occurs in Skylin, Texas. Jeanette reluctantly goes on a date in 1993, tries to speak to Kate but fails in 1994, and briefly sings karaoke with Angela (Brooklyn Sudano) in 1995. Kate wins a carnival game at Martin’s booth in 1993, confronts Jamie (Froy Gutierrez) about his kiss with Jeanette in 1994, and vandalizes Martin’s grave with Mallory’s (Harley Quinn Smith) help in 1995. Here is everything you need to know about the ‘Cruel Summer’ episode 5 ending. SPOILERS AHEAD.

Unlike the previous ones, the 5th episode allocates equal time to two of its protagonists. In 1993, Jeanette must go on a date to check off another item from their list. Mallory and Vince (Allius Barnes) have already gone out on a double date, and now it is Jeanette’s turn. Her date is Gideon, a geeky boy from a neighboring town. Initially, they seem to enjoy themselves and compete against each other at Martin’s booth.

However, when Kate’s friends spot them and start mocking Gideon, Jeanette denies that she knows him and flees. Meanwhile, Kate attends the carnival with Jamie and his friends and soon gets separated from them. At Martin’s booth, she wins a plushie and some tickets but forgets her scrunchie there. Martin keeps it but later has to give it to Jeanette when she tells him that she will return it to Kate. 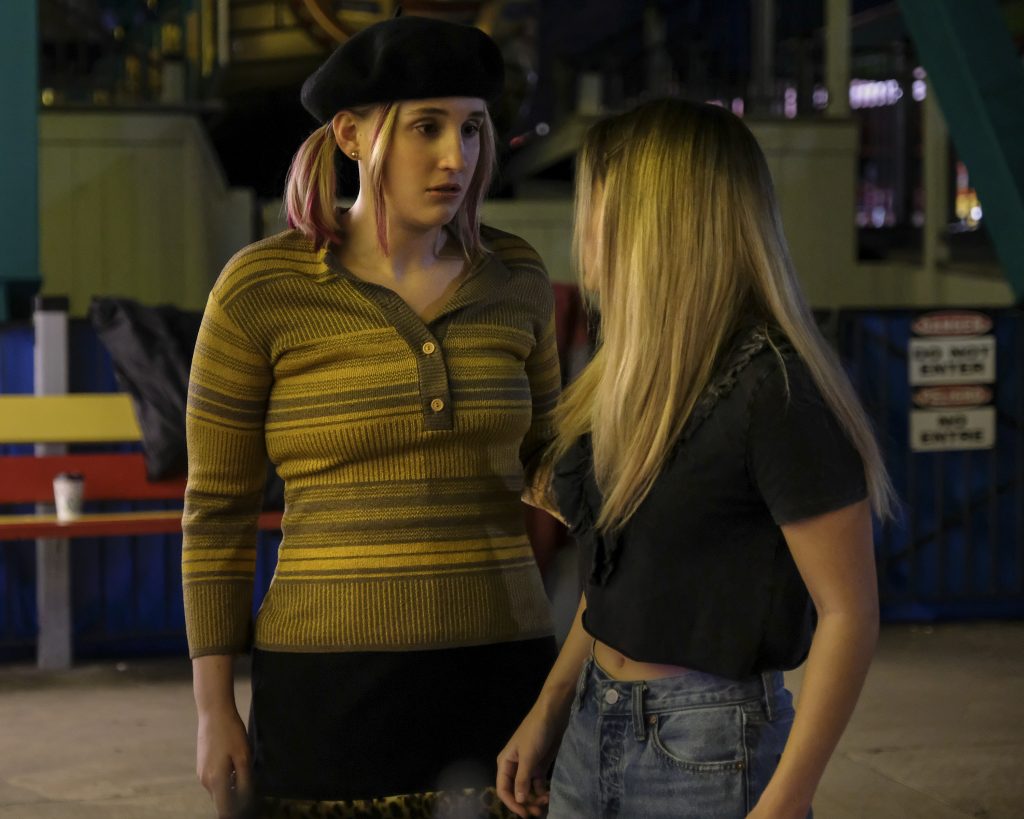 In 1994, Jeanette attends the carnival with Derek. She apparently hopes to speak to Kate and clear the confusion. Meanwhile, Jamie adamantly tells Kate that she didn’t see him kiss Jeanette and has the audacity to suggest that Kate’s trauma made her believe that she saw something like that. Jeanette follows Kate and Mallory into the house of mirrors but loses them there. She then has a candid conversation with her brother, who advises her to stay away from Kate.

In 1995, Kate continues to listen to the tapes and chat with Berenice4, who is actually her stepsister Ash. At the carnival, Jamie admits that he was lying to her when he told her that he didn’t kiss Jeanette and admits that Kate was right. To his surprise, Kate thanks him and tells him that this is the nicest thing he has ever done for her. Later, Kate goes to the cemetery with Mallory and buries the plushie she won at Martin’s booth in 1993 in his grave before breaking the headstone.

Yes, he is. In 1993, despite being the most popular girl in town and having a boyfriend, an overbearing mother (Andrea Anders), and a couple of friends, Kate is a remarkably lonely girl. This becomes even more apparent after she learns that her mother is having an affair. She desperately wants to speak about it to someone and vent out her disappointment and frustration, but no one seems to be willing to listen. She can’t speak to her stepfather about this, and Ash evidently doesn’t like her or her mother.

In this episode, she even tries to speak to Jamie, but he is too lost in his own world to notice the subtle hints that can tell him that she is struggling with something. As a result, Kate grows close to the only person who seems to be listening to her, Martin. At the carnival, Martin tells her that when he first saw her at a party, he thought she was one of the adults. On the surface, this seems like a harmless compliment.

But as Kate’s therapist later points out to her, this is his way of grooming her. And it apparently has its desired effect. Towards the end of the 1993 part of the episode, Kate stares at the mirror and pretends to compliment Martin on how young he looks for a vice-principal. When Kate vandalizes Martin’s grave in 1995, it is her way of exorcising the oppressive influence that Martin continues to have on her life despite being dead.

Does Jeanette Believe That She Deserves to be Punished?

Yes, she does, to a degree. Episode 5 makes it explicitly clear that Jeanette has been obsessed with Kate. In 1993, there is a disturbing gleam in her eyes when she discovers that the scrunchie belongs to Kate and all but snatches it away from Martin. Jeanette may not be guilty of what Kate claims she has done, but it’s an undeniable fact that she effectively replaces Kate after the latter is kidnapped and lives that life for a year. By 1995, she likely has faced these uncomfortable truths about herself and concluded that she is responsible for what is happening to her and her family. 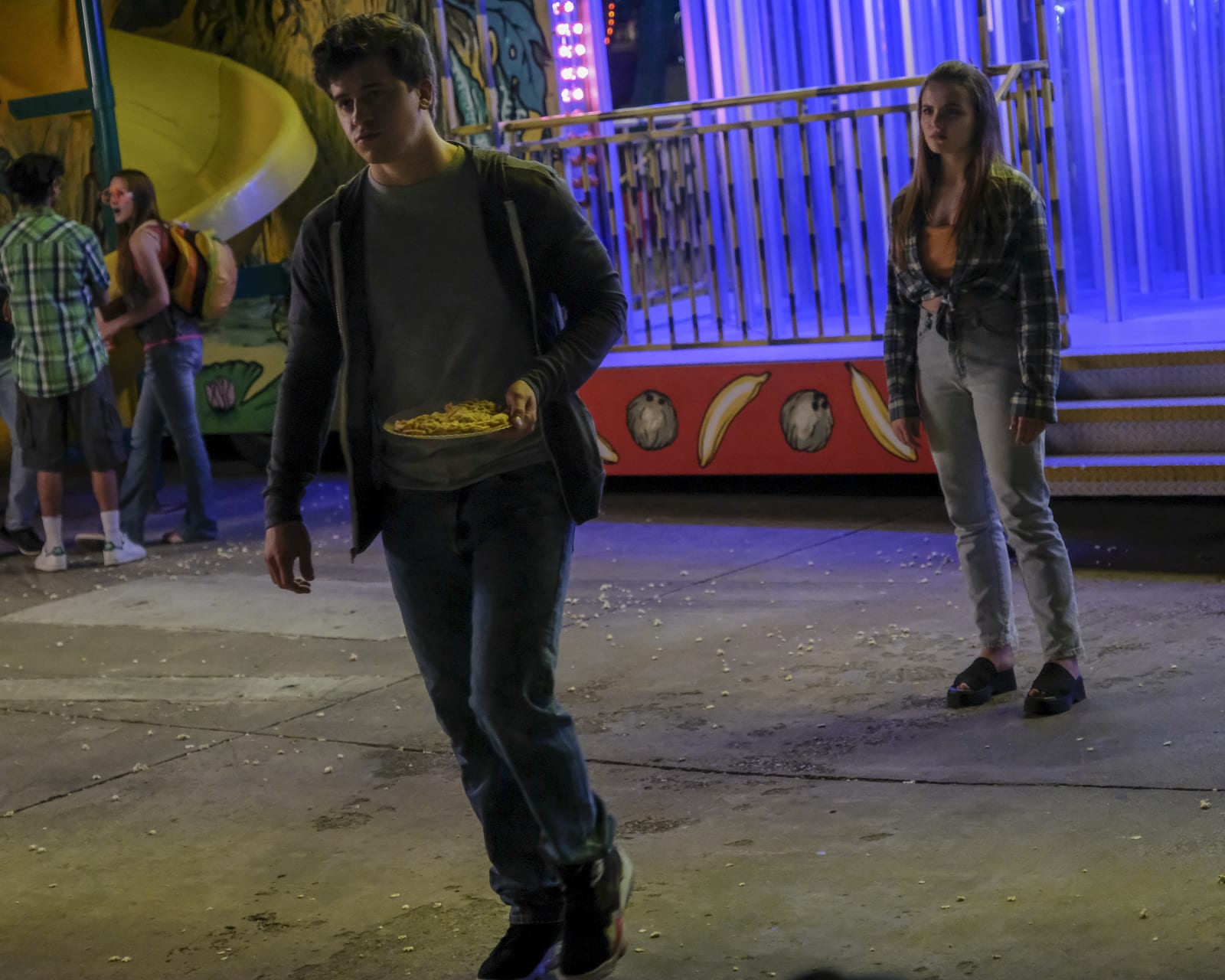 Jeanette doesn’t have that many supporters any longer. Her family has fallen apart, and by his own admission, her father has lost virtually everything simply because he believes her version of the events. So, when Angela reaches out to her, Jeanette is extremely reluctant, but she does let herself relax when Angela turns on the karaoke machine, and the two of them start singing together. It doesn’t last long, and Jeanette once more sinks deep into her depression, but that fleeting moment helps Angela remind Jeanette that she must put down her walls and let others in.