Did Lil Murda Get Shot on P-Valley? Will He Die? 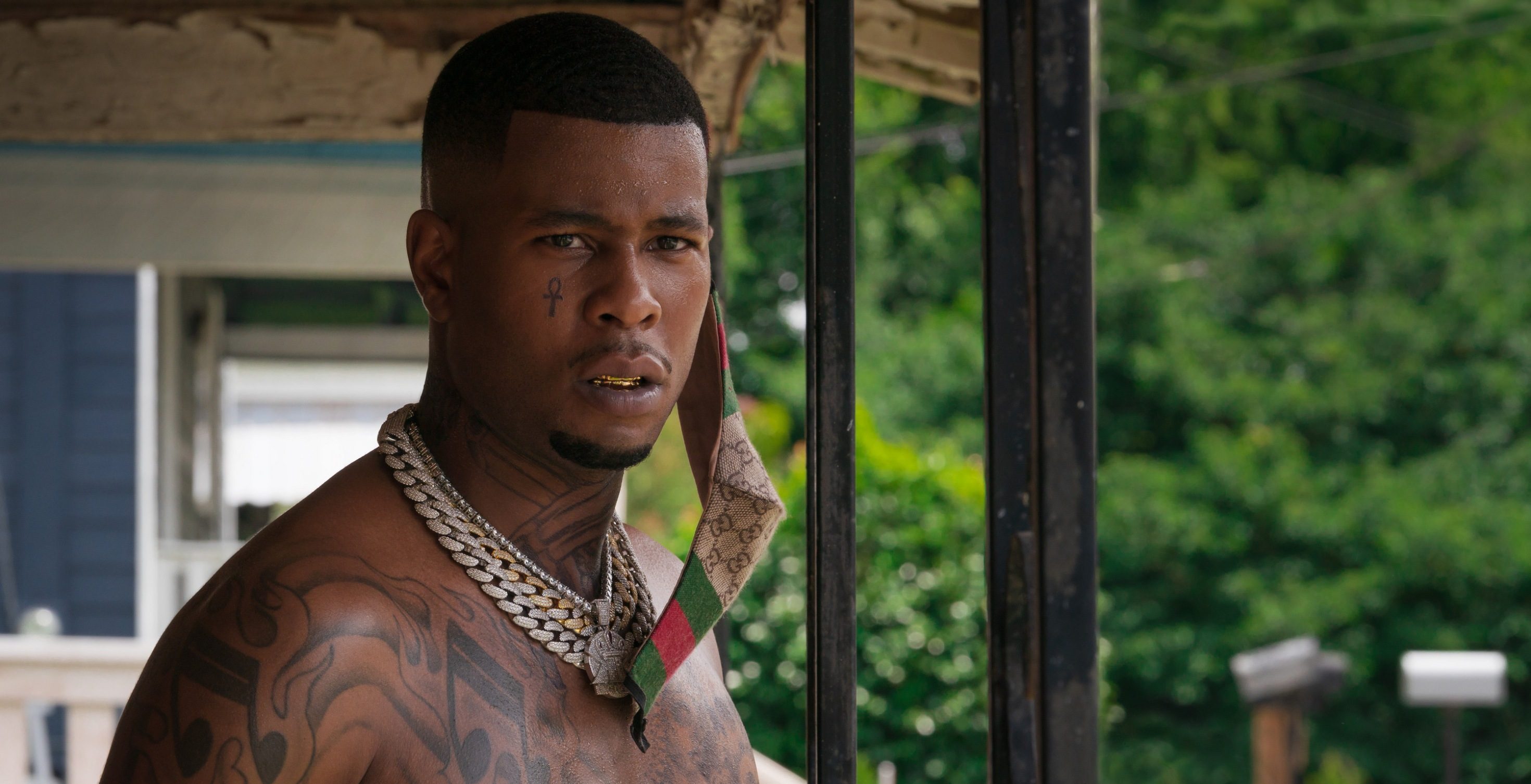 The sixth episode of Starz’s drama series ‘P-Valley’ season 2 follows Big Teak and Lil Murda celebrating the success of the rapper’s career upon taking a break from the Dirty Dozen tour. Big Teak asks Lil Murda about Uncle Clifford and the rapper’s relationship with her, realizing that he had lost his lover. Big Teak visits the house he had stayed in when he was a kid, letting himself dwell on the past. The episode ends with him trying to kill himself with a gun, losing every ray of hope. However, we see Lil Murda in blood-soaked clothes, having trouble to even standing straight. Did he get shot in the car? Will he die? Let’s find out!

Did Lil Murda Get Shot? Will He Die?

Lil Murda did not get shot on ‘P-Valley.’ When Big Teak makes it clear that he wants to kill himself, Lil Murda tries to stop him. Even though the rapper tries his best to save his friend, Big Teak doesn’t change his find. Upon realizing that he is adamant, Lil Murda tells his companion that he is not going to get out of the car. After a few seconds, the gun fires off-screen, only for Lil Murda to get out of the car in blood-soaked clothes, struggling to even stand straight.

Big Teak kills himself with the gun and must have fallen to Lil Murda’s lap, which explains the blood on his jacket. The rapper’s jacket also has small blood marks scattered all over it, which won’t happen if he is the one who got shot, especially considering that the gun is near to him. Since there is only one gunshot, we can also rule out the possibility of Lil Murda getting shot after Big Teak kills himself. Even if Lil Murda gets shot accidentally, Big Teak shall have tried to save him. Since that doesn’t happen, we can conclude that the rapper doesn’t get shot.

Thus, there isn’t any possibility that Lil Murda will die. The fact that Lil Murda struggles to even get up doesn’t indicate that he does get shot. Seeing his ex-lover and companion dying in front of him must have paralyzed his senses, which can be the reason behind his physical difficulties as he cannot even walk properly. He somehow makes it to Uncle Clifford’s house and tells her that he is not okay. She takes him inside despite the conflicts they have between them.

Big Teak’s death may pave the way for Lil Murda’s reunion with Uncle Clifford. Even though they have broken up, Clifford cannot turn her face away from Lil Murda. The feelings she has for him, despite their separation, may inspire her to take care of him as the rapper confronts the death of a loved one. As she possibly helps him regain himself from the shock of Big Teak’s death, Lil Murda may realize how much essential Clifford is in his life. Lil Murda seeking comfort in Clifford after the death of Big Teak also shows how much he wants to be with her.

In an interview with EW, Katori Hall, the creator of the show, said that Lil Murda’s “reconnection with Big Teak completely changes his approach to his art, and I can’t tell you how.” Big Teak’s death may influence his upcoming songs and the rapper may try to honor the death of his former companion with his music.

Read More: Will Duffy and Roulette End Up Together in P-Valley? Theories