Will Duffy and Roulette End Up Together in P-Valley? Theories

The second season of Starz’s drama series ‘P-Valley’ depicts Hailey Colton AKA Autumn Night conducting auditions to replace Gidget and Keyshawn Harris AKA Miss Mississippi at The Pynk. Through an audition, Hailey, Uncle Clifford, and Mercedes Woodbine choose Roulette, Whisper, and Big Bone as the new additions to the strip club. Duffy, Gidget’s former boyfriend, sets his eyes on Roulette after Gidget leaves The Pynk and Mississippi. What starts as ordinary flirtations eventually grows between them, making us wonder whether we will see them end up together as a couple. If you want to know more about the same, let us share our thoughts! SPOILERS AHEAD.

Will Duffy and Roulette End Up Together?

When Gidget left for Arizona, ending her relationship with Duffy, he starts to focus on his drug trafficking business with Big L. As always, he spends his time in and around The Pynk for his “business” and keeps track of things with Big L. It doesn’t take long for him to notice the new star of the strip club, Roulette. During their first meeting, Duffy and Roulette flirt with each other, making their interest in each other evident. Since Gidget is gone from his life, Duffy doesn’t have to worry about welcoming Roulette to the same.

In the sixth episode of season 2, Duffy and Roulette talk about the latter. He appreciates her for who she is and the two of them end up sharing a kiss. Since their acquaintance is growing as the episodes progress, a potential relationship cannot be ruled out. Duffy’s ever-presence around The Pynk is expected to make them cross each other’s ways more often, leading to their togetherness. If the kiss they share is an indication of what can happen between them in the near future, we believe that Duffy and Roulette will likely end up together.

In addition, Roulette has an understanding and empathetic companion in Duffy. When a Black man gets killed due to police brutality, the incident triggers Roulette since her brother Demethrius was killed the same way. When she stoops to gloom and haunting memories, Duffy lends a supporting hand. He spends time with her so that she can find comfort in his presence. Since Duffy is present in Roulette’s life at the right time, it will be a surprise if their acquaintance doesn’t develop into something more. Like Diamond and Big Bone, they may also get together, at least for a no strings attached relationship. 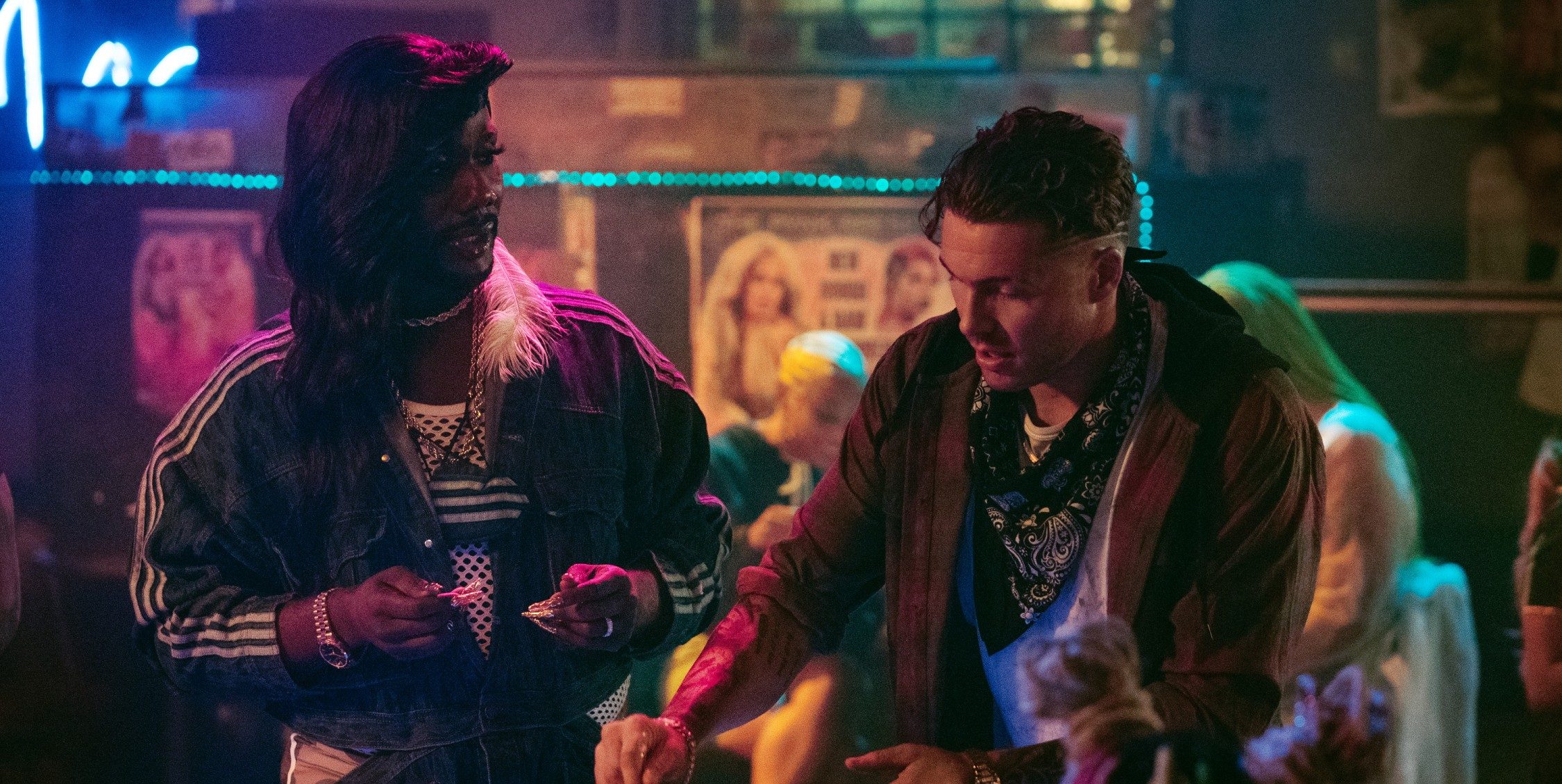 Ever since Roulette’s arrival at The Pynk, she has displayed her ambition, especially by earning more money than her colleagues. Since Roulette has a special interest in Duffy’s narcotics business, she may consider getting together with him just for the sake of money. Roulette’s ambitions may not mind deceiving the drug trafficker if it will help her earn more money. Duffy may not be able to see the mysterious and ambitious side of Roulette and may get together with her without realizing her possible manipulative intentions. If that’s the case, their potential relationship may rewrite the fate of Roulette.

Considering the developments that happen between Duffy and Roulette, a relationship is indeed possible. If their relationship becomes a reality, we can look forward to knowing whether Roulette will consider it a stepping stone to earning more money.

Read More: Will Keyshawn and Diamond End Up Together in P-Valley? Theories