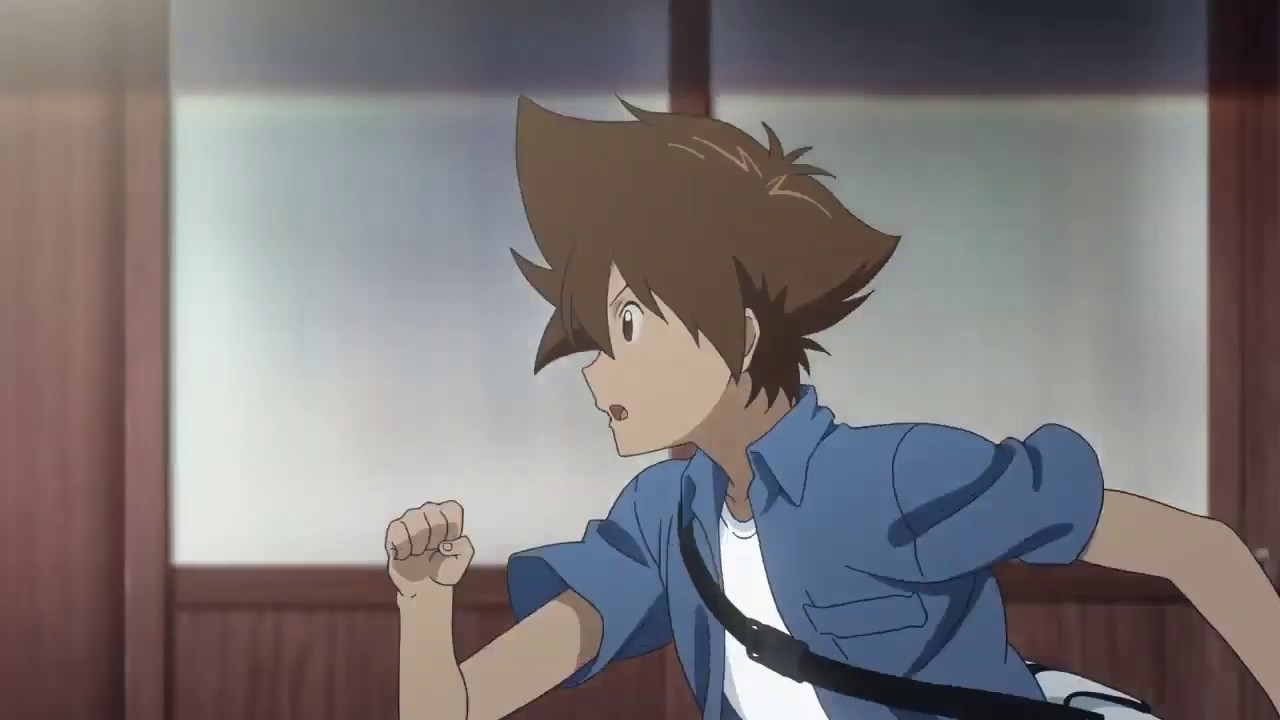 ‘Digimon‘ is often accused of being a rip-off of the popular anime series ‘Pokemon‘ and though the two have a lot in common, ‘Digimon’ has a charm of its own. The series was never really able to establish itself in the west and by no means, it comes close to the massive fan base of its rival ‘Pokemon’. But even then, over the years, the anime has gained quite a solid fanbase in Japan and a few other nations. One major reason why this anime was not appreciated in the west is because of its subpar Fox Kids English Dub. Only those who have watched the original Japanese version of it will know how amazing this anime is. In fact, it is even better than ‘Pokemon’ in a lot of ways. While it does rely mostly on the “friendship” and “teamwork” themes which are quite cliched in the kid’s fantasy genre, it does not shy away from other bolder themes like death, divorce, fear of losing someone and the complexities of growing up.

Being a Toei Studio creation, ‘Digimon Adventures’ initially did suffer because of the small budget of the studio. Stock animation and off-model moments are quite a common occurrence in the initial version of the show. But if you watch the entire series, you’ll realize that the Studio actually managed to make the most of what it had. It’s a little sad that despite having the same potential, ‘Digimon’ was never able to be as popular as ‘Pokemon’. However, for those who got the chance to experience it during its earlier days, it holds a very special place because it always remained under the radar. ‘Digimon’, for many fans, created more of a personal experience that was not sucked into the world of popularized anime franchise that consists of everything from video games to toys.

If you’ve had enough of ‘Pokemon‘ already and you’re looking for something similar yet refreshing, then its never too late to start off with ‘Digimon’. Just make sure that you watch the English Dub created by Saban Entertainment. For a while, it seemed like the ‘Digimon’ series would go on forever. But all good thing must come to an end and it’s about time that even this amazing franchise leaves us with some good memories. To know more about the last of this super long franchise, move on to the next section.

‘Digimon‘ is one anime that has been around since the late 90s. Just like other classics of its kind including ‘Pokemon‘, ‘Naruto‘ and ‘Dragon Ball Z‘, ‘Digimon’ has been present in one way or the other. ‘Digimon Adventure Last Evolution Kizuna’ is going to be the franchise’s newest installment which is basically an independent film that isn’t exactly related to any of the other recent versions of the anime.

Digimon Adventure Last Evolution Kizuna release date has been fixed as February 21, 2020, but other details of have not been revealed yet. All we know is that this movie will be celebrating the 20th Anniversary of the show so if you’re a big ‘Digimon‘ fan, then you shouldn’t be missing out on this one. Even for all the grown-ups out there who got to experience this amazing fantasy anime as kids, the film could bring back some really pleasant memories.

Since the entire franchise of ‘Digimon’ is quite huge, you probably won’t be able to find all of its versions on one platform. But you can still stream most of its seasons on Crunchyroll in an English Dubbed format.

It all started 20 years ago when seven chosen kids were magically transported to a Digital World. Their adventure begins when they come across weird animals called the Digimon. Each of these animals finds a respective owner and clings on to them. Soon the kids start looking for an escape from this world and that’s when they get to know that they have been “DigiDestined” to save this world from dark forces.

With the help of their Digimon that grow stronger with each battle, the kids defeat all the evil enemies who cross their path. Much later in the series, the kids are again forced to return back the Digital World when they come to know that the lives of their Digimon are in danger. Yet again, they reunite and fight against Dark Lords who have invaded certain parts of the world and by doing this, they not only save the Digital World but end up saving their own real world as well. This time around, the kids grow much stronger and realize that as the “Digidestined”, they’ve always possessed great power which was hidden deep inside them. After being able to access all of this power, they finally defeat the Dark Master and return back home to their old ordinary lives. But their magical adventures are far from over.

It is rumored that this film will be the last installment in the entire ‘Digimon’ series and the “DigiDestined”, who are all grown up now, will set out on one last adventure with their Digimon.

Taichi Kamiya is the main protagonist of the show who acts as a leading figure for the entire “DigiDestined” bunch. Being a natural-born leader, he is the captain of his school’s football team in the real world and is never afraid of taking risks. His risk-averse attitude lands him in deep trouble a lot of times, but with the help of his brother, Yamato Ishida, he always finds a way to solve all of these problems. In the Digital World, his Digimon partner is Agumon and he owns the Crest of Courage.

Yamato Ishida, also known as Matt, is Taichi’s elder brother. While Tai never holds himself back and takes crucial decisions in a matter of seconds, Matt is a lot less aggressive and cautious towards everything he does. More often than not, he takes it upon himself to look out for his younger brother and help him get out of trouble. The difference in their attitudes even leads to a lot of conflicts between them but this never really stops them from caring for each other. In the Digital World, Matt’s partner is a Digimon named Gabumon and he owns the Crest of Friendship.

Agumon, in appearance, is a mini dinosaur-like yellow-colored creature who is one of the main Digimons in the entire series. He is Taichi’s partner in the Digimon world and shows a lot of courage during battles. But when he’s not fighting battles, he is usually quite laid back and is also known for his hilarious goofy antics. His appearance keeps changing as he evolves into becoming a stronger Digimon but he always remains loyal to his master.

Gabumon is another Digimon who is partnered with Taichi’s brother. When it comes to his appearance, Gabumon has a yellowish wolf-like body that is close to 3 feet tall. He also has a tail and a tall unicorn horn coming out of its head. Very similar to a dog, his entire back has a furry blue texture. Just like Agumon, he is also very loyal to his master Matt and bravely fights his opponents during battles.