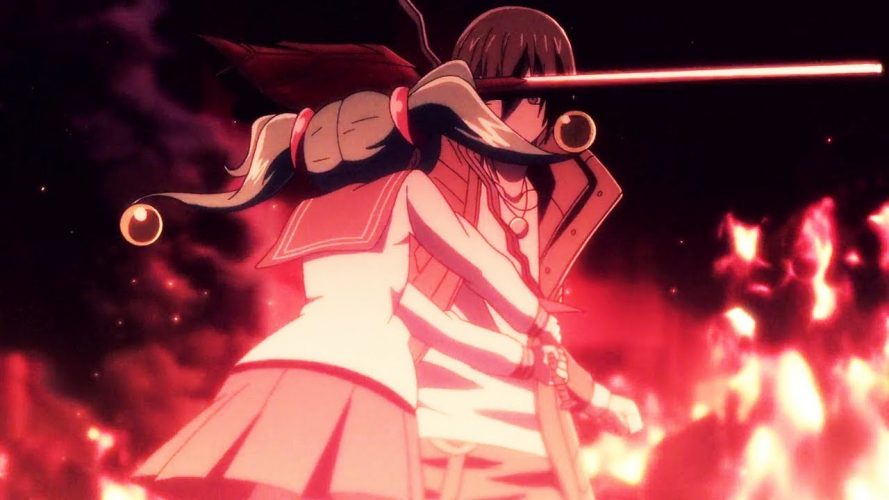 With so many anime series on Netflix these days, one can easily end up missing out on a few of them. ‘Sword Gai: The Animation’ is one of those lesser known shows that follows the usual seasonal schedule similar to most others on the streaming platform. ‘Sword Gai’ is a solid show when it comes to its animation probably because of how much Netflix is willing to invest in it. The movements of characters and action scenes are extremely fluid. Even the detailing of the characters has been done in such an incredible way that they look completely different from your regular anime archetypes. The background scores are so great and you will probably end up listening to all of them even months after finishing the series.

However, apart from all the technical aspects, the anime does not really have much to offer. Its story is just a mere combination of several random events that eventually lead to nothing meaningful. It’s enjoyable to watch the incredibly vast universe of the show that involves many characters but this again impacts the character development in a negative way. If you enjoy watching anime shows that have nothing but breathtaking visuals and incredibly high-quality fight scenes, then you should give this one a shot. But if you’re looking for an anime that has some depth in its story, you might want to look in a different direction.

Sword Gai Season 3 Release Date: When will it premiere?

‘Sword Gai’ Season 1 premiered on March 23, 2018 on Netflix in an ONA format. This was followed by 12-episode season 2 which released on June 30, 2018.  Despite having a pretty good concept and an amazing world-building, the anime was not so well received by most fans because of its bland characters. Though it did have a lot of hype around it in the beginning, all of it is now starting to fade away. Netflix might still create a new season of this anime because of how much they’ve invested in such shows but the possibilities seem quite low now because of all the bad reviews that it has received. Even then, if we get any updates regarding its renewal or’Sword Gai’ Season 3 release date, we will update it right here in this section.

The English Dub of ‘Sword Gai: The Animation’ is available on Netflix.

Sword Gai Plot: What is it about?

In the first season, an organization named Shoshidai, that collects cursed artifacts, uncovers the legendary Demon Sword Zsoltgewinn that was possessed by the Devil himself. The power of the weapon manipulates the administrator, Takuma Miura, to steal it and fleeing away with it.

Meanwhile, a swordsmith named Amon finds a baby boy named Gai whose family was completely broken apart by the possession of another demon sword called Shiryu. Much later, Gai loses his arm while performing a ritual and soon gains a new one in the form of a reformed Shiryu. With a demonic sword as his entire arm now, Gai must learn to control his new abilities and later even face the Zsoltgewinn sword that leaves a trail of blood everywhere it goes.

Seiya Ichijou possesses the strongest Chrysalis in the entire series and has the Chakram which is a legendary weapon of the Gods. He is extremely tall and has long messy blond hair with piercing red eyes. He was once in the army and back then, he used to have a very well-groomed look. He has a lean muscular physique and sports a golden necklace with a green gem. He is usually quite laid back and only acts serious when it’s absolutely necessary. Because of how he looks, he is considered to be cruel by most but he is actually a very softhearted guy.

He received the Chakram when he was serving in the army as a soldier. A grenade was thrown at him and his troops which killed everyone but him. After being blown back by the impact, he found himself waking up to the Chakram that allowed him to summon golden rings to kill all of the enemy soldiers.

Sayaka is Gai’s adoptive sister who stays with her father Amon and attends the same school as Shin Matoba. She has brown hair, green eyes and is usually seen in her school uniform. She really admires her father and also has a thing for her stepbrother Gai. As kids, this one time she had followed Gai to the forest and this is when they were attacked by a wolf. Gai did everything he could to protect her and even suffered a severe bite from the animal.

Gai Ogata is the main protagonist of the series who is the wielder of the Shiryu. He has purple-black hair and cold brown eyes. He has a thin build and has a prosthetic right arm made out of Shiryu. Because of his lack of expressions, people often assume that he is cold-hearted. After spending a lot of time alone, Gai believes that the whole world his against him and he feels this urge to kill everyone. But at the same time, he also helps everyone around him and genuinely cares for the ones he loves.

He uses his entire arm as a blade during combat and is easily able to defeat monstrous opponents all by himself. He never responds to any of Sayaka’s advancements towards him and often brushes her off. But when she needs him, he goes out of his way to help her out.

While we wait for season 3, check out this trailer of season 1 of the show.