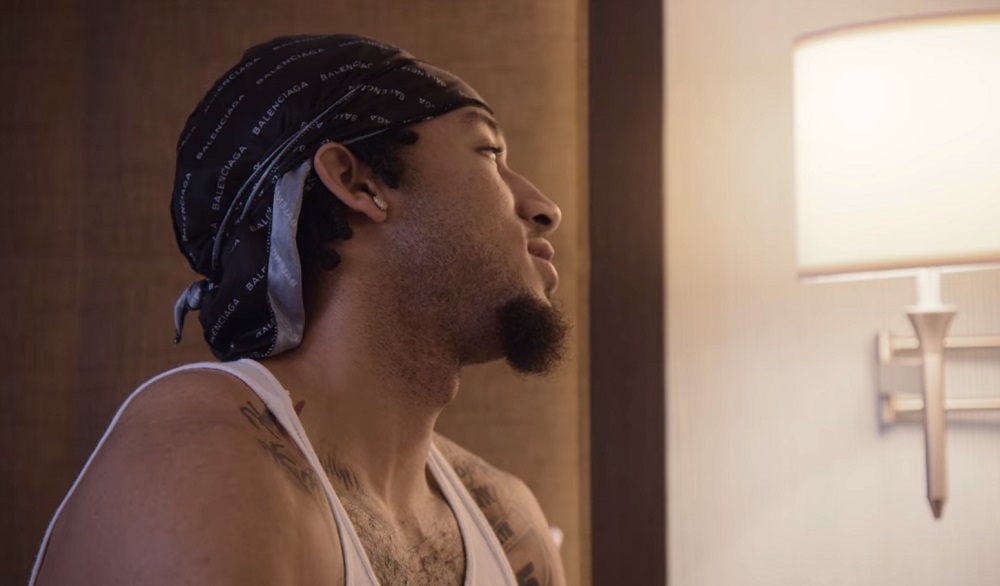 Netflix’s ‘Last Chance U: Basketball‘ is a documentary series about the basketball team of East Los Angeles College (ELAC). Under the guidance of Head Coach John Mosley, the athletes aim to better their chances as sportsmen and leave an impact on others. Once struggling to maintain their respect in the CCCAA circuit, the ELAC Huskies have become a force to be reckoned with. The recently released second season of the show features several talented hoopers, including DJ Gilmore. His presence in the ‘Last Chance U‘ spinoff has made viewers curious about his current whereabouts. So, let’s explore the same together, shall we?

Who is DJ Gilmore?

As a student of Lawndale High School, DJ Gilmore was part of the institute’s basketball team, the Lawndale Cardinals. His excellent performance at the school level, combined with his skills within the court, helped the athlete gain a position within the ELAC Huskies. He joined the team during the 2021-2022 season in the position of guard. Thanks to his time on the show, Gilmore was featured in the second season of the Netflix series. However, his presence was not as prominent as some of the other players.

Despite his on-screen presence, Gilmore’s performance on the basketball court has been impressive. As a Husky, the athlete has taken part in 13 games and 5 conferences. Out of all his matches, the California native has started one game which was part of a conference. His total time on the court is 79 minutes, and he was able to score 21 points for his team. This means that he scored an average of 13.7 points for every 40 minutes that he was on the court.

Gilmore is certainly a team player, given that he has a grand total of 21 assists as of writing, which is an impressive statistic. Though he has not been able to make any blocks, the player has stolen the ball from his opponents 11 times, providing his team with multiple advantages.

Where is DJ Gilmore Now?

As of writing, DJ Gilmore is apparently still affiliated with ELAC Huskies and is excited about what the future has in store for him. The athlete has certainly been enthusiastic about his Netflix debut in ‘Last Chance U: Basketball’ and has been hyping up the show since its second season was announced. Additionally, he seems to be getting along well with his teammates and is eager to leave his mark on the world of basketball.

When not playing basketball, Gilmore seems to be interested in creating content. In fact, he has a YouTube channel named Smoove The G, where he posts a variety of videos. Some of these also feature his friends who come together to entertain their audience. The type of content on this channel includes React videos and lifestyle blogs. The ELAC player presently lives in Inglewood, California, and will celebrate his 23rd birthday on June 11, 2023. He may become a more prominent role should the Netflix show be continued for another season for the 2022-2023 session.