Do Mathieu and Emily End Up Together in Emily in Paris Season 2?

‘Emily in Paris,’ Darren Star’s romantic comedy-drama for Netflix, highlights Emily Cooper’s (Lily Collins) misadventures against the backdrop of the City of Love. Thus, whilst Emily tackles the trials and tribulations of her marketing job at Savoir, she comes across a wide variety of people —many of them are handsome men all too ready to show her a good time.

We first meet Mathieu Cadault (Charles Martins), the head of business affairs for Pierre Cadault and the nephew of Pierre himself, in season 1. The glamorous and successful man is immediately impressed by Emily’s talent and enraptured by her beauty. Thus, towards the end of the season, he kisses Emily and asks her to accompany him on a trip to St. Tropez. So, what happens between Mathieu and Emily in season 2? Do they end up together? Let’s find out. SPOILERS AHEAD.

Do Mathieu and Emily End Up Together?

In episode 1 of season 2, we see Emily and Mathieu getting ready for their weekend trip to St. Tropez. Before their trip, they briefly talk about Pierre’s possible collaboration with Rimowa, since the luggage company has already designed suitcases with the old designer’s face on them. After all, Mathieu is Emily and Savoir’s client. The Frenchman even says that Emily is the reason why Pierre is now open to collaborations with other brands.

Although Emily has feelings for Gabriel and can’t stop thinking about their night together, she decides to go with Mathieu and distract herself. She thus meets Mathieu at the train station; the duo boards the train and enters their couchette car. Emily accidentally keeps making sexual innuendos around the Frenchman, who good-naturedly laughs them off.

Soon, Emily gets a call from Gabriel, who tells her that he needs to talk about their night together. Then, when Gabriel finds out that Emily is going on a trip with Mathieu, he gets quite upset. Emily tells him that even though she too can’t shake her feelings for him, she is going to maintain her distance as she does not want to hurt Camille.

We hear a sound, and Emily turns around to see a disappointed Mathieu standing in the doorway. Clearly, he overheard Emily’s phone conversation. He asks her if it was the chef that she was speaking to. “You slept with him after you agreed to come with me to St. Tropez?” Mathieu inquires. “Mathieu, it’s really complicated,” replies Emily, immediately making it obvious that she did sleep with Gabriel after making plans with Mathieu.

Afterward, Mathieu asks her if she’s in love with Gabriel. When Emily doesn’t respond, he takes his bags and leaves because he doesn’t want to go on a trip with a girl who’s in love with another man. However, before leaving, he asks her to go to St. Tropez on her own, since the hotel has already been paid for. Thus, Mathieu’s decision, whilst displeasing, is quite understandable and respectful towards both himself and Emily. 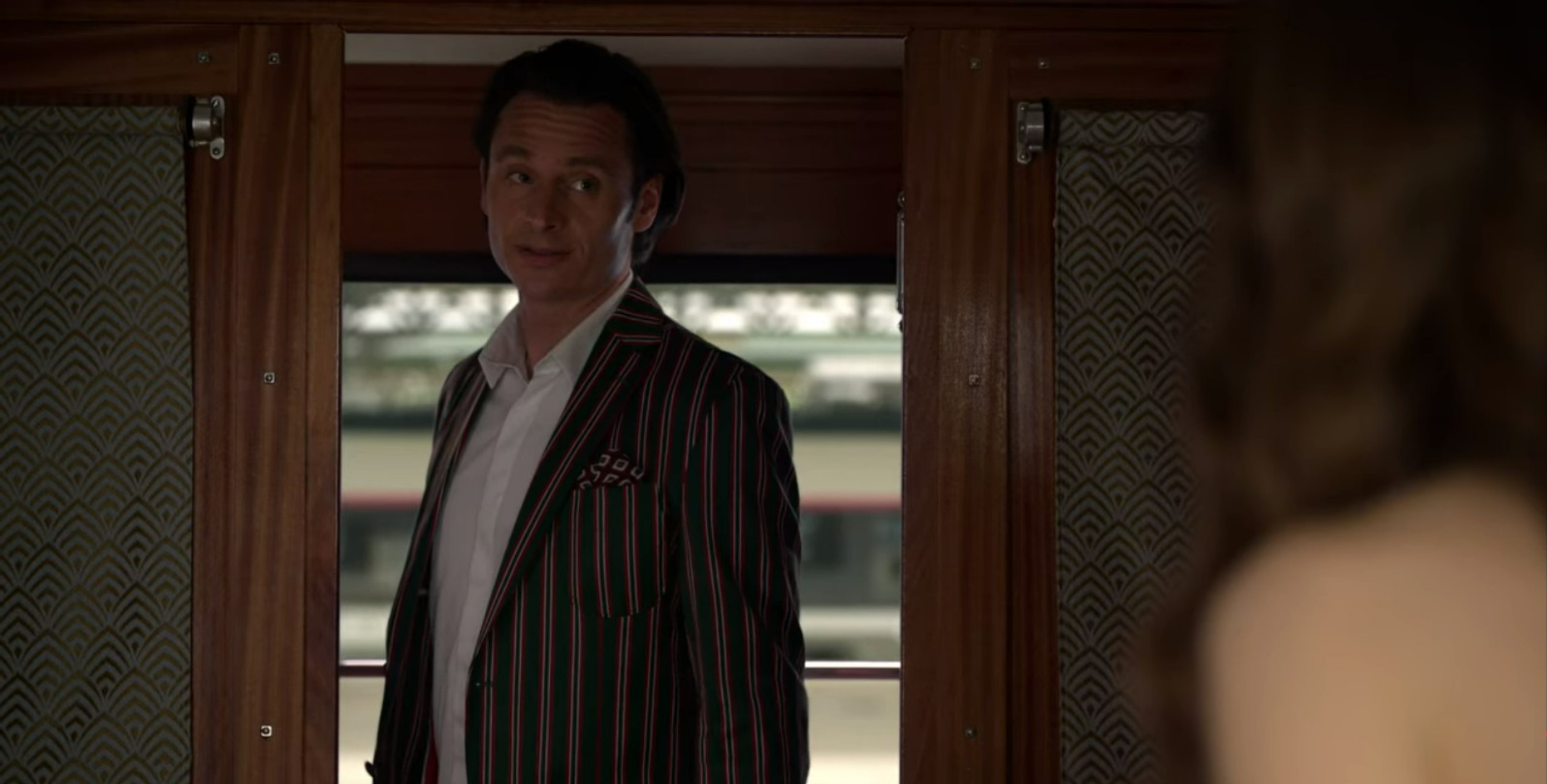 A guilty Emily tries to follow Mathieu but soon retreats to her train compartment. After she talks to Camille and Mindy, her two friends decide to join her in St. Tropez for a girls’ trip. Mathieu calls Emily only when the entire fiasco with Grégory Elliot Duprée takes place; he commands her to remove the photo of Grégory posing with Rimowa’s Pierre suitcase from the designer’s social media. Later, back in Paris, we see Mathieu, Pierre, and a flustered Julien trying to tackle the situation.

Soon, Emily starts dating Alfie, a London-based banker. Her interactions with Mathieu get restricted to a strictly professional capacity. In the finale, Emily agrees to a long-distance relationship with Alfie. However, she realizes the truth of her feelings and rushes to Gabriel to confess her love. Sadly, Gabriel has got back together with Camille; in fact, he even asked her to move in with him. Thus, Emily is left heartbroken. She doesn’t end up with Mathieu and her relationship with Alfie seems to be on the line.

We think it’s unlikely that Emily and Mathieu will pursue a romantic relationship because the latter was wary of her when she had only one man (Gabriel) in her life. Right now, she has both Alfie and Gabriel to deal with, so it doesn’t seem like Mathieu will want to come into the picture. However, stranger things have happened in Paris, so who knows what awaits the American marketer and the French businessman? At the very least, their professional relationship will continue, especially if Emily decides to join Sylvie’s new company.