Does Devon Die on Chucky? Do Devon and Jake Break Up? 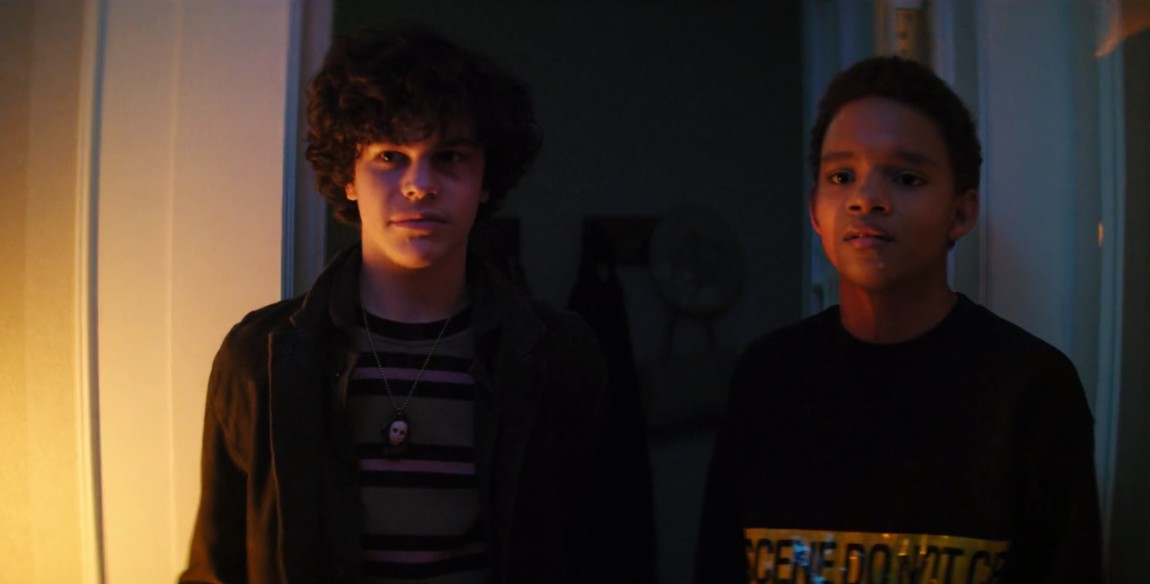 ‘Chucky’ revolves around the eponymous serial killer doll who unleashes his reign of terror on the small town of Hackensack. Chucky influences the life of teenager Jake Wheeler but fails in turning him into a killer. Amidst all the gory deaths and violence Chucky’s presence brings into Jake’s life, he is able to form a strong bond with his friend, Devon Evans, through the trying circumstances. However, in the seventh episode of the show, Devon’s life and relationship with Jake both are in grave danger. Here’s what happens to Devon in ‘Chucky’ and what the future holds for the teenager’s budding romance!

Does Devon Die on Chucky?

In the sixth episode of the series, Chucky murders Devon’s mom in front of the teenager’s eyes. The incident leaves a dark mark on Devon, who becomes distant from Jake and Lexy. He is preparing to live with his aunt and is expecting to be placed in a foster home soon. However, before leaving, Devon decides to make a last-ditch effort to find Chucky and gather clues to stop him. Devon checks out Charles Lee Ray’s childhood home. He breaks into the house and finds Nica Pierce being held hostage. Devon frees her, but Chucky takes control of her body Since a shard of his soul is sealed inside Nica. He picks up a taser and threatens Devon.

At the episode’s end, we see Devon tied to a chair as Nica (possessed by Chucky), and numerous dolls prepare to attack him. The episode ends without giving any clear answer about Devon’s fate. Although the odds seem against Devon, it is likely that he will survive. Devon is sharp, intelligent, and knows a fair bit about serial killers. Therefore, he could find a way to escape. Jake, Lexy, Andy, and Kyle could also show up in time to save Devon from the deadly situation.

Do Devon and Jake Break Up?

After the death of Jake’s dad, Devon provides Jake with emotional support, and the two begin to grow close. Jake has a crush on Devon from the start but isn’t able to express it. However, while working together to catch Chucky, the teenagers confront their feelings for each other and share a kiss. Although things between them aren’t official, it is safe to say that the two are an item. It is evident when they hold hands at the town meeting. However, before the duo can go on their official first date, their romantic relationship suffers a major blow after the death of Devon’s mother. In the seventh episode, Devon expresses that seeing Jake reminds him of how his mother died. Thus, their relationship comes to an abrupt end.

Devon’s feelings are understandable. However, Jake has gone through a similar experience and understands how Devon feels. Moreover, Jake wants to provide the same kind of affection and emotional support Devon provided him earlier. Alas, Devon feels differently and ends their relationship. Shippers of the couple need not worry as their separation could be just temporary. Devon’s near-death experience is likely to remind him of his love for Jake, and the two could reunite very shortly. That is if Devon manages to survive Chucky’s attack.