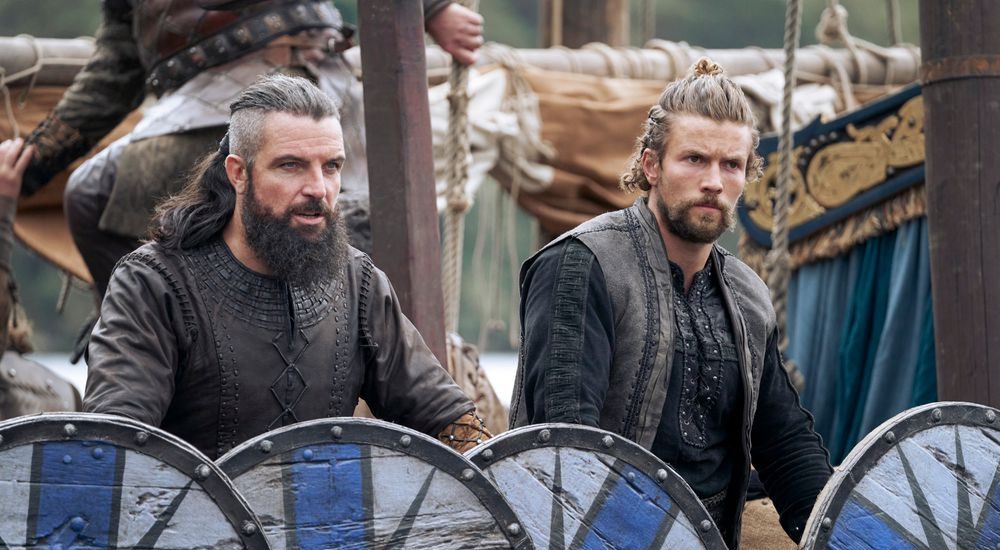 Harald Sigurdsson (Leo Suter) is one of the main characters of ‘Vikings: Valhalla,’ a show about the twilight days of the Viking Age. A sequel to History Channel’s ‘Vikings,’ it is set 100 years after the original series. ‘Vikings: Valhalla’ begins just as Harald leaves Danelaw, a Norse settlement in England. His brother, who serves as the bodyguard of King Aethelred II of England, lives in Danelaw. Shortly before Harald’s departure, his brother and his men are called away by Aethelred. The presence of the Norse people has long been a matter of concern for the Saxon population. Convinced by his nobles, Aethelred begins massacring the Vikings in his kingdom.

Harald barely escapes with his life. After returning to Scandinavia, he convinces King Canute of Denmark to amass a great force and invade England for revenge. Harald plays a pivotal role throughout the campaign. If you are wondering whether he survives in the first season of ‘Vikings: Valhalla,’ this is what you need to know. SPOILERS AHEAD.

No, Harald Sigurdsson doesn’t die in ‘Vikings: Valhalla.’ He aspires to become the King of Norway someday but realizes that such a desire contradicts the will of his older half-brother Olaf Haraldsson. Harald seeks and eventually gains the support of Canute, the most powerful man in Scandinavia. He is based on the historical Harald Sigurdsson or Harald Hardrada, who ruled Norway between 1046 and 1066. Even with the show’s liberal use of historical events, we can safely say that the first season is set significantly before that. So, there was no way that his story would have ended in the first season.

Harald is in Kattegat while the Greenlanders arrive. He has a sexual encounter with her and later learns about her harrowing past. After Freydis Eriksdotter (Frida Gustavsson) kills the Christian man that raped and marked her, Harald ensures her safety by convincing Canute to accept the service of Freydis’ brother Leif.

Harald plays an important role in keeping the army together. He is liked by both the Christians and the pagans. After helping Canute take control of England, Harald is as surprised as anyone when the former declares himself as the King of England. During the campaign, Harald grows close to Leif. When they return to Kattegat together, they find themselves amid another war. Olaf aspires to become the King of all Norway, but the presence of a powerful Kattegat hinders his plans. Now with Canute being preoccupied with the situation that Olaf created, the latter decides to take his chances.

Realizing that they can’t defeat Olaf and his supporters by conventional means, Harald pretends to join his half-brother. But, as it turns out, Olaf sees through his brother’s schemes and feeds him false information. Kattegat falls and its ruler Jarl Haakon is seemingly killed. Harald is severely wounded, but Freydis finds him, and the two of them subsequently leave the city.