‘1883’ pits our protagonists against one difficult task after another. As the narrative progresses, the group of travelers led by Shea Brennan has seen various casualties plaguing them, and death seems to be lurking at every turn of their journey. In the fifth episode, the group faces off against a group of bandits. The conflict escalates, and most of the main characters, including immigrant leader Josef (Marc Rissmann), find themselves in a dire situation. Does Josef die? Will the character’s death lead to actor Marc Rissmann’s exit from the show? If these questions crossed your minds, we’ve got all the answers you need right here! SPOILERS AHEAD!

Josef is a European immigrant who is part of the group being led across the Great Plains by Shea Brennan and Thomas. He is married to Risa and speaks English. Thus, he becomes the point of contact between the immigrants and Shea. In the fifth episode, after a difficult river crossing, the caravan is forced to contend with a group of bandits. Shea and the cowboys decide to deal with the bandits directly by setting a trap for them. 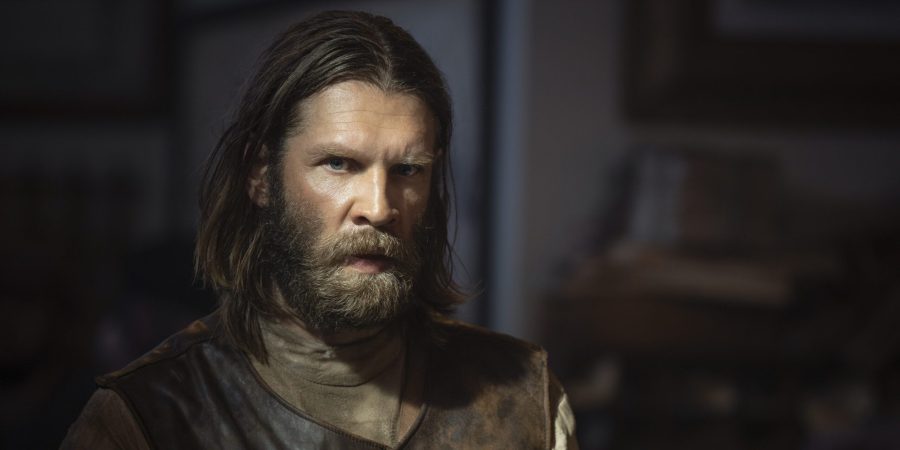 According to the cowboys’ plan, Josef and his wife remain behind with one wagon while the other wagons move to a hiding spot. Josef hides inside the wagon while Risa cooks food outside. The couple acts as bait to lure the bandits to an open area where it will be much easier for the cowboys to deal with them. When a bandit approaches Risa, she tries to shoot him but fails. Josef intervenes and kills the bandit. However, the rest of the bandits charge in Josef’s direction and open fire on him. Josef stays behind so that Risa can flee. Therefore, it seems like Josef’s death is imminent as the odds are stacked against him. However, Shea and others arrive just in time and ambush the bandits. Thus, Josef survives the ordeal.

Is Marc Rissmann Leaving the Show?

Actor Marc Rissmann is a German actor known for his appearances in hit shows such as ‘The Last Kingdom, ”The Man in the High Castle,’ and ‘Game of Thrones.’ He is a series regular on ‘1883,’ and his character serves an essential narrative purpose. Despite the close call with death, Rissmann’s Josef survives the ordeal with the bandits and is still alive and well. Therefore, viewers need not worry about the actor’s exit from the show. Moreover, Josef is the connecting link between the cowboys and the immigrants. Consequently, it is unlikely that the character will meet an abrupt end midway through the first season.

However, there is still some cause for concern as the caravan’s road ahead will only get much more difficult. The fifth episode sees the death of series regular Eric Nelsen’s character, Ennis. Thus, it is clear that the makers aren’t pulling any punches and all characters are in equal danger. As a result, the narrative importance of Josef does not necessarily mean that the character will not die in future episodes. It is important to note that Rissmann is yet to publically drop any hints that suggest his exit from the series before the first season wraps its broadcast run. He is expected to appear throughout the first season, so viewers can look forward to seeing more of Rissmann’s performance as Josef in the upcoming episodes.