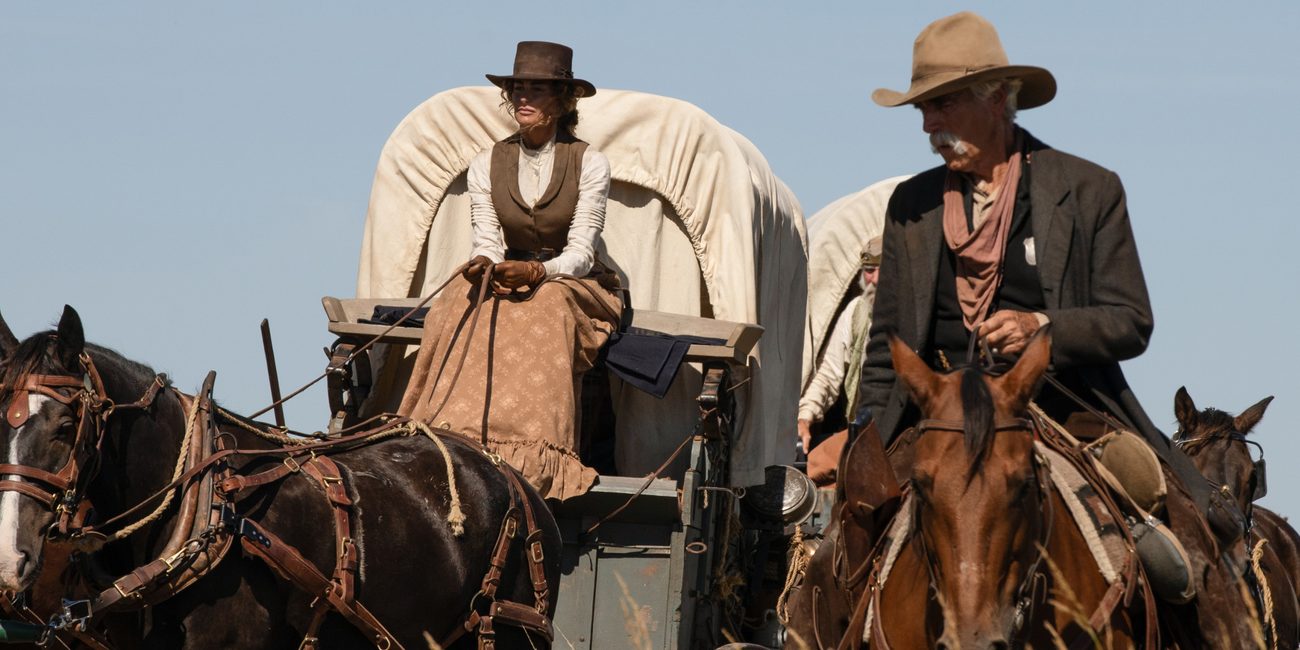 ‘1883’ episode 4 picks up after James Dutton (Tim McGraw), and Shea Brennan (Sam Elliott) put aside their differences and continue their journey towards Oregon. However, they must still make a risky river crossing that will test all the travelers’ courage and resolve. The immigrants, including Josef, begin to doubt Shea’s leadership. Elsewhere, Elsa and Ennis grow closer. If you are looking for a detailed rundown of the episode’s events, we’ve got you covered! Here’s everything you need to know about the ending of ‘1883’ episode 4! SPOILERS AHEAD!

The fourth episode of ‘1883’ titled ‘The Crossing’ opens with Elsa admiring the beauty of her surroundings while becoming convinced that she is meant to be a cowboy. While walking through the camp, Elsa meets an immigrant woman who sews pants. Elsa trades some gold for a pair of pants and has her dress altered to be comfortable while horseriding. Shea, Thomas, Josef, Grady, and James discuss their path forward while resting in the camp. Grady believes that they should have crossed the river while they had the chance. The men agree that the level of the stream and the current will make it a difficult crossing, but they must undertake it anyway.

However, the group’s problems are increased as Josef reveals the immigrants are inadept at swimming. Thomas and Shea also begin to worry about the group’s supplies. Josef ponders whether the hardships of the journey are worth reaching the destination. Shea reassures him that a better life awaits the immigrants in Oregon. During the night, Noemi offers Thomas some food, and they have a conversation. Despite Thomas’ reluctance, he finds himself growing attached to Noemi.

At his tent, James informs Margaret that they will be crossing the river at night as it is unsafe to be behind the inexperienced immigrants during the crossing. Margaret prepares to drive the wagon through the stream while James heads to get Elsa. Ennis and Elsa are looking after the cattle and share their first kiss. However, they are interrupted by James. Elsa decides to remain behind to help with the cattle, and the rest of the Duttons cross the river. Tensions arise in the camp after Shea forces the immigrants to leave their possessions behind.

1883 Episode 4 Ending: What Happens to the Caravan?

By the episode’s end, Shea begins to prepare the group of travelers for the difficult task of crossing the river. However, he loses his cool when the immigrants refuse to empty their wagons and leave behind the stuff they carry. Shea forces the travelers to leave behind their belongings, and Josef tries to reason with the former soldier. He argues that most of the items that Shea is asking his people to leave behind are necessary for them to earn their living. Therefore, even if they make it to Oregon, they would have no means to survive in their new surroundings. Nonetheless, Shea is adamant, and the immigrants reluctantly comply with the orders.

When Shea arrives at the crossing area, he finds James waiting for him on the other side. James has assessed the current’s flow and stream’s depth. Thus, he is able to suggest a suitable section of the river for the crossing. James and Margaret help the immigrants from the other side as the wagons begin to cross the river one by one. Despite Shea, Thomas, James, and Margaret’s best efforts, the crossing proves difficult for the travelers, and many of them drown in the river. The caravan succeeds in crossing the river but suffers a great number of casualties in the process.

The episode’s ending reinforces the importance of Shea’s decision to force the travelers to leave their belongings behind. Considering that the immigrants are inexperienced horseriders, wagon drivers, and swimmers, it was a near certainty that they wouldn’t have survived the crossing with all the heavy equipment they were carrying. Moreover, one person’s mistake could have dragged the entire group down, and there could have been many more casualties. The incident should serve as a wake-up call to the immigrants who will certainly think twice before doubting Shea’s decisions henceforth. Ultimately, the episode’s ending reiterates that the arduous journey undertaken by the caravan is doomed irrespective of Shea and his allies’ best efforts.